When you picture an idyllic wine tasting room, somewhere that has views of neatly manicured grapevines likely comes to mind. Some of the best winery tasting rooms, however, have something completely different: a view that overlooks an industrial, not-so-neatly-manicured skyline.

This is often the case at urban wineries. It may sound like a new concept, but long before Napa became the poster child for American wine country, urban wineries were fairly common in major US cities. And, like vinyl, they’ve been making a comeback since the early 2000s.

Next time you’re craving a tasting but can’t make it to wine country, trade in Napa’s vineyards for SF or NYC’s wineries. Even if you don’t live on either coast, you’re in luck: Urban wineries are popping up all across the country. These are the best of the best, whether you’re in Tennessee, Texas, or Ohio. 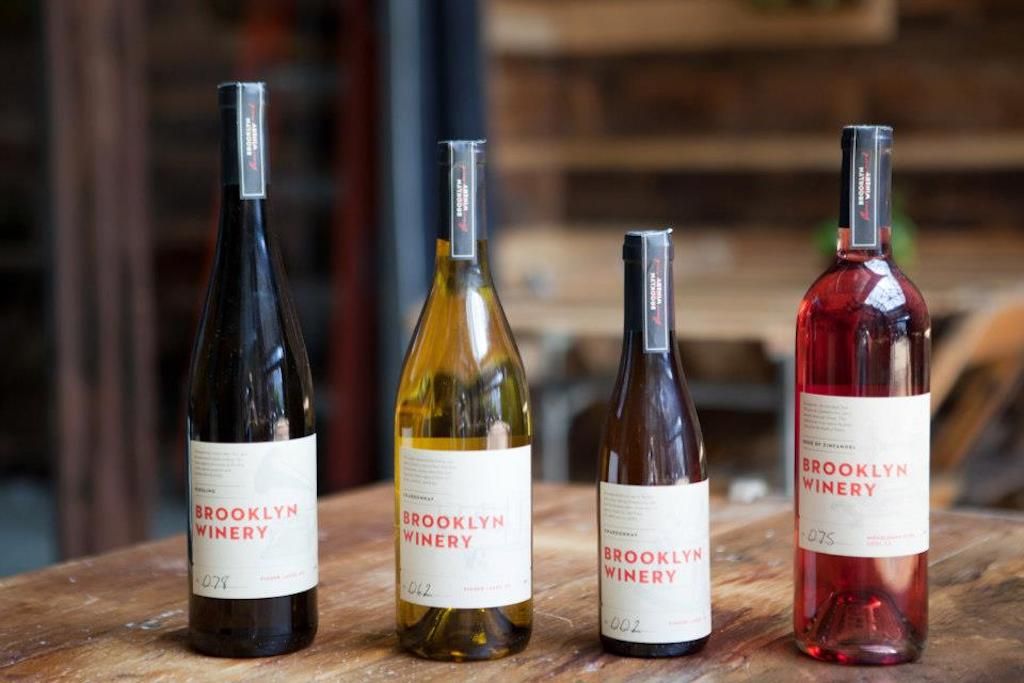 Brooklyn is a hotbed of hip urban wineries. There’s Rooftop Reds, which has one of the world’s first commercial rooftop vineyards, and Red Hook Winery, which sources its grapes from around New York state and serves them up with killer views of Manhattan and the Statue of Liberty. If you only have time for one Brooklyn winery, though, we recommend the Brooklyn Winery.

Tour the airy, stylish Williamsburg space and sample a few labels for $35, or cough up an extra $10 for cheese pairings. The winery also hosts special events like blind tastings and wine education classes, as well as an on-site wine bar where you can drink by the glass, half bottle, or bottle, and fill up on bar snacks, antipasti, and shared plates.

The Infinite Monkey Theorem in Denver, Colorado, and Austin, Texas 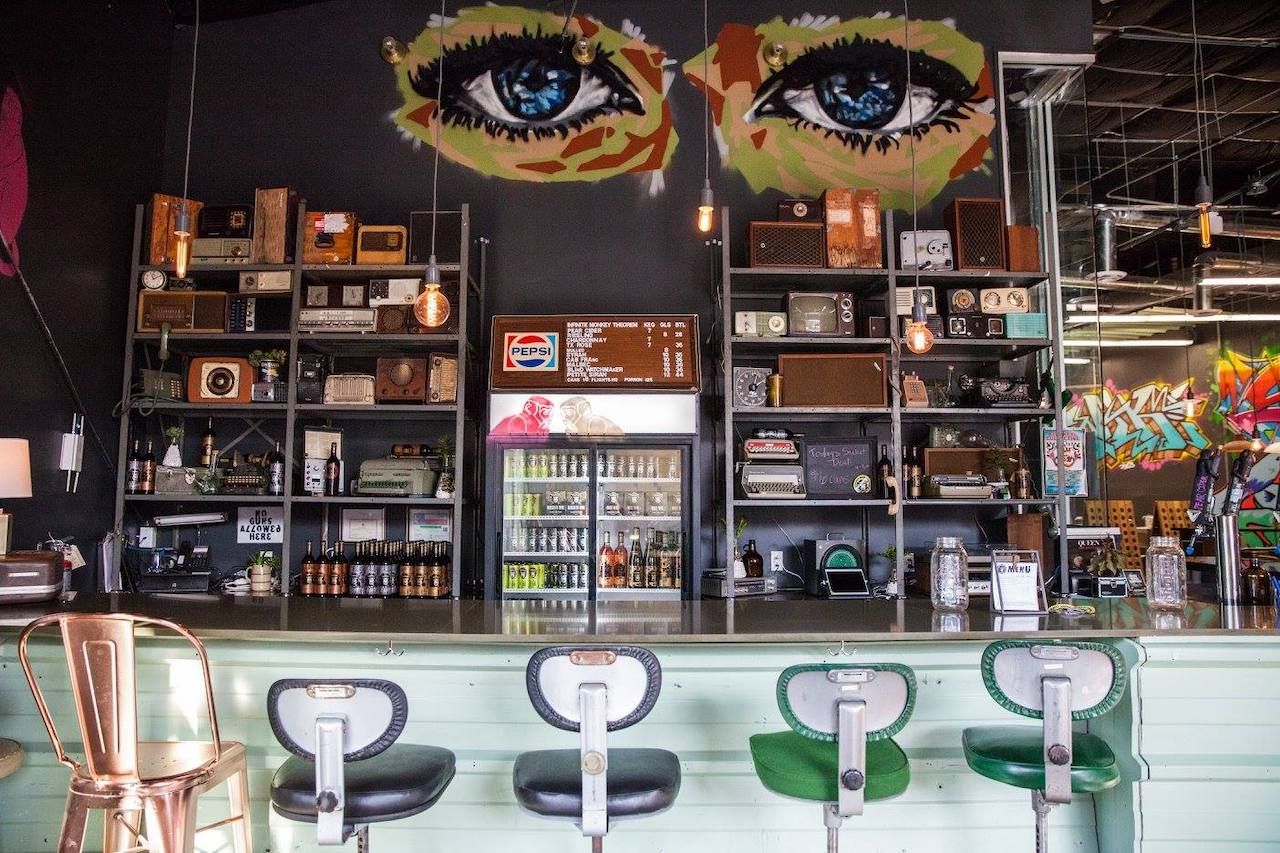 Among the pioneers of canned wine, The Infinite Monkey Theorem has been nothing if not boundary-pushing since getting its start in 2008. The winery’s original Denver location helped reshape the city’s downtown core, gave beer-loving locals an easy-to-drink alternative, and redefined urban winemaking at large. Now with a second location in Austin, The Infinite Monkey Theorem sources its grapes locally from Colorado and Texas, then ages them in its casual yet cool warehouses to give “the winery access to the city and the city access to the winery.” Hour-long tours and tastings will run you $25, or $35 for a private tour.

Donkey and Goat in Berkeley, California 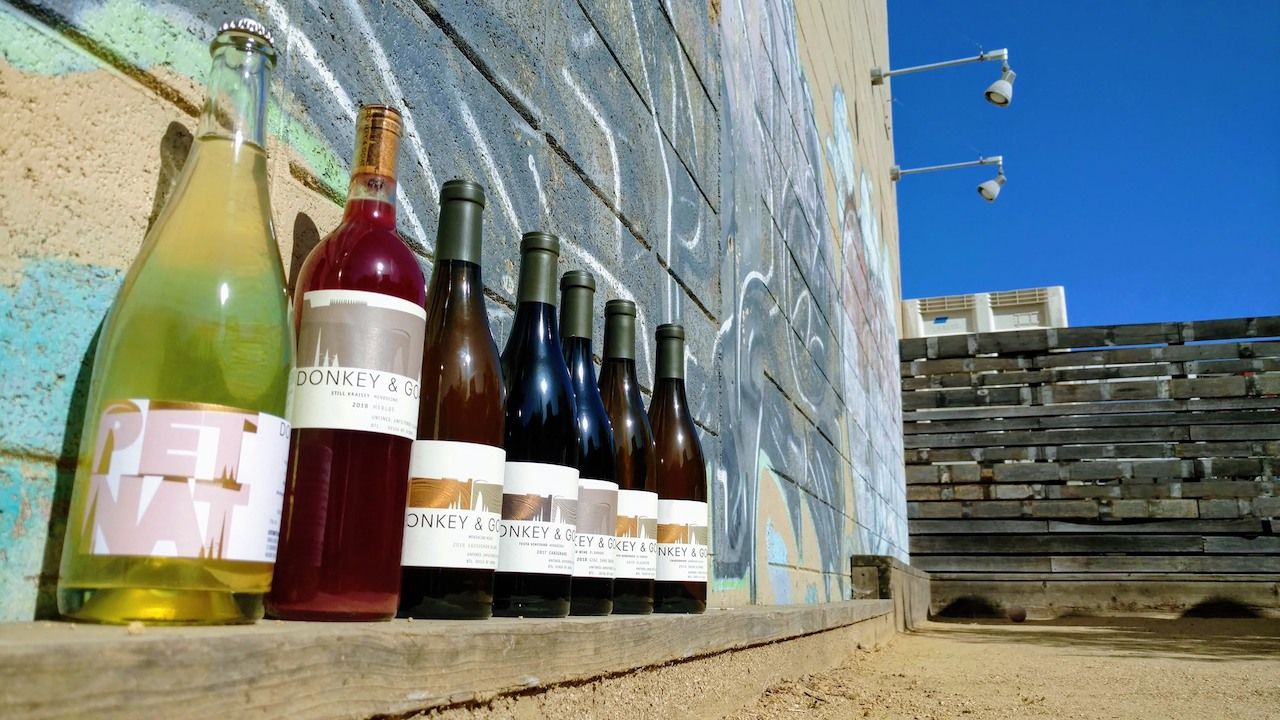 Donkey and Goat lets you sample some of California’s finest grapes without schlepping all the way to wine country. Biodynamic practices underpin the winery’s process — which starts with sustainably farmed grapes from Napa, Mendocino, and Sierra Nevada vineyards — yielding additive-free, wild-yeast wines made from familiar grapes like pinot noir and chardonnay as well as wines from lesser seen grapes like picpoul and counoise. The tasting room, found in Berkeley’s bohemian Gilman neighborhood, welcomes walk-in tastings from Friday to Sunday for groups of six or fewer. Larger parties are asked to reserve tours and tastings in advance. 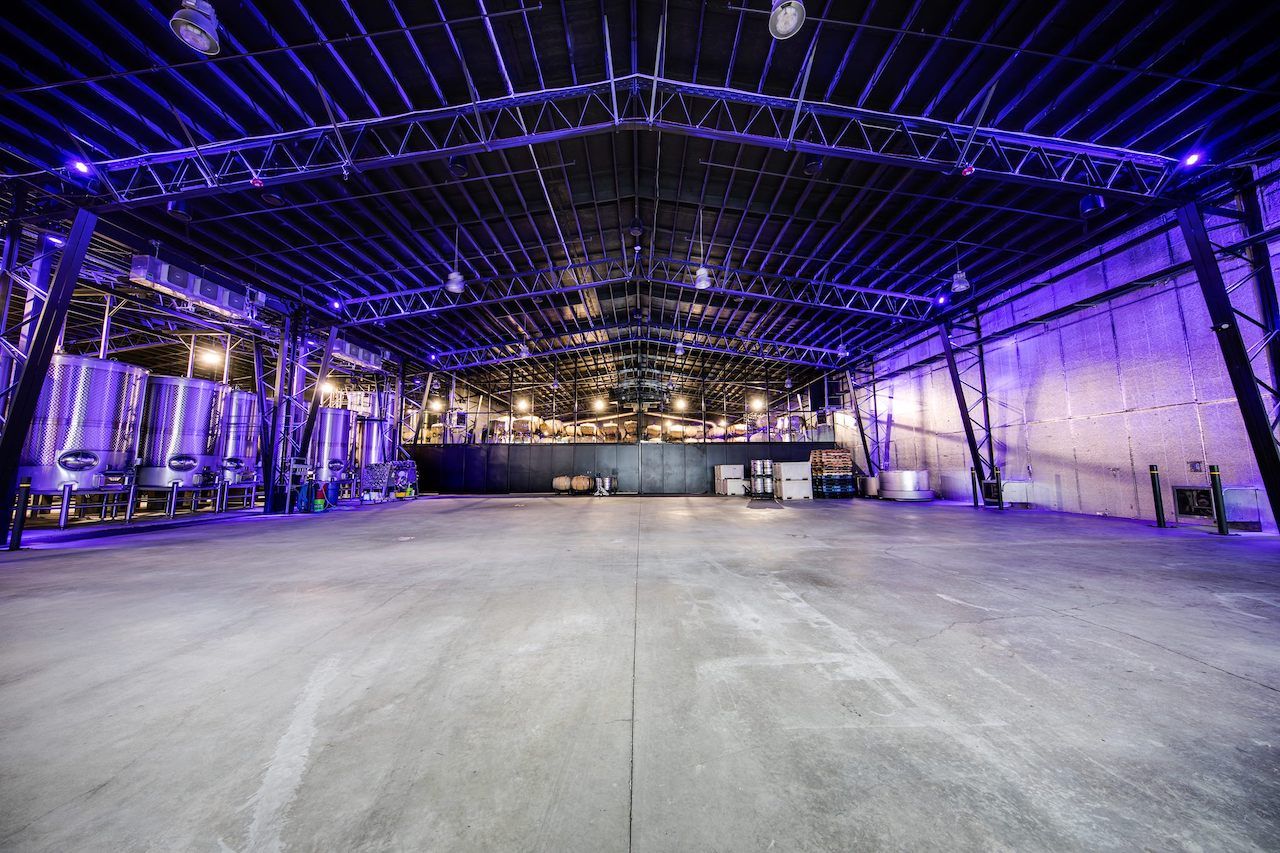 Seattle is a coffee city. Ask any local, and they’ll probably say it’s the coffee city, with more coffee shops per capita than almost any other in the US. Unbeknownst to some, however, Seattle is also a wine city with more than 20 urban wineries to its name.

Band manager turned renegade vintner Charles Smith, who’s been named Winemaker of the Year by both Food & Wine and Wine Enthusiast, has contributed to Washington’s wine scene both within and outside city limits. More than a decade after opening his first winery, K Vintners, at the base of the Blue Mountains, Smith brought his talents to Seattle in 2015 with Jet City, one of the most prolific urban wineries in the western US. The rustic-meets-industrial space in the Georgetown neighborhood is effortlessly cool with a slight aviation motif and dual tasting rooms, one upstairs and one downstairs. Tasting fees are waived if you buy two or more bottles. 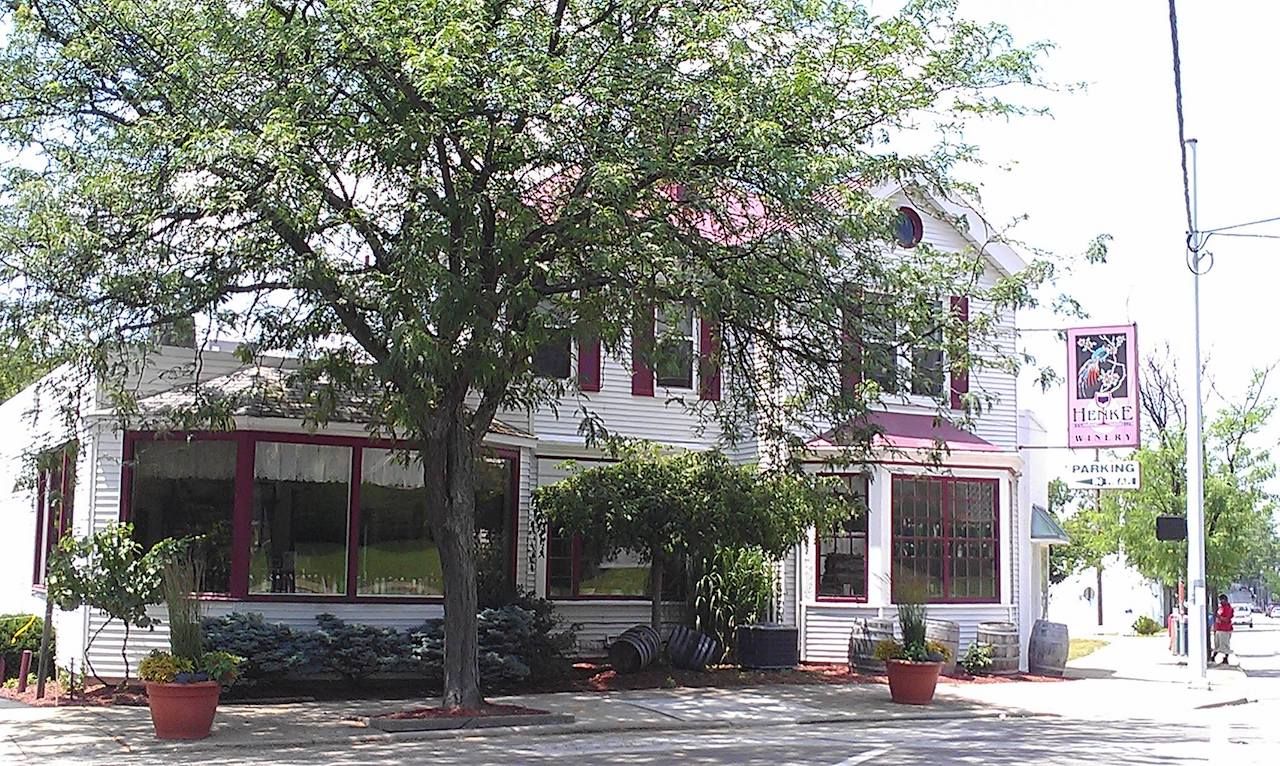 Wine tasting at Henke is like taking a cross-country trip through America’s vineyards without ever leaving Cincinnati. Since 1996, the winery’s been churning out delicious bottles from grapes grown in California, Kentucky, Indiana, the Finger Lakes, and its home state of Ohio. The selection ranges from dry red and whites to sweet reds, whites, and blush wines.

Sample sparkling chardonnay or sip on sur lie Seyval. It’s hard to go wrong with Henke’s long list of award-winning wines. Single tastes are just $2 while five wine tastings cost $10 and come with a souvenir glass. After, stick around for a meal if you enjoy French-American fare like cheese and charcuterie plates, mussels in white wine sauce, or a classic New York strip steak. 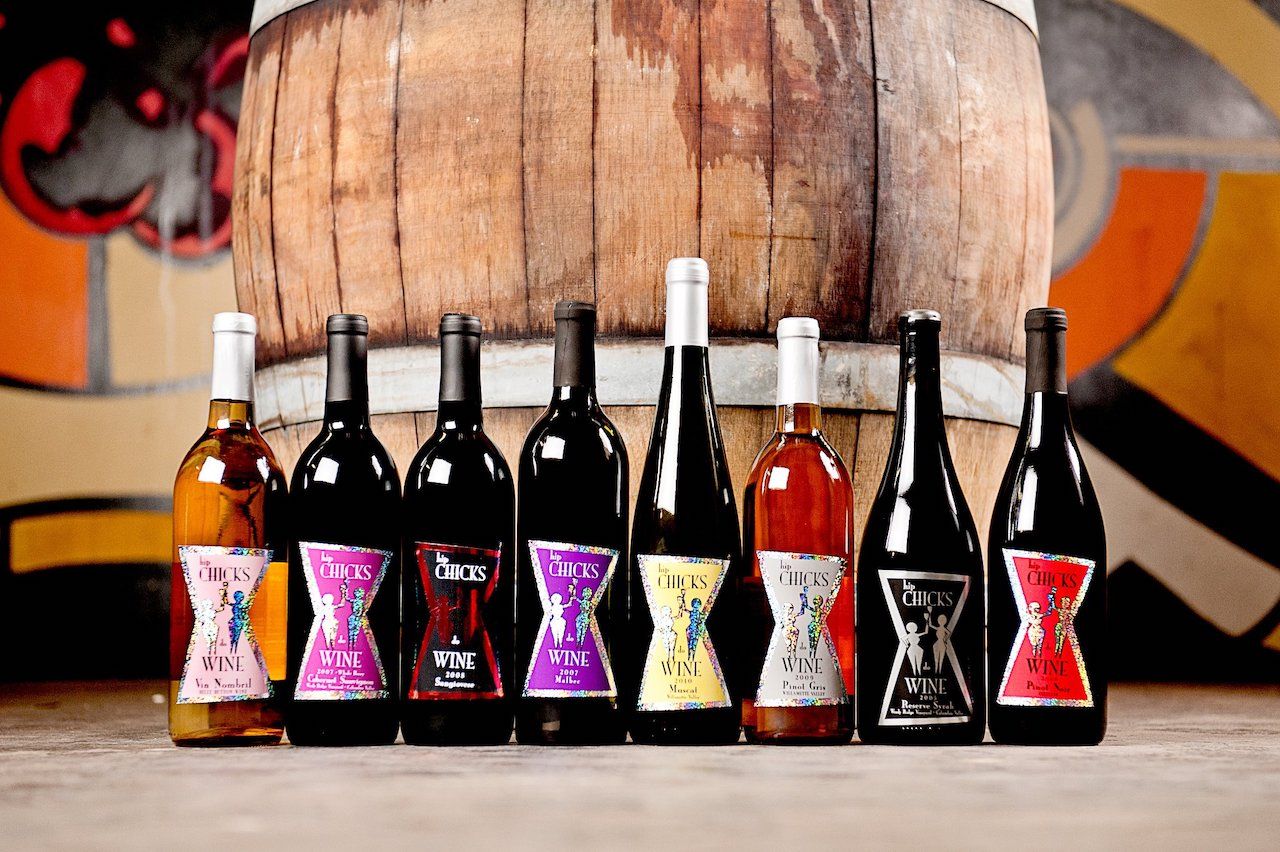 Like most trends, urban wineries hit Portland hard when they began regaining popularity. Specializing in no-frills wine that pairs well with food, Hip Chicks do Wine stands out from the rest, showcasing Oregon’s vineyards by meddling with the grapes as little as possible.

Situated in southeast Portland near the Brooklyn neighborhood, Hip Chicks do Wine is open every day except Tuesday and Wednesday. Three wine tastings go for $10 while six wine flights cost just $5 more. You can also attend special events like the Summer Sangria Party and Pinot, Pork, and Port event in July. For even more on Portland’s urban winery scene, check out the PDX Urban Wineries Association. 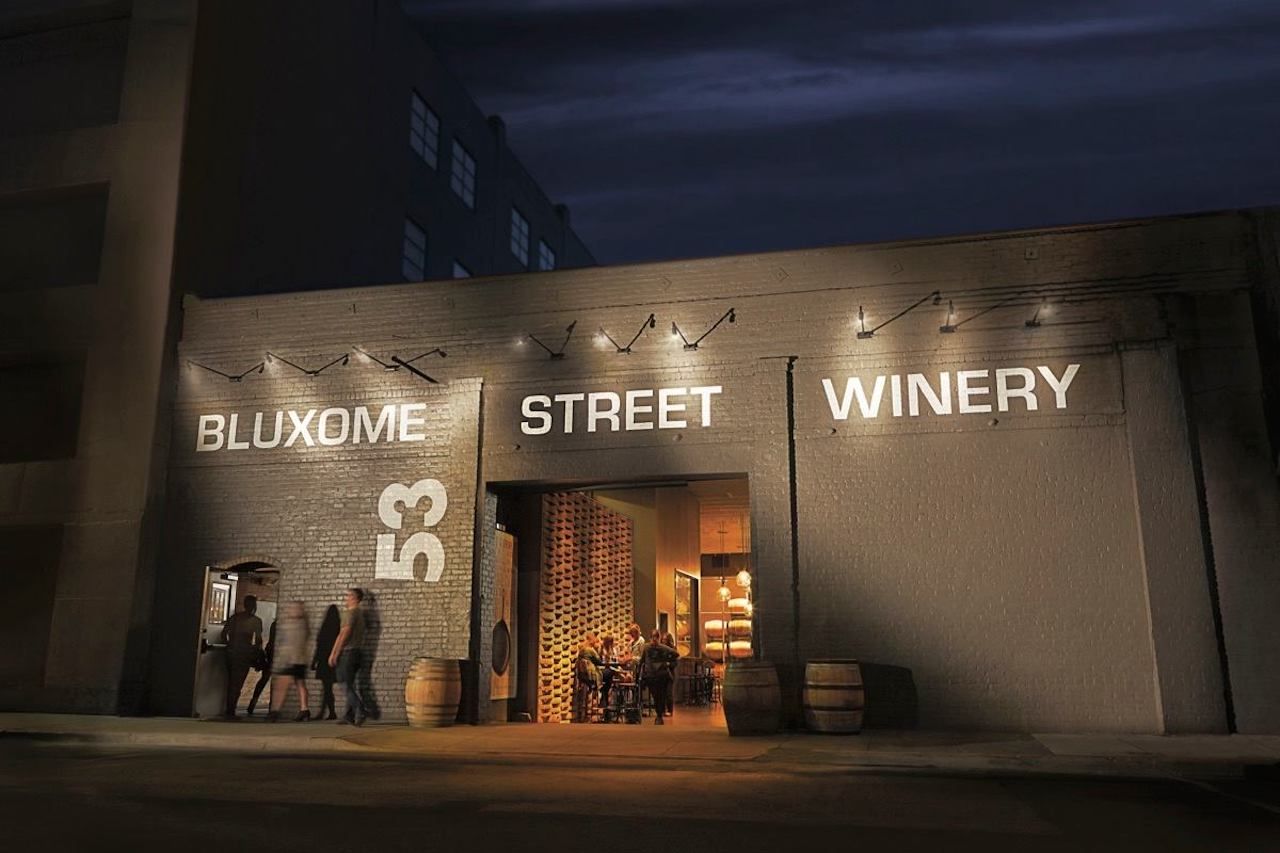 Before the 1906 earthquake hit, San Francisco’s wine scene was better known than that of Napa or Sonoma, where the Bluxome Street Winery gets its grapes today. Most grapes come from the Russian River Valley, which means chardonnay and delicious pinots are always on the menu. In fact, single-vineyard pinot noirs are this winery’s viticultural darlings.

Expect trendy tunes, chic decor, and all the trappings of a popular happy hour spot in the SoMa neighborhood, where most of the city’s tech bros are concentrated. Bluxome Street Winery is open daily from 1:00 to 8:00 PM, barring dates booked for private events. Drop-ins are welcome, but groups of five or more should reserve tastings in advance. 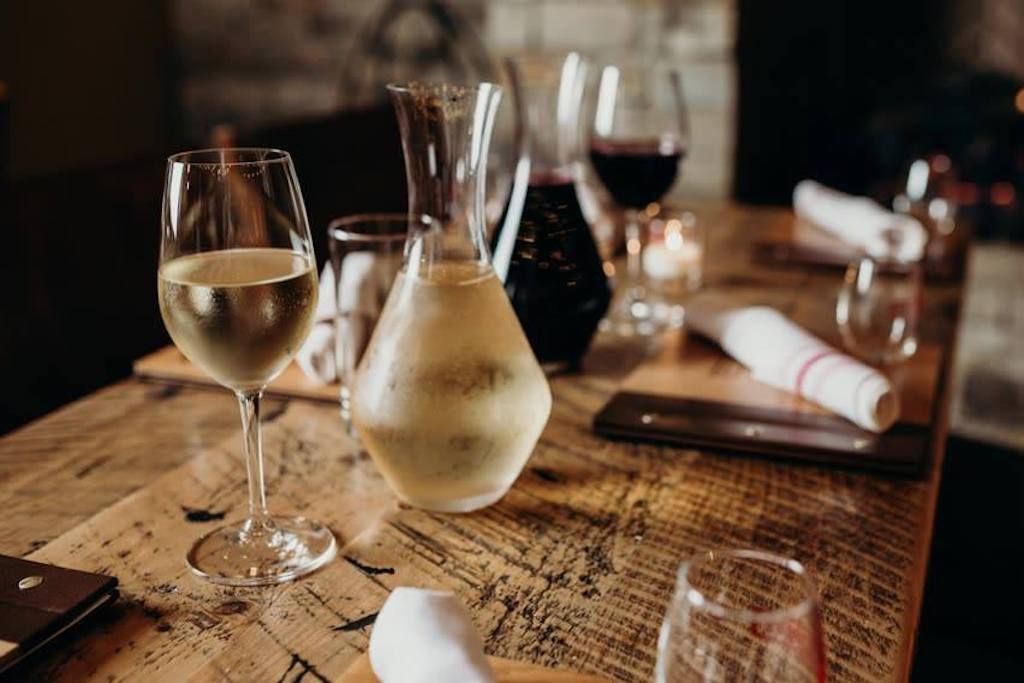 …and Atlanta, Boston, Nashville, and DC. City Winery deserves a special mention simply because it has outposts in several of the country’s hottest cities. Well, that, and because it’s pretty great. What started as a hybrid winery, restaurant, and music venue in NYC has since become something of an urban winery empire that shows no signs of stopping. Grapes are imported from around the world to make the City Winery magic happen, lending to unique blends with a local touch, wherever that locale may be. Check out the website to see what tastings and special events are being held in a city near you.

WineA Winery Is Turning All of New York City Into a Vineyard for Charity
Tagged
Trip Planning Wine United States
What did you think of this story?
Meh
Good
Awesome