Saying that you go to Las Vegas for the “shows” is about as credible as saying you read Playboy for the “articles.” But in Black Hawk, Colorado — the state’s very own mini Las Vegas — no one will bat an eyelash when you say you went to the casino-packed small town for the “mountain air.”

Sure, Black Hawk is home to 18 casinos and only 127 permanent residents, and gambling is certainly a way of life there — but the winding mountain roads and sheer remoteness of this former mining settlement make it worth a trip even for non-gamblers.

Colorado’s least populous town is certainly an anomaly. Sitting at an elevation of 8,500 feet and surrounded by mountains, the small town doesn’t exactly fit the Sin City stereotype, and even feels like an antithesis to Vegas’ bustling streets, bright lights, and flashy aesthetic. But Black Hawk’s charm lies in its subversion of expectations, and indeed, the fact that it even exists at all does exactly that. Here’s everything you need to know about Colorado’s high-altitude Vegas. 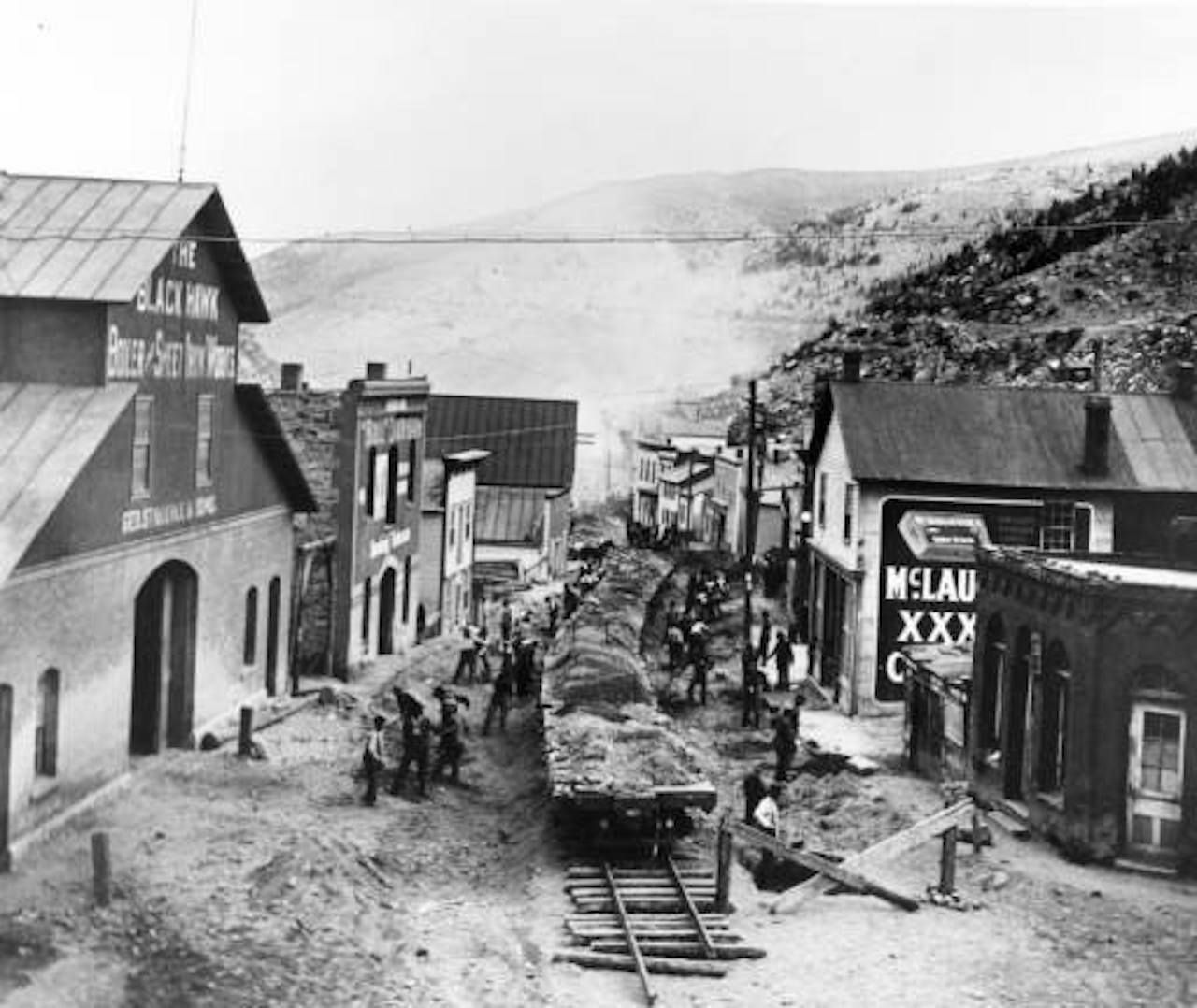 Black Hawk’s location might not exactly seem convenient for today’s travelers, but that wasn’t the case when it was founded back in the 19th century. Now, getting to Black Hawk requires you to drive about an hour west from Denver along Interstate 70, and then take the zigzagging Route 19 through a narrow mountainous canyon. For much of the ride you may doubt you’re going in the right direction, as a city filled with casinos sounds about as unlikely in this remote place as, well, a city of casinos in the middle of the Mojave Desert.

But after its founding in 1859, Black Hawk’s location was considered ideal by prospectors during the Gold Rush, and it quickly became a popular destination for miners and travelers. The water-powered stamp mills used to process tons of ore coming through town earned Black Hawk the nickname “City of Mills.” When the Colorado Central Railway extended its line to Black Hawk in 1872, establishing a crucial link between the town and the surrounding region, accessing this mountain town became easier than ever. 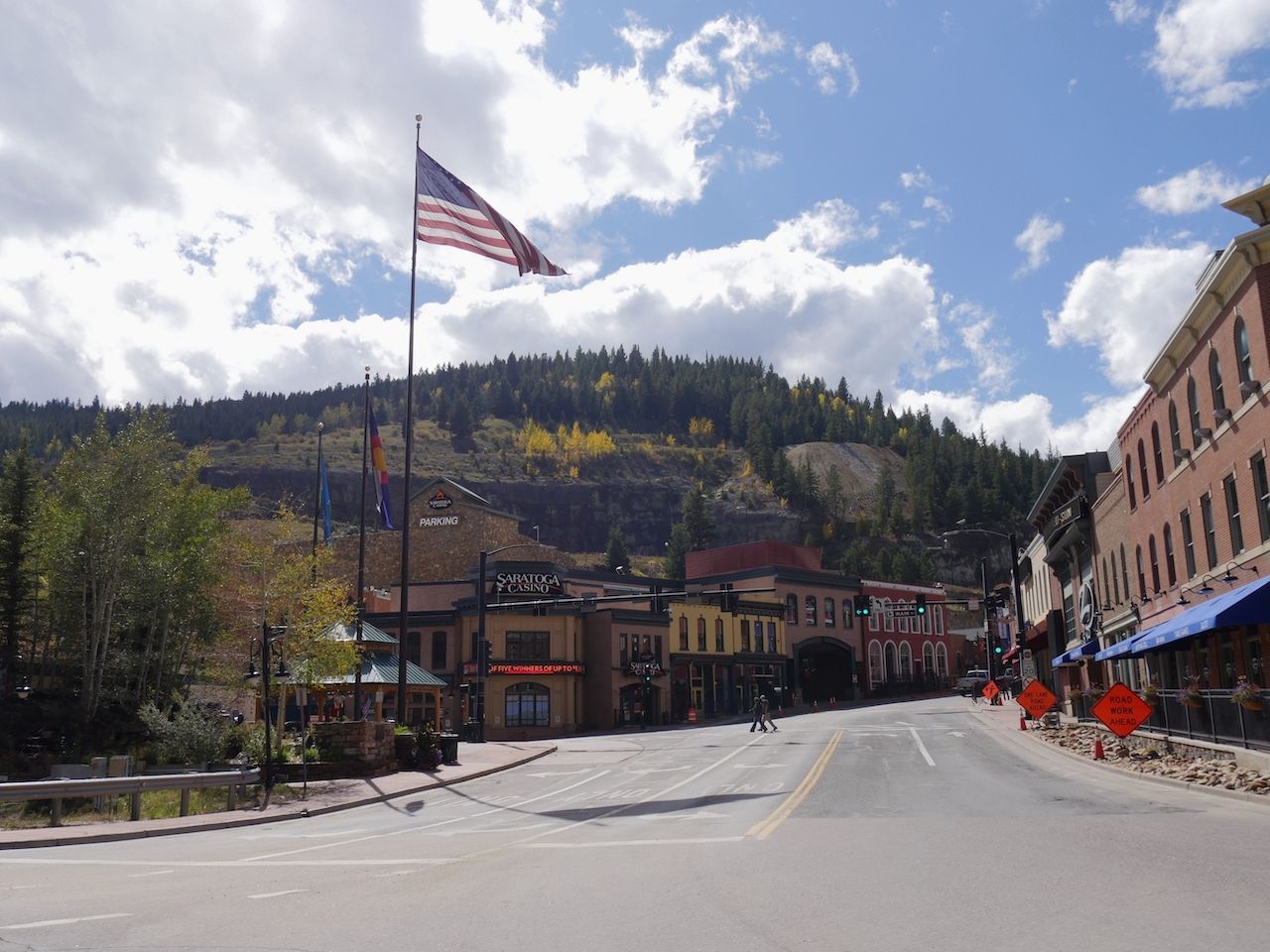 The decline and collapse of the mining industry during the 20th century caused Black Hawk to deteriorate, but a new industry soon took its place: casinos. Decades of economic decline in Colorado led to the passage of a ballot measure in 1991 that allows limited-stakes gambling in the state. What started with the opening of two small casinos in historic Black Hawk buildings has since become a booming industry, with 18 casinos generating over $20,000 of revenue per day.

Black Hawk may not be a Gold Rush town anymore, but millions of people are still visiting with the hope of striking it rich. What makes Black Hawk truly unique — particularly among ex-mining towns — is that the casino industry didn’t just have a profound economic impact on the town; it also transformed the city’s identity completely. Although situated in a narrow valley between the mountains, where open space is not in abundance, the casinos’ popularity has resulted in the entire town being rebuilt and reconfigured. Roads, utilities, retaining walls, and other aspects of Black Hawk’s infrastructure have been built and organized to facilitate casino traffic. Historic homes have even been relocated away from new casino development and onto newly built hillside neighborhoods.

How to do Black Hawk right 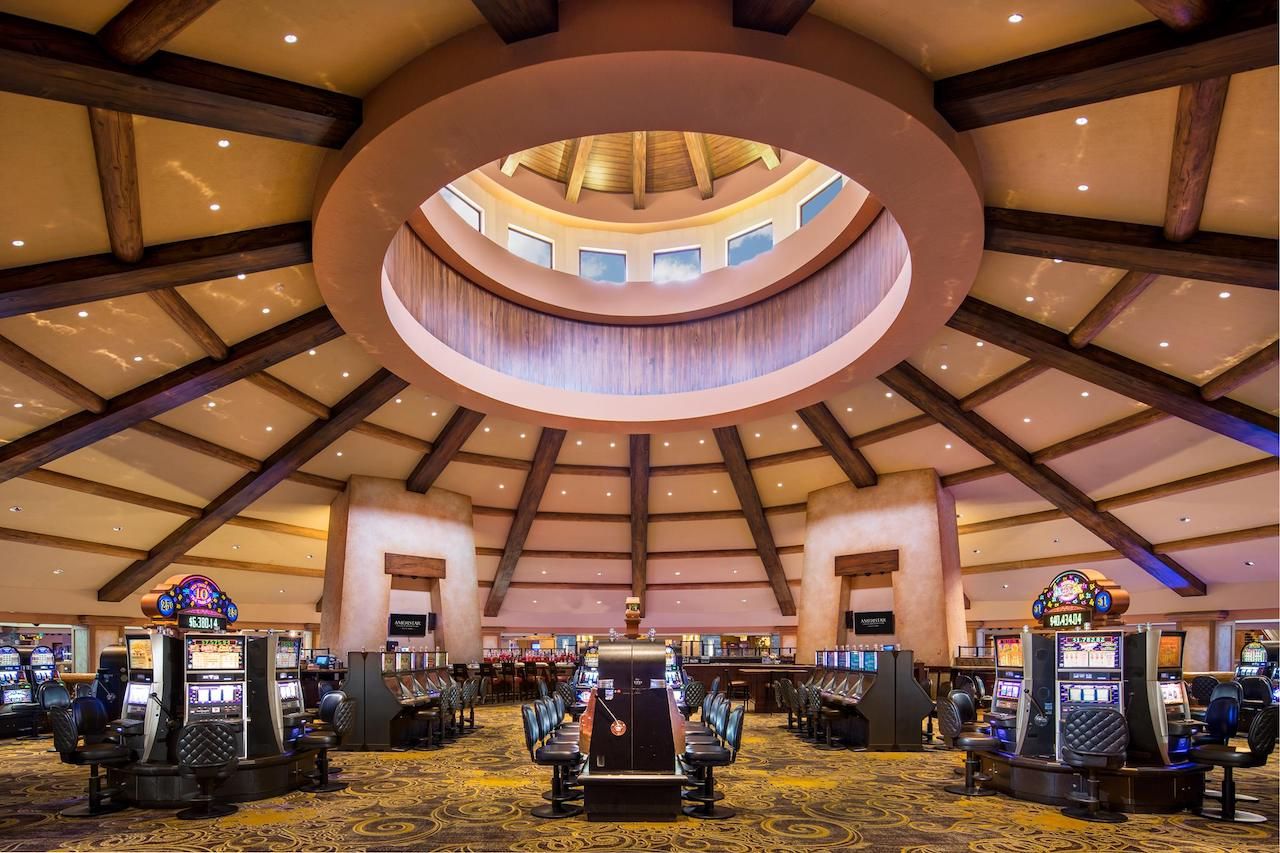 If you’ve never heard of Black Hawk before, you might expect to find a few gas stations or — if you’re lucky — a roadside cafe, while traveling along the remote and winding Route 70. When high-rise hotels peek out from behind the mountains, and glittering casino signs appear out of nowhere, it can be a bit jarring; but that’s part of the city’s bizarre charm. Black Hawk has plenty of upscale restaurants, buffets, hotels, and bars to make you feel like you’re on the Strip — just 8,500 feet up in the mountains.

The largest hotel in Black Hawk is the Ameristar, with a spa, rooftop pool and hot tub, and of course, a sprawling buffet. If you’re really looking to pack away the calories, you can feast at the hotel’s Centennial Buffet, but for a little fresh air and a break from the casinos, head to the Buffawhale Coffee & Tea Company. Located right down the street from the Saratoga Casino, this cafe is the perfect morning pit stop, with a variety of breakfast burritos and tacos. 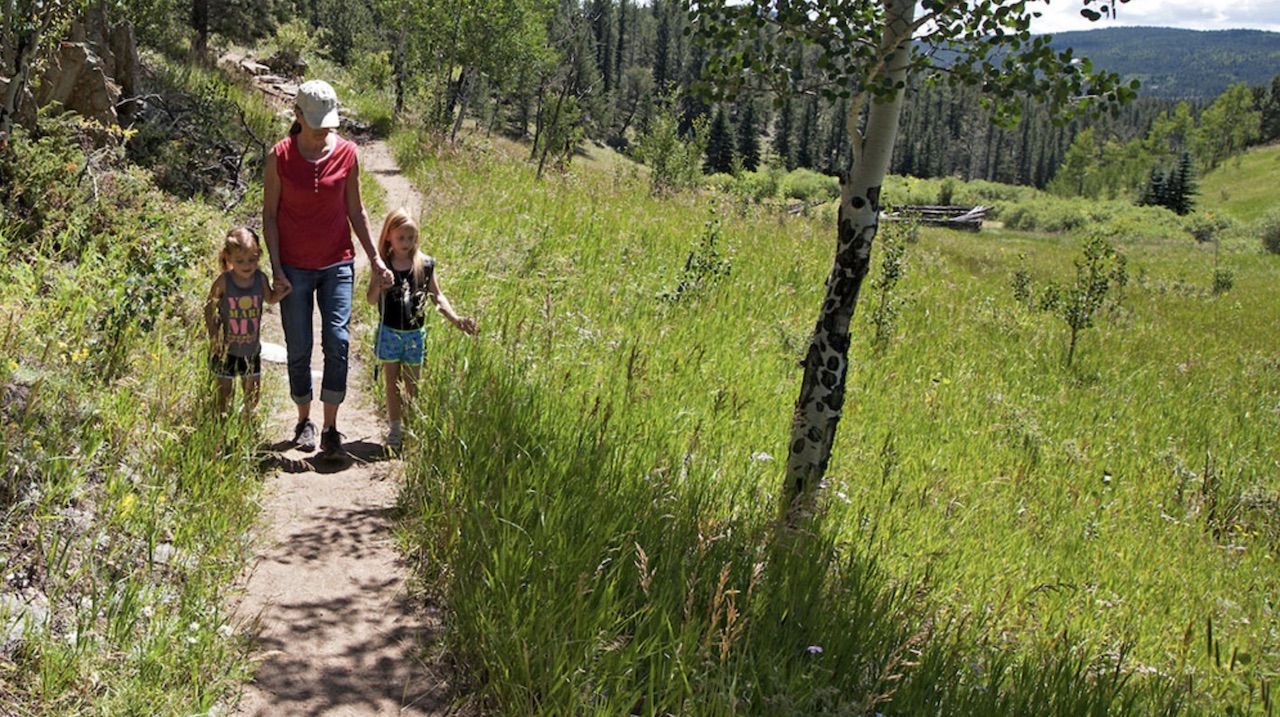 When you really need a casino break — or when you’ve lost all your money — the Golden Gate Canyon State Park is just 10 miles away. Regardless of your luck at the craps table, a trip to this state park will make sure your weekend in Black Hawk is filled with good memories. The park has over 35 miles of trails for hikers, horseback riders, and mountain bikers, with the 7.4-mile Mule Deer Trail being one of the most popular. It’s the ideal vacation from your vacation, especially when you start seeing spinning slot machine columns in your sleep.

A sister city of sin 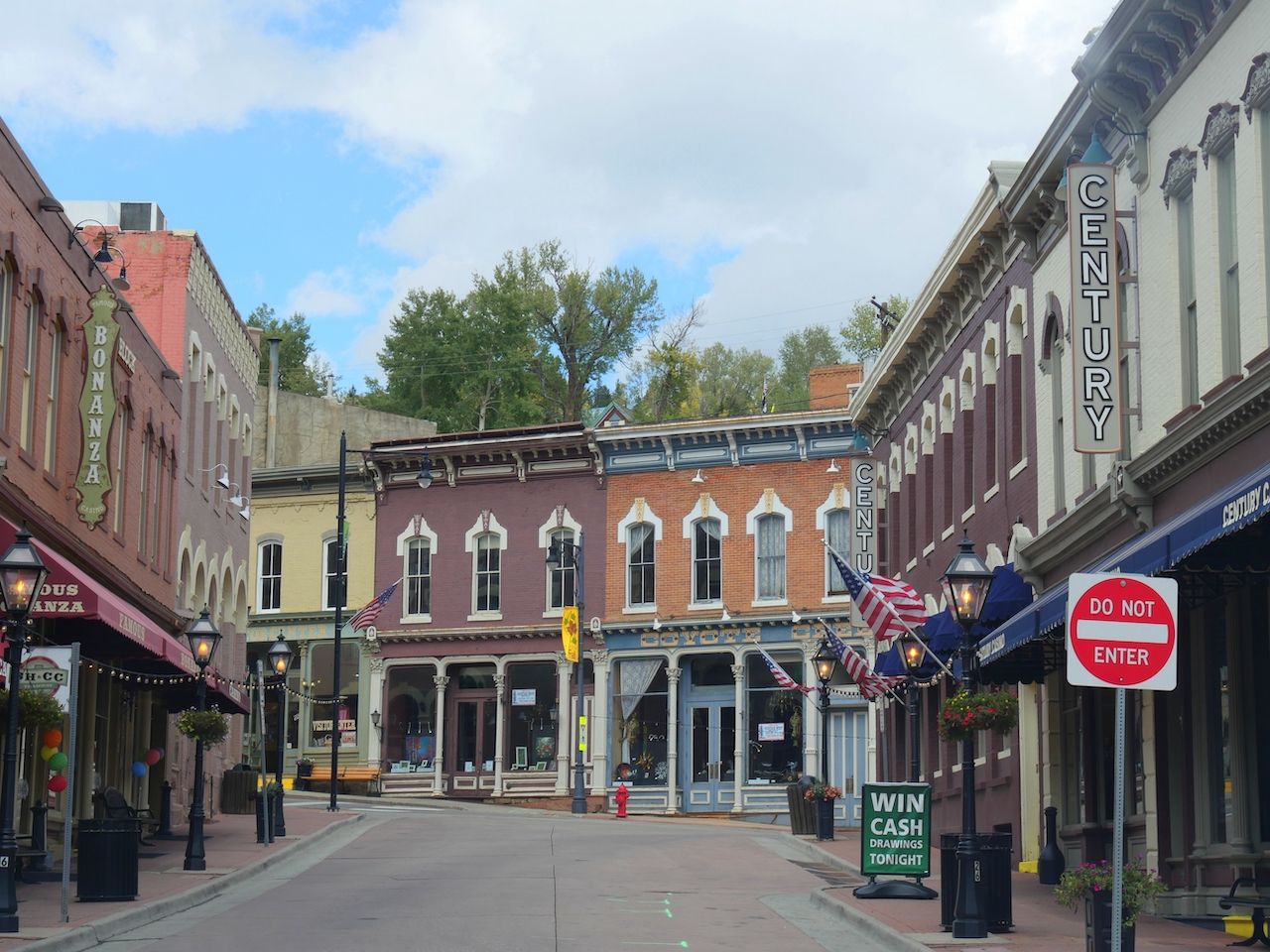 For casinos that are reminiscent of the area’s old mining heritage, head five minutes down the road to Central City. Like Black Hawk, Central City is an old mining town turned gambler’s paradise, though zoning rules ban the high-rise casino hotels you’ll find in Black Hawk. The result is more casinos housed in original historic buildings, and far fewer massive hotel complexes. With only six, smaller casinos in Central City, the place lacks Black Hawk’s quasi-Vegas vibe, and feels more in touch with its mining roots.

Although Central City was initially expected to be the area’s most popular casino destination, Colorado’s State Highway 119 passes through Black Hawk first, making it more convenient for travelers. Central City is worth driving the extra two miles for those who prefer a more laid-back mountain vibe. The city’s Main Street is reminiscent of a Wild West movie, but luckily you won’t have to worry about any spontaneous shootouts taking place in the middle of the road.

Be sure to take a tour of the Hidee Gold Mine. Located in Virginia Canyon right outside Central City, and just a 10-minute drive from Black Hawk, the gold mine has been intermittently operational since 1896. Tours are led by miners with intimate knowledge of the mine and of the area’s history, and you’ll even be able to try gold panning — the process of using a pan to sift for gold. Check out the range of tour options, and reserve an experience online.