The endless stream of taxis shuttling visitors from the Harry Reid International Airport (formerly known as the McCarran International Airport) to the Las Vegas Strip is as monotonous as the turnover on the $1 poker machines and Blackjack tables. But beyond the lost wages, the sexy shows, and all the Elvis impersonators, Vegas is full of incredible things to do and see that don’t even involve losing your shirt. To really throw your cabbie for a loop, have them drop you at one of the many museums in Las Vegas (some of which are on or very near the Strip.) They are fun, interesting, and titilating, and a great change from the casino floor.

Here are 11 museums in Las Vegas that you should visit to see the best of Sin City’s culture.

The Pinball Hall of Fame 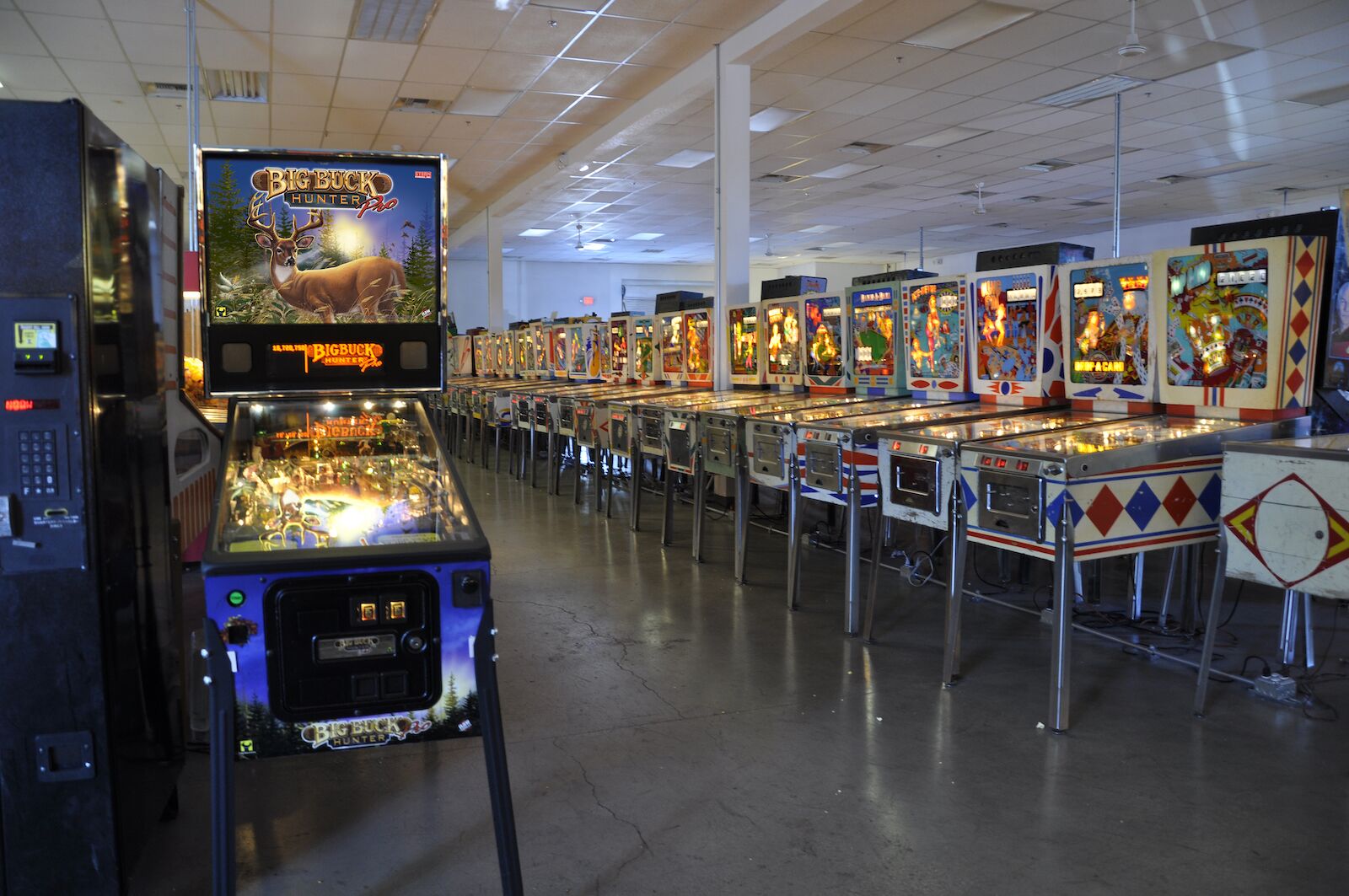 An entire hall honoring the unknown greats of pinball’s past is the best excuse you’ll ever find to journey back to your middle school days. The Pinball Hall of Fame is 25,000 square feet of pinball games dating from the 1930s to the 2020s, making it one of the world’s largest and most extensive collections of classic pinball machines. And they aren’t just for looking at. You can play on 401 different pinball tables, each ordered and chronicled in a series of detailed lists that explain exactly why that specific machine is worthy of its space on the floor. Admission is free but, just like the good old days, you’ll want to be sure you bring a pocket full of change as each game costs a quarter or two.

Museums on the Las Vegas Strip

Located inside the Luxor Hotel & Casino on the Las Vegas Strip, Bodies: The Exhibition provides an up-close look inside the human body by putting on display 13 whole-body specimens and more than 260 organs and partial body specimens. These real human bodies have been meticulously arranged giving visitors an unparalleled look at our skeletal, muscular, respiratory, and circulatory systems. The beauty, complexity, and fragility of the human body is on full display as select examples show the damage caused by overeating and smoking in an effort to encourage healthy lifestyle choices. 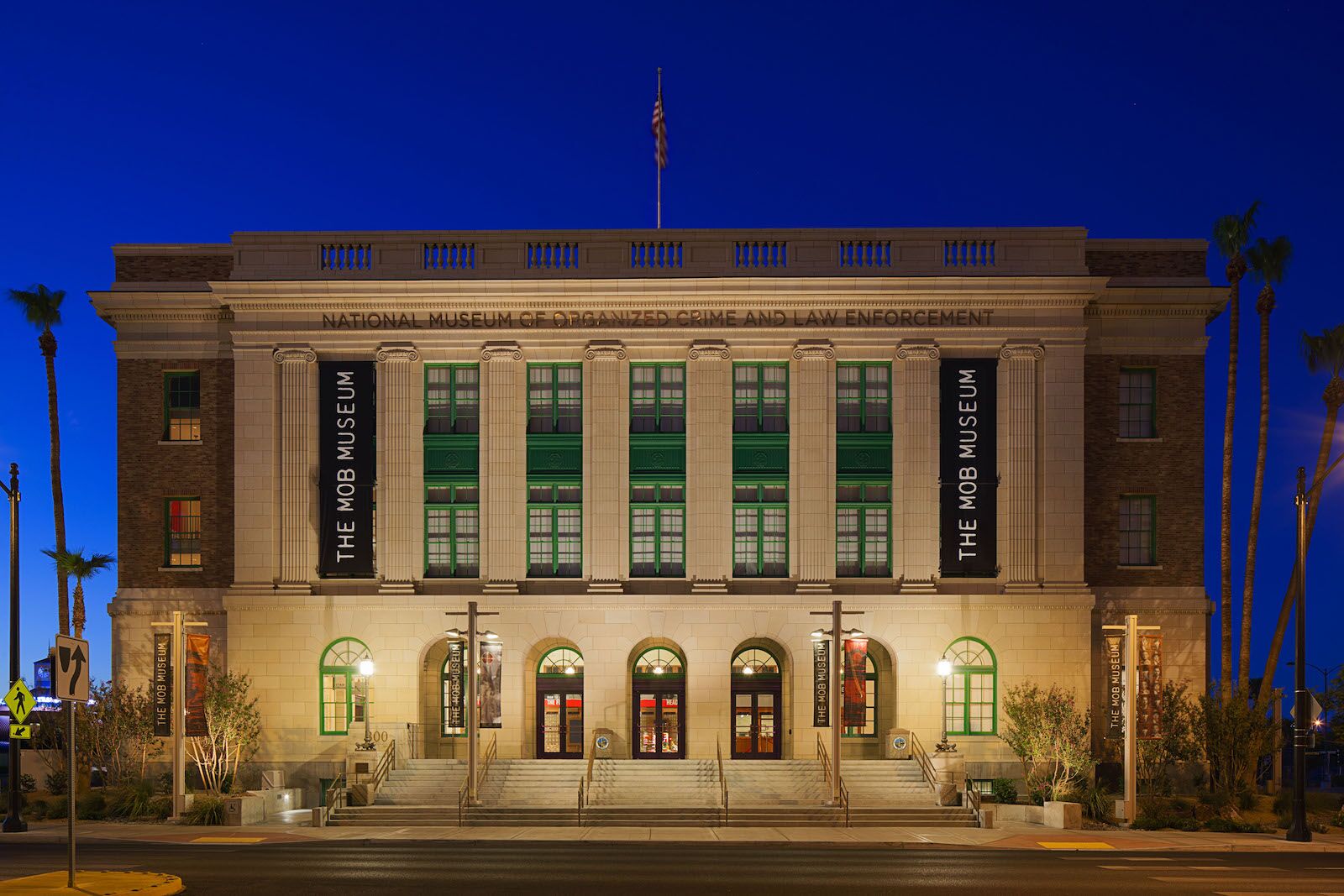 The Mob Museum is the ultimate insider’s peek into American mob activity. The museum has three floors of exhibits packed full of photos and artifacts from mob activity in Vegas and beyond, including one-of-a-kind pieces like the carefully reassembled brick wall used in the 1929 St. Valentine’s Day Massacre. You’ll learn about the impact that organized crime had on the country and in the building of Las Vegas. The facility houses a working distillery in the basement that produces spirits reminiscent of the mob-run moonshines that kept Americans satiated during the 13-year Prohibition dry spell. 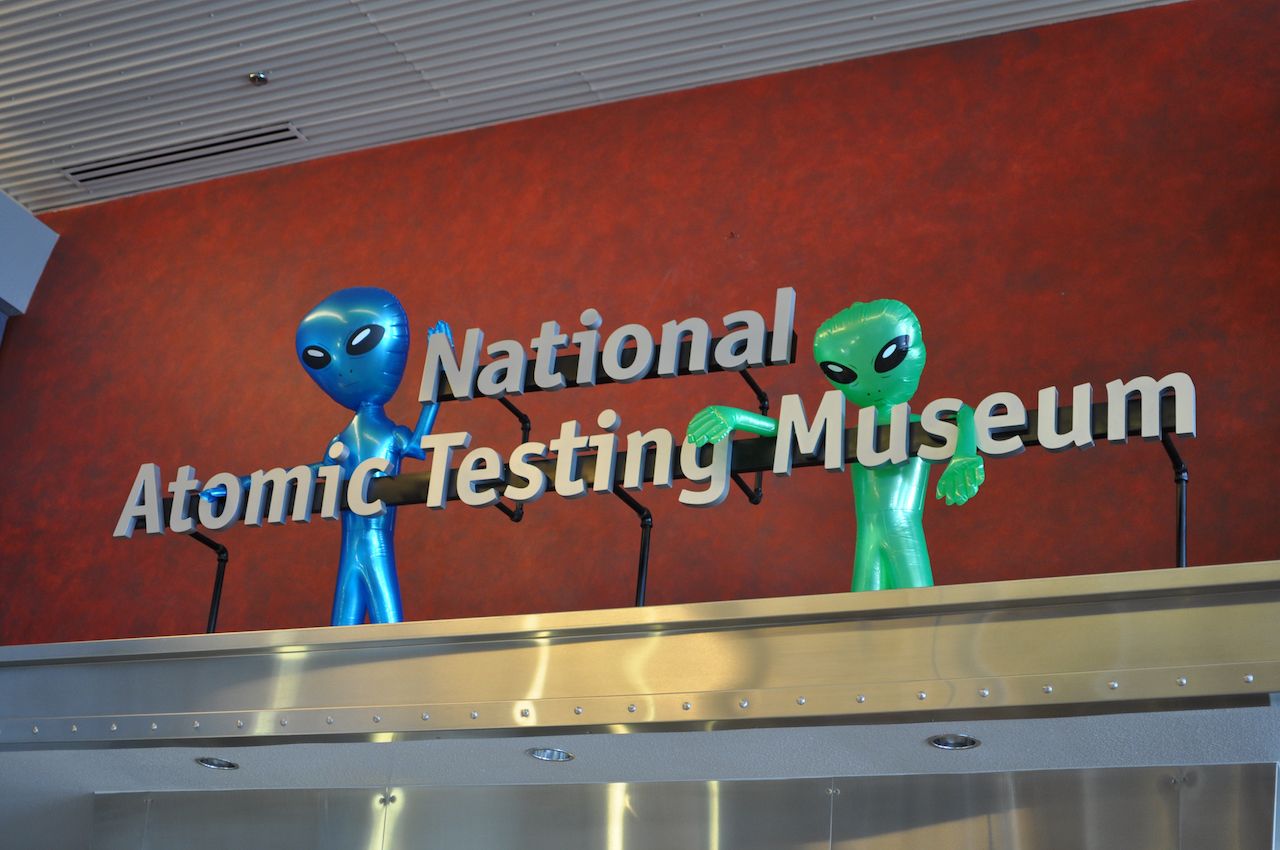 Between 1951 and 1992, 928 nuclear tests were conducted on a patch of open desert north of Vegas at the Nevada Test Site. Nuclear weapons were tested there both above and below ground, and the National Atomic Testing Museum tells the story of the site and the United States’ nuclear weapons program. You’ll find artifacts and remnants of the testing along with more than you ever wanted to know about how radiation affects the natural world, and you can even experience a simulated atmospheric bomb blast — one that won’t melt you and friends, of course. 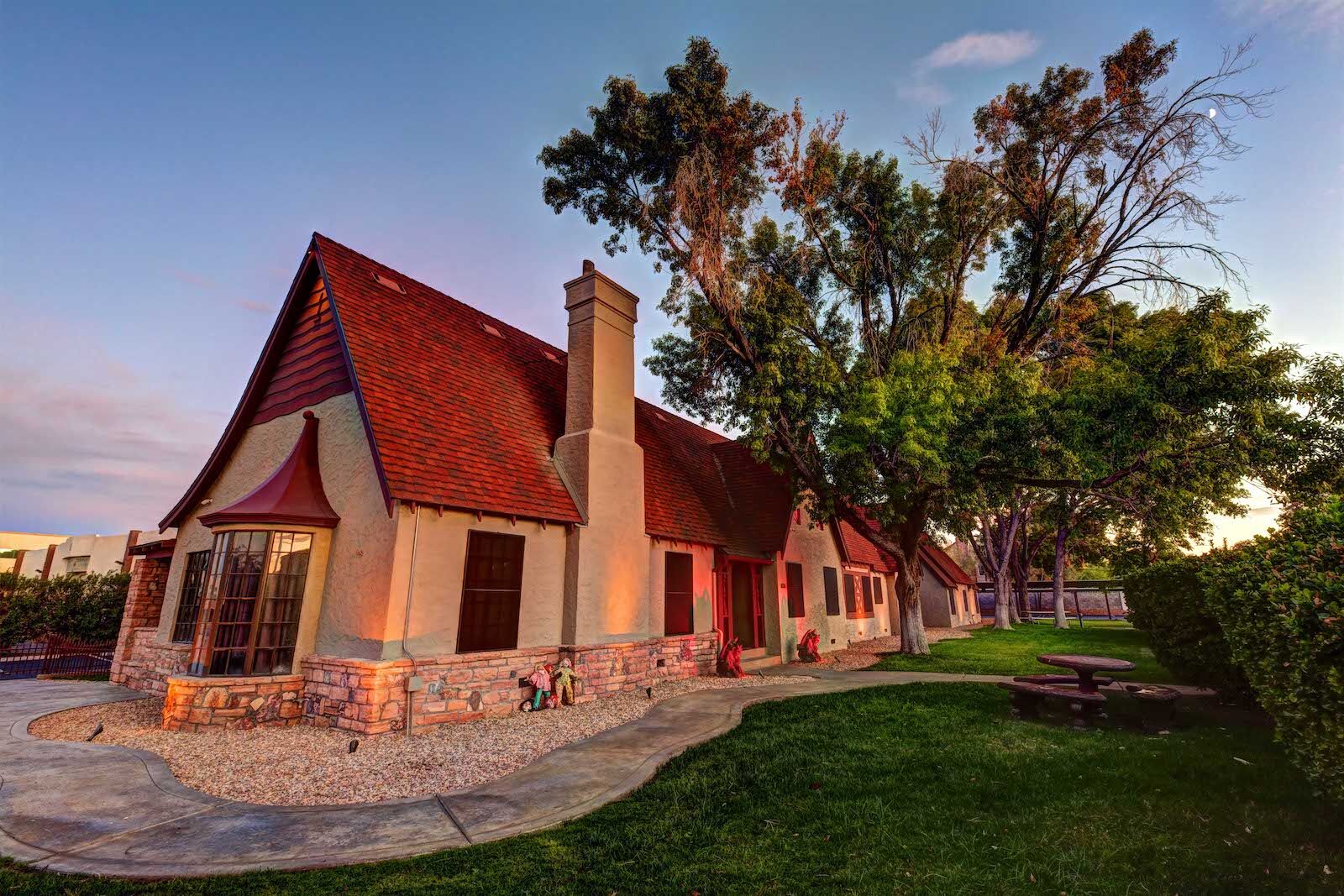 Zak Bagans has made a name for himself as the eclectic host of the wildly popular Ghost Adventures television series. Over the course of his ghost-hunting career, he has assembled an unrivaled collection of haunted artifacts and insanely creepy memorabilia. The stuff you’ll see at The Haunted Museum — which supposedly chronicles “scientifically proven” ways to communicate with the dead — is both chilling and entirely weird. Check the VW van where Dr. Jack Kevorkian did his work ending the lives of patients with terminal illnesses, and then walk past the wine cabinet from the movie The Possession to the staircase from the former Demon House in Gary, Indiana, where a family was reportedly possessed by demons in 2011. There’s nothing in the museum that isn’t worth a double-take, and no one under the age of 16 is allowed. Visitors who aren’t easily spooked are invited to up the ante with a late-night flashlight ghost tour experience which places you in near-total darkness to roam the mansion.

Where: 600 E Charleston Blvd, Las Vegas, NV 89104. The The Haunted Museum is very close to the Las Vegas Strip.

Nevada formally legalized recreational cannabis on January 1, 2017, and this former Zero Tolerance state has since embraced cannabis culture. Previously a part of The Fremont Experience in downtown Vegas, the Cannabition Cannabis Museum combines an immersive cannabis experience that tells the plant’s history in the United States and ends with a nod to the cannabis acceptance that has swept the nation in recent years. Be ready to see some of the trippiest cannabis art you’ve ever seen, from glassworks to paintings to furniture. The exhibits change with time as more cannabis industry brands come on board with telling their story and sharing the history of their products. Bring a notepad because the museum is ripe with tips on growing, smoking, and even cooking with the plant. Plus, it houses the world’s biggest bong at around 24 feet tall.

You’ll need to bring your photo ID, because no one under 21 is allowed to enter. The Cannabition Cannabis Museum has relocated to the Planet 13 cannabis complex just a few quick minutes from the north end of the Strip with a planned Spring 2022 grand opening.

The Burlesque Hall of Fame 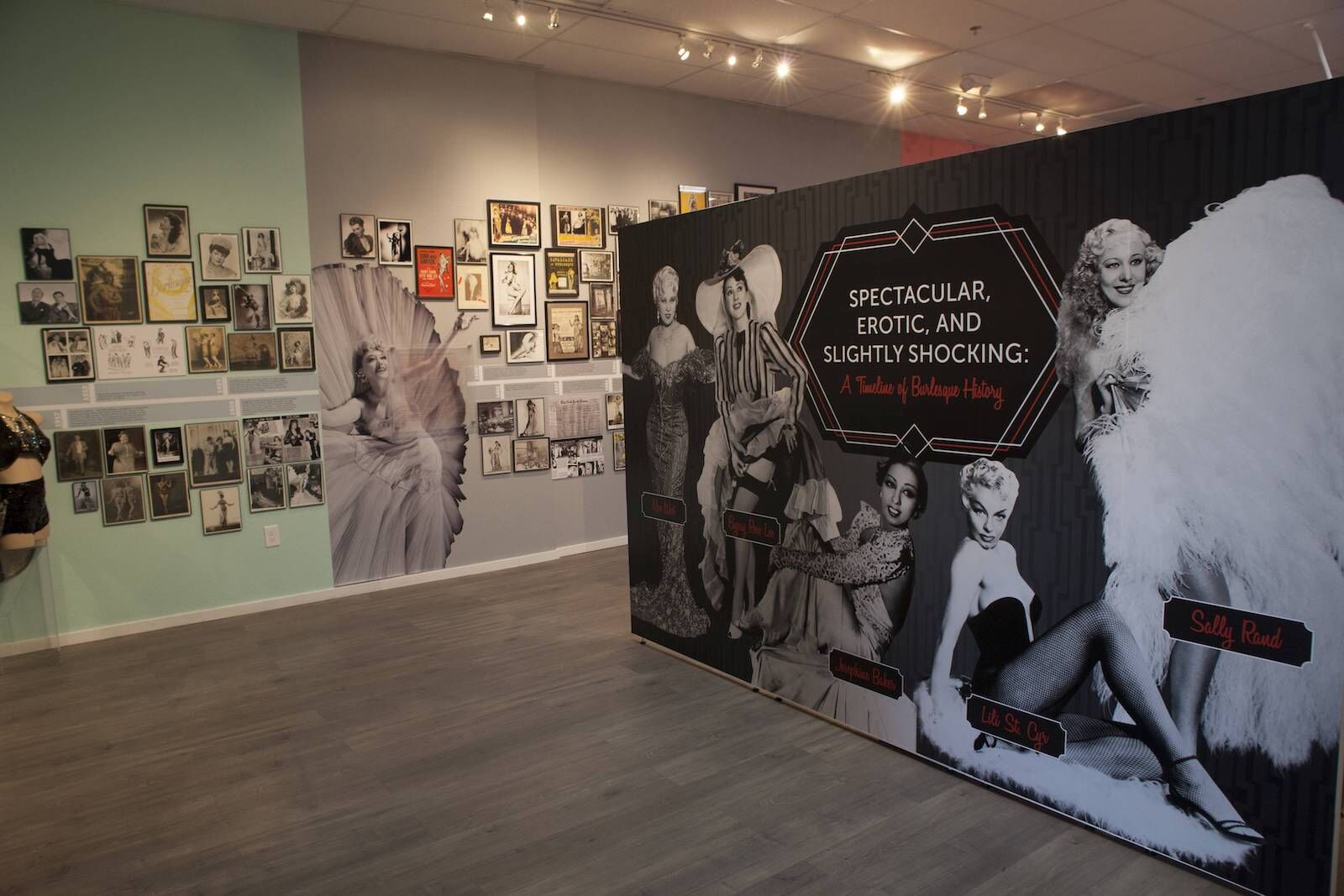 Photo: Bettina May, courtesy of the Burlesque Hall of Fame

The Burlesque Hall of Fame showcases the art of the tease as a visual art with an important legacy, and highlights the stars of its past. The uniquely titillating museum sits in the heart of the Las Vegas Arts District, making it walkable from downtown and parts of Las Vegas Boulevard. The exhibits are comprised of several thousand burlesque costumes, stage props, photographs, personal effects and props dating back to the 1890s, documenting the rise of burlesque in America’s nightlife culture. The space is as much a museum as it is a hall of fame as each year it presents a Living Legend Award to a Classic Era performer (pre-1975) and also the Sassy Lassy Award to up to three individuals whose work was instrumental to the preservation and perpetuation of burlesque in the years after 1975. 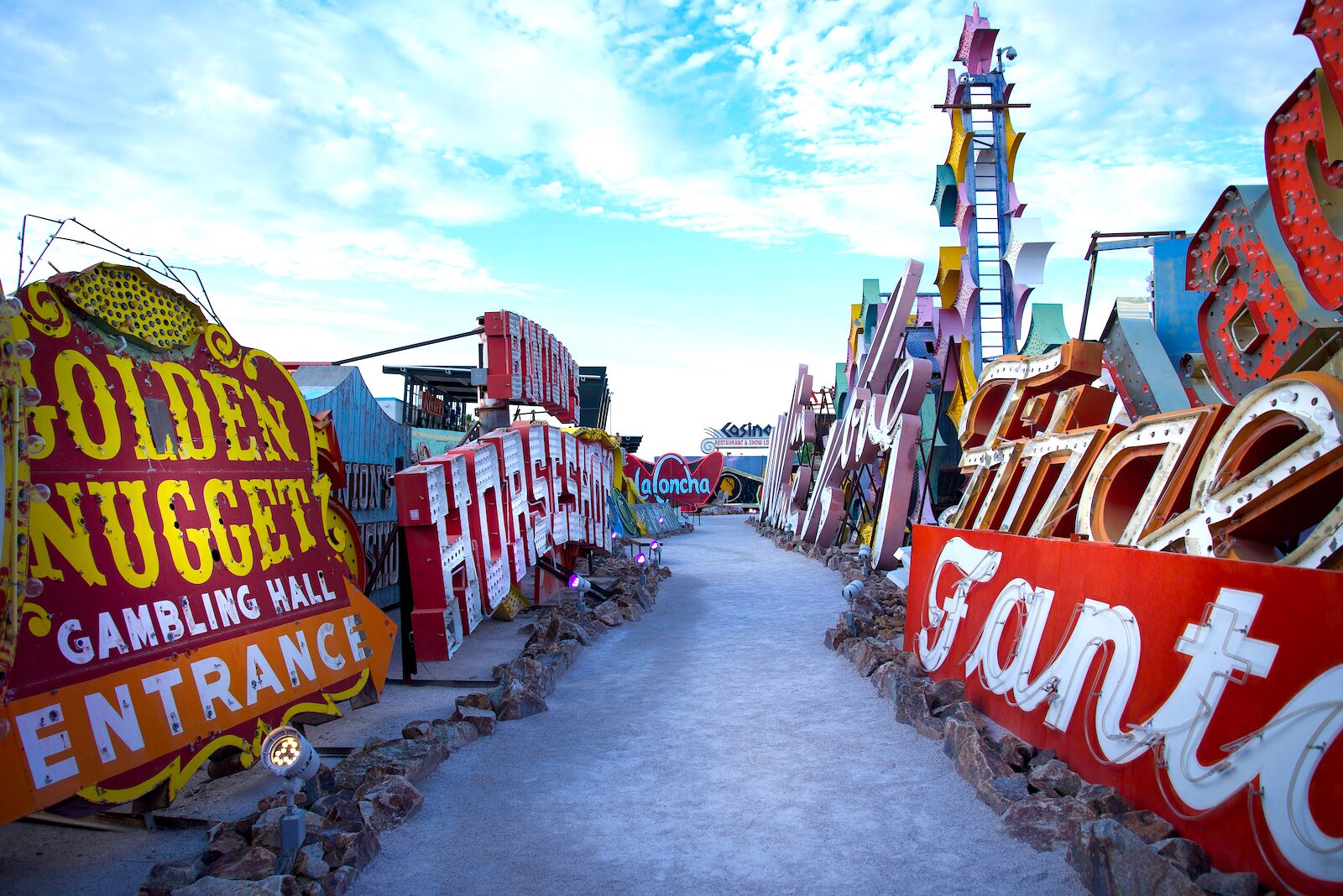 The Neon Museum consists of a series of exhibits that showcase Las Vegas’ love affair with bright and quirky signage. The museum itself comprises the Neon Boneyard and the North Gallery. Visitors are urged to make the Neon Boneyard their first stop, where they’ll walk through an extensive series of more than 200 rescued signage from old hotels and casinos, nightlife establishments, and events from Las Vegas’ past. The North Gallery sits adjacent to the museum and showcases more unrestored signs from the collection and hosts “Brilliant!”, an audiovisual experience that utilizes a multitude of 3-D sound speakers and projectors to immerse visitors in a one-of-a-kind event. The state-of-the-art show allows signs that haven’t been illuminated for decades to shine again.

Visitors can walk through the historic signs by day or night (when 24 of the restored neon signs are lit up) on a self-guided tour. Another option is to take in Las Vegas’ neon beauty from the air on a Neon Night Flight Spectacular helicopter ride.

Władziu Valentino Liberace, or simply Liberace as he was known, was at one point one of the highest paid entertainers in the world. Liberace was known for flamboyant excess both on stage and in his personal life. The Liberace Garage houses an unparalleled collection of the cars that the extravagant performer used on stage during his lavishly wild Vegas shows. Bring your shades! The vehicles are shiny and unbelievably gaudy, just like Liberace. Get ready to gawk at his world-famous London Taxi (which he used to pick up friends arriving at the Palm Springs airport) and the over-the-top convertible Rolls Royce. 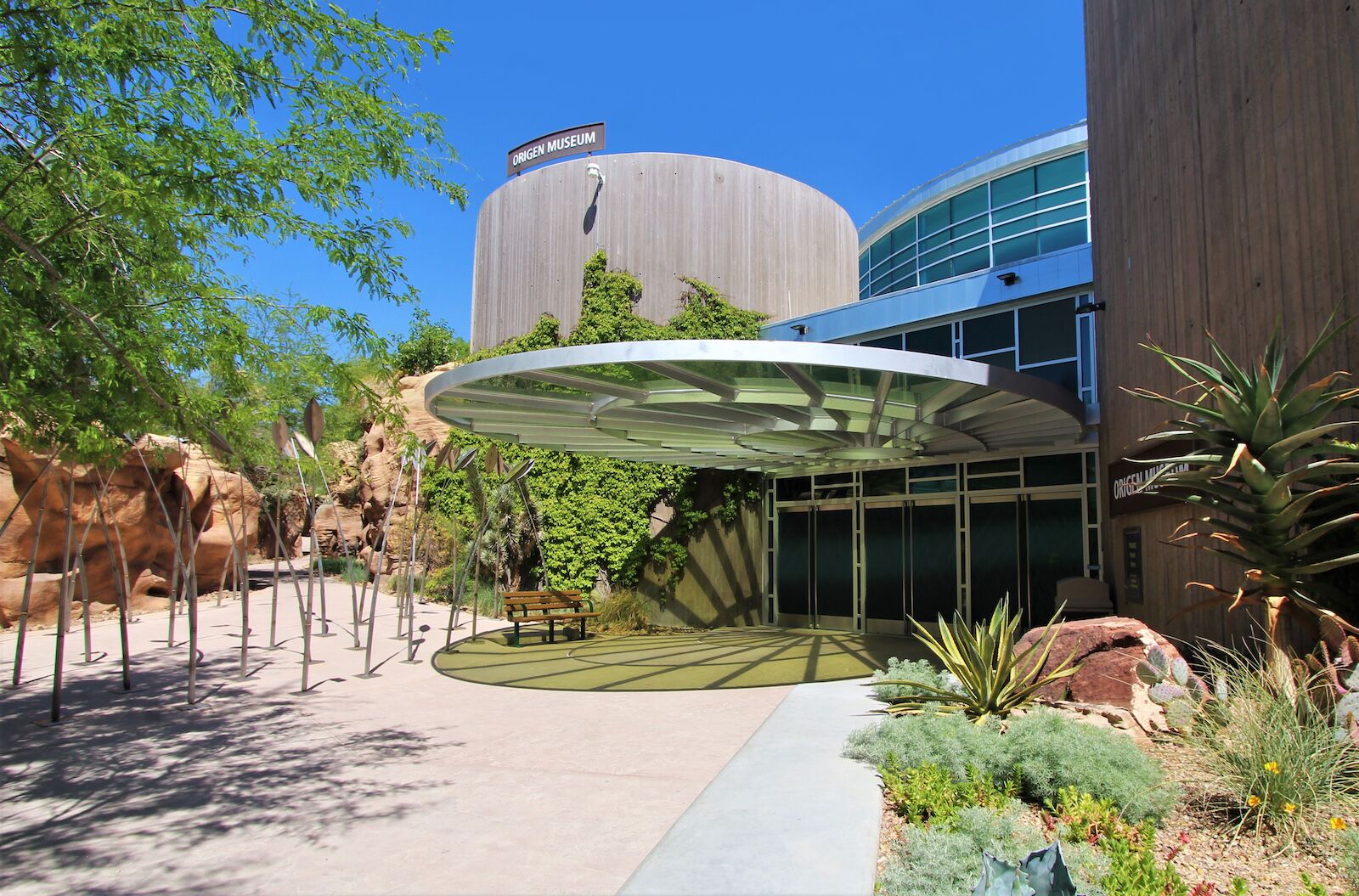 Springs Preserve is a nature-focused complex that encompasses a preserve, a seasonal butterfly habitat, and a botanical garden, but it also hosts two unique museums. The first is the Origen Museum, which takes its name from two words: original and generations. It consists of 75 permanent exhibits and an indoor theater that speak to the origins of Las Vegas and the different peoples who have passed through this area and called it home. The Flash Flood exhibit is an immensely popular space that recreates a 5,000-gallon flood through a desert canyon that crashes around and below your feet. The second museum, the Nevada State Museum, is 70,000 square feet of Nevada state history. Here you’ll get to stand face-to-face with an enormous Ichthyosaur, which was a marine reptile that lurked in the waters that covered Nevada millions of years ago. You will also have a chance to witness an atomic explosion and step inside a stalactite cave.

29 Things To Do for Free in Las Vegas
Tagged
Museums Las Vegas, NV, United States
What did you think of this story?
Meh
Good
Awesome