The first new casino built in downtown Las Vegas since 1980 just opened two weeks ago, and unsurprisingly, it’s a place full of superlatives.

Circa, which opened on October 28, is also Vegas’ first adults-only hotel and casino, and it’s home to the world’s largest sportsbook. Perhaps the most striking feature of the hotel, however, is Stadium Swim, a gigantic aquatheater that reimagined the traditional hotel pool into something much more dynamic. 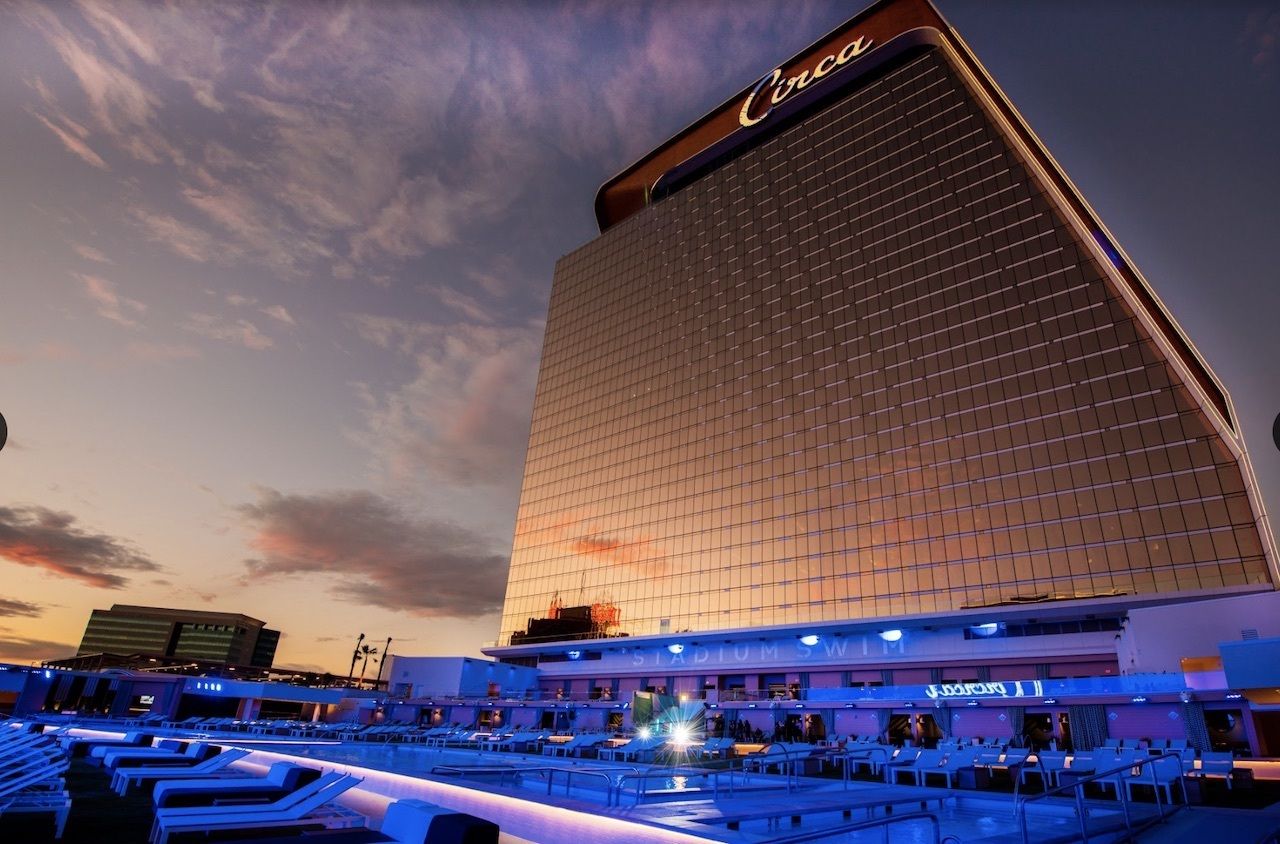 Stadium Swim has six pools, two spas, 15,000 square feet of pool space, and can hold 4,000 people. But the star of the show is the 143-foot by 40-foot LED screen at the entrance. The pool experience here is intended to mirror a sports stadium experience, but instead of uncomfortable seats, you’ll be lounging in a pool while watching the game. 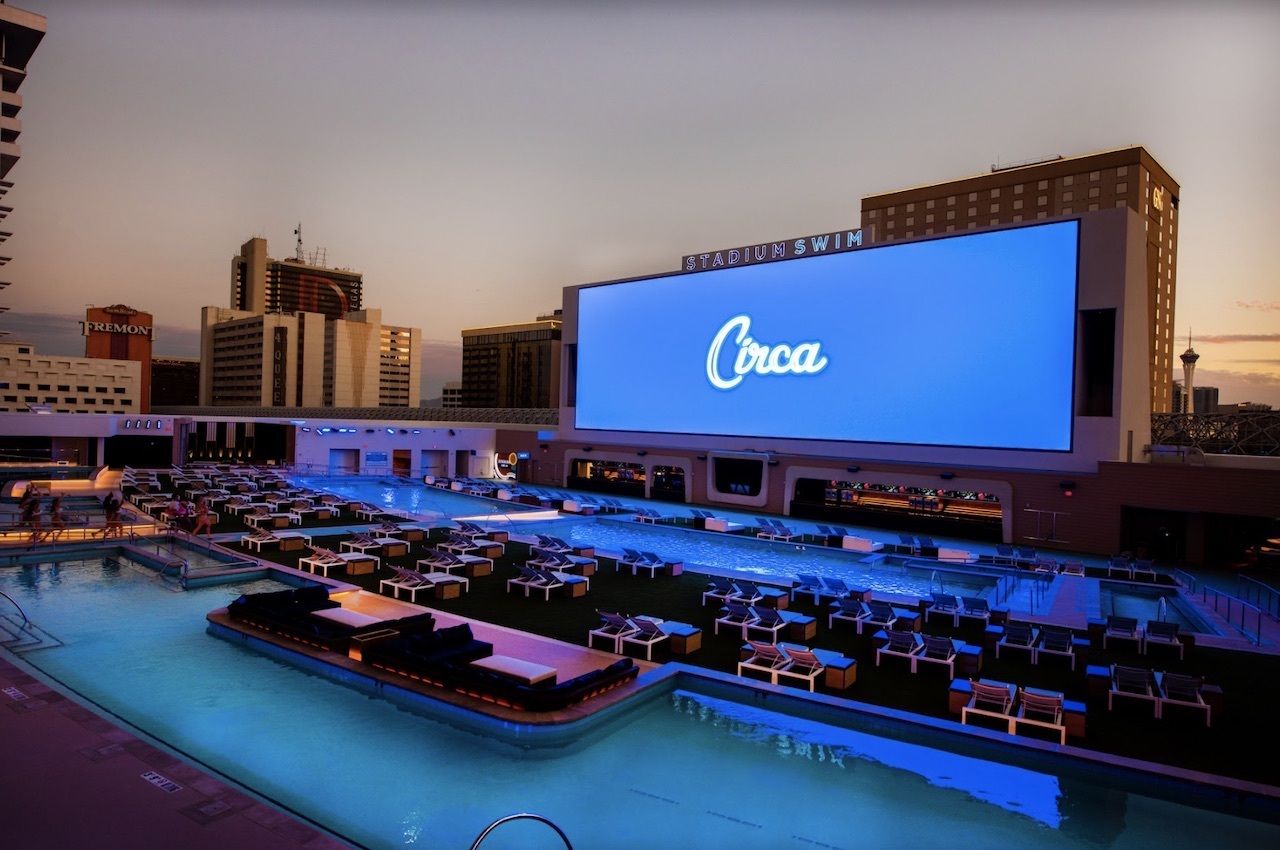 Stadium Swim is a reflection of Circa owner Derek Stevens’ own love of sports and his desire to create an exciting, relaxing space for watching games. He told Matador Network, “We have all the games on, we’ll play the audio of featured games, and it’s very musically oriented. It’s a great place to come watch sports and have a few drinks. We’re excited about bringing it to Las Vegas.”

There are 30 cabanas for rent, 38 daybeds, 337 chaise lounges, and customers can order food directly to their seats from iPads. You can even reserve daybeds and cabanas in advance online. 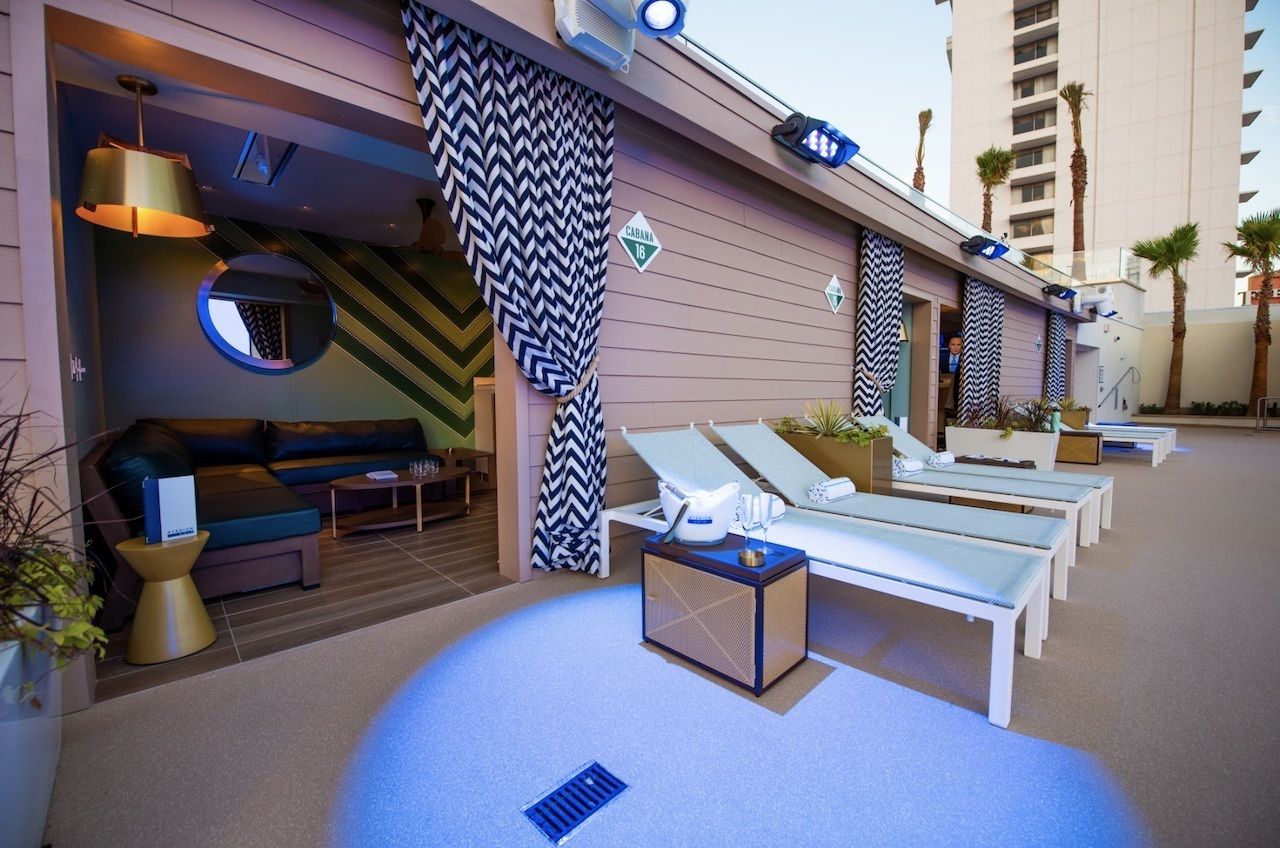 And don’t worry about the “adult-only” thing. You just need to be 21 or older to enter the casino, mainly to avoid the hassle of carding customers multiple times.

According to Stevens, the age requirement saves customers from having to show their ID several times a night, making the whole customer experience more efficient. In most casinos, IDing customers at every table game, sportsbook, bar, and casino entrance slows down the process and “creates a cascading effect of subpar customer service.”

It also helps Circa keep a bit of an edge. “When someone has a cigar in their hand and a scotch,” Stevens said, “you just don’t want to see a stroller rolling over your toe. It’s kind of the wrong vibe.”

Circa is located in the heart of downtown’s Fremont Street Experience, next to the Golden Gate and across from the Plaza. Rooms at Circa start at $299 per night.