For lovers of the blues, Cajun cuisine, and funky breweries, the Gulf Coast makes for the best of road-trips. Like the region’s iconic gumbo, Gulf-Coast culture is a combination of influences harmonized over time. Before European settlement, the Karankawa and Atakapa thrived on these shores, sustaining their communities with the abundant oysters and shrimp in the Gulf’s warm waters. Later, the French ruled the Gulf Coast for over a century and left behind cultural traditions like Mardi Gras in port cities like New Orleans; Biloxi, Mississippi; and Mobile, Alabama. West Africa’s influence here is profound, too, in everything from the blues to cuisine to parade traditions.

Today, as it long has, the Gulf Coast celebrates indulgence and the joys of the senses. Head to where you’ll find live music, local beer, and incredible food to see for yourself. 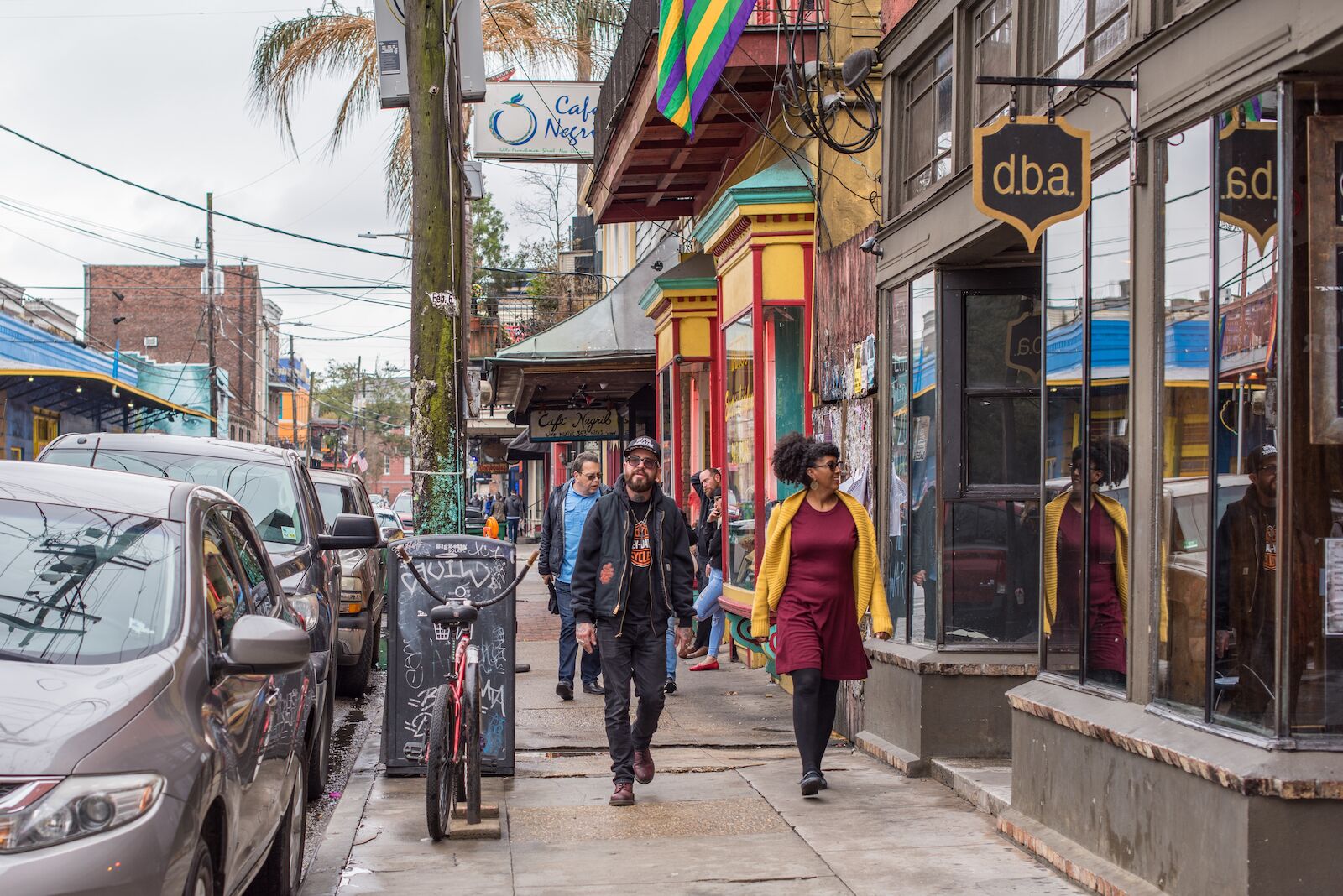 Perhaps more than any other other city in the United States, New Orleans has fired the imaginations of writers, musicians, and artists. It’s the birthplace of jazz, zydeco, and a thousand other rhythms, and the ever-present sound of music permeates life in New Orleans.

Those in the know will tell you that Frenchman Street, not Bourbon Street, is the best place to sip a cocktail (ideally a daiquiri or sazerac) and enjoy a show. Wander into any bar on Frenchman Street any day of the week after sunset to hear local musicians, but one particular stand out is the time-honored Spotted Cat Music Club.

Classic New Orleans eats — beignets with coffee, muffulettas, and endless Cajun and Creole delicacies — are alone worth the journey. You can find exquisite meals in all price ranges at the best restaurants in New Orleans, from $7 shrimp po’boys at Johnny’s to multi-course gourmet tasting menus at Mosquito Supper Club and Commander’s Palace. 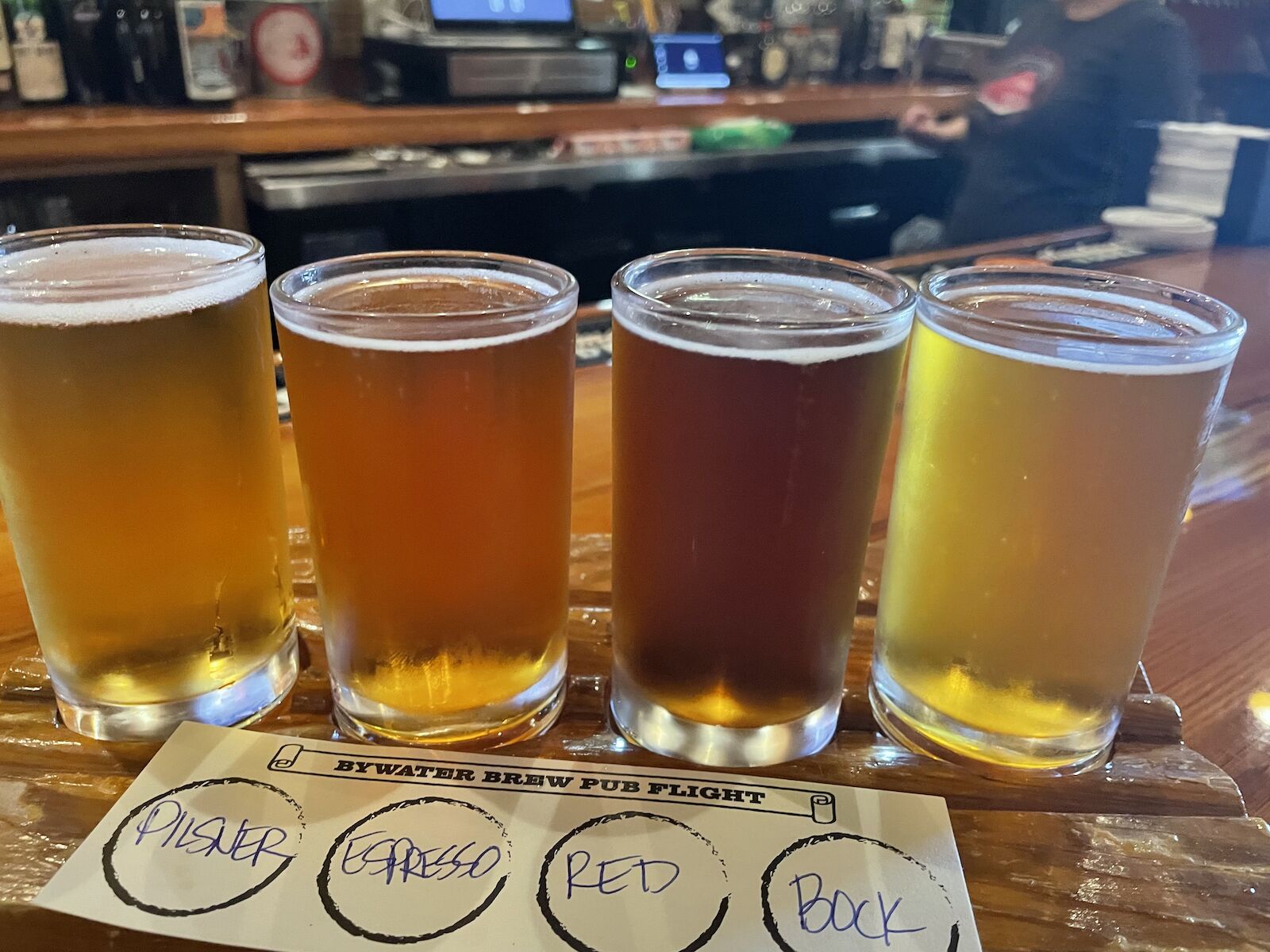 As you’d guess, a hot and steamy town that loves to party requires solid beer, and Abita Brewery, on the far shore of Lake Pontchartrain across the world’s longest continuous bridge over water, is among Louisiana’s finest. Abita’s pilsner, crisp and ideal for the heat, and chocolate cake stout are notable standouts. Bywater Brew Pub is another great option to quaff well-crafted brews and sample Viet-Cajun dishes like crawfish with galangal and the phorrito made with beef belly and served with a side of pho broth. 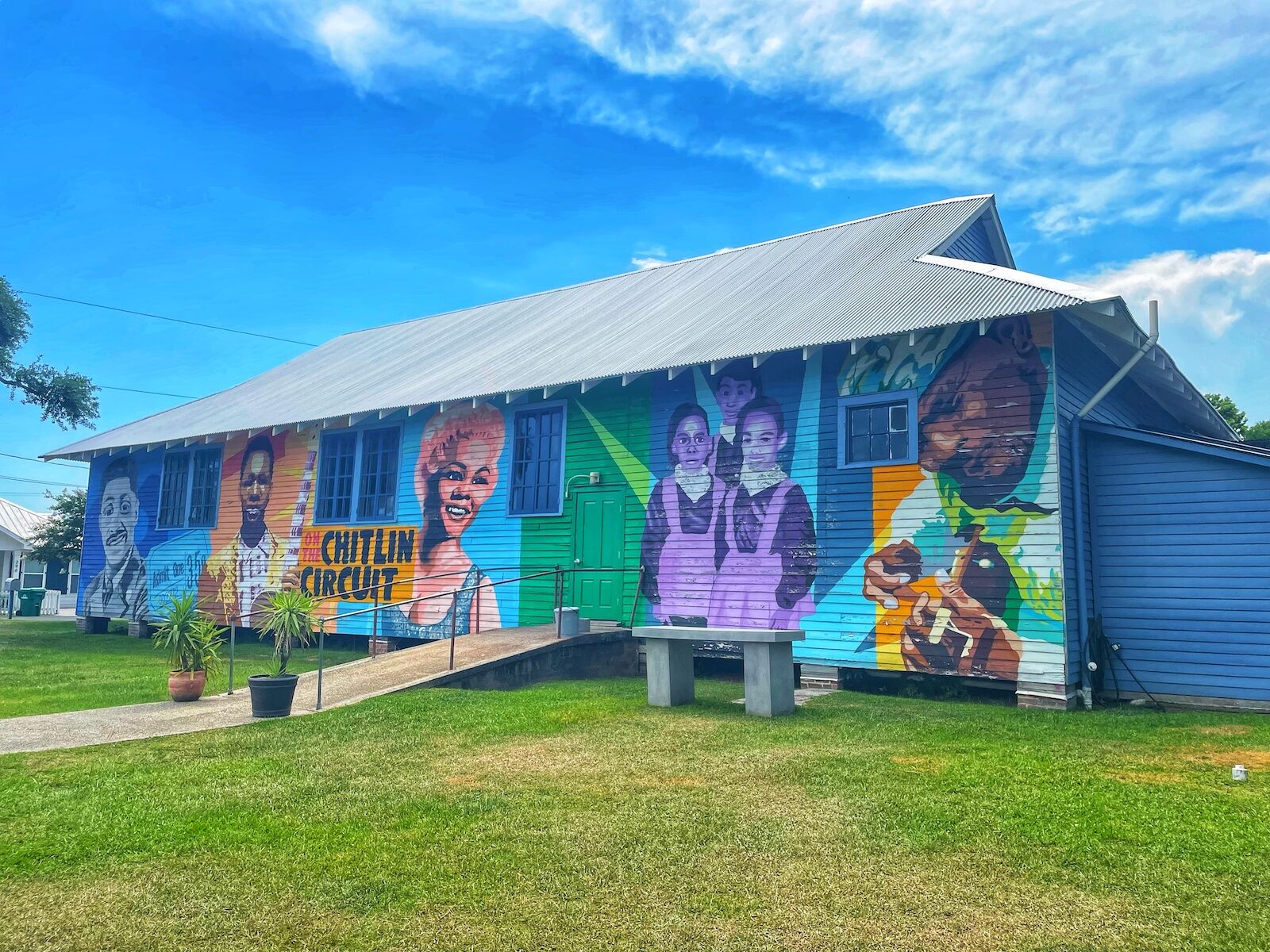 From New Orleans, drive about an hour east to arrive in Bay St. Louis, Mississippi, which is affectionately dubbed “East New Orleans” since so many Crescent City denizens vacation in this sleepy beach town. The scenic Highway 90 that goes along the coast is a more enjoyable ride than the slightly faster Interstate 10. After the revelry of New Orleans, Bay St. Louis, with its placid beaches and small-town charm, is an ideal place to catch your breath.

For an unforgettable live music experience, check the roster at 100 Men Hall, a 120-year-old music venue on the outskirts of Bay St. Louis. A stream of blues legends have graced the stage at 100 Men Hall over the decades: Muddy Waters, Eta James, James Brown, and countless others. Owner Rachel Dangermond continues to host musicians from across the South and also uses the space to promote Coastal Mississippi’s African American heritage.

No road trip through the South would be complete without barbecue, and Murky Waters in Bay St. Louis delivers the goods: tender smoked meats, fixin’s like mac-n-cheese and collards greens, and exemplary banana pudding. Creole Creamery, right up the street from Murky Water, serves ice cream with flavors like New Orleans king-cake and Creole cream cheese (you absolutely need to try both).

Drive about a 45-minutes north into the pine forests of Mississippi’s interior to Lazy Magnolia Brewery, the oldest craft brewery in the state. The taproom’s outdoor porch is great for posting up with a flight (the 5-ounce pours come in mason jars) and admiring the serenity of the surrounding woods. If you like dark beers, try the flagship stout brewed with local pecans. Lazy Magnolia’s food menu, mostly brick-oven pizzas, matches the high quality of their liquid offerings. 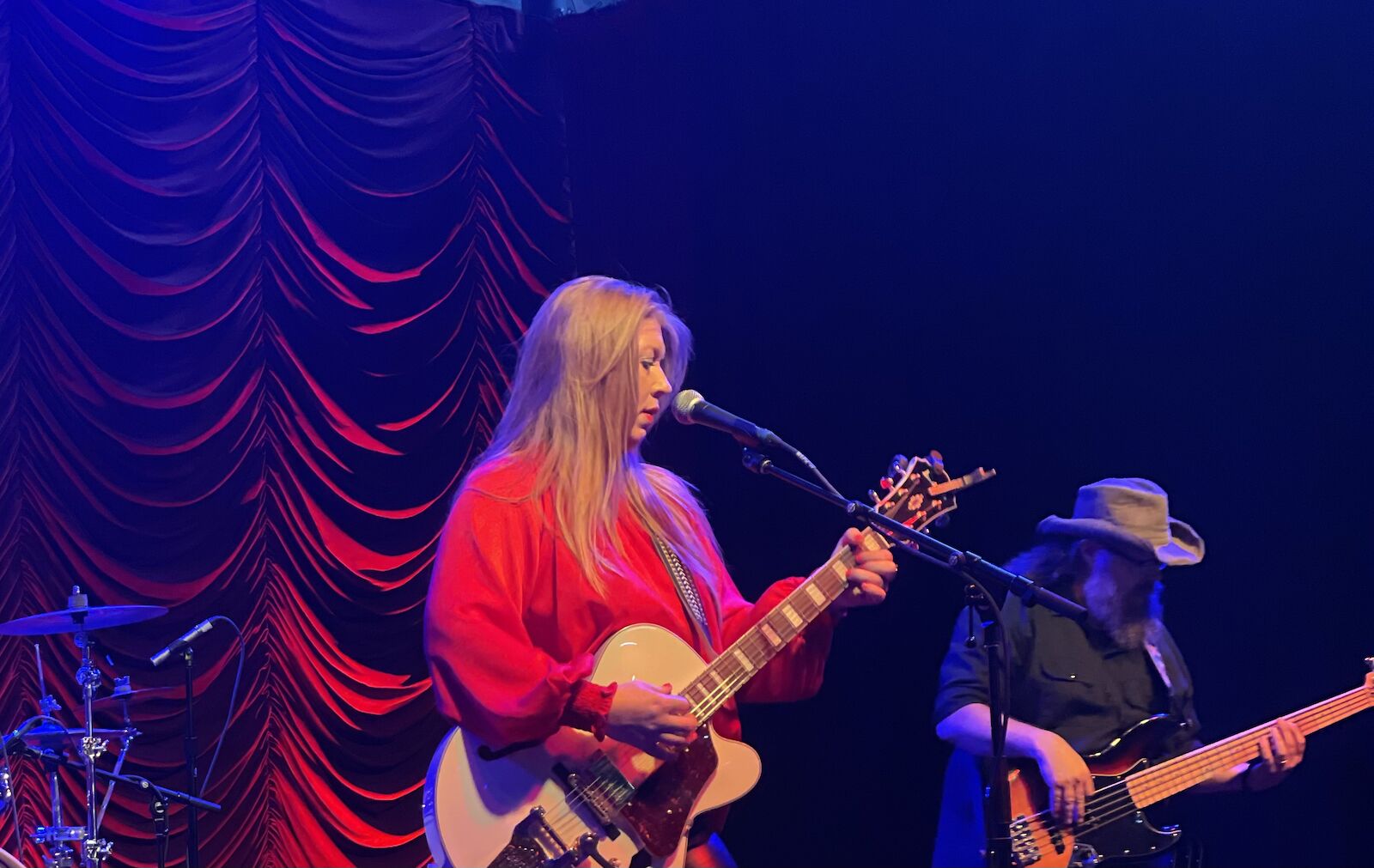 Founded by the French in 1699 and long the Gulf’s busiest shrimping hub, Biloxi suffered tremendous damage from Hurricane Katrina in 2005. Now, nearly two decades after the storm, “The Playground of the South” is decidedly on the rise again. Along with Vegas and Atlantic City, Biloxi is one of America’s great gambling towns, and all-inclusive casinos have certainly helped the city get back on its feet. But for those less interested in the craps tables, Biloxi has plenty to offer in the way of music, dining, and drinking.

Morgan Freeman recently launched Ground Zero Blues Club, named after a spot of the same name in the Delta town of Clarksville (“ground zero” of blues history). Ground Zero celebrates not only the blues but Mississippi’s musical heritage writ large, with musicians playing rockabilly and rock n’ roll along with Delta blues. For the perfect evening in Biloxi, splurge on the Ground Zero trifecta: a heaping pate of barbecue, cold local beer, and a stellar show.

Mary Mahoney’s, an institution of Cajun cooking that has stood for over a century, dishes New Orleans-style food 100 miles from the Big Easy.. Owner Tony, a tirelessly gregarious Biloxian, personally greets every table in the dining room, and the food — fresh fish, oysters, and crabs with generous amounts of butter, garlic, and Francophile flair — is unforgettable. For an excellent brewery to escape the heat, head to Fly Llama Brewing, which has a busy taproom and beers that weave in creative, experimental flavors. 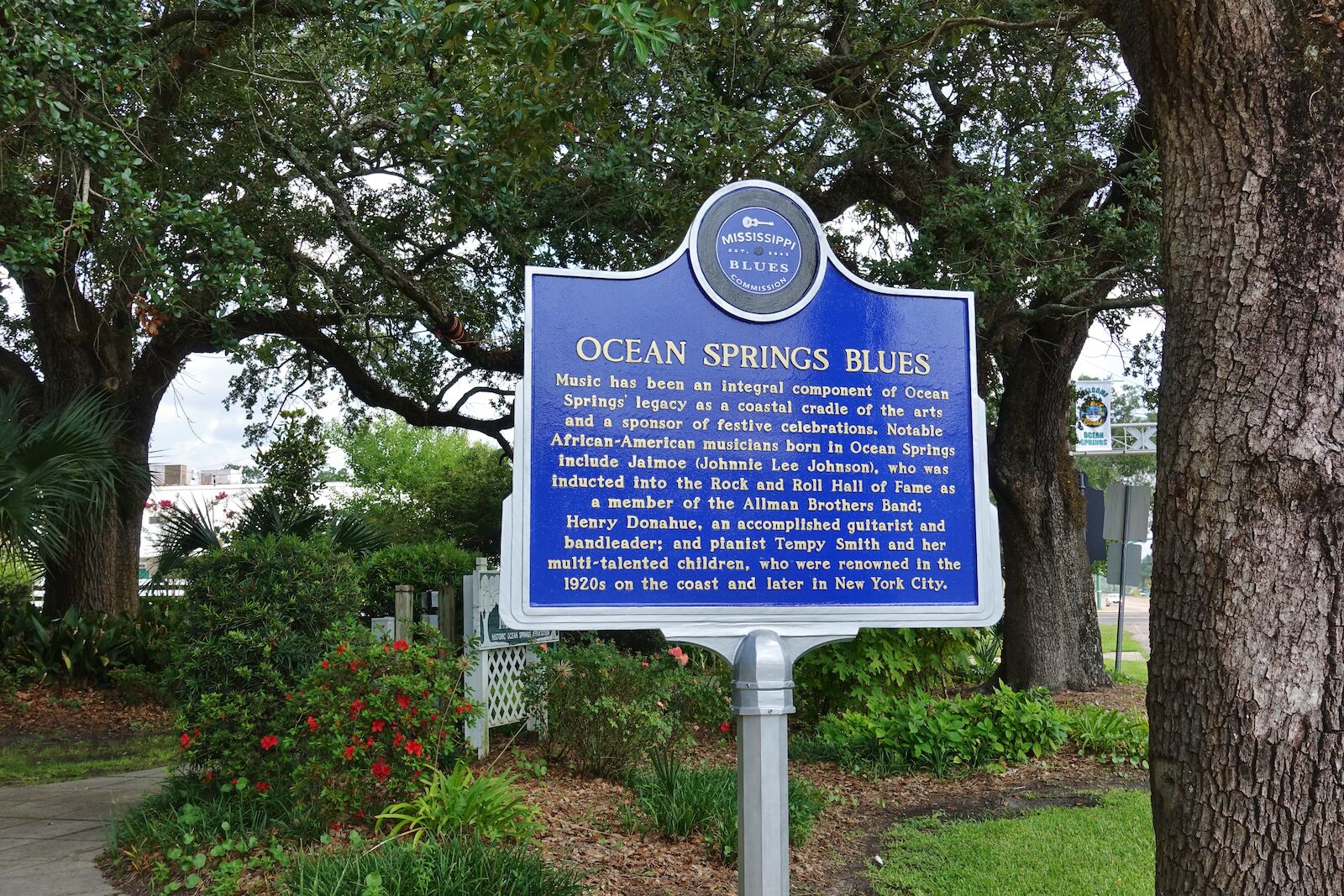 Ocean Springs, about 20 minutes east of Biloxi, is a small town that could have been lifted out of the pages of a Faulkner novel. Magnificent live oaks draped with Spanish moss shade walkways and wrought-iron balconies, reminiscent of New Orleans, embellish the buildings. Surprisingly, given its serene ambience during the day, the town’s bars bustle with revelers and musicians after dark. Head over to Glory Bound, a patio bar where local bands play Lynyrd Skynyrd and Zac Brown covers, for a good taste of Ocean Springs nightlife. When your appetite kicks into full-gear for dinner, check out Charred, a chophouse and oyster bar, or Maison du Lu, a celebrated restaurant for French-Cajun cuisine. 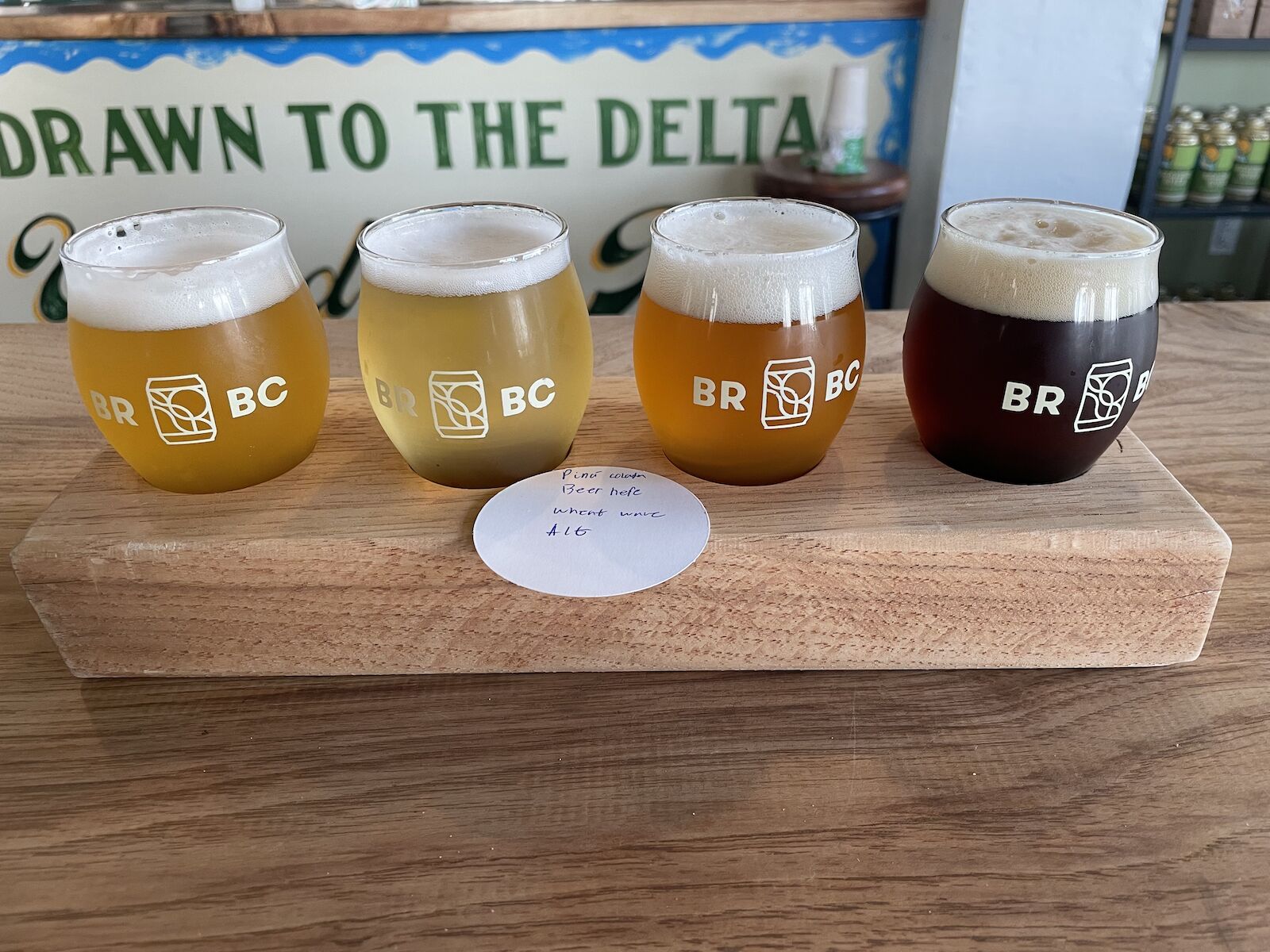 While the French flag has long since ceased to fly over Mobile Bay, the city still celebrates Mardi Gras every year with exuberance. In fact, Mobile’s Mardi Gras, a weeklong celebration of music, galas, and parades, is even older than the one in New Orleans (and more family-friendly, according to Mobileans).

The first order of business in Mobile is to sample some Alabama barbecue, characterized by chicken coated in a tangy white sauce and hickory smoke. For drinks, grab a beer at the recently opened Braided River Brewery, that has already garnered national beer awards. Co-owner Rich, something of an armchair historian of the South, is always glad to chat and share his local recommendations. After a flight at Braided River, live music at the Listening Room, a small but mighty venue, is the perfect way to end the day. 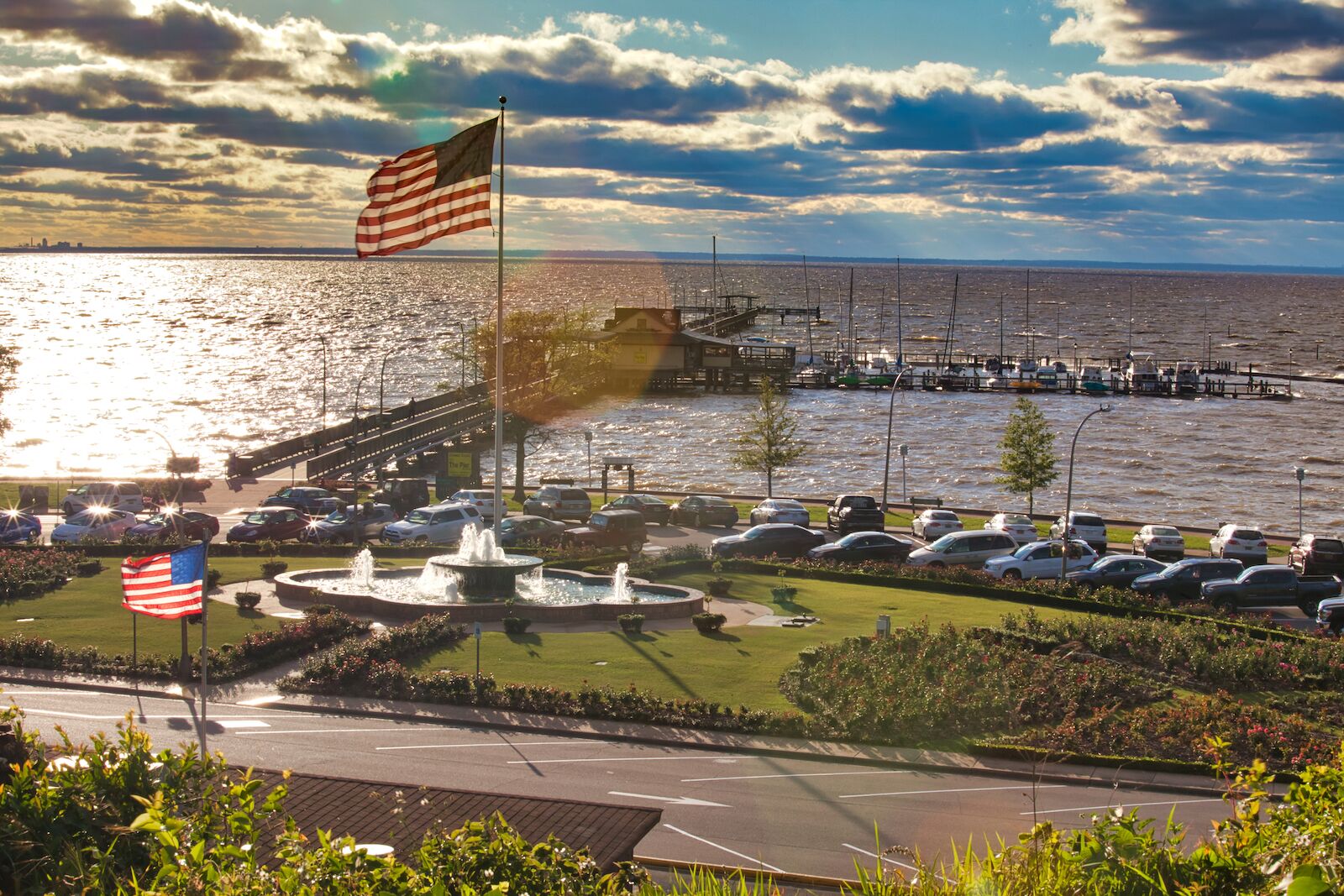 Since the pandemic, Fairhope has exploded in popularity as a retreat for wealthy retirees and remote workers. With beaches studded with wooden piers and majestic live oaks draping the streets, it’s easy to understand why visitors quickly fall in love with Fairhope. Attracting a similar jet-setting clientele as Aspen or Nantucket, Fairhope has fantastic restaurants, boutique stores, and the luxurious feel of an upscale vacation town. Chic façade aside, Fairhope was once home to the South’s largest nudist colony, and Fairhope still retains something of this laid-back hippie ethos.

Fairhope Brewing Company has a popular taproom that specializes in pilsners, kolshes, and other light brews. FBC also does a rotating experimental seltzer that’s always a funky and delicious flavor combo. For dining in high style, Fairhope has plenty of options — Camellia Cafe and Tamara’s Downtown both serve Gulf seafood with French flair. After a nice dinner, head over to McSherry’s Pub or Bone and Barrel to sit down with a nightcap and listen to local musicians.