The blues is one of those musical styles you might not realize you enjoy until you’re actually exposed to it. When I heard live blues music for the first time, I was firmly set in my early-2000s punk rock ways, and thought everything else was a far-distant second place. A blues band was playing Howlin’ Wolf’s “Smokestack Lightnin” in an Irish bar in Boston. It takes something special to get a bunch of drunks in Bruins jerseys to shut up and listen, but this blues ensemble did just that. Lacking a degree in musicology, I can only say that it had a certain timeless quality, and a soulful resonance absent from typical Boston pub performances. Unfortunately, if you’re really looking for an education in blues music, Boston isn’t the place to get it. For that you’ll have to go to the Mississippi Delta, home of the blues itself. Luckily, there’s a trail designed specifically to guide you. The Blues Trail takes visitors to sites all throughout Mississippi, from classic juke joints to museums and bookstores, telling the story of the blues’ history and evolution. Here’s how to follow the Blues Trail through the Mississippi Delta.

What is the blues?

The blues originated in the Deep South during the Antebellum period. Enslaved people, endeavoring to express their emotions through song, tapped into the musical traditions of West Africa and blended them with European musical styles learned in the US. What resulted were known as “field hollers,” working songs of enslaved African Americans, which often resembled improvised musical dialogues. This new genre was rooted in the soulful expression of pain amid oppression, and took hold in African American communities throughout the 19th and 20th centuries.

Though the blues originated in the fields of the Deep South, it didn’t find its true home until it made its way to the Mississippi Delta. The blues was first recorded in the 1920s thanks to Delta blues musicians like Robert Johnson, Freddie Suruell, Son House, and Charley Patton. Memphis, TN, became the blues’ true home in the early 20th century, before the genre radiated to the Midwest in the ’30s and ’40s. There it evolved into electrified Chicago blues, and soon morphed into other regional styles and blues-jazz hybrids. The blues even laid the foundation for the advent of rock ‘n roll in the 1950s.

The genre may have found its way to every corner of the country, but it never abandoned its roots. The Mississippi Delta is still the best place in the US to see live blues music and learn about its history.

Setting out from Memphis 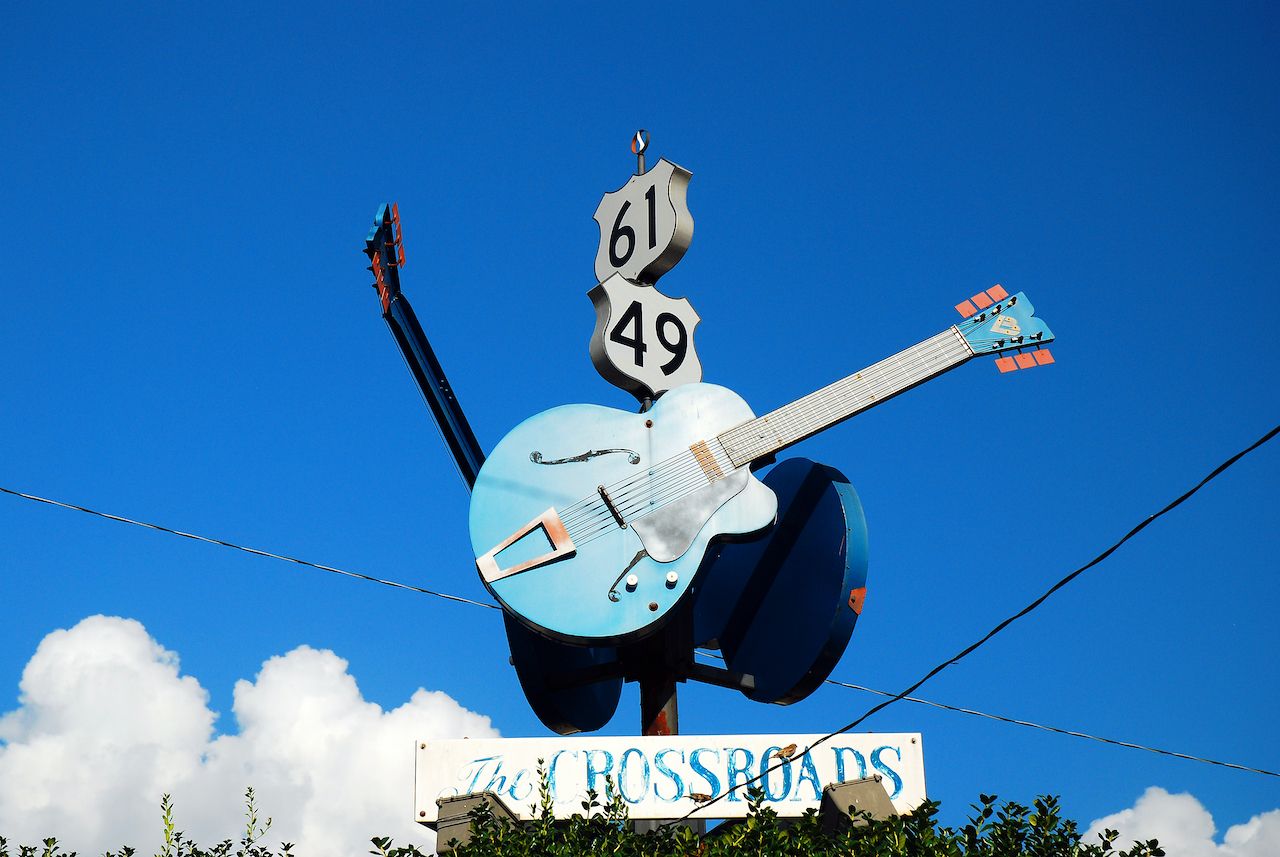 Whether you’re a lifelong fan of the genre or just looking for a unique way to experience the Delta region, follow the Mississippi Blues Trail. There are countless ways to explore the Delta, and dozens of blues-related venues and markers to visit. Given all the options, it’s easy to craft an itinerary that fits your time constraints and specific interests. For the most straightforward, basic blues route through the Delta, you’ll want to start in Memphis and travel south down Highway 61 and 49 and end in Vicksburg.

The Gateway to the Blues Museum, just outside Memphis, is the perfect place to start your trip.The museum is located in a former train depot from 1895, and houses objects from blues musicians like B.B. King and Robert Johnson. You’ll learn about the history of blues music from its plantation origins, and even get the chance to record your own song with background music. Before getting to Clarksdale, you can pay homage to one of the greats at Muddy Waters’ cabin in Clarksdale. This cabin was where the legendary musician used to live, and you can visit its remains on display at the Delta Blues Museum. One of his guitars is also pnd art of the exhibit.

From Clarksdale to Leland 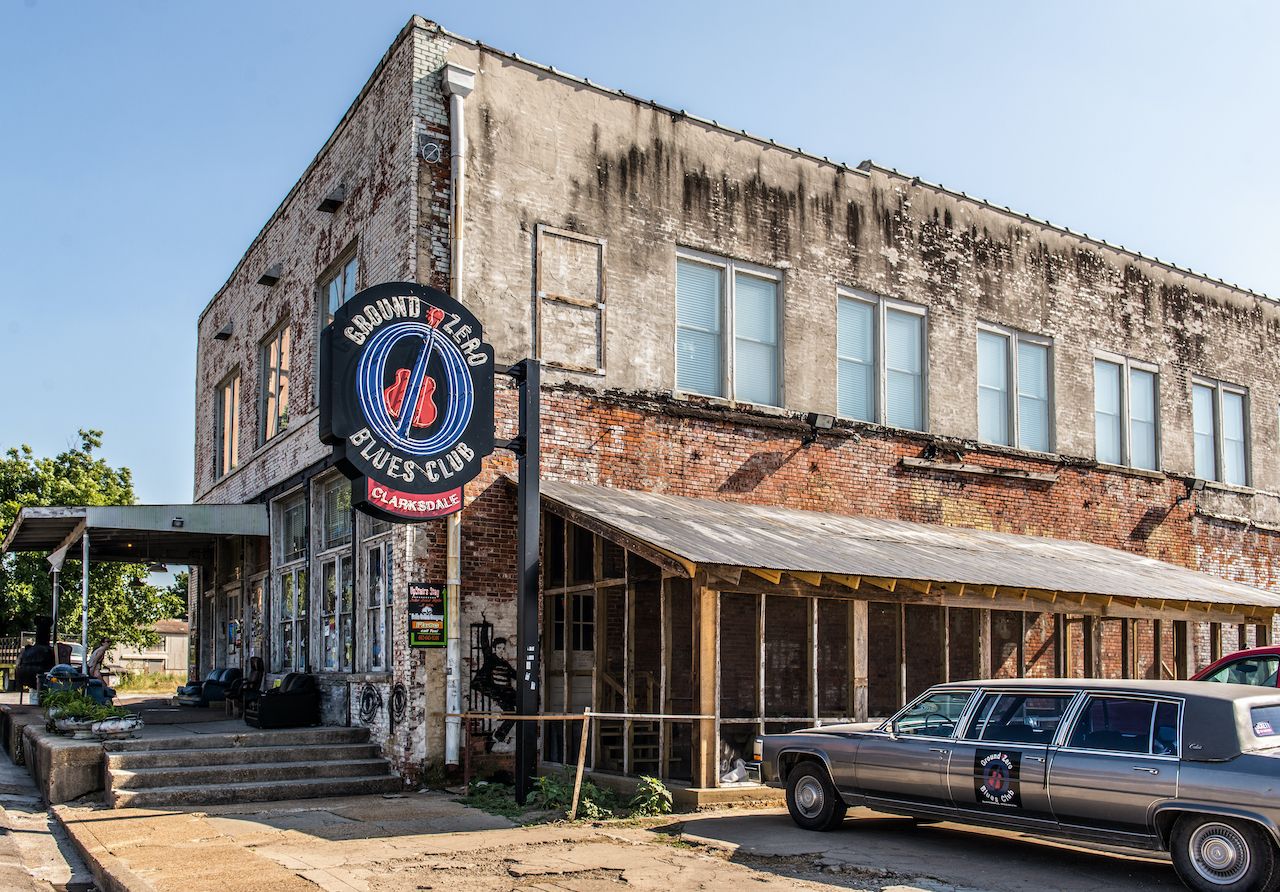 Continuing south, it’s time to hit up a real Delta juke joint. Red’s Lounge, in Clarksdale, is at the center of the town’s Arts & Culture District, and you can hear blues here almost every night of the week. The small, standing room-only venue is known for its funky vibe and top local talent. Another Clarksdale staple is Ground Zero Blues Club, whose mission is to showcase local performers from the Delta. Ground Zero has live music Wednesdays through Saturdays, and was once voted the best blues club in the nation.

Just south of Clarksdale you’ll find Dockery Farms, which is known as the birthplace of the blues thanks to its association with Charley Patton, one of the most important early Delta blues musicians. The farm was founded in 1895, and was essentially a town in itself, with its own elementary school, churches, post office, blacksmith shop, railroad depot, ferry, and cemeteries for the workers. In the early 20th century, Dockery housed 400 tenant families, mostly African American migrants. Charley Patton was born to one of these families, and the farm was his home for 30 years. He often played from the porch of the general store in Dockery and at all-night picnics, most of his songs addressing the daily goings on of life in the Delta. Now the farm is open year-round to visitors, with guided tours available for exploring the grounds and learning about its role in blues history.

From there, head south and west to Leland, where you can check out another blues museum and old fashioned juke joint. The Highway 61 Blues Museum is a small, easily accessible museum honoring the Mississippi Delta blues musicians. A quick walk through town will show you the degree to which the blues is interwoven into the fabric of Leland’s history, and even its contemporary culture. There are colorful murals throughout the town depicting local and legendary blues musicians. Once you’re in the mood, head to 61 Blues Lounge and cap off the night with a drink.

Make your way to Vicksburg 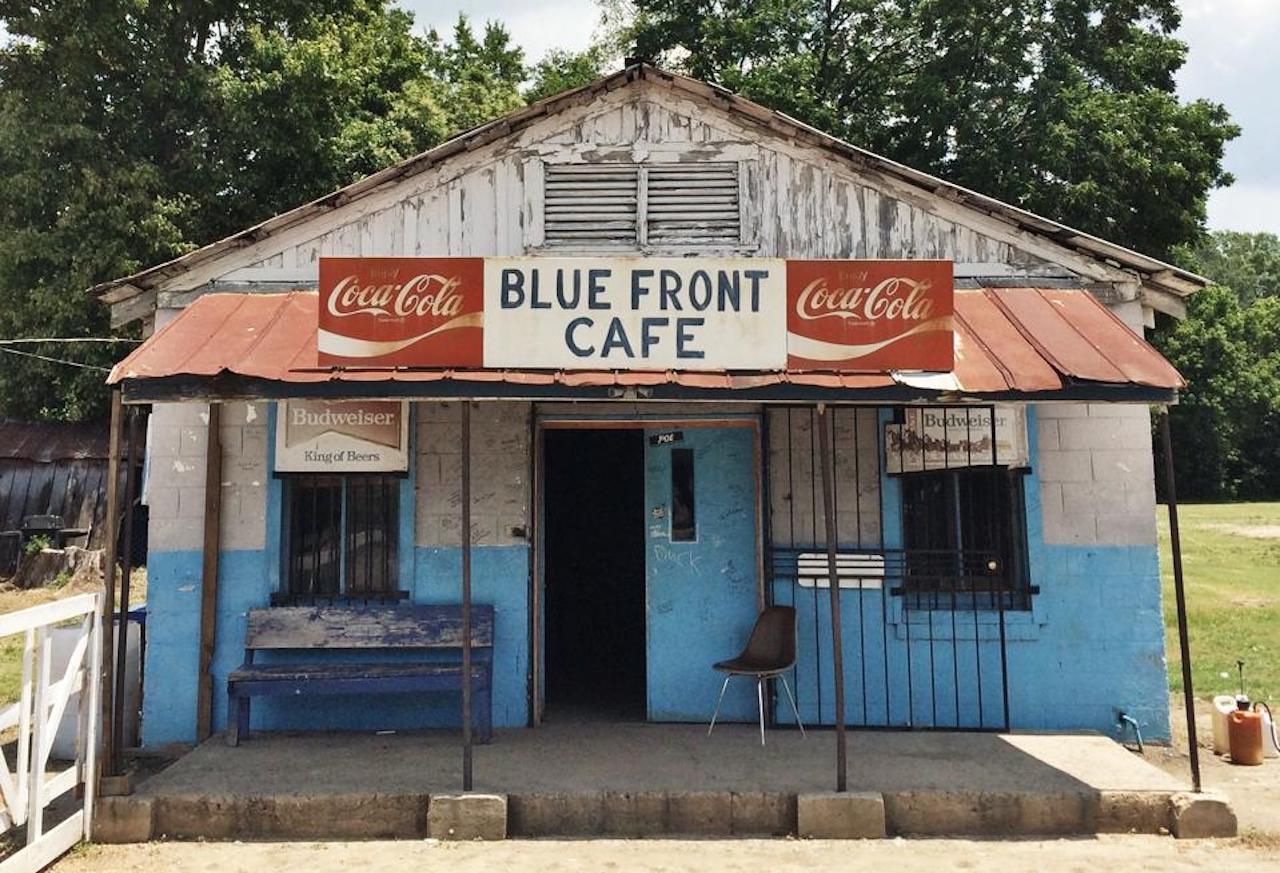 Take a short detour east to visit the town of Greenwood. As you enter town, make sure to tune your radio to AM WABG 960 (dubbed “the most unique radio station in the world”) for some Mississippi Delta blues and classic rock. In Greenwood, make a quick stop at Turnrow Books, where you can pick up some blues vinyls.

From Greenwood, head south on Highway 49 to Bentonia, home to its own style of blues. Bentonia blues refers to a school of blues that originated here in the early 20th century, defined by its distinct guitar tunings and playing, chord-voicings, and minor tonality not found in other types of blues music. The best place to hear Bentonia blues is at the Blue Front Cafe in Bentonia itself, which opened in 1948. It used to be famous for its blues, moonshine whiskey, and buffalo fish, attracting crowds. Today, the juke joint is an internationally known destination for blues fans. For a brief break from the blues, you may choose to visit the Sam Olden Historical Museum to get a taste of the Delta’s non-musical history, including Native American relics, Civil War exhibits, and fossils dating back 45,000 years.

Fittingly, your journey will end just beside the Mississippi River in Vicksburg. Vicksburg is one of the best cities in Mississippi for a show. It’s home to some of the Delta’s most iconic venues. LD’s Kitchen offers up live blues music every Tuesday, Wednesday, and Sunday, while The Biscuit Company of Vicksburg and Cottonwood Public House also have live blues throughout the week, and the liveliest nightlife scene you’ve encountered on your trip thus far.

CultureBars That Don’t Close and a Deep South Cultural Education in Natchez, Mississippi
Tagged
Music + Nightlife
What did you think of this story?
Meh
Good
Awesome