At Matador Network, we want you to hop onto trains, ride ferries, and catch flights to a new and exciting destination as often as you can. But the reality is that there’s only so much traveling one can do. So, if money, responsibility, or time get in the way of your globetrotting fantasies, know that your best (and cheapest) option to escape the day-to-day humdrum is to pick up a book. The editorial team has crafted a list of literary creations, from travel narratives to fantasy novels to historical fiction that will have you travel the world from the comfort of your own home this year.

1. Where the Crawdads Sing by Delia Owens 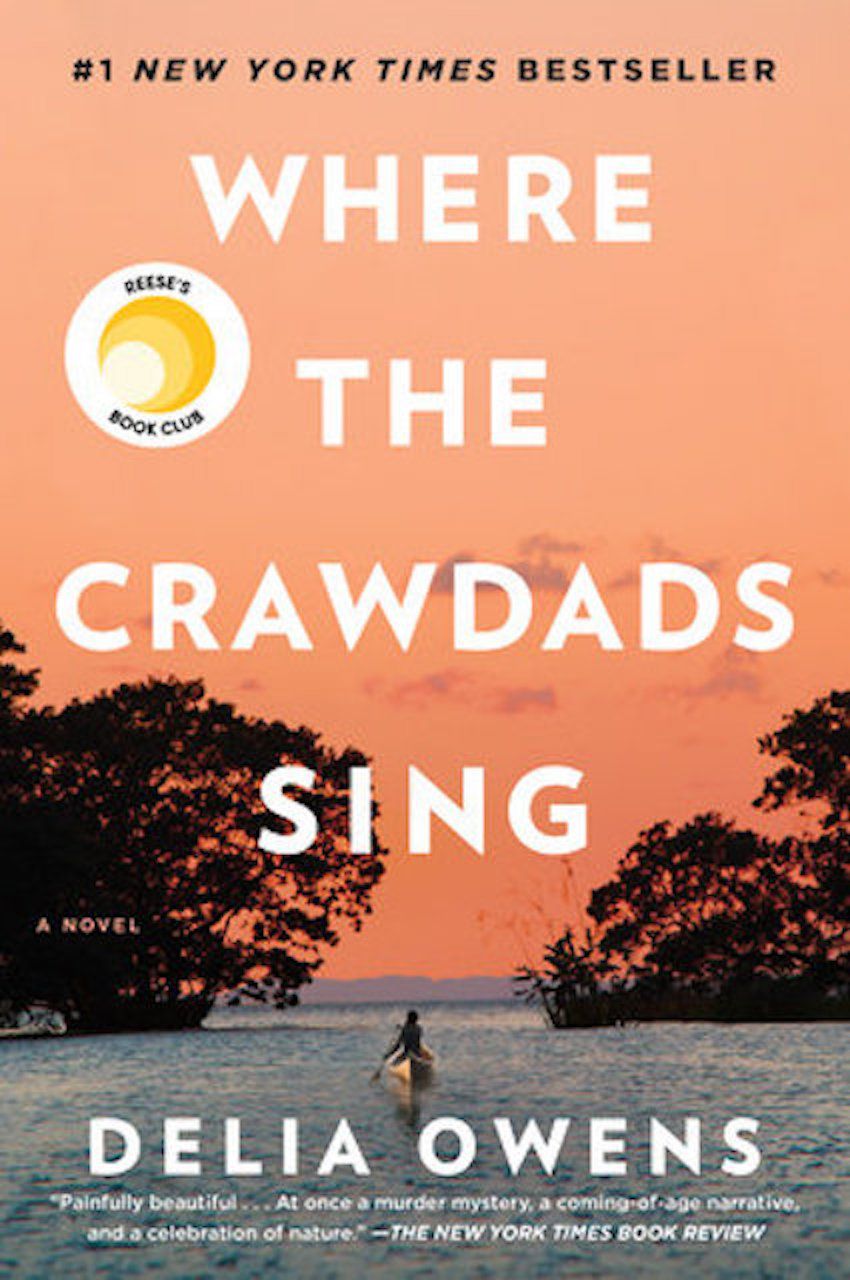 Set on the North Carolina coast, Where the Crawdads Sing is the story of a young woman surviving on her own, depending on the swamp and nearby ocean to sustain her. It’s a celebration of wildlife and the sea, and the power of both to support life. Owens crafts characters who are devoted to the natural world, and connected to it on a spiritual level. Without mentioning climate change, Owens demonstrates that an environment left alone to thrive can provide both comfort and sustenance. Her protagonist Kya, who raised herself alone in a shack in the wilderness after being abandoned by her family, is what the planet needs in 2020: a person who respects the land, and devotes her life to caring for it. Kya’s story is a stirring reminder that though humans have become stewards of the earth, it has the power to protect us, too, if only we let it.

2. Life Along the Silk Road by Susan Whitfield 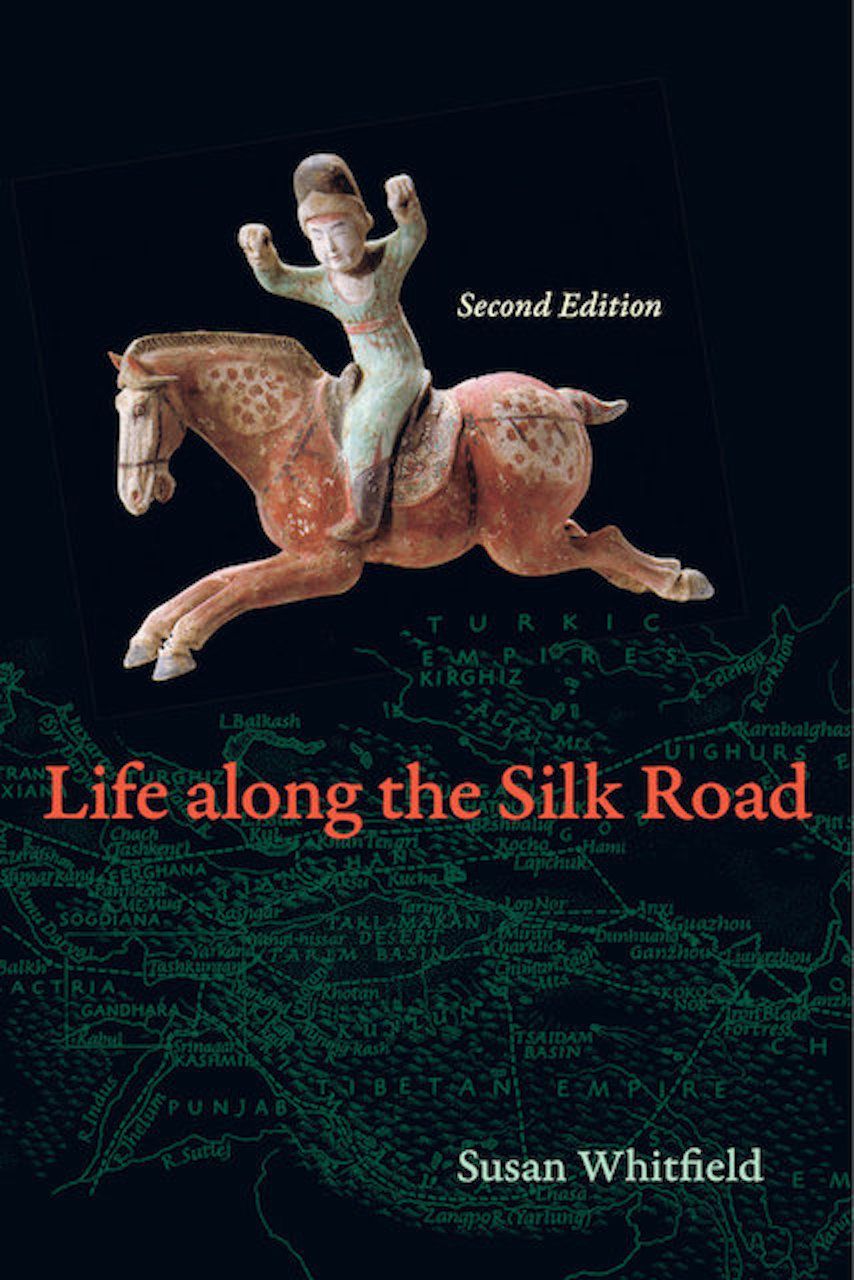 In Life Along the Silk Road, historian Susan Whitfield artfully introduces the reader to an unfamiliar world rich with diverse cultures. The book illustrates the lives of 12 individuals from around Asia over a thousand years ago who both directly and indirectly interact with the cultural exchange brought on by the Silk Road. From the Chinese princess sold into marriage with a Uighur to a trader from Samarkand taking the year-long journey to trade in China, or from the Central Asian prostitute returning home after years away in China to a curious writer in Baghdad, each individual story gives the reader a new insight into a foreign culture, time, and land. While being whisked away to a new place as you turn each page, you may find that these people’s experiences in today’s changing, globalized world feel particularly relevant. 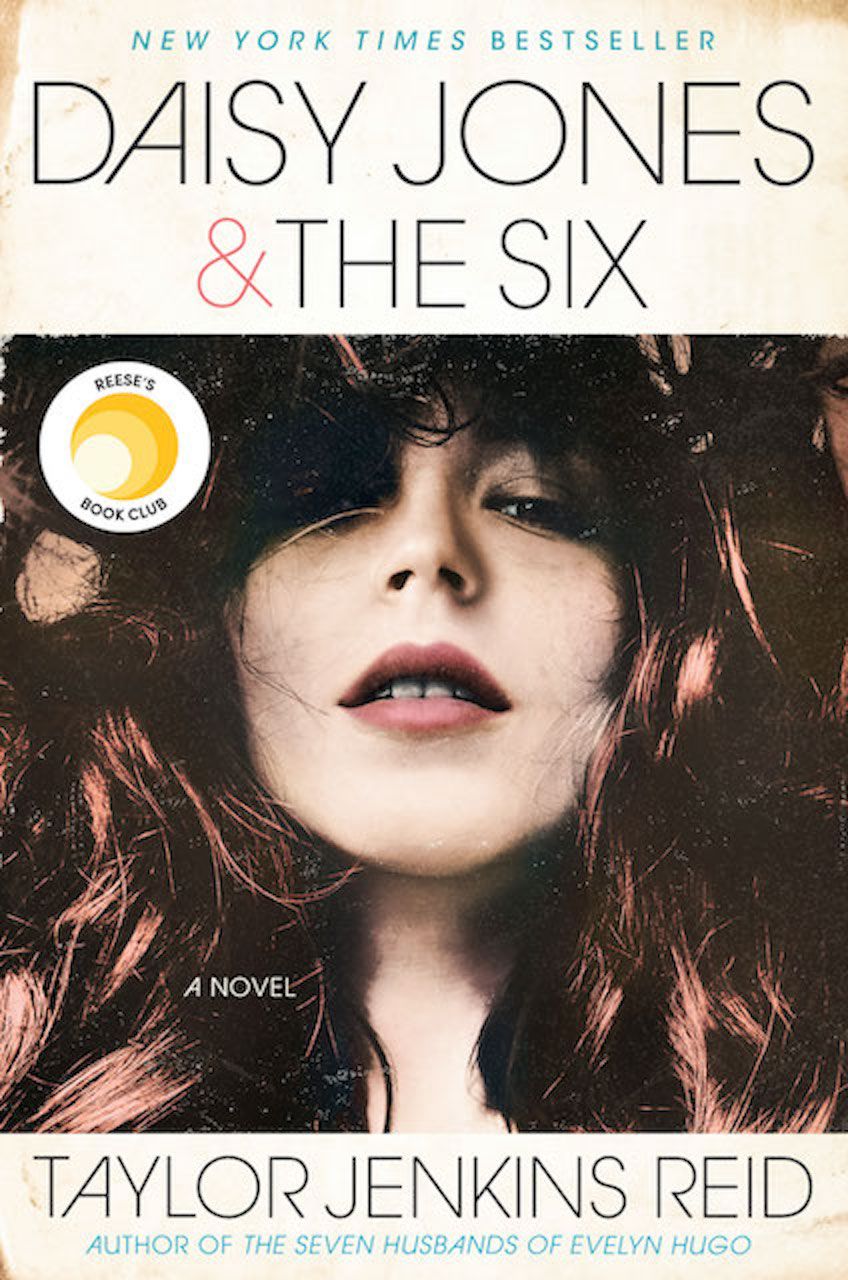 Set during the heady, drug-addled, sexually unbridled era of 1970s Los Angeles, Daisy Jones & The Six is an oral history of a fictitious rock band on the cusp of global fame. The novel takes you behind the scenes of the music industry, explores what it took for a band in the pre-internet days to rise to the top, exposes the larger-than-life personalities that made it happen, and reveals what it was like for talented, independent women to try and make their mark in an often sleazy, male-dominated business. Step on the tour bus for a turbulent, meteoric ride with Daisy Jones & The Six, then prepare yourself for the emotional come down of real life inevitably trumping the glamor and excess of rock and roll fame. This is for fans of VH1’s Behind the Music, Stevie Nicks, Fleetwood Mac, The Eagles, and groovy, laid-back road trips to California. 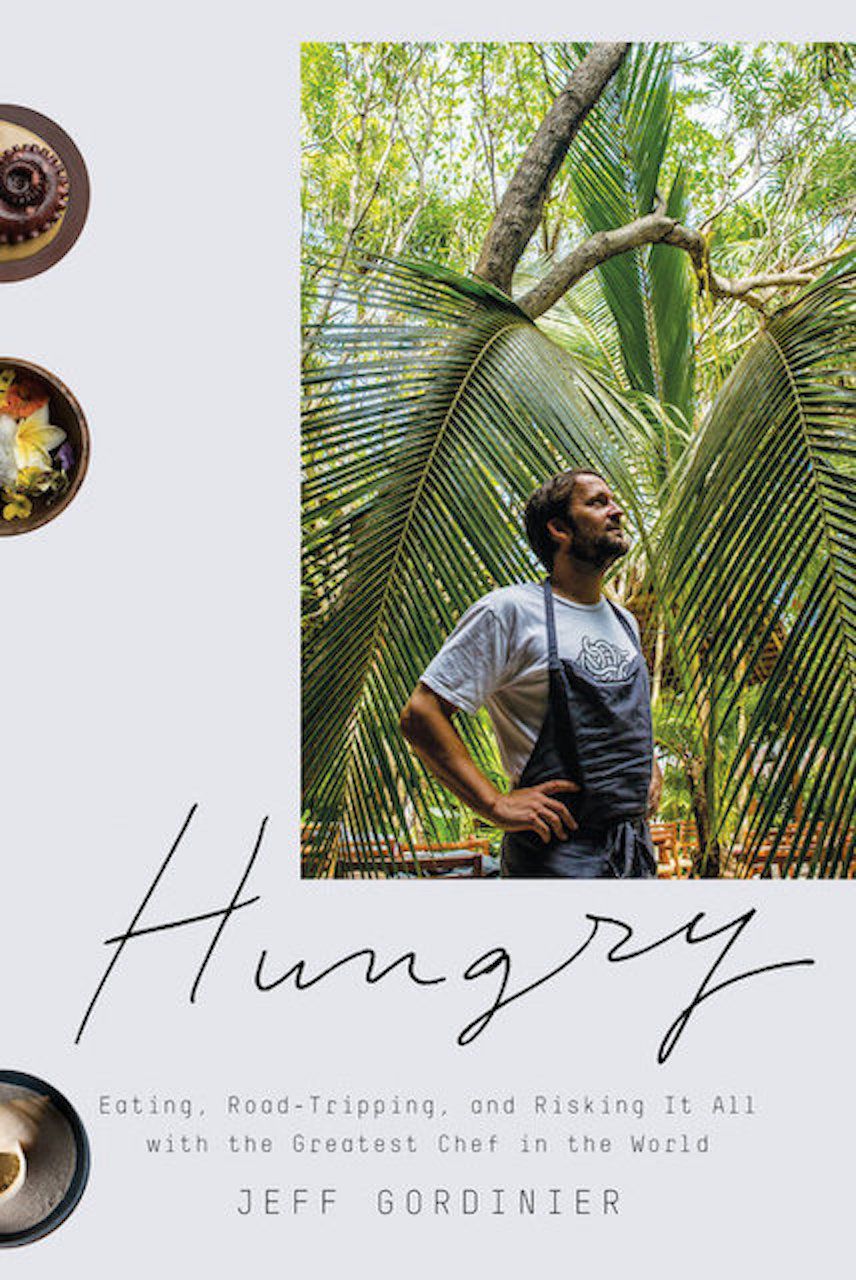 For some of us, we haven’t really seen a place unless we’ve savored its food. More committed foodies travel to distant places just for the food. This is what food writer Jeff Gordinier did over four years, accompanying one of the most celebrated chefs in the world, René Redzepi of the Copenhagen restaurant Noma, which was awarded the title of “Best Restaurant in the World” in 2010, 2011, 2012, and 2014. When Redzepi decided to close Noma to seek inspiration, Gordinier went with him, traveling everywhere from the Yucatán Peninsula to the Arctic Circle. If you love food, travel, and especially food writing, you will not want to put down this book… expect many to get a bite to eat. 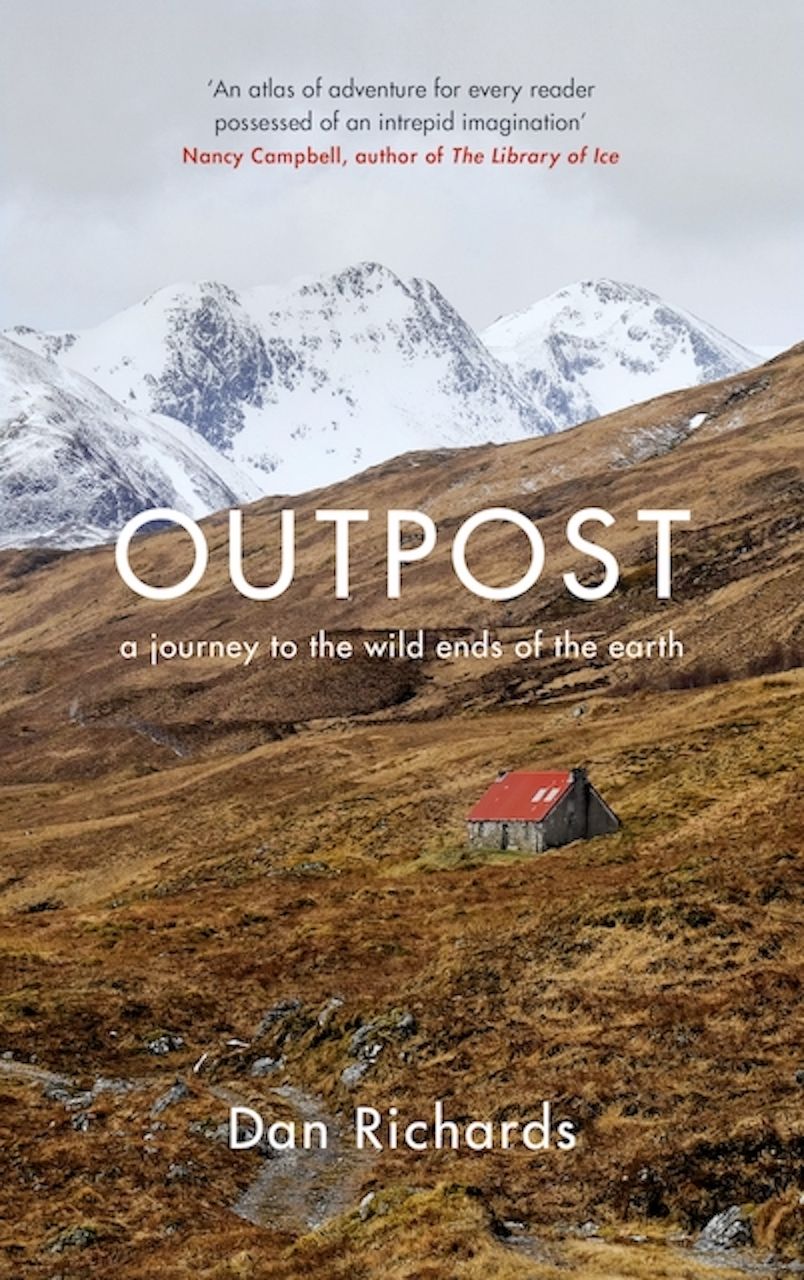 If you’re a traveler who likes to wander deeper than common points of interest in the hope of coming across unusual places, like a remote fire station in the high alpine or a long-neglected lighthouse, Dan Richards’ Outpost is here to answer the question of what those isolated shacks are — or were — used for. Richards outposts himself around the world in backcountry huts, lookout towers, and writer’s dens, telling their stories while celebrating their magnificence. This is a narrative of forgotten places, and of one’s undying quest to use adventure rather than Google as a means to answer burning questions. Richards’ prose is that of a modern Twain, escaping but never diverting from the topic at hand to engage readers in his past and love for peculiar spots — like a remote Utah Arby’s en route to a Mars research station, for example. 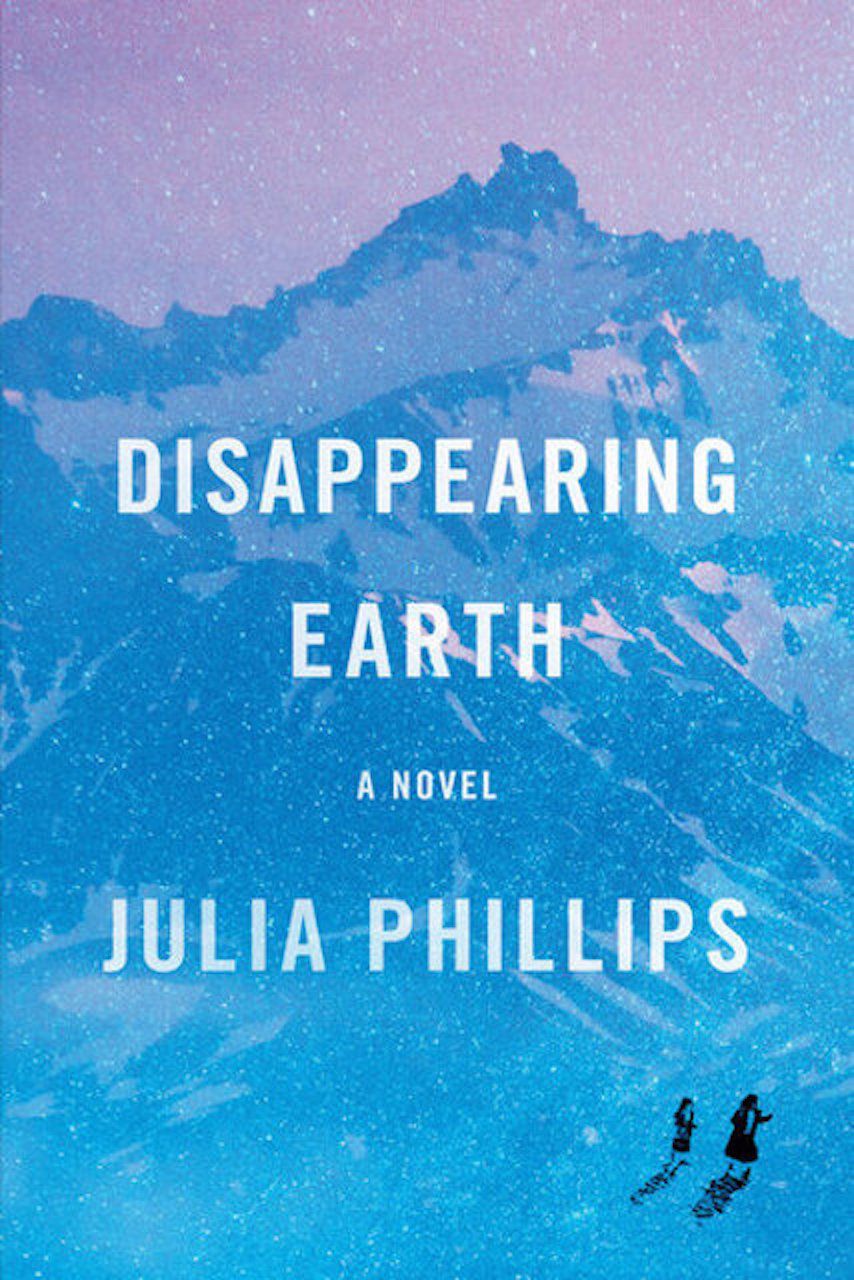 Phillips’ first novel will transport you to a place you may not even know existed: the Kamchatka Peninsula. The 12 chapters of this deeply evocative novel take readers through a year (one chapter per month) in this extremely remote and sparsely populated part of Russia that is closer to Tokyo and Anchorage than it is to Moscow. The novel starts in August, with the voice of a young girl who, at the end of the chapter gets abducted with her younger sister. Each following chapter is the personal story of a woman connected in some way to the tragedy. The beauty of the novel is not only the discovery of an unknown, mysterious place, it is the realization that, despite the geographical seclusion and uniqueness of the peninsula, the people of Kamchatka face the same issues as everyone else — xenophobia, abuse, sexism — and the same emotions — fear, loss, loneliness, and love. 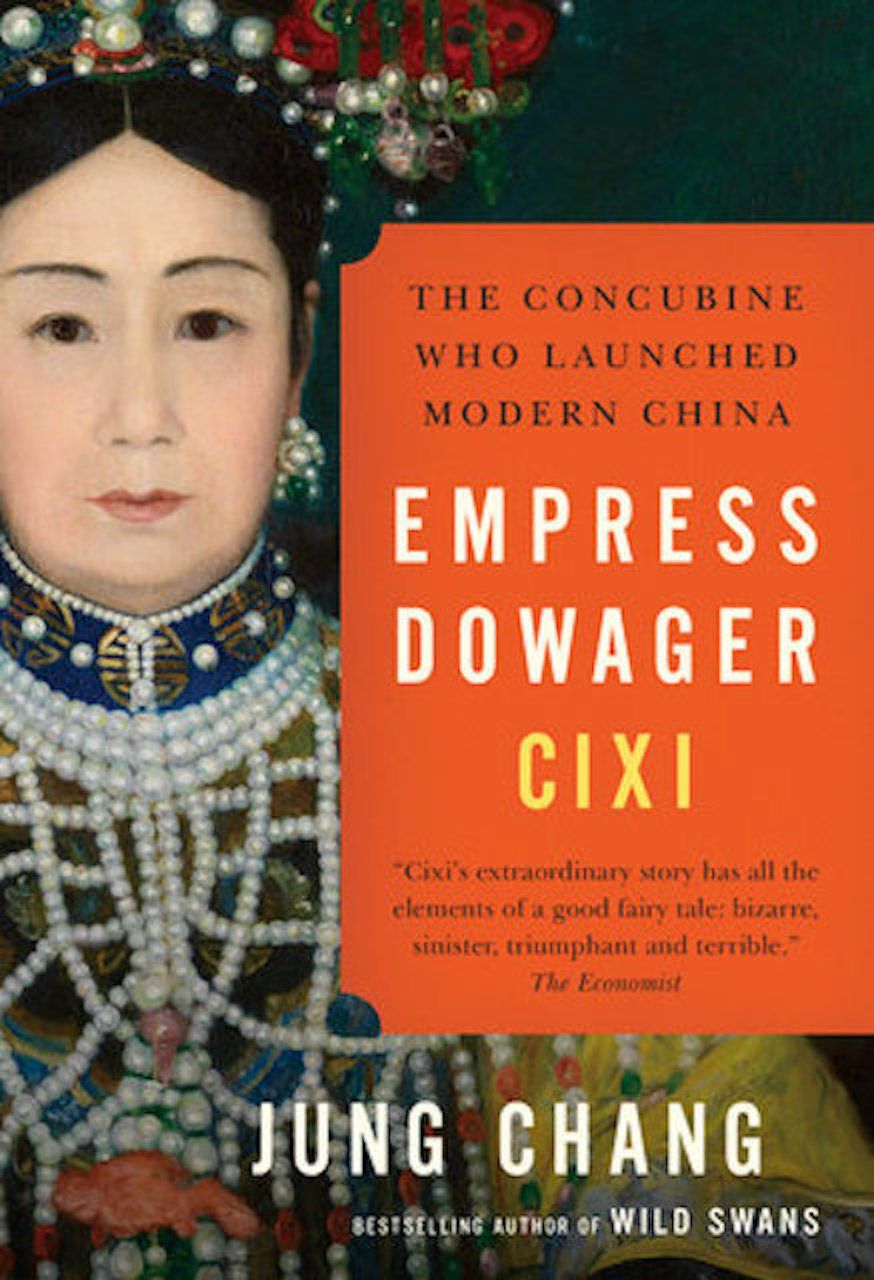 Sourcing from a vast collection of Chinese documents never before seen by the West, Jung Chan paints an engrossing picture of the powerful and open-minded stateswoman who guided China on its path to modernization. Cixi effectively ruled China from the end of the Opium Wars in 1861 until her death in 1908. She was the real power behind the mostly powerless male figureheads who occupied the throne. Cixi’s rule itself is a riveting tale of a woman trying to change a deeply traditional world, bringing the railroad and electricity and even the free press to China. The setting of the book is just as engaging as the politics of the Qing dynasty court. Jung Chang vividly describes life for the Manchurian elite in the Forbidden City, a world made of eunuchs, scholars, and concubines locked in tradition while China outside the walls was on a path of irreversible change. 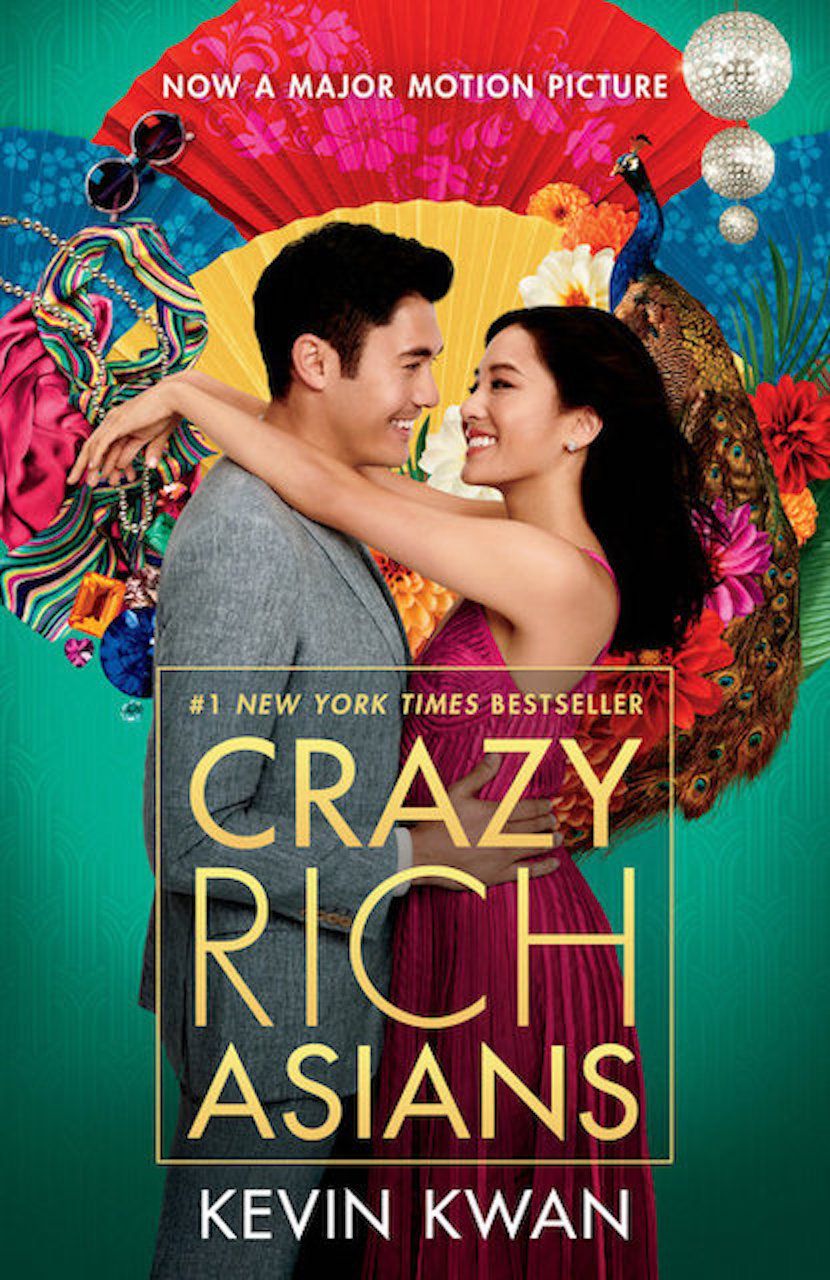 You could argue that Crazy Rich Asians, which takes place in present-day Singapore, has little in common with how the majority of people there live. It’s true that most Singaporeans don’t reside in luxurious mansions within massive, leafy properties that are somehow hidden smack dab in the middle of the city-state, as does the grandmother of Nick Young, the book’s English prep-school-educated heartthrob. But Crazy Rich Asians is still a fun and irresistible look at this island nation, even if it focuses on a fictional set of its very real .001 percenters. You’ll savor (vicariously) the flavors of its food markets, the energy of neighboring islands like Macau and Hong Kong, and the elegant locations throughout the island that are oh-so romantic. It is a love story, after all. 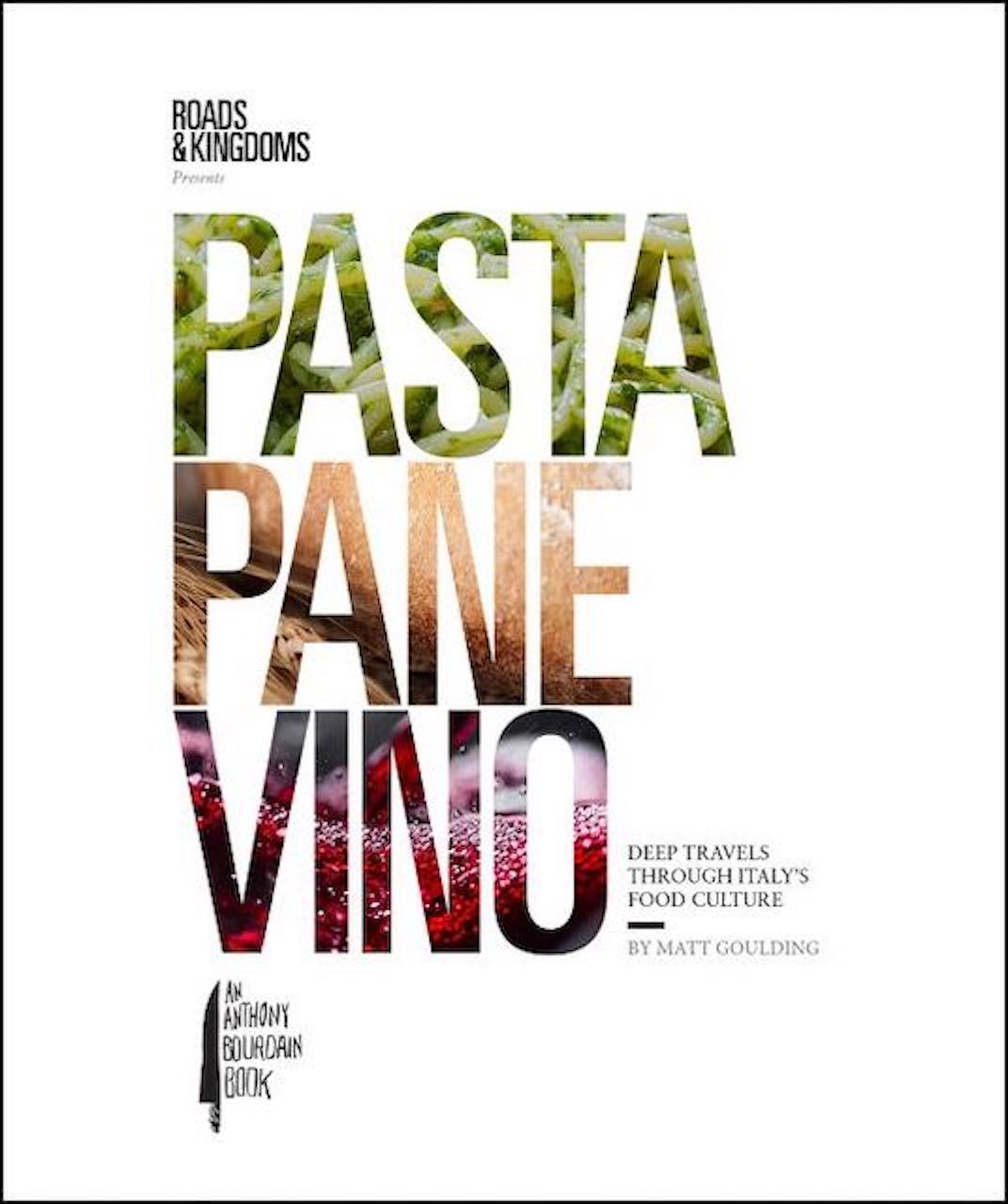 Stories of travel and stories of food often co-mingle but rarely intertwine as they do in Pasta Pane Vino, the third deep-dive analysis of a country’s food culture from Matt Goulding. An outstanding food writer, Goulding seamlessly blends the two, attaching himself to the chefs, cheesemakers, and cultivators behind some of Italy’s most celebrated foodstuffs. Where you’d expect a simple recipe, Goulding instead provides the background of how the ingredients came to be brought together in the first place. In place of a restaurant review, readers find a trek through the hills of northern Italy in search of truffles. Anthony Bourdain’s name is firmly imprinted in the series and within a few pages, it becomes easy to see why. 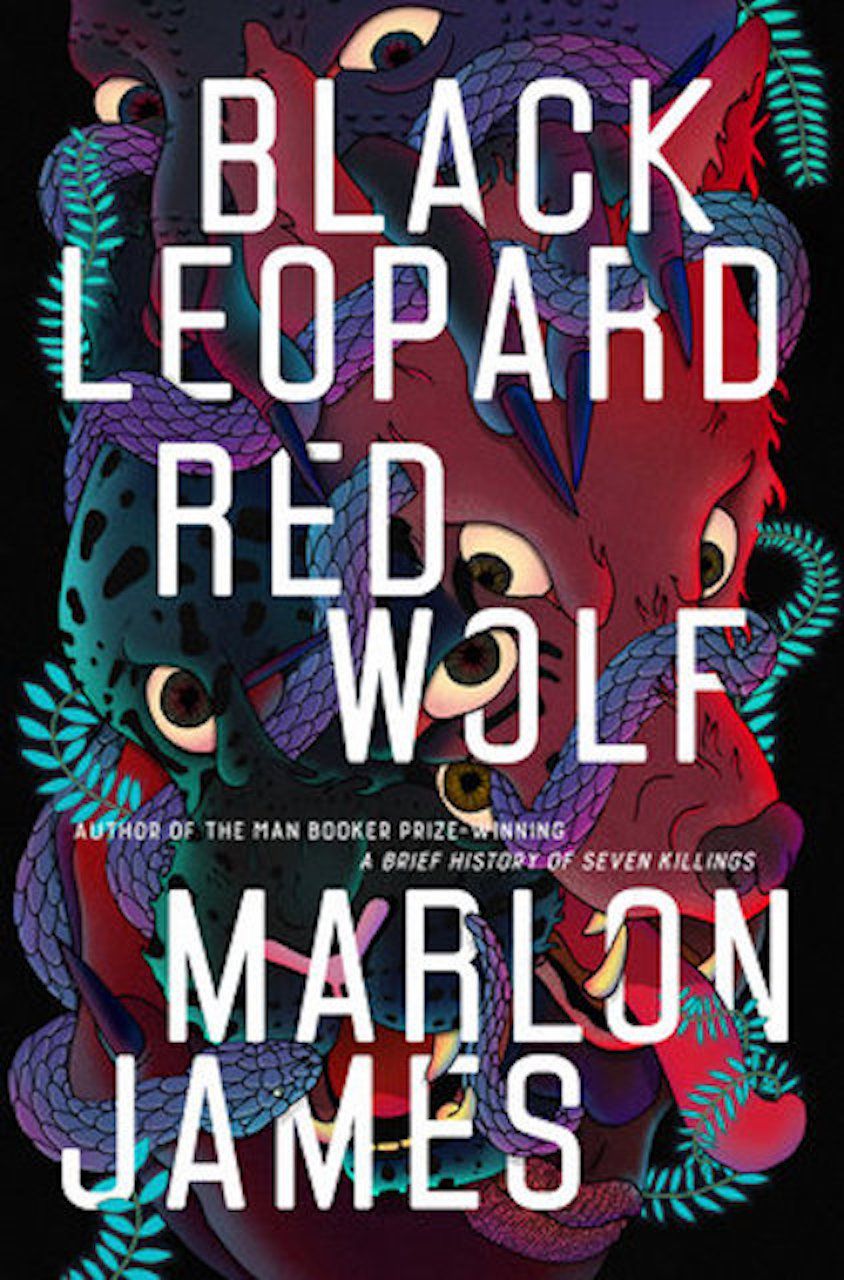 In this epic adventure set in a mythical version of Africa, Marlon James weaves a fantastical world of terrifying beasts roaming a wild, lush landscape. The tale follows a group of bounty hunters, led by a man named Tracker, and his shape-shifting companion, Leopard. The pair is joined by a cast of strange characters including a giant and a witch — both carrying deadly secrets — on their journey through a world where dark magic follows their every step. Along the way, they encounter ancient libraries, kingdoms in the treetops, treacherous jungles, and busy metropolitan cities where ancient evil is lurking behind even the most innocent-looking doorways. However dangerous Tracker’s road may be, this is also a story of love — how to find it even when your life seems covered in shadow, and what it takes, and costs, to protect it. A word of warning: Though this book will transport readers to a vivid, masterfully rendered world that you won’t be eager to leave, it contains many graphic depictions of sexuality and violence. 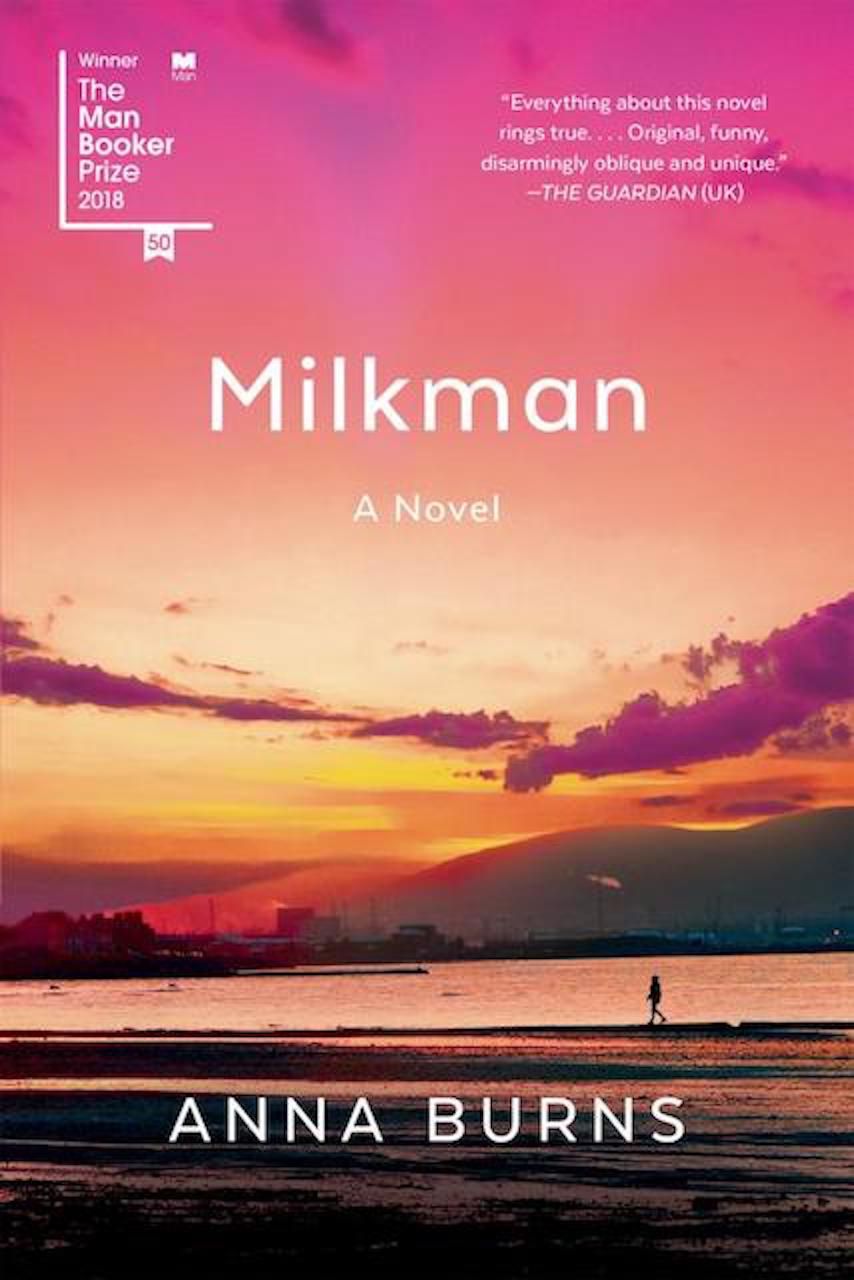 In an unnamed city that readers understand to be Belfast during The Troubles, Middle Sister is an ordinary young woman who suddenly becomes the talk of her neighborhood. In the atmosphere of paranoia and distrust created by the civil war, she stands out when she should be blending in. Not only does she read while walking, a subversive activity for a young woman at the time, but Milkman, a man well-known to be a high-ranking member of the local IRA, takes a fancy to her. He stalks her and subtly threatens to hurt those she loves in an attempt to scare her into a relationship. Middle Sister is trapped: Milkman showing up wherever she goes has the neighborhood’s vitriolic gossip mill going so strong that even her own family believes she’s involved with the paramilitary, and rebuking a man like him can get you and your loved ones in immense danger. Burns’ novel skillfully takes readers back to claustrophobic and suspicious Northern Ireland in the 1970s, where everything is either black or white, good or bad, and where everyone has to take a side, whether they want to or not. 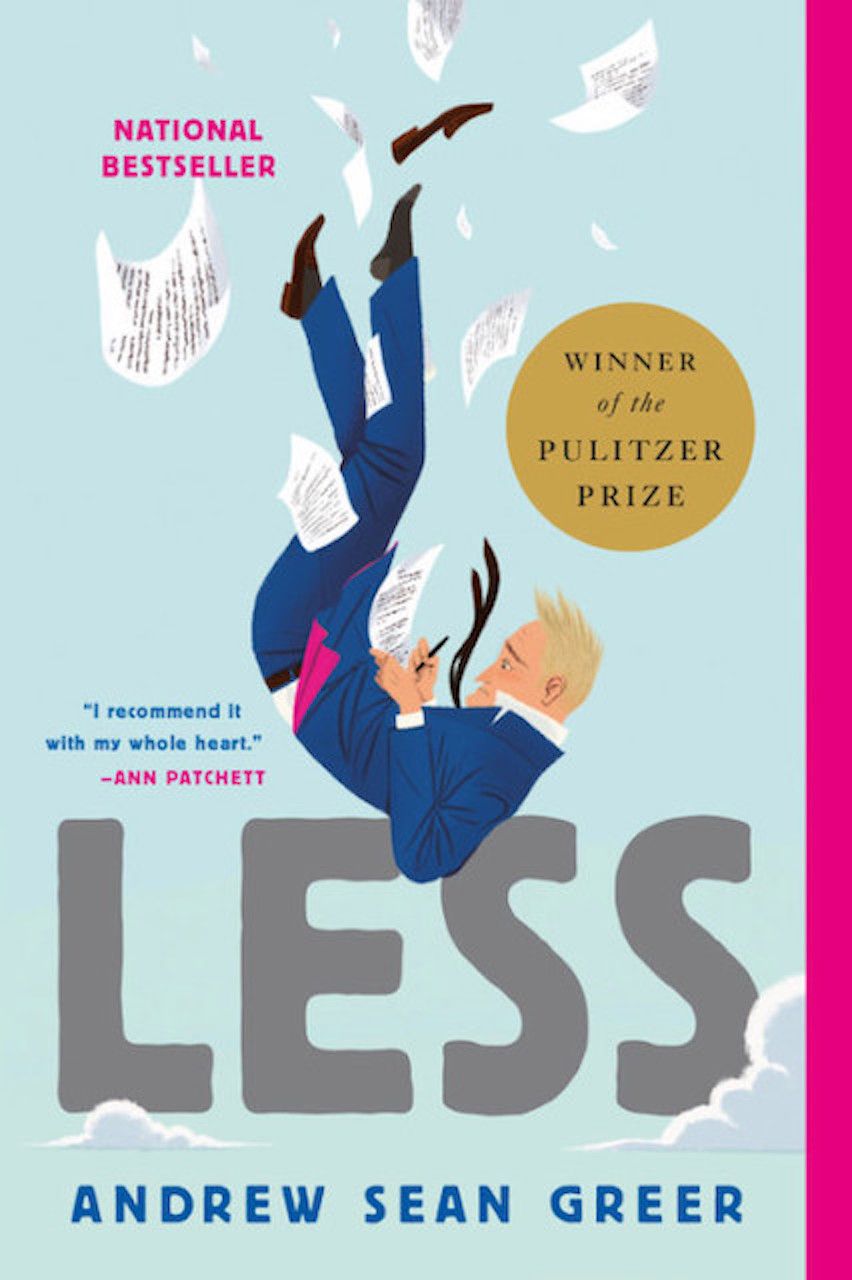 Winner of the 2018 Pulitzer Prize in fiction, Less is a hilarious, poignant, and wise tale of a man in mid-life taking stock on all that he’s done (and wished he’d done), all that he’s left behind, and what, if anything of substance, lies ahead. Arthur Less is an average, if not failed, novelist who faces a bit of an awkward choice. Should he attend the wedding of his boyfriend of the past nine years? Or embark on a whirlwind tour of ill-conceived literary events around the world? Arthur Less picks the latter, and so begins an 80-day outing that takes him to Mexico, Italy, Germany, Morocco, India, and Japan. In his attempt to run away from his problems, Arthur meets all manner of eccentric characters, loses his dignity (and his suitcase), gets wasted, becomes the very cliché of an American abroad, and most importantly, examines what it truly means to love somebody, including yourself.

Food + DrinkThe Best International Cookbooks From Around the World To Try This Summer
Tagged
Books
What did you think of this story?
Meh
Good
Awesome