Philadelphia has had its ups and downs in the 330-plus years since it was founded, but recently, the northeast neighborhood of Kensington’s hardships have been particularly in focus. It has become the epicenter of opioids and the drug trade in the Northeast, earning it the nickname “Walmart of Heroin” in the press.

However, a new boom is taking over the neighborhood and working to revitalize it, and this one is perfectly legal (at least since 1933). Today, breweries and distilleries abound in Kensington, attracting a wealth of customers from around the city. These business owners are investing in the neighborhood and helping to clean it up.

One of the more notable is Philadelphia Brewing Co. on the corner of Frankford and East Hagert. The brewery is housed in a looming 38,000-square-foot structure, serving the same purpose today that it did over a century ago. First constructed in 1885 for the Weisbrod & Hess Oriental Brewing Company, the facility was shut down indefinitely in 1939, falling into a state of disrepair with little hope for future use. In 2001, entrepreneurs Nancy and Bill Barton acquired the property to breathe life back into the local brewing scene.

It wasn’t easy, and each window and door was secured behind boards or double-padlocks. Starting a successful business here meant focusing on more than just one business; it was about the entire community. The pair quickly set out to create a positive impact on the local community.

“Early on, we teamed up with New Kensington Community Development Corp (NKCDC) and helped start the East Kensington Neighborhood Association, inviting neighbors in once a month for the meetings,” Nancy Barton says. “We also started a neighborhood cleanup back in 2002 and hosted a BBQ for all the volunteers afterwards. There is now a spring and fall cleanup, in which we host a BBQ afterwards.”

Their efforts to enact change didn’t stop at Kensington’s human population. The Bartons have also rescued local cats and kittens. Some of the more socialized have found homes, while the more feral are neutered or spayed and released back to a colony of cats the Bartons help take care of. Barton’s colony is now down to three cats, and she estimates if they hadn’t done the trap-neuter-return program there would be well over 50 feral cats in the area. 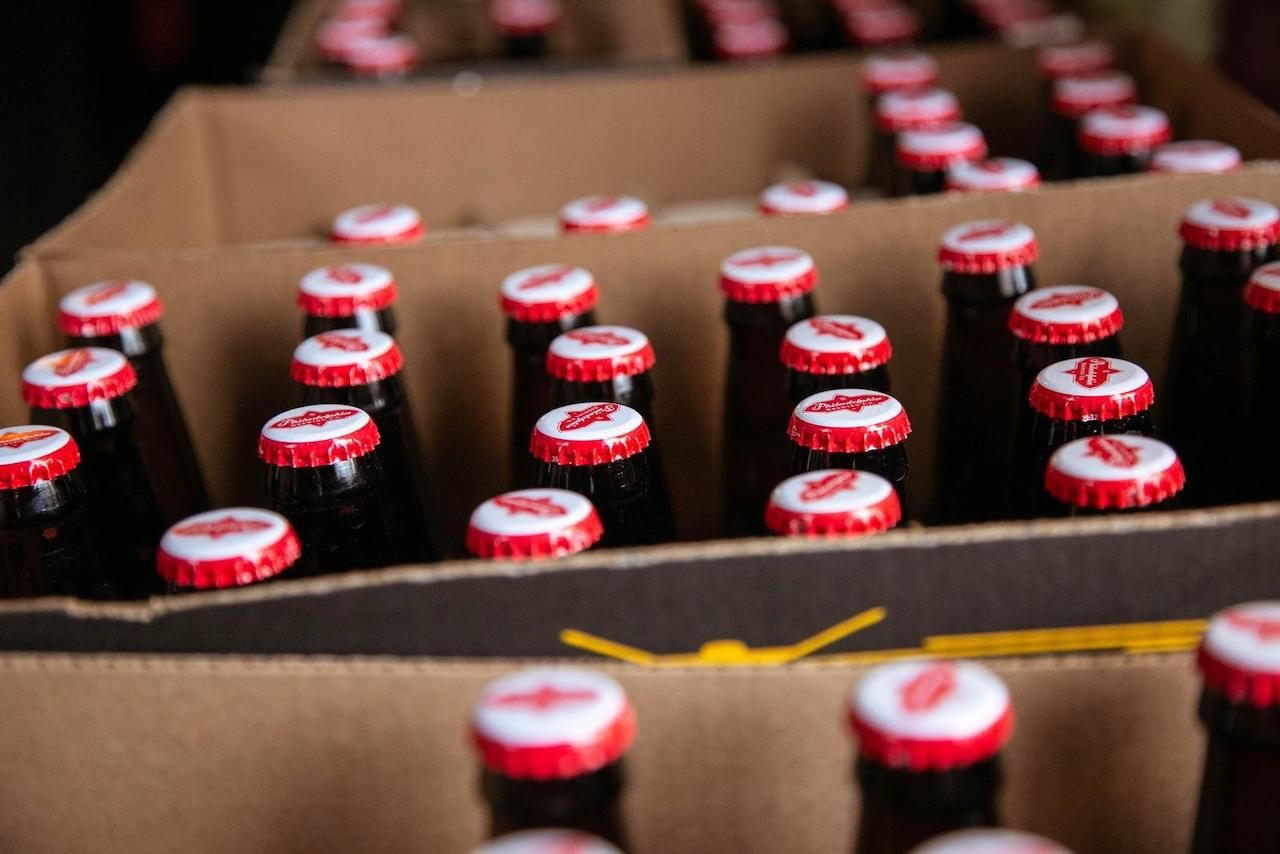 Philadelphia Brewing Co. is also, of course, about the beer. It’s now a beloved facet of the neighborhood, making craft brews like the Walt Wit, an unfiltered Belgian-style white ale, the Newbold IPA, and the hugely popular Kenzinger beer. But the neighborhood is becoming a hotspot for more than just beer.

Just over a mile away, New Liberty Distillery sits on the outskirts of Kensington. The main building contains horse stalls, a reflection of the property’s former use as a stable. While the owners have preserved the building’s unique architecture, master distiller Robert Cassell is working to preserve Philadelphian rye whiskey, a spirit that was at one time heavily produced in the city. The brand’s spirits are made using a custom-made still, and barrels are stored in an on-site rickhouse. Outside of rye, New Liberty also makes a white rum and vodka on site, ensuring there’s a spirit fitting a wide variety of tastes. For local Kensington residents, the outdoor whiskey garden serves as a bustling hangout spot, while the polished bar and tasting room provide an opportunity for residents from other neighborhoods to experience what Kensington has to offer.

Today, Philadelphia Brewing Co. and New Liberty are far from alone in turning Kensington into a destination for lovers of craft beverages. Another standout brewery is Fermentery Form. Combining non-traditional strains of both yeast and bacteria, the brewery experiments with personally crafted cultures rather than purchasing them off-site. The staff also utilize a Solera system where different beers of different ages are stored and blended in oak barrels. This combination of practices further reinforces the neighborhood’s rising prominence in the drink industry, with operations ranging from routine to unconventional. 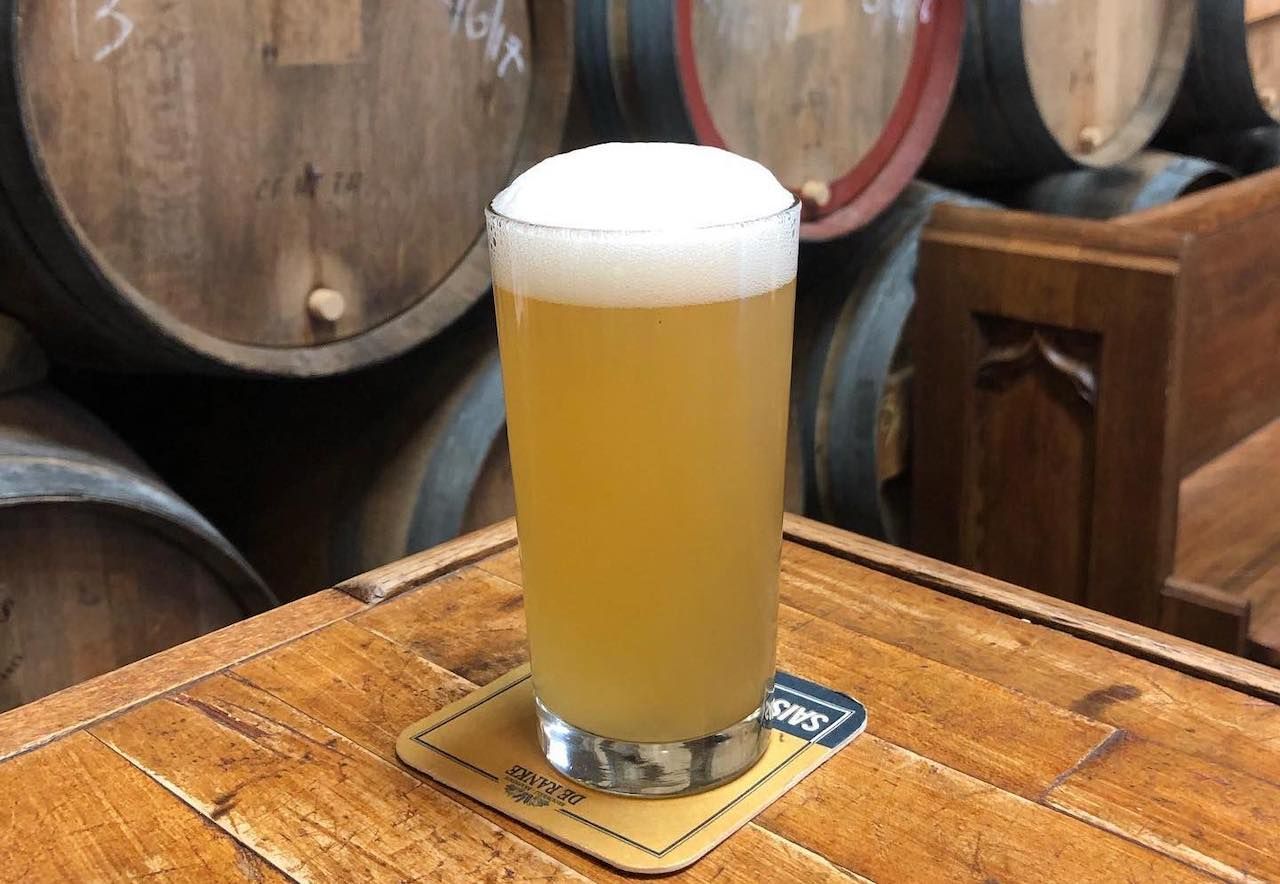 While the district isn’t perfect, and still has a long way to go, local business owners have seen abundant amounts of positive change over the past couple of decades.

“Kensington has changed tremendously since we bought our property in 2001,” Barton says. “There are fewer vacant trash filled lots and slightly fewer overall quality of life crimes. There is more development and more retail businesses … Taxi cabs didn’t come to our neighborhood — now Lyft and Uber drop people here! It’s crazy to think about.”

It’s impossible to know what Kensington’s future holds, but current developments seem to point toward better lives and opportunities for its residents. Bars, breweries, and distilleries provide a space for community members to relax, refine their tastes, and pump money into the local economy. For out-of-towners, a fun night at a collection of Kensington’s watering holes could aid in dispelling negative stereotypes about the area. While alcohol may seem like an odd ally in an area so ravaged by addiction, in Kensington, it’s also one factor in creating a safer neighborhood.

Where to drink in Kensington 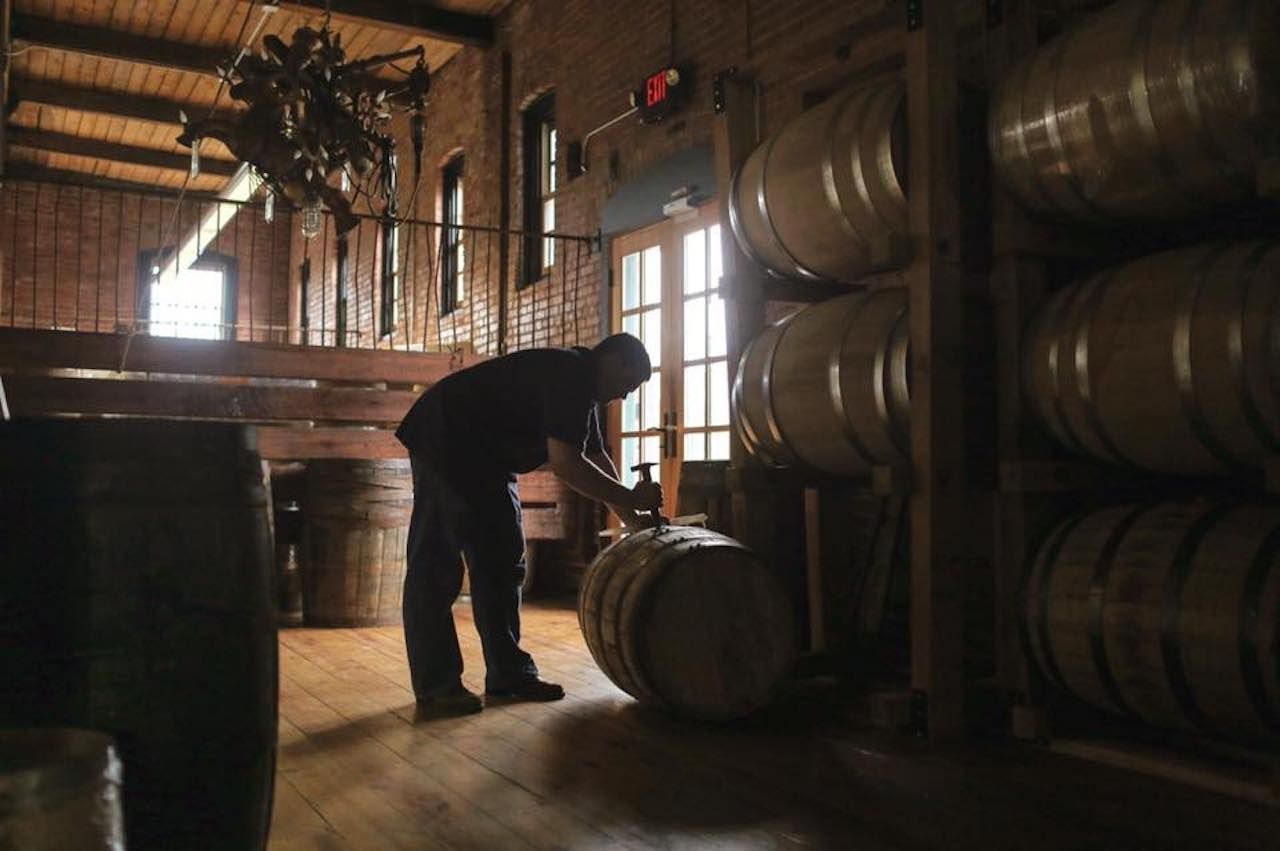 New Liberty Distillery: What was once a stable is now a distillery, bar, and tasting room, though much of the original architecture remains. Standouts include the Dutch Malt Whiskey that uses barley from the Chester County-based Deer Creek Malt House and the Millstone Rye, which uses malted rye from the same malt house and is aged in new American oak to mimic the production methods of the first rye producers in the US. Even if you’re not a whiskey fan, New Liberty is a destination for the bar and tasting room, where the in-house bartender makes cocktails using the brand’s whiskey, white rum, and vodka.

Philadelphia Brewing Co.: Philly’s oldest running brewery is located in a former brewery constructed by Weisbrod & Hess Oriental Brewing Company in 1885. The massive space (38,000 square feet) includes the brewery and tasting room. Tours are offered on the first Friday of every month from 5:00 PM to 10:00 PM, and every Saturday from noon to 3:00 PM. The beers cover a wide range of styles, from European-inspired lagers to classic American IPAs.

Fermentery Form: Rather than using traditional commercial yeasts, Fermentery Form uses its own cultures of yeast and bacteria to create truly unique beers. While each batch is different (including some aged in wine barrels), all are Belgian- and farmhouse ale-inspired. The bar’s decor includes wooden church pews and a wooden bar, but the real art at Fermentery Form is in the blending of beer. Some bottles are meant to be had immediately, while others can be aged for years.

BeerRochester Has Reinvented Itself as the Northeast’s Best Beer Town
Tagged
Beer Restaurants + Bars Spirits + Cocktails Philadelphia, PA, United States
What did you think of this story?
Meh
Good
Awesome

The Truth About Artificial Vanilla Extract (and Why You Should Always Splurge for Pure)
Jersey City Restaurants Are Just as Good as Anything in NYC. Here’s Where To Go.
These 7 Cannabis-Fueled Restaurants Will Take You To New Highs in the Most Delicious Way
7 Literary Pubs Where You Can Drink Like Your Favorite Authors
These Boston Food Tours Showcase America’s Most Underrated Food City