When it comes to buying recreational cannabis, there are dispensaries and then there are high-design centers where the purchase of weed is just one aspect of the experience. California’s largest dispensary, Planet 13, opened on July 1 and falls squarely in the latter category.

Planet 13’s Orange County location (the company’s name stems from how “M” — for marijuana — is the thirteenth letter in the alphabet) is located in Santa Ana close to both Disneyland and Knotts Berry Farm. It’s the second Planet 13 location — the first opened in Sin City in 2018, and Matador named it one of the top dispensaries in Las Vegas thanks to water displays, an LED roof, and 40,000 square feet of space. 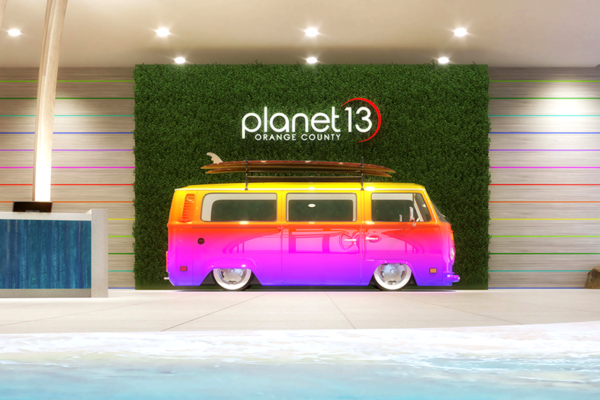 From the looks of it, the Orange County location is no less appealing. There’s an 80-foot-wide digital waterfall, a sand-and-shore display that leaves digital footprints when you walk over it, and a Volkswagen van that puffs out fake smoke to make it look like the people inside just hotboxed the vehicle. Oh yeah, there’s also 50 registers and some 250 workers to help you complete the task you likely came for: actually buying cannabis.

Possibly the most exciting aspect is that the opening is only the first phase. According to the LA Times, an indoor rain simulation will come from the ceiling and 18-inch mechanical butterflies will float around like some sort of upside down Alice in Wonderland trip. A center for in-house cannabis products will also be added down the line, as well as a 15,000-square-foot public consumption lounge complete with a splash pool. 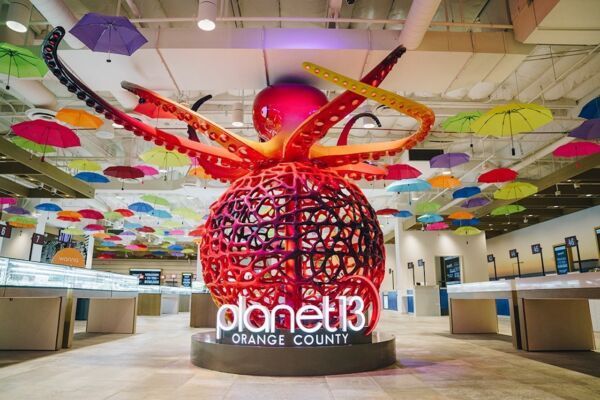 It seems fitting that Planet 13’s two locations are in areas known for over-the-top, amusement-park-esque experiences. As draconian laws and drug policies change across the country, these beacons of marijuana signal what’s next in cannabis tourism. Yes, it may be easier to go to a smaller dispensary for a quick trip, just like it’s easier to watch Disney channel if you want to see your favorite characters. But that doesn’t mean a trip to Disneyland every once in a while isn’t worth the experience.

CannabisThe best recreational cannabis dispensaries in America
Tagged
News Cannabis
What did you think of this story?
Meh
Good
Awesome

Where to find your favorite celebrity cannabis brands