Of the nine states with legal cannabis in the United States, all but Massachusetts have kept recreational dispensaries open. The number of dispensaries that have remained open is much higher when you take into account medicinal dispensaries, which by and large are being treated the same as pharmacies. That’s not to say it’s business as usual, though: Nevada only allows delivery, while Michigan has limited sales to delivery and curbside pickup. Life as an essential business during a global pandemic is also, by many accounts, busier.

“You have the normal guy who gets an eighth, he’s getting an ounce now,” says John*, a Denver resident who frequents a number of local dispensaries. “Someone who got an eighth every other week now gets an ounce every Friday. Everybody is buying at least a half ounce over what they usually get.”

Ashley Blackwood, the director of compliance at THRIVE in Nevada, tells me people are purchasing for delivery in much larger quantities than normal, and Chris Lane, chief marketing officer of Airfield Supply in San Jose, California, reports a similar uptick. The pandemic hasn’t changed anything about the quality of cannabis being sold. There also hasn’t been a big policy change making cannabis cheaper or more available. What there has been is a change in perception, not just that dispensaries could shut down at any moment, but that cannabis is the best way for some people to treat the inevitable anxiety that follows a pandemic. And it’s likely to last beyond current shutdowns and stay-at-home orders.

“It’s going to change the conversation pretty significantly,” Jeff Yapp, CEO of Chalice Farms, an Oregon-based company, says over the phone. He later adds, “My belief is as we look forward, our product plays a real need in an environment of tremendous stress and anxiety, so you’ll see [overall] growth.” 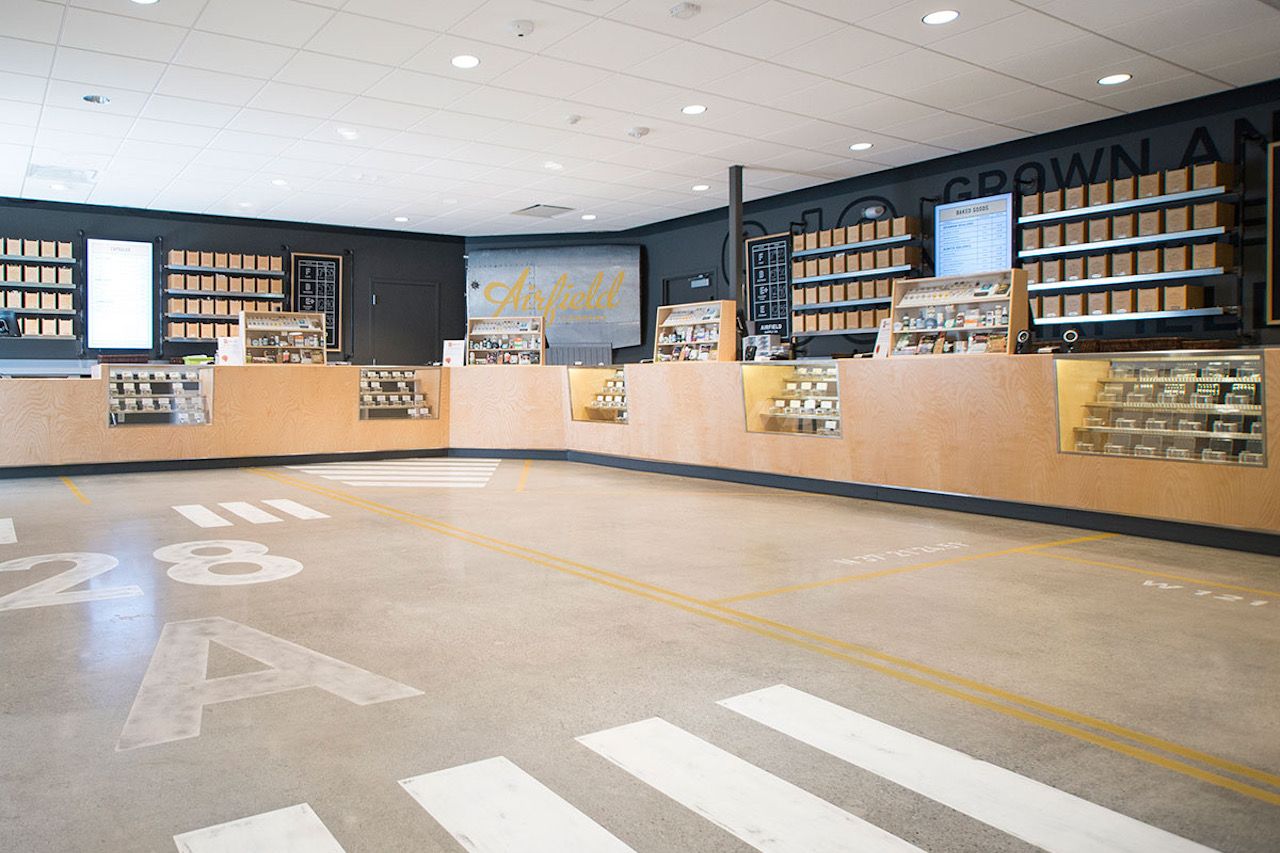 With fears of shutdowns came surges in purchases, according to the cannabis data analytics company Headset. Colorado dispensaries saw a 40-plus percent increase in sales volumes from March 16 to 22, and in Denver there was a 120 percent increase on March 23 compared to typical Mondays. California and Washington sales went up more than 100 percent on the week of the 16th. Data obtained by Bloomberg from Weedmaps and Leaflink found that what people bought changed as well: Orders of edibles went up by 18 percent while cannabis flower orders fell by 21 percent.

During the first four days of California’s shelter-in-place order, Airfield Supply, which sells both recreational and medicinal cannabis, saw massive spikes. Lane says the company saw consecutive record-breaking days with 20 to 40 percent increases. In Nevada, Blackwood saw a huge uptick in edible sales at THRIVE, as well as in concentrates.

It’s been a massive, and rapid, switch for dispensaries. Many went from operating as brick-and-mortar shops to online retailers. THRIVE shifted its business model in a matter of hours as Nevada decreed that dispensaries could do delivery only during the pandemic. Currently, the north Las Vegas dispensary is fulfilling orders for a huge uptick in new users and more frequent orders from regulars.

“People are being confined to their homes and there’s so much unknown and anxiety,” Blackwood says. “They’re looking to anything they can to provide some sort of distraction or relief.”

Before the pandemic, at Airfield Supply, Lane says, the dispensary was seeing around 1,500 people on average per day. The last two and a half weeks have been a dramatic change as the company works to continue providing for customers who very much consider its products an essential service. Airfield Supply’s 5,000-square-foot retail space has essentially turned into a massive fulfillment area as orders move to pick-up and delivery only. The delivery fleet of Teslas doubled from four to eight vehicles to meet demand. 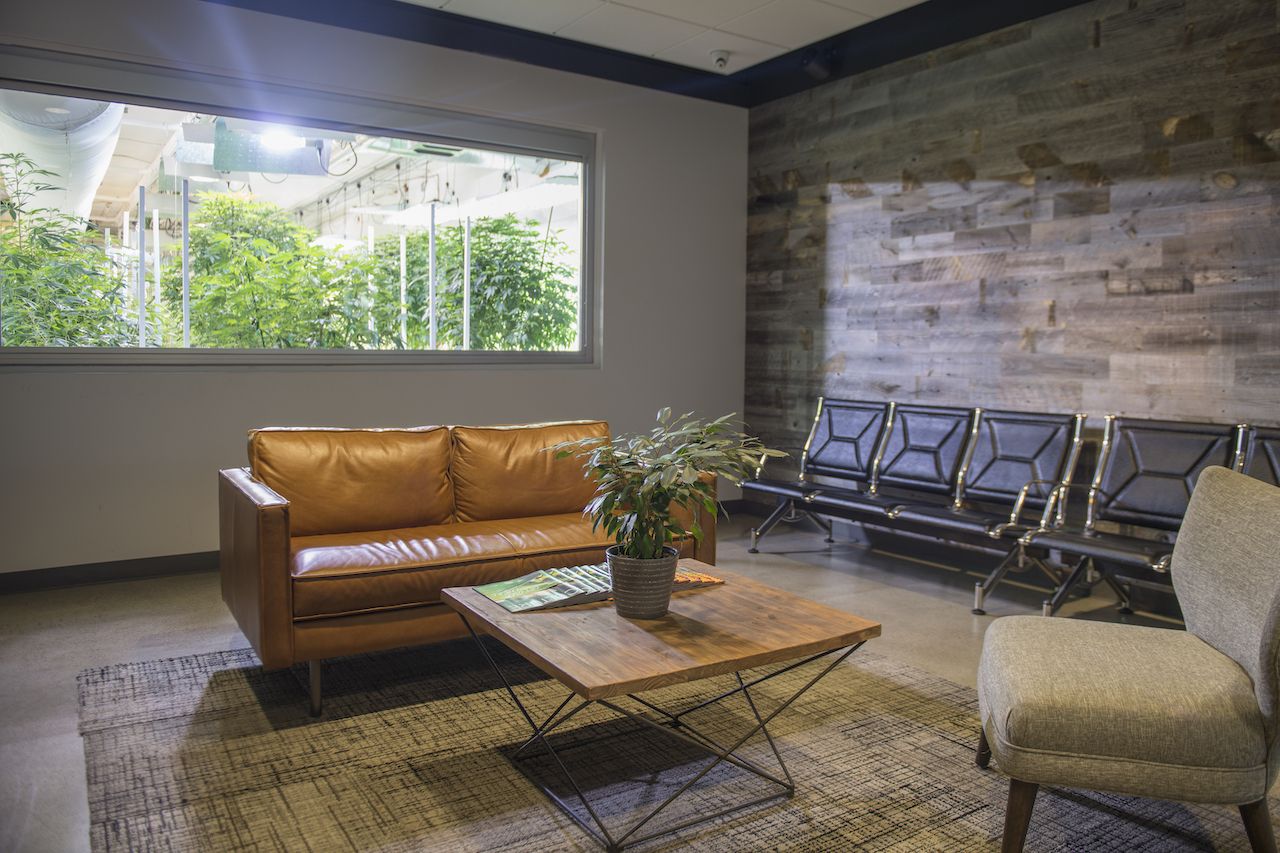 “From our perspective, we absolutely know and hear stories all the time of people who use cannabis as an essential need,” Lane says. He notes that with the increase in recreational dispensaries, people who once purchased cannabis solely from medical facilities now have more options for where to shop.

Airfield Supply has gotten first-hand feedback on how its services are helping people get through the pandemic. A customer with Lyme disease emailed their appreciation for the delivery driver’s willingness to come to her door, elderly customers have mentioned their concerns of leaving their home, and one woman told a delivery driver that she’d “never be able to handle this if it wasn’t for this delivery.”

“Plenty of people use [cannabis] for personal issues like stress and anxiety issues,” Lane says. “They’re on the medical side of things, and we’re absolutely providing an essential need for those individuals.” 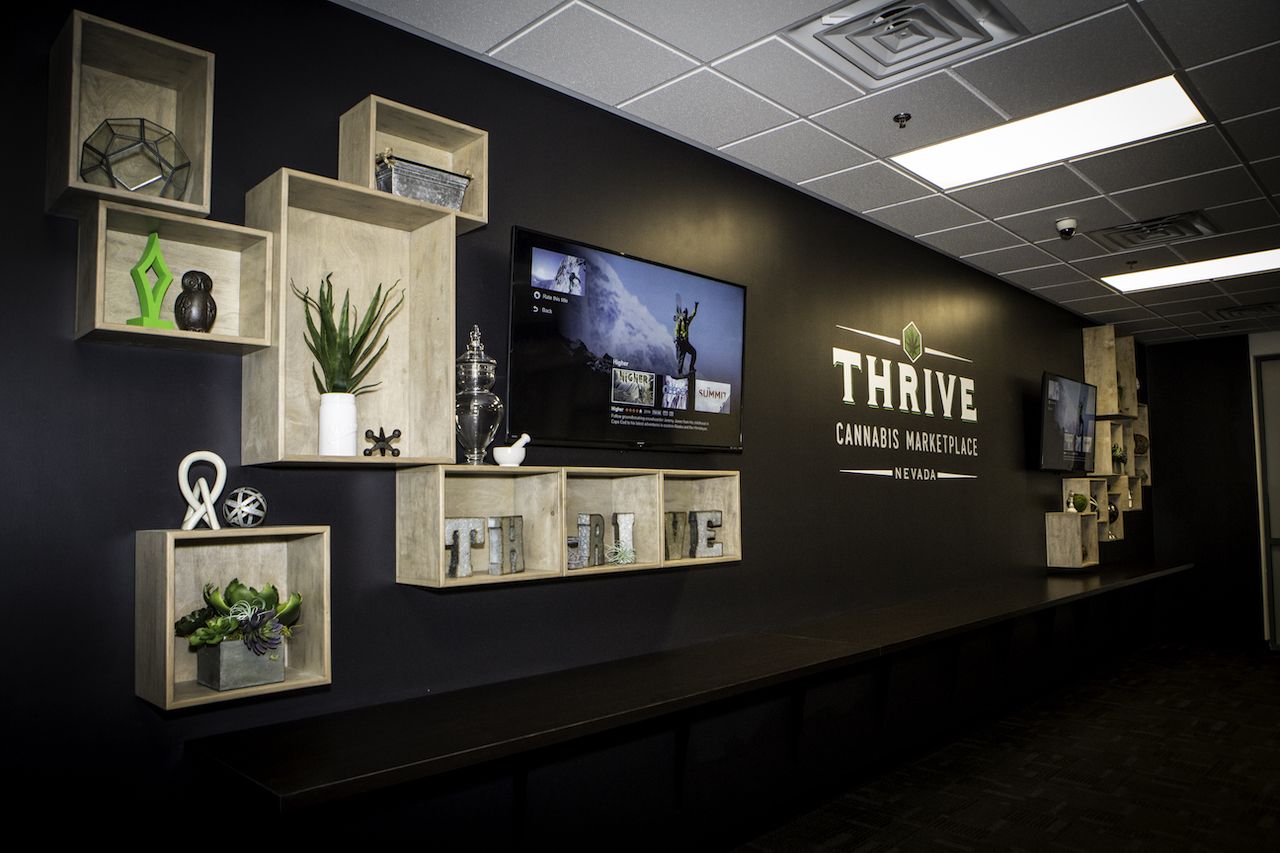 This rapid change in how business is done — in an industry where rapid changes due to regulations and demand are common — hasn’t been without its fair share of issues. Over the phone from Colorado, John described dispensaries with lines snaking out of the door with people standing six feet apart. He’s waited 30 minutes to an hour for curbside orders, even after completing automated check-ins.

People from every dispensary that I spoke with emphasized measures to keep staff healthy and safe, including sick days, guaranteed pay, hiring extra staff, and applying extra sanitation efforts. Customers have appreciated the efforts and seem just as keen on helping the people delivering their cannabis as the people at the dispensaries.

“We’ve had people barely crack their doors open with hand sanitizer and ask if you want some,” Blackwood says. Guards for gated communities have been more inquisitive on deliveries, but so far THRIVE hasn’t run into any real issues. Primarily, customers have been asking more questions, especially regarding which strains relieve anxiety. (Nevada’s recreational dispensaries can’t legally offer medical advice, but in general sativa strains are for going out while indica has more of a sedative effect.)

Yapp, who has experience in both Oregon and California, notes that the frequency of these types of questions is only going to increase as people who suffer from anxiety, stress, insomnia, and chronic pain turn to cannabis. He believes growth is going to come primarily from new users, including people looking for an alternative to alcohol, who find themselves struggling with mental health issues while under quarantine.

“Chalice has been focused on health and wellness from the beginning,” Yapp says, noting that the company was going to focus on health and wellness education for the month of April before the pandemic started. “As states have designated us essential, that’s the dialogue and conversation we want to have. For people who have been [skeptical about legal cannabis], this is opening eyes to a conversation that wouldn’t otherwise be happening.”

CannabisEverything To Know Before Going To a State With Recreational Marijuana
Tagged
Cannabis COVID-19
What did you think of this story?
Meh
Good
Awesome