Combine a good yoga studio with talented instructors, and you’ll likely be able to find a class to provide the delightful post-yoga high that comes with stretching your muscles and mind.

But at Flow State Yoga in Banff, Alberta, it’s not a post-yoga high that’s filling classes — it’s the pre-yoga high. And it’s high in the classic sense: the studio wants you to roll a joint before you unroll your mat. Keep it reasonable, though — you still have to be able to stand up straight.

“The goal is to be microdosing so that you feel more uplifted and aware rather than high off your seat,” says Flow State Yoga owner Coleman Rodrigues.

Rodrigues opened the modern one-room yoga studio in downtown Banff in November 2021 and began the popular “Flower with Flow” class just a month later. He says it’s based on something he was already doing in his personal practice and wanted to test the waters to see if others were interested in the experience. While it’s not a requirement, guests are encouraged to come to class high. Cannabis, of course, is the only legal “drug” in British Columbia, but it’s a judgment-free studio. In fact, you don’t even have to come to class high. “It is totally optional to the practitioner,” says Rodrigues, and you will get a benefit from the class regardless if you’re high or not.”

But microdosing is the point of the class, and Rodrigues thinks yoga and cannabis naturally complement each other. “[They] both stimulate the parasympathetic nervous system — the body’s “rest and digest” setting — so combining them together really creates something special,” says Rodrigues. He says that he feels more creative during these classes and finds that his mind can focus more fully on the flow. 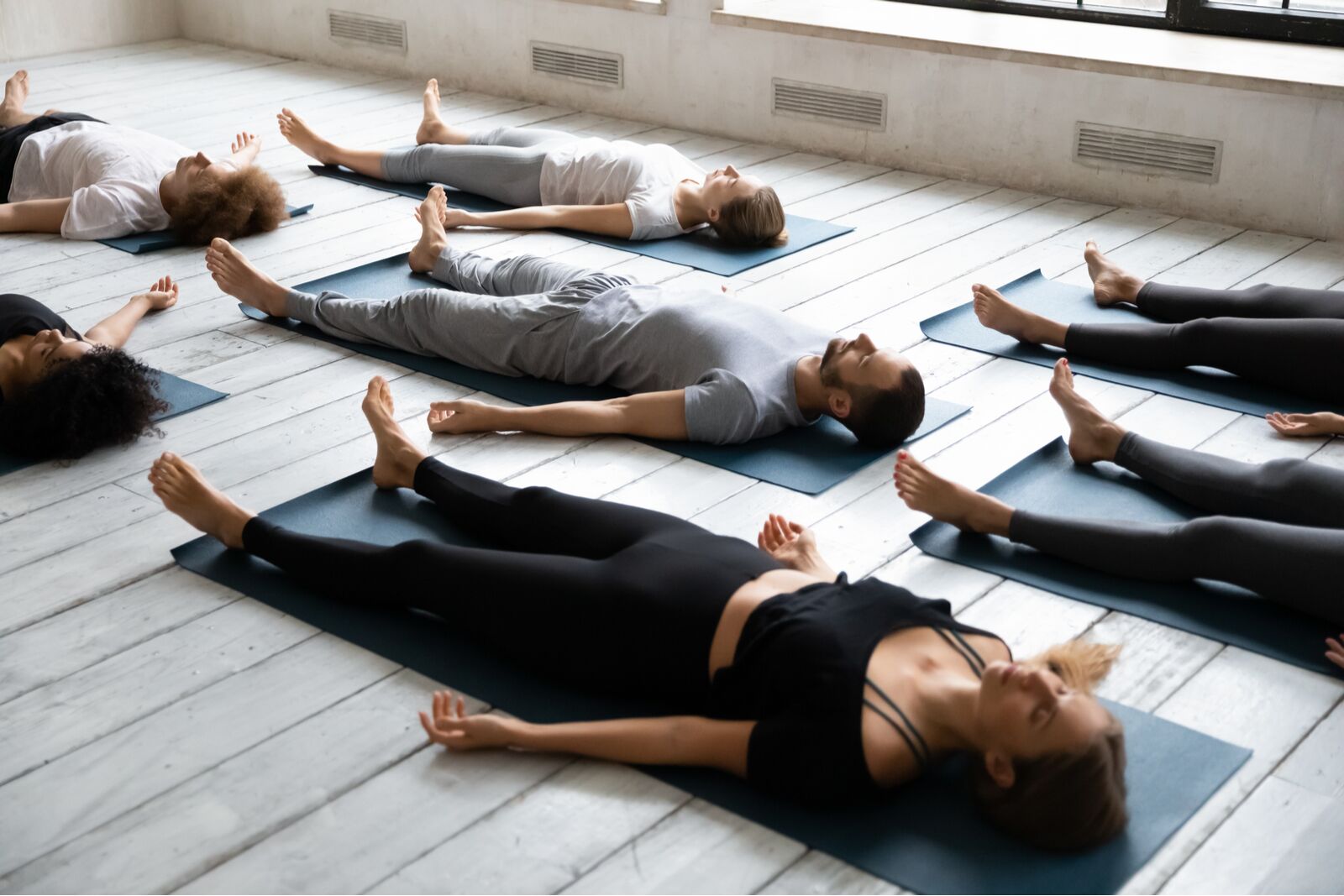 And if you’re worried that the combination of mary jane and mariayasana (cat pose) may be too much for your body and brain to handle, don’t worry. Classes are slower and more intentional than your average flow yoga class. According to Rodrigues, the class begins with breathwork, followed by a slow flow class and some long-hold poses and finished with an extra-long savasana (corpse pose). It’s not the type of class where you’ll be asked to work on inversions or complicated balancing positions. In fact, it doesn’t really matter if you follow the instructor or not.

“I offer a lot of options for intuitive and slow movement in just about every pose,” says Rodrigues. “The main goal of the class is to really allow people to get out of their head and into their body, pushing them to become curious about movement and how it works within their body.” Creativity is the name of the game, and Rodrigues wants students to note and appreciate how their bodies feel in new positions. To create the “chill, atmospheric” vibes he wants for the class, he usually plays smooth jazz and R&B rather than the usual bansuri or meditative music.

Whether you’re new to yoga or new to microdosing, Rodrigues has you covered. Since the class is slow and gentle, it’s ideal for first-time yogis just starting their practices. And if you’ve never combined yoga and cannabis, he’s got suggestions for that, too.  “I would suggest starting with a low dose and finding your edge. My personal recommendation would be a 2.5mg cannabis soda with an equal ratio CBD/THC.”

If you’re planning to visit Banff anytime soon, make your reservation for the Flower with Flow class as far in advance as possible; it’s currently offered Sunday evenings only and is very popular. “It’s been waitlisted almost every week for the past two months,” adds Rodrigues.

6 of the World’s Most Ingenious Wildlife Overpasses