Sure, historic hotels are great, but what if you could sleep in an honest-to-goodness castle, complete with turrets, stone hallways, and heck, even a dungeon?

That idea was the motivation for Justin Hauge, who co-founded the “Storied Collection” — a company that connects travelers with stays in “historic and ancestral properties.” There are 28 properties across England, Ireland, and Scotland that represent a combined 11,291 years of history. The Storied Collection team looked at the ages of the properties, the number of families who had owned them, and the average number offspring per generation, and estimated that more than 80 million people could be descendants of once-owners of the various luxury lodgings.

Those properties range from 13th-century castles to country manors to full-on hotels and fortresses. These aren’t your standard properties, unless you’re used to sleeping in stone towers and rooms with floor-to-ceiling tapestries and fireplaces. But if you find out you’re one of that huge number of people who may have royal blood, you may want to consider booking a trip to the castle where your ancestors once ruled the roost. 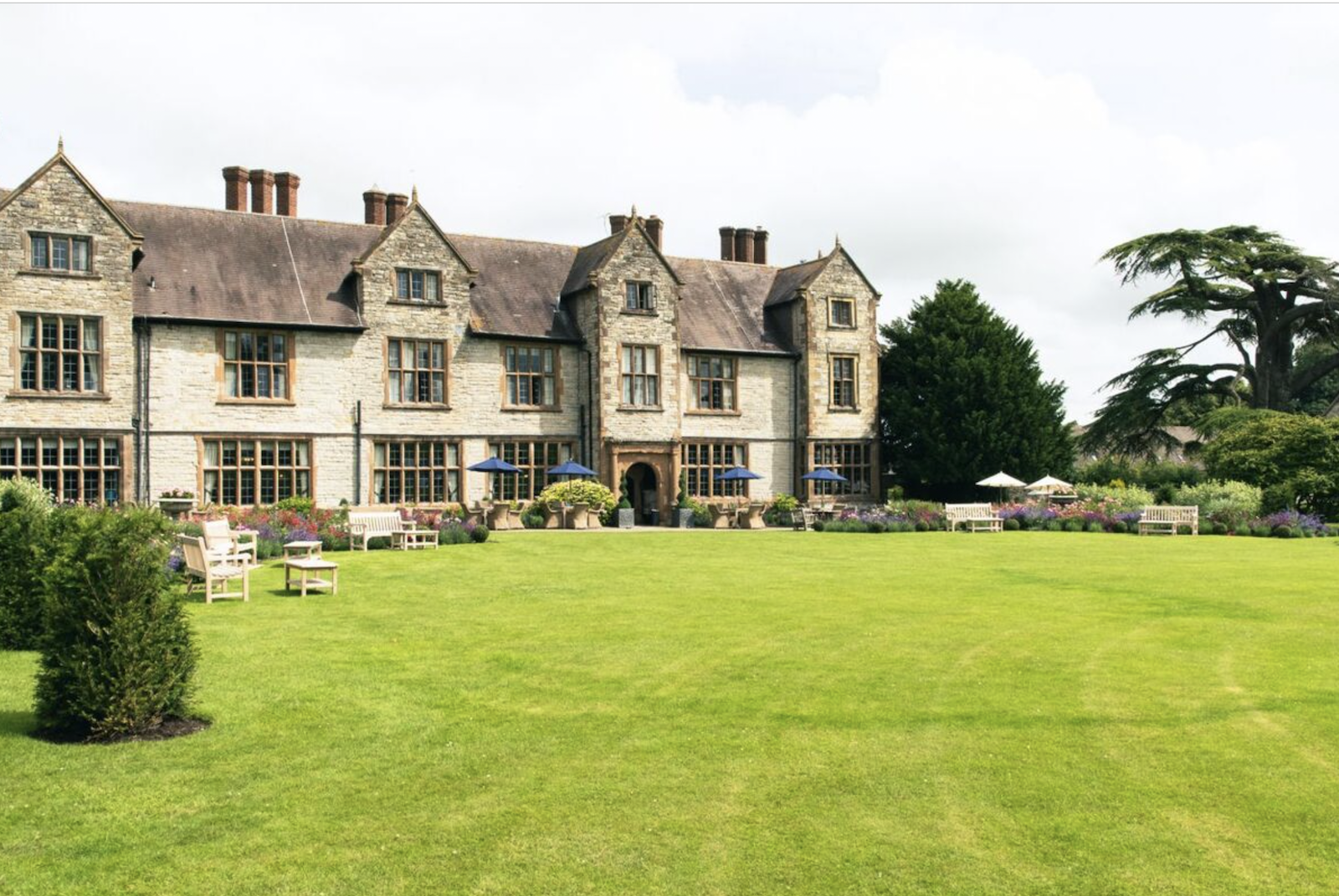 For example, if you’re a Hathaway, you may want to book a stay at Billesley Manor, where William Shakespeare famously tied the knot with Anne Hathaway. From the Storied Collection website, travelers can see the familial (last names or surnames) of who owned the properties, going as far back as the 1200s. If you’re not sure if any of those surnames are in your family history, tools like Ancestry.com or Archives.com can help you figure out if you’re blue-blooded. And while you may not be next in line to inherit any of these castles, it’s still cool to sleep in a suite that bears your family name.

However, even if your family name is more Wilson than Windsor, the collection still features some amazing stays. Here are some of the top picks for spending your vacation days like a royal or nobel — and yes, many properties offer cricket, polo, and high tea, naturally. B.Y.O. crown jewels, however. 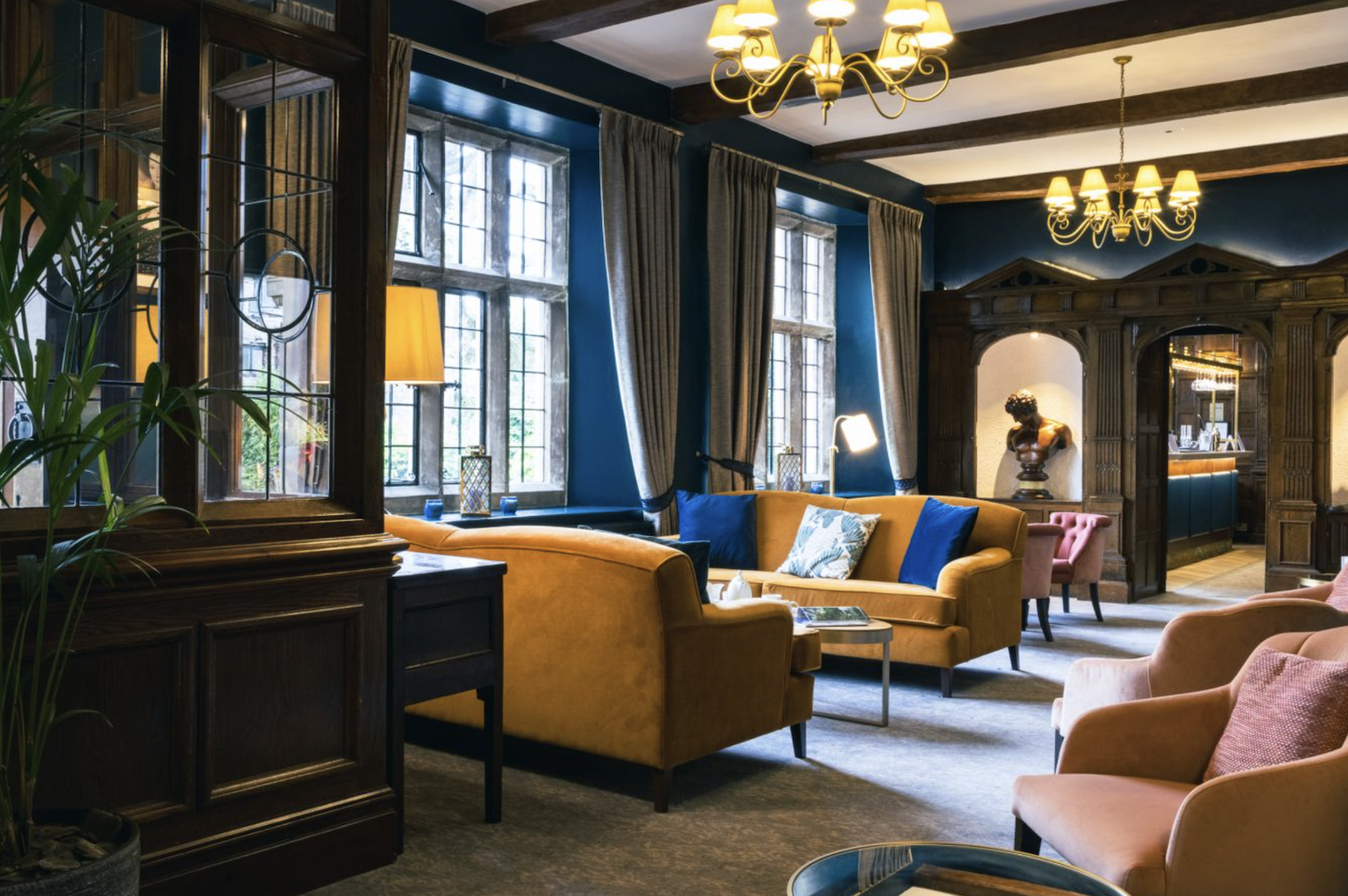 Near Stratford-Upon-Avon (birthplace of the Bard himself), the luxury manor house holds two literary claims to fame: it’s where Shakespeare penned the theater classic As You Like It and where he wed Anne Hathaway. Guests can walk through the church where the nuptials happened and even sleep in the room used by the Lord Mayor of London (and knight) Sir Henry Lee.

Even if you’re not trying to make an ownership claim, you can still take advantage of activities like visiting the Royal Shakespeare Theater and Shakespeare’s family homes (or the Shakespeare Distillery), cruising on the Avon River, walking around the spacious grounds and historical billings, or visiting the high-end resort spa.

Thornbury Castle: sleep in the room of Henry VIII and the doomed Anne Boleyn 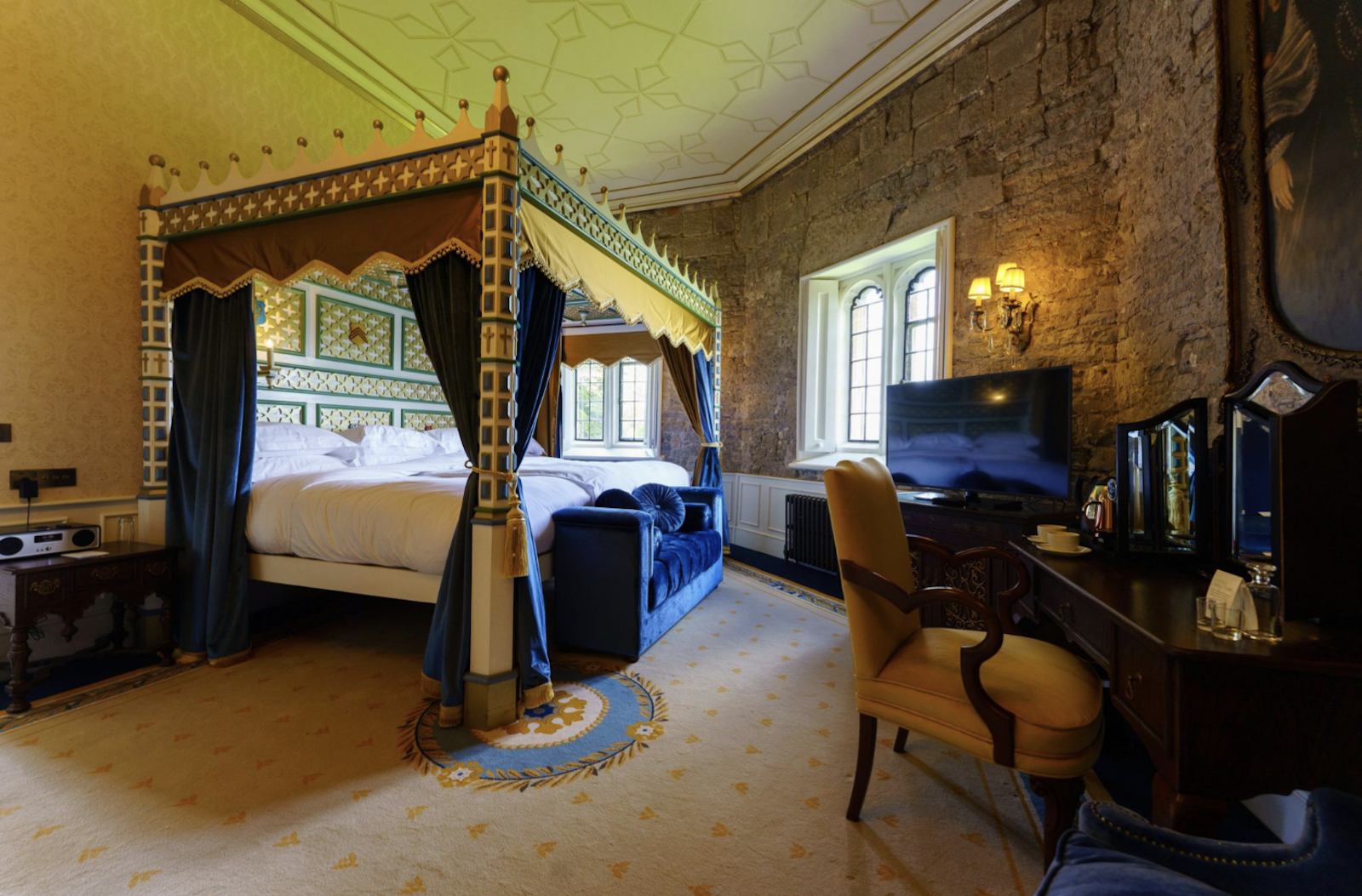 It’s hard to downplay the significance of this castle, especially as its history dates to 1019. It was a home for Henry VIII and wife Anne Boleyn (in happier days, one assumes) and was owned by several key players in the game-changing War of the Roses in the mid-1400s. And at least one plot to murder a traitor to King Richard III took place within the castle’s walls.

Today, however, it’s a downright gorgeous castle with 15 acres of gardens and opportunities to sleep in the room shared by King Henry VIII and Anne Boleyn or sleep in the tower used by Catherine of Aragon, Queen of England from 1509 to 1533. As with many of Henry VII’s wives, she was beheaded — but not in the tower, one assumes. Oh, and if you grew up in the 1980s or 1990s, you may have memories of a rumor: say “Bloody Mary” three times in a bathroom mirror and she’ll appear behind you. While that has yet to work at any sleepover, the actual “Bloody Mary” (Queen Mary I) did own this castle in the early 1530s. 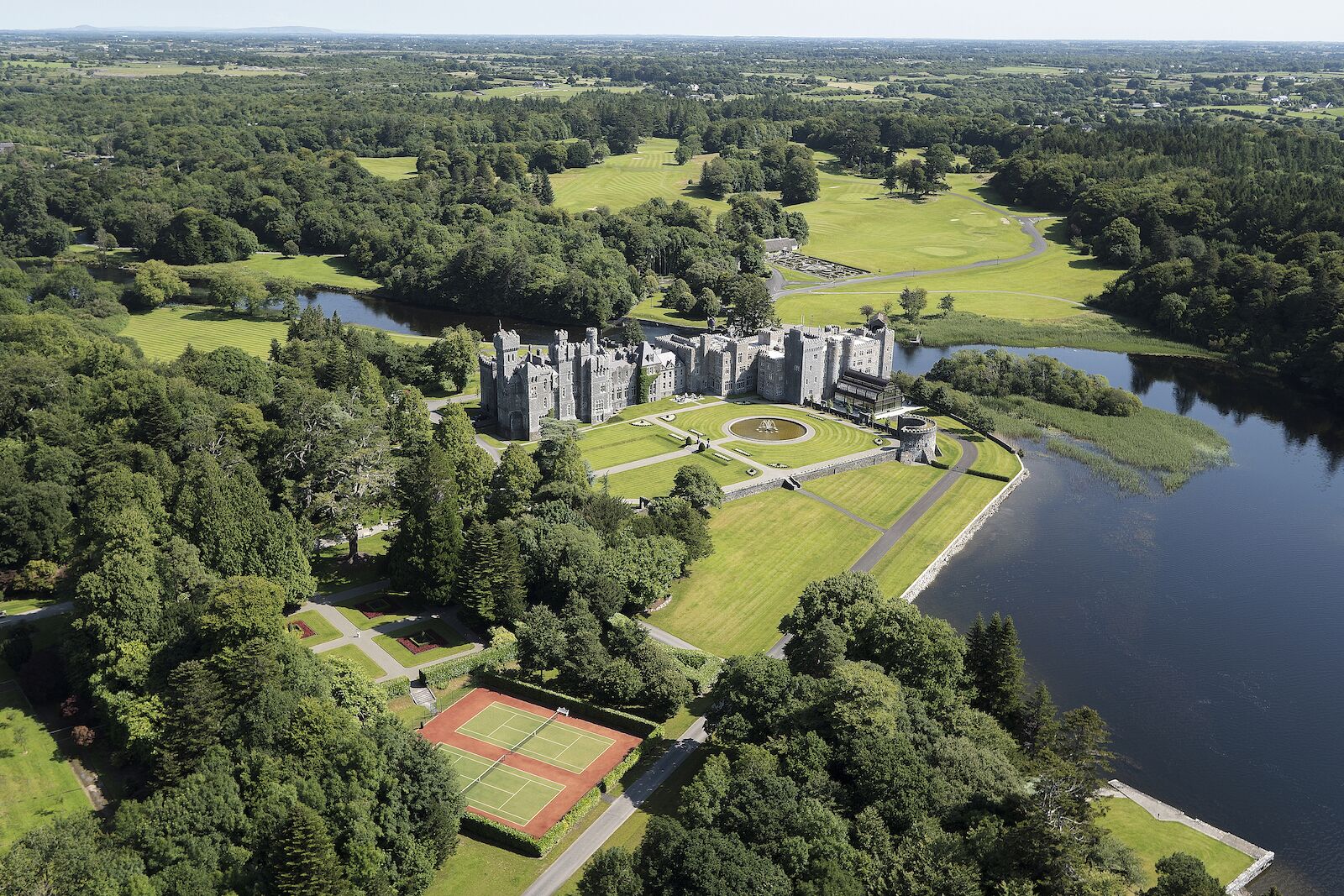 The massive Ashford Castle Hotel in Ireland was first built in the mid-1200s, but is perhaps best known for who owned it in the 1800s: Sir Benjamin Lee Guinness, founder of Guinness Brewing. By the late 1800s, he was the richest man in Ireland, which probably explains why he was able to expand and maintain the 26,000-acre estate.

In the 1950s, the castle hotel was the filming location for The Quiet Man, which won two Academy Awards. It also hosted famous guests like Nancy and Ronald Reagan and King George V. Most recently, it won a very prestigious award from a luxury hotel booking agency, Virtuoso, which dubbed it the best hotel in the world. Activities for guests range from falconry to clay shooting to gardening and day trips to national parks, distilleries, and charming Irish small towns.

Meldrum House: A 13th-century mansion with an 800-year-old whiskey cave 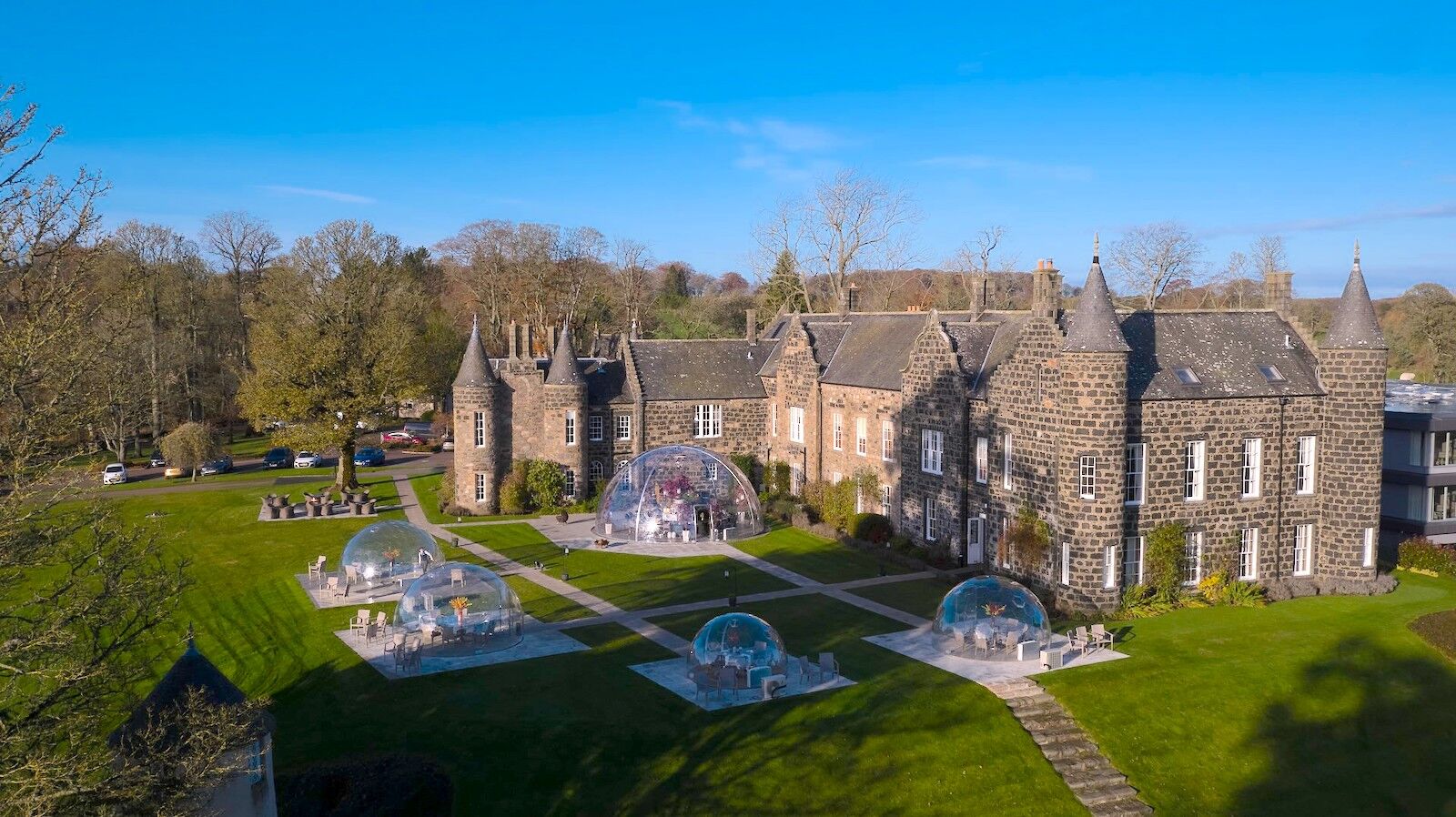 Meldrum House — a stunning castle hotel in Scotland — may have updated the grounds with modern amenities like dining domes, but the actual castle is as historic as can be. It dates to the 1200s, so it’s not surprising that it has its own ghost story: that of the White Lady, who was supposedly abducted from the castle sometime in 1617. Apparently, she appears mostly to children left alone in the castle, though that also seems like a suspiciously good rumor for parents whose kids won’t stop running through the halls.

Interestingly, many famous figures can trace their lineage to this sprawling estate, including Sir Winston Churchill, Theodore Roosevelt, and England’s Princess Diana. Even if your family doesn’t have a direct link, you can still enjoy the 800-year-old whiskey cave, which also hosts an afternoon tea.

Art + Architecture9 French Castles Where You Can Spend the Night in the Lap of Luxury
Tagged
Insider Guides Epic Stays England Scotland Ireland
What did you think of this story?
Meh
Good
Awesome