What do a mannequin head, catheter, and tattoo machine have in common? They were all left behind in Ubers in 2021. And that’s just the start.

Uber recently released its fifth annual Lost & Found Index. The report lists the things that people most commonly leave in their ride (hello, phone) along with 50 things that people left that were a little more, well, out there. You could probably guess most of the top 10 common items. They’re the type of things that cause panic when you realize you don’t have them, yet are simultaneously easy to leave behind: camera, wallet, keys, backpack, headphones, glasses, and ID. Water bottles also make the list (presumably reusable ones), as do vape pens.

The forgetful gene isn’t equally distributed across America. Uber also included in its report the 10 most “forgetful” cities where people leave their belongings behind most:

Not to call out anyone in particular, but interestingly,cities in Florida and Texas make up five of the top six. The pandemic undoubtedly had an impact on where people were taking Ubers this year (and forgetting things in said Ubers). Last year’s report had a top cities list dominated by college towns like Oxford, Mississippi, and College Station, Texas. With many schools partially or entirely online in 2021, other cities had a chance to shine.

There’s no denying it was a strange year filled with moments of extreme grief and anxiety. It was also one in which people picked up new hobbies, became all too familiar with the area close to home, and found moments of joy where they could. With that in mind, the 50 objects on Uber’s “most unique lost items” list are strange enough to fit the times.

First off, there’s all of the food — full coolers of fish, shrimp, 22 bundt cakes, 20 pounds of salt, frozen meat (“a lot of it”), and a sushi platter, for example. Then there’s the head scratchers, like the person who left one large painting of Kate Middleton and one small painting of the grim reaper, or the poor soul who left a tooth (“It was in my pocket, and it seems to have fallen out”). And of course, there are the items that make you question people’s life choices, like the person who left their birth certificate inside of an Ugg earmuff box, or the person who got their dog cremated but left the ashes in their ride.

Finally, there are the objects that are a little concerning without context. Part of an ankle monitor, for example, or a green dinosaur halloween costume “and a knife that is needed for a job.”

After perusing the list, it’s pretty clear that Uber drivers put up with a wide range of individuals and deserve far more credit for the work they do. They are, after all, the first person to call when you leave a ride and realize your wine and edibles you just bought are no longer with you. So if you’re one of those forgetful folks who forget a beloved item in your ride, your best bet is to get in touch with them as soon as possible. 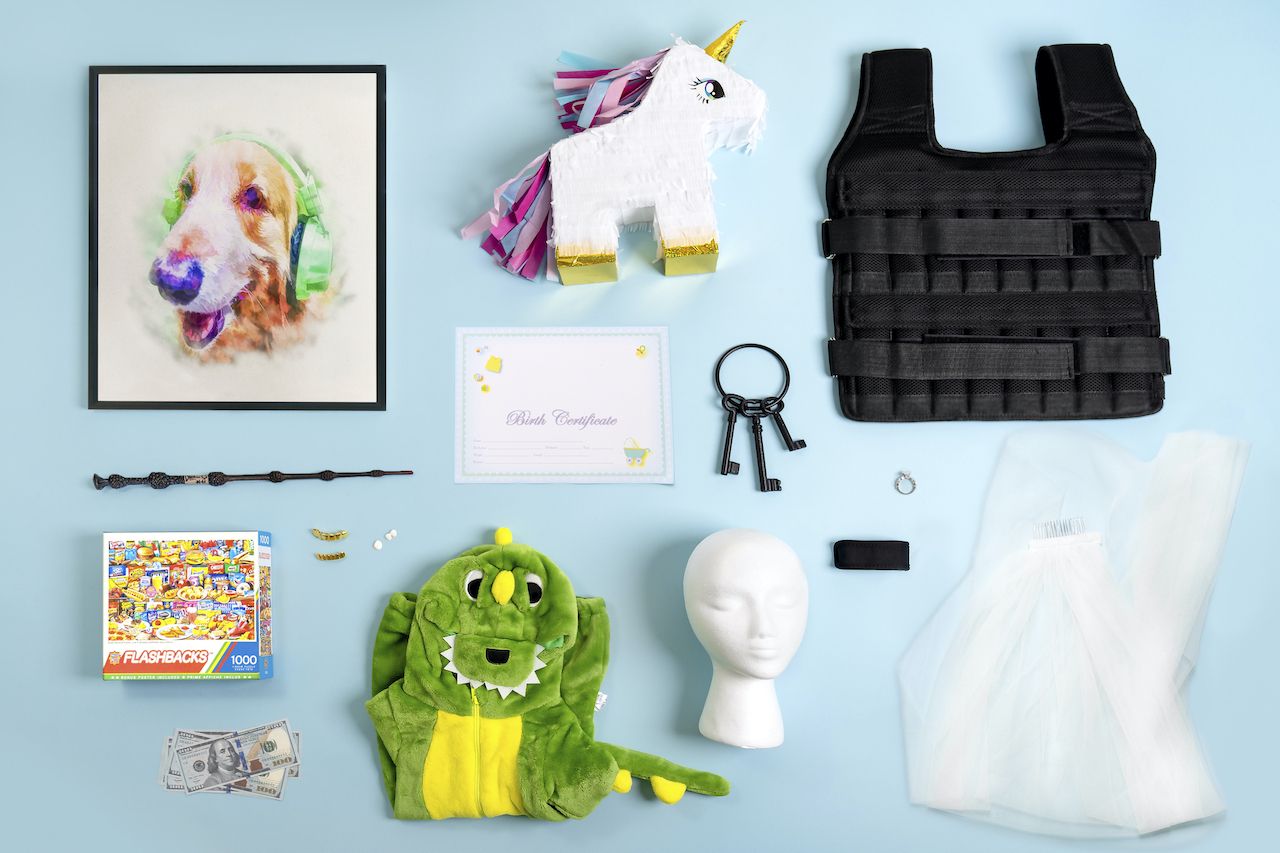 These are the 50 most interesting items that made it on Uber’s Lost & Found Index:

NewsYou Can Now Rent a Car Through the Uber App
Tagged
News
What did you think of this story?
Meh
Good
Awesome