It’s one thing to throw a log in the wood stove to stay warm, but lighting train tracks on fire is a whole different level of desperate. In Chicago, in order to keep the trains running, the train tracks are being set on fire to keep them warm so the switch points don’t get blocked with snow and ice and the steel rails can contract and break. The extreme cold that Chicago is currently experiencing because of the polar vortex hitting the Midwest is the reason why Metra, the city’s railway system, has to go to such lengths to keep the trains running — it’s minus 12 degrees Fahrenheit right now in the Windy City (minus 31 with windchill) and temperatures aren’t expected to rise above zero until Thursday evening.

Although it may look like the tracks themselves are ablaze, the fire is actually running alongside the tracks, ignited by a gas-fed system. Maintenance crews light the heaters by hand, control the flow of gas, and for safety’s sake, remain in the area while the fires are ablaze. Metra spokesperson Michael Gillis told CNN, “Anytime it’s below freezing we use these.” 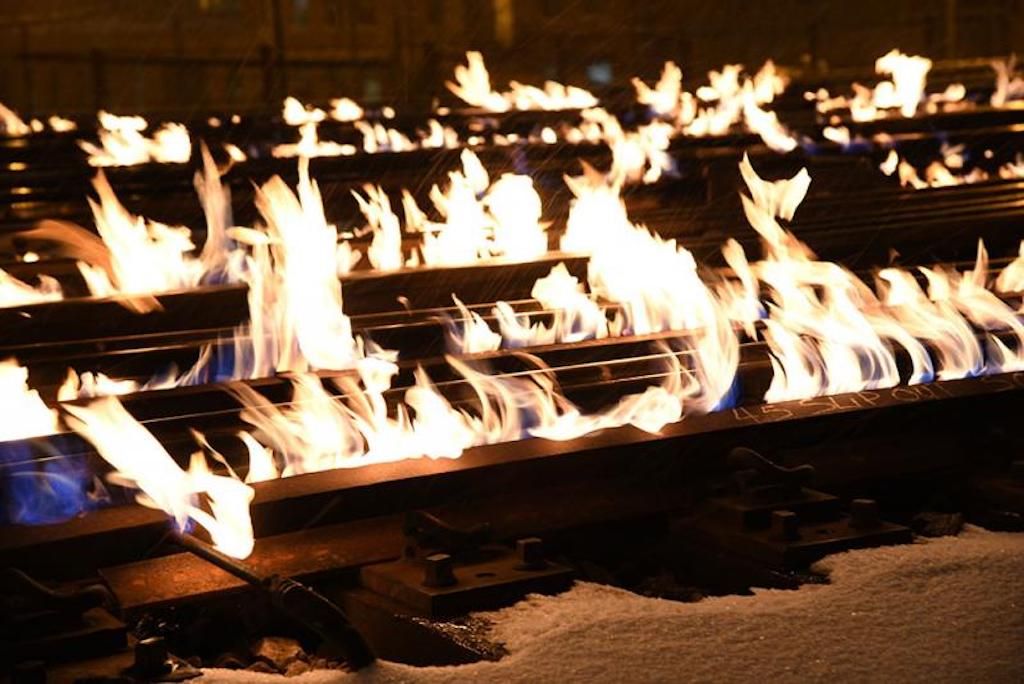 It might not look like it, but it’s actually perfectly safe for trains to run over the flames. According to Metra’s website, the diesel fuel in trains “combusts only with pressure and heat, not open flames. Therefore, operating our locomotives and railcars over the switch heaters is completely safe.”

Budget Travel6 Free or Inexpensive Things To Do in Chicago This Winter
Tagged
News
What did you think of this story?
Meh
Good
Awesome