For true foodies, vacation destinations aren’t chosen based on beaches, nightlife, or museums but by the variety of high-quality food options. There’s nothing worse than showing up to a new city, craving a helping of delicious local cuisine, and then realizing that city’s culinary scene is actually kind of a letdown. This study, conducted by Alpha Travel Insurance, makes sure you always know which cities to add to your food bucket list. It uses the Michelin guide as its criteria and ranks the cities with the highest density of Michelin-starred restaurants. The Michelin guide awards stars — one, two, or three — to restaurants around the world with exceptional cuisine. 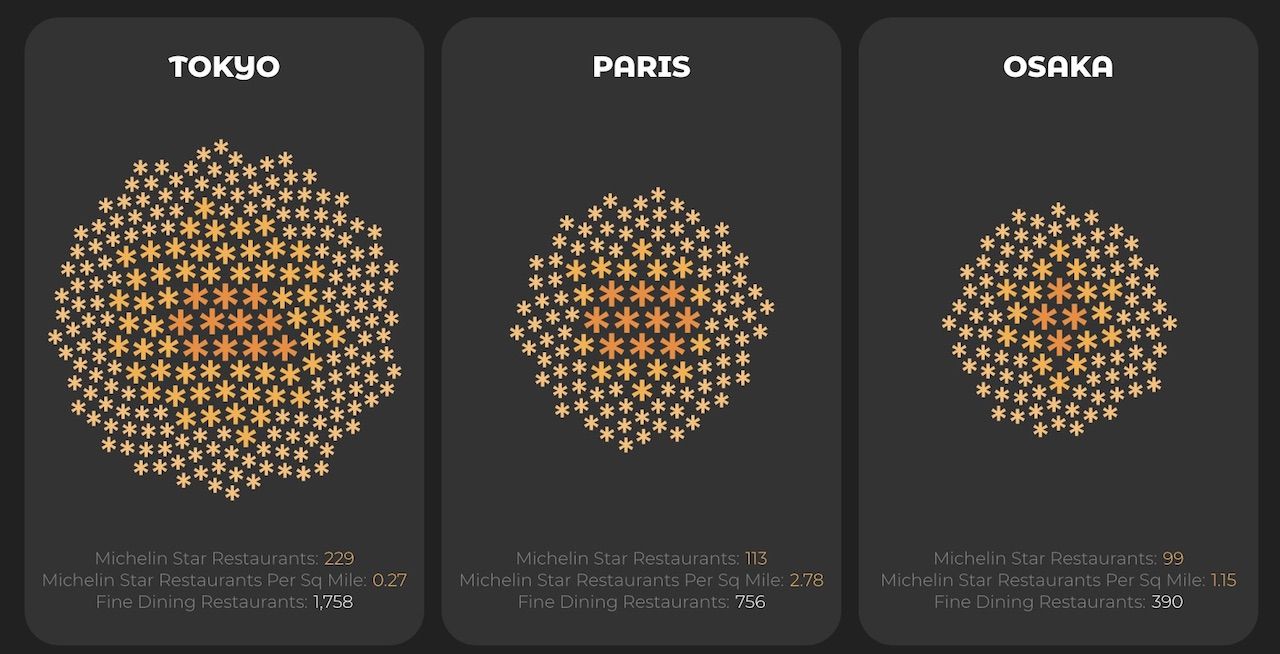 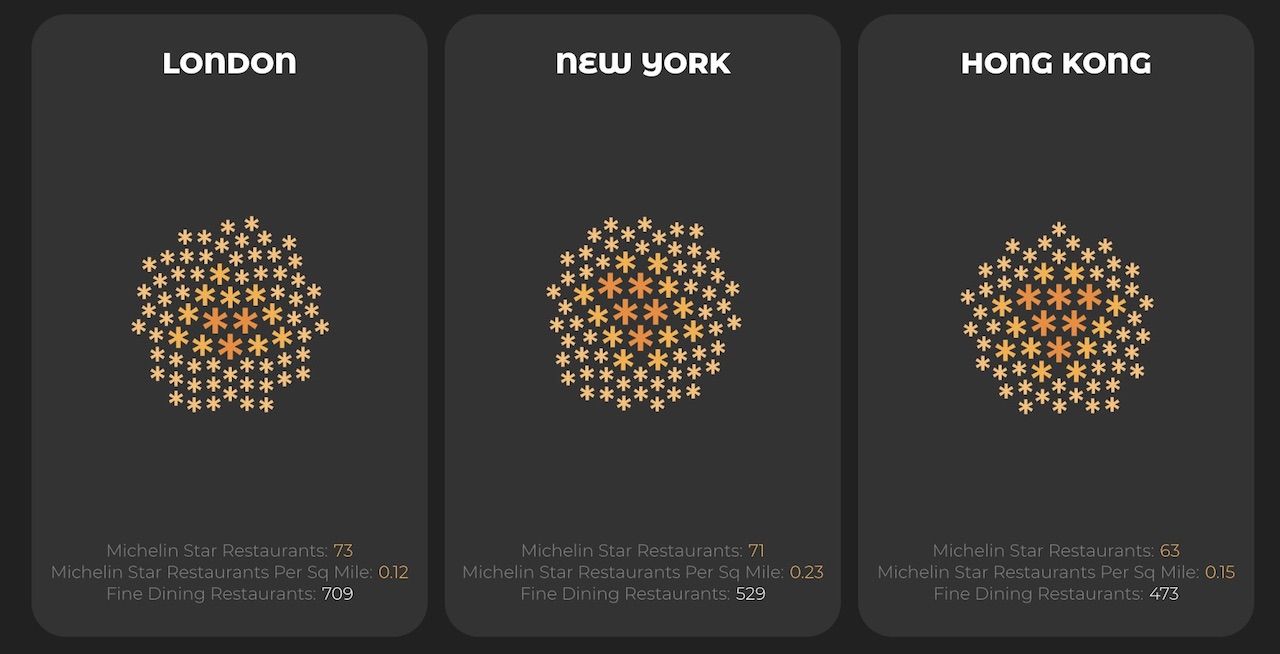 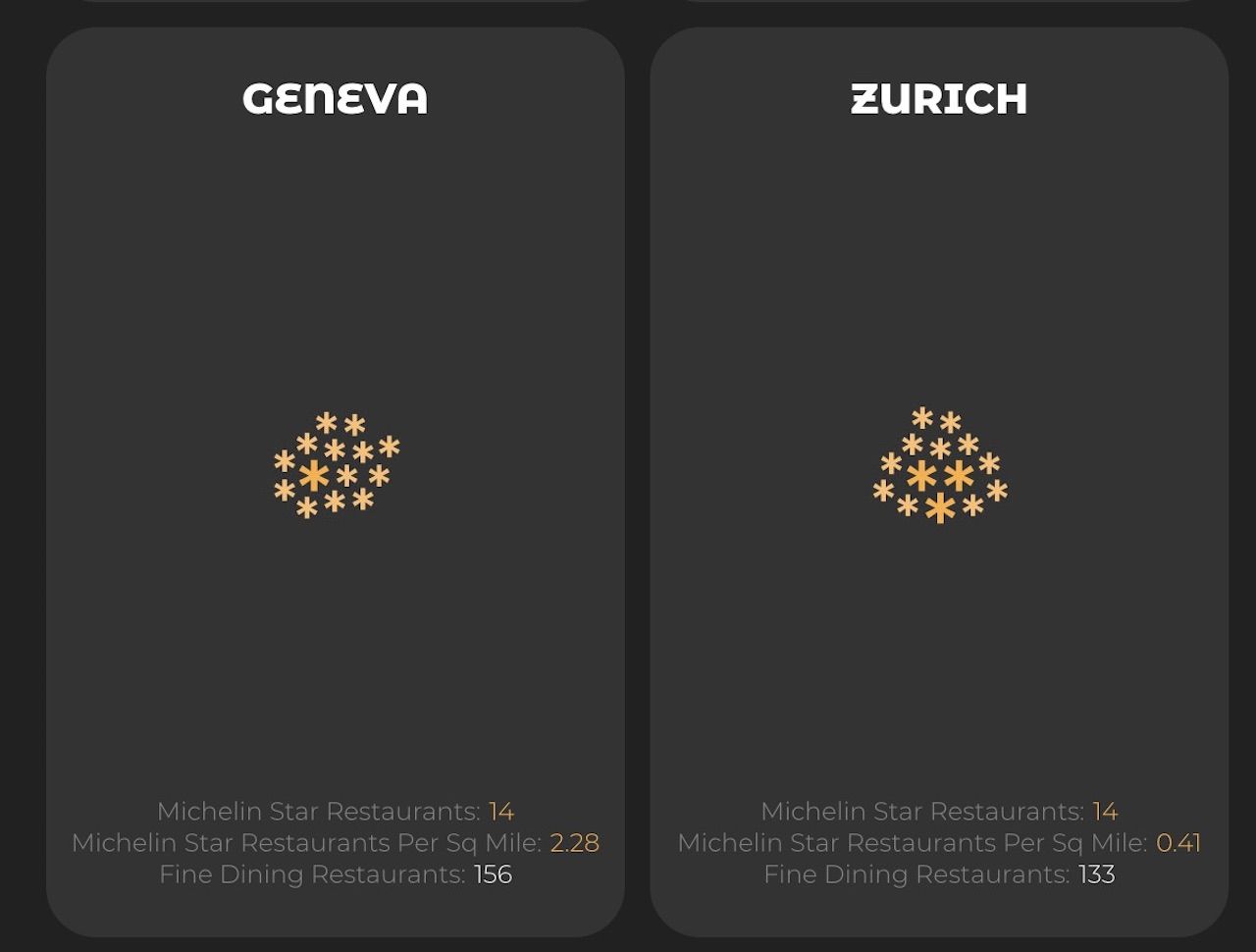 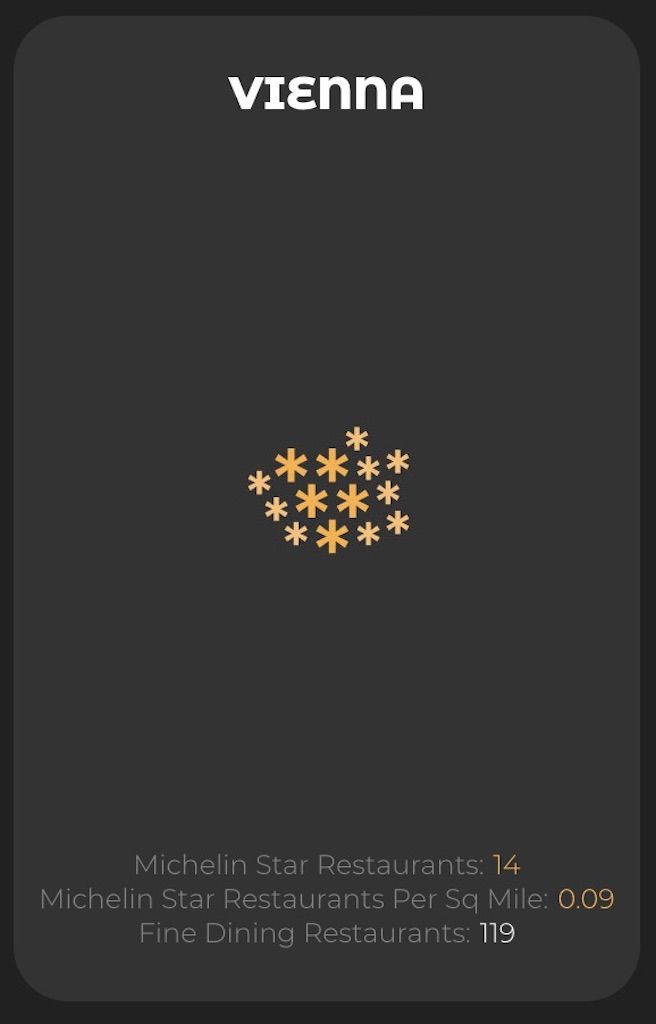 Of the cities involved in the study, Vienna came in dead last with just 14 star-worthy restaurants and only 0.09 per square mile (though last place on a list like this is certainly nothing to turn your nose up at). Zurich and Geneva follow closely behind. You can view the full, interactive list on Alpha Insurance’s website.

Thankfully, if you want to enjoy a Michelin-star meal but don’t have bottomless pockets, many of these restaurants actually have meals under $30.