There’s one thing that people around the world — from North America to Asia, Europe to Africa and the Middle East — have in common: We welcome a new day with coffee. Here in the US, we like to gripe that coffee is getting more expensive by the day. But how does it compare to coffee prices in the rest of the world? The World Coffee Index recently released its 2021 survey, which answers all your burning (scalding?) questions about how the rest of the planet drinks their coffee. 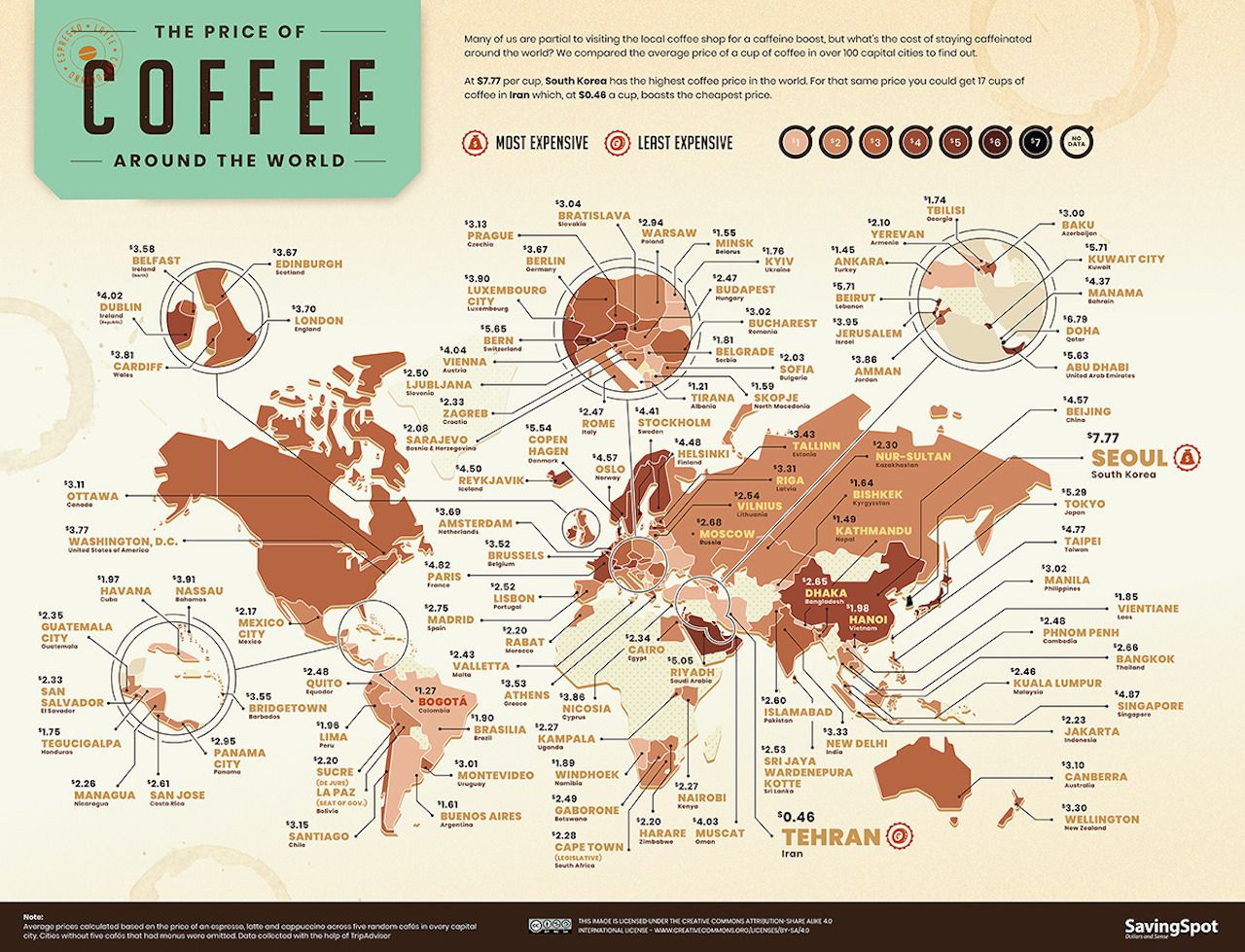 Surprisingly, New York City can’t claim the most expensive cup of coffee. That title goes to South Korea, where the average cup of coffee costs $7.77. That seems extravagant for a cup of regular coffee, but South Korean people are clear coffee enthusiasts (and therefore presumably willing to the pay the price). Seoul is also home to the most Starbucks locations in the world. 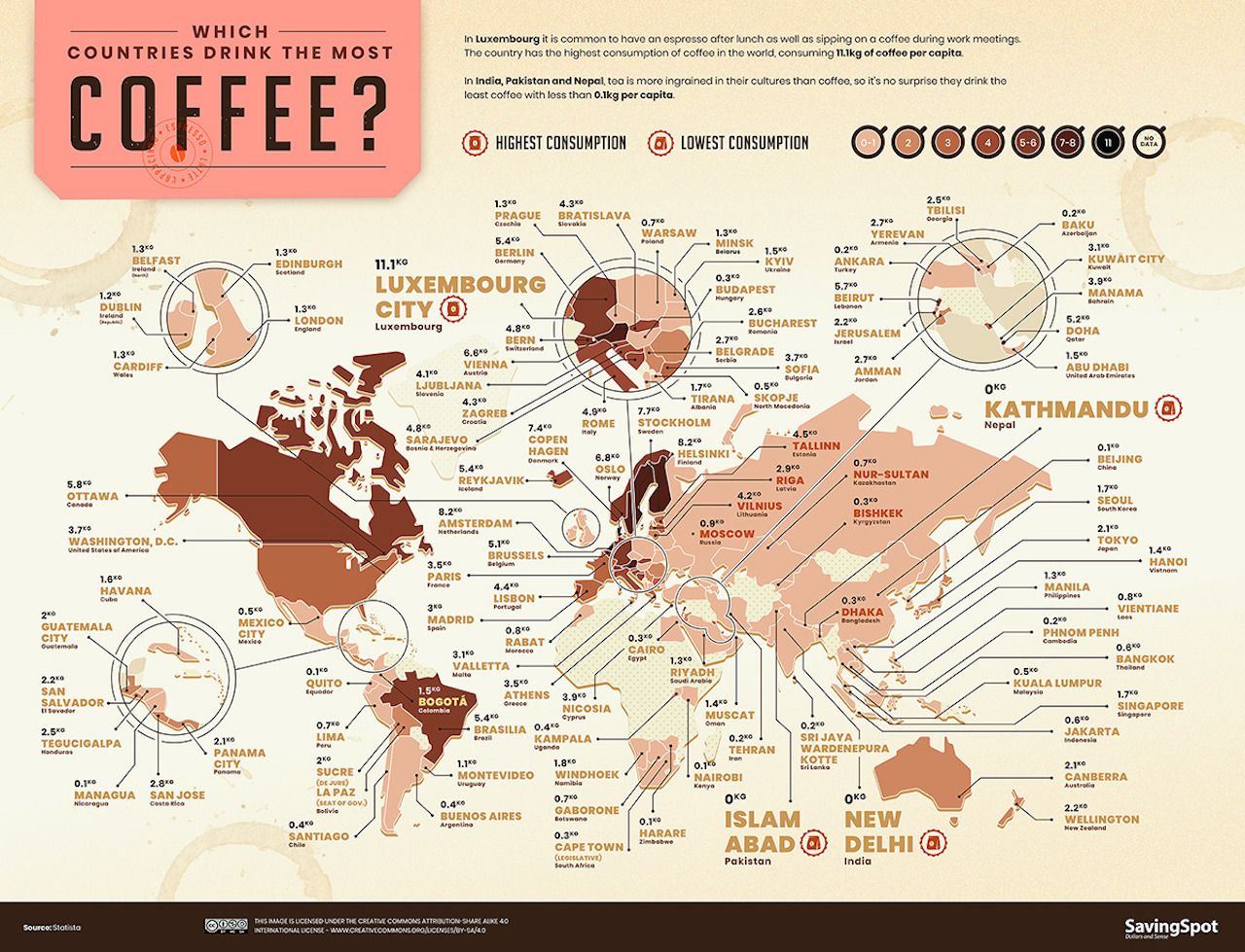 As for the Americans, the most dedicated coffee drinkers come from Washington, DC, where a cup of coffee costs, on average, around $4. And that makes sense, with all the busy politicians (and their assistants) running around, trying to keep the country running. So next time you pick up that venti latte with an extra pump of caramel, just remember what unites us as human beings: almighty coffee.

Coffee + TeaThe 5 Best US Cities for Coffee Lovers
What did you think of this story?
Meh
Good
Awesome