It’s tough to say you’ve experienced a destination without sampling its nightlife. This is particularly true in the United Kingdom, where pub culture and live music are an inextricable part of local custom. But that pub life ain’t cheap. A pint of beer in London costs, on average, over five pounds ($6.61). An expensive date even by yourself, and nearly two pounds more than the average pint a few hours north in Manchester. Spend an entire night out in London and you could be looking at a 55 pound ($77) night — and that’s just for the drinks. Double that up and add dinner for two and you just bought yourself a nice hole in the wallet to go with that hangover.

That’s according to a study published by the site Jewellry Box. The study analyzed the cost of a night out in cities across the United Kingdom. The results are enlightening — just be forewarned that the value of your spend depends heavily on where you are in the country.

Still, we’re not deterred — see ya at the pub. First rounds’ on you, right? 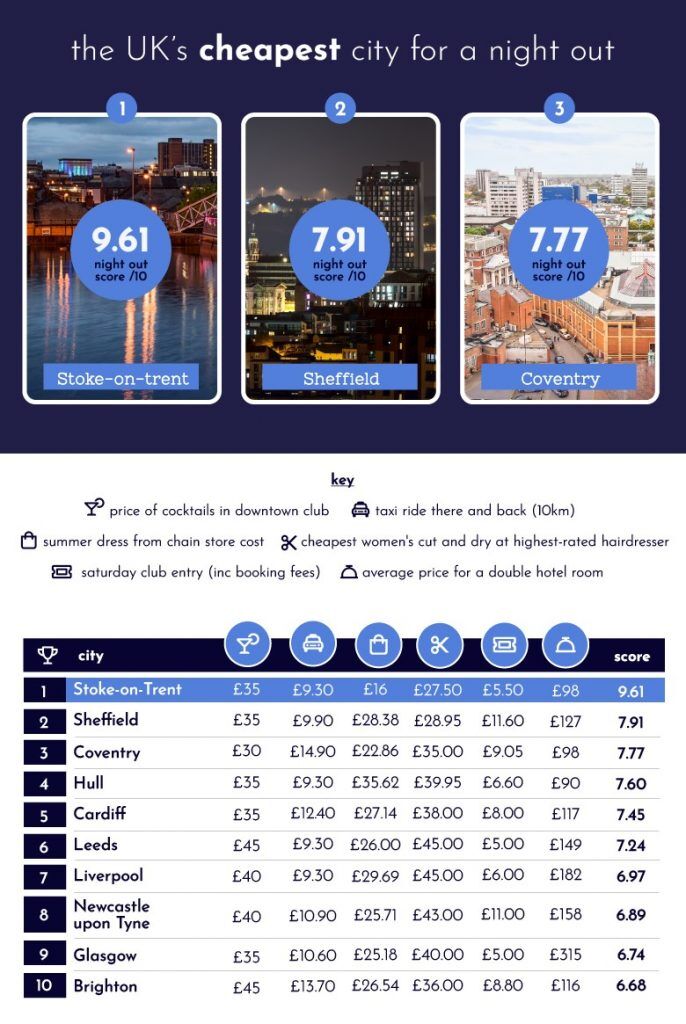 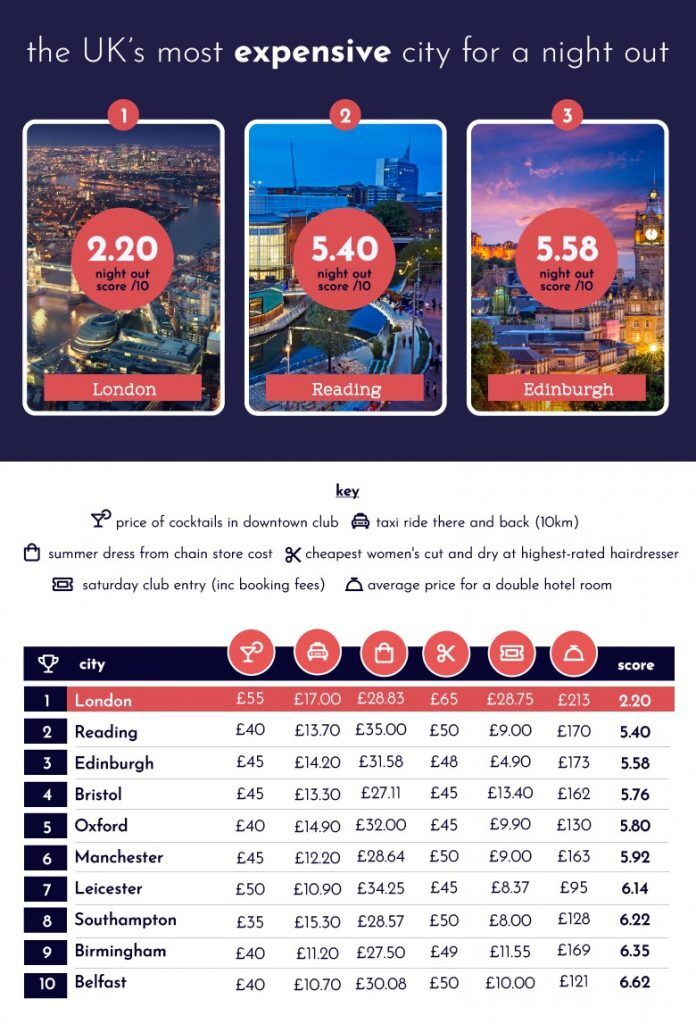 Technology + GearEverything You Need To Backpack Through Europe
Tagged
News
What did you think of this story?
Meh
Good
Awesome