If you’re staying in London for more than a few days, it’s worth getting out of the city and exploring the surrounding area. If you only have time for one day trip, head south to Brighton. Located in East Sussex, this seaside town is only one hour and 15 minutes by train from the London Bridge station.

In the 18th century, Brighton was a sleeping fishing village that became a popular holiday destination toward the end of the century, after the construction of the railways. Throughout the years, the town and its beautiful coastline became a creative hub of writers, performers, and artists. Today, Brighton is a progressive, forward-thinking town that attracts Londoners looking to party the weekend away — particularly LGBTQ locals and travelers, as the city is arguably the capital of gay culture in England. Here’s how to make the most of your one-day trip to Brighton.

Relax and take in the British seaside culture

As soon as you arrive at Brighton train station, take a 20-minute walk straight down to the seafront. Brighton Beach is a great place to chill and soak in the sunshine — if you’re lucky enough to find it.

Britain has a very unique seaside culture which tends to involve amusement arcades accompanied by the waft of freshly baked doughnuts. Stretching for half a mile, Brighton Pier is filled with traditional attractions including rides, arcades, and some much-loved fairground games. If, however, you’re after a quieter morning, take a stroll along the beachfront where you’ll find pop-up art galleries and local craft stores.

Shop and shoot in Brighton’s Lanes

Although it may be difficult to take yourself away from the beach, a walk through Brighton’s chic city center is a must. Allow at least an hour and a half to explore The Lanes, a collection of interconnecting narrow streets lined with boutiques that are located just seven minutes on foot from the pier. Keep your wallet handy because the abundance of cute vintage shops, independent designers, jewelers, antique sellers, and local artists are hard to resist. The Lanes are also a labyrinth of Victorian architecture, so take the time to admire the buildings around you and take a few Insta-worthy shots along the way.

Get your fix of delicious fried food 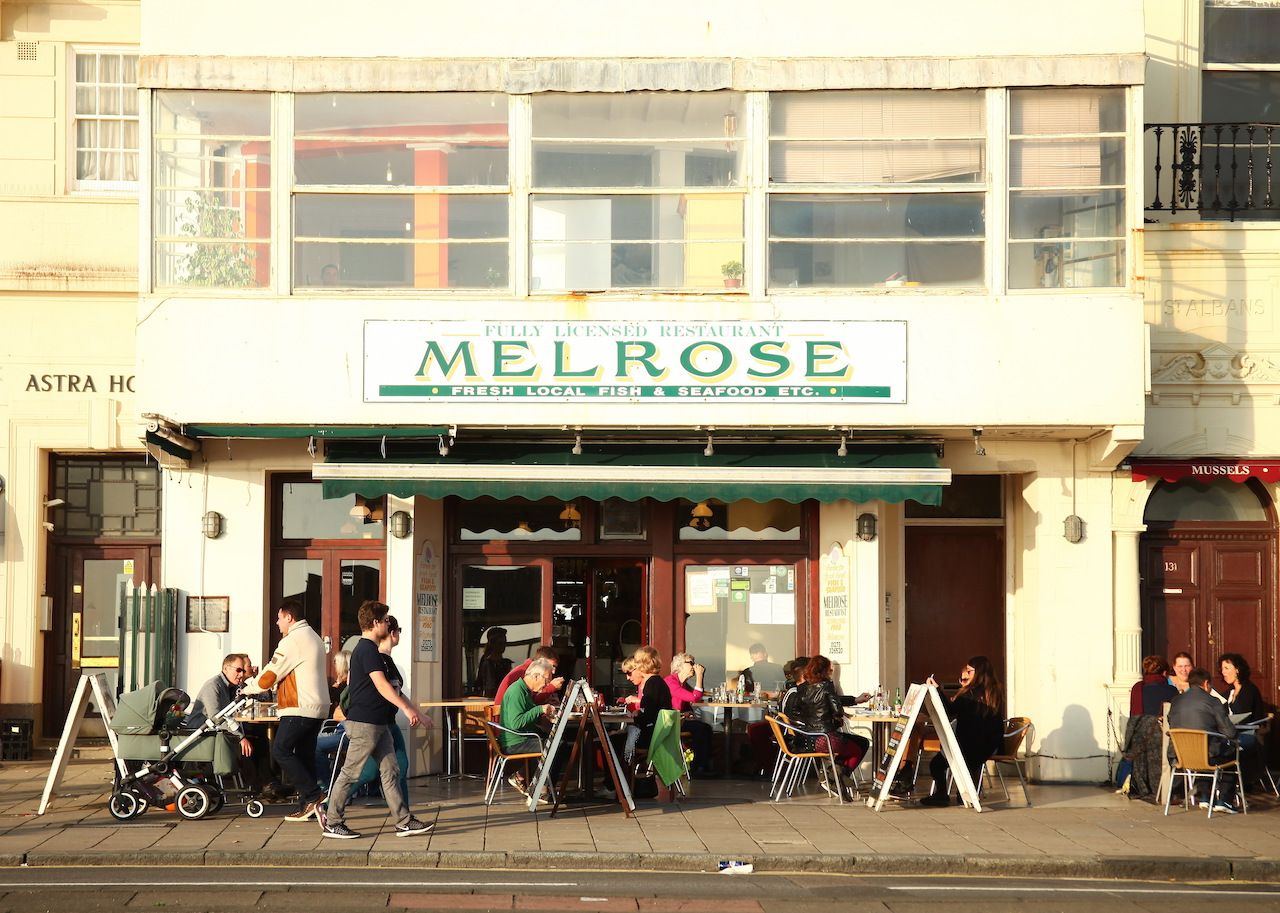 Every British person who spends a day by the sea treats themselves to some fish and chips, so blend in with the local day-trippers and have a simple lunch while gazing out toward the sea (just watch out for those pesky seagulls). There are many fish and chip shops in Brighton but only two really stand out from the crowd. Located right along the seafront, just a 10-minute walk from The Lanes, the Melrose Restaurant claims the title as the best chippy in Brighton. If you can take yourself away from the seafront, head to Bardsley’s. This traditional chip shop has been open since 1926 and serves fried cod, chips, and other British specialties to eat in or take away. It is located a 20-minute walk from The Lanes.

Learn about the extravagance of the Royal family 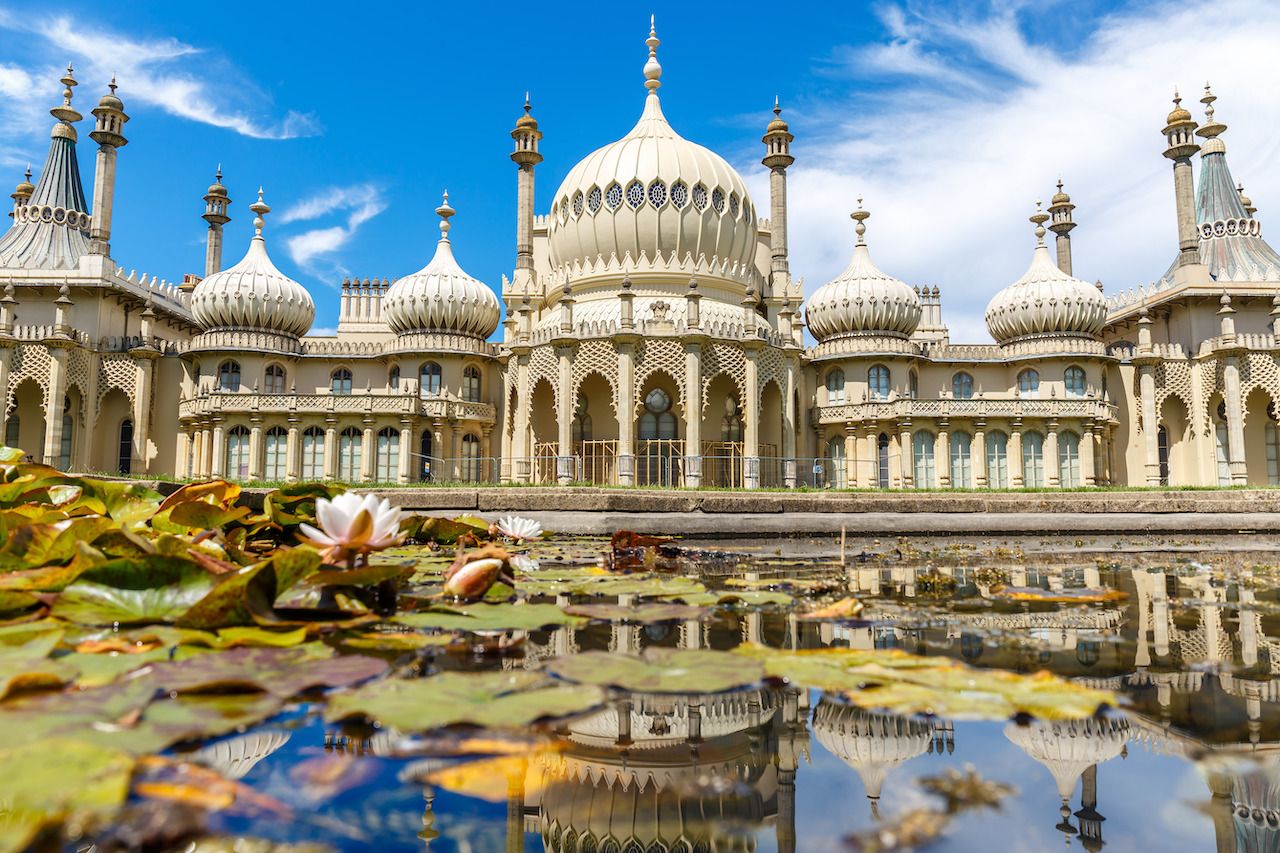 The Royal Pavilion, once a pleasure palace for King George IV, is now one of Brighton’s most popular attractions. Completed in 1823, this striking structure was heavily influenced by traditional Indian and Chinese architecture, making it a unique and surprising sight on the British seaside. The Royal Pavilion hosts cultural events and can be hired for weddings, but its beautiful, regal rooms and gardens are also open to visitors daily. Book your ticket online and save 10 percent (regular entry fee is $18). The palace is located toward the seafront, a 15-minute walk from both Bardsley’s and Melrose Restaurant.

See it all from above, with an aperitif in hand 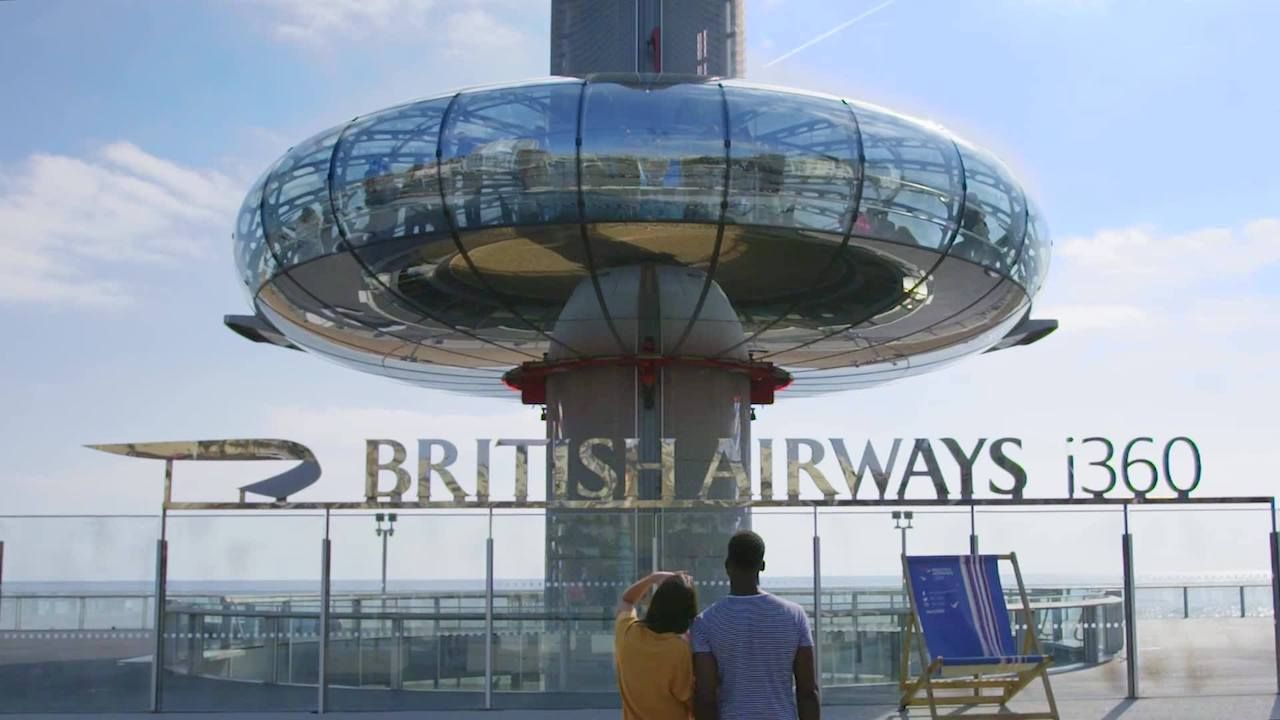 Just before the sun goes down, ride gently up 450 feet in the British Airways i360, an elevator-like glass bubble that takes you way above the town for spectacular panoramic views of the coast. Within the bubble is a sky bar that serves soft drinks, Brighton Gin, and Nyetimber — the perfect sunset accompaniment. Expect queues during school summer holidays which start from late July until early September. Prices start from 18 USD and each entry lasts 25 minutes.

Give British cuisine a chance 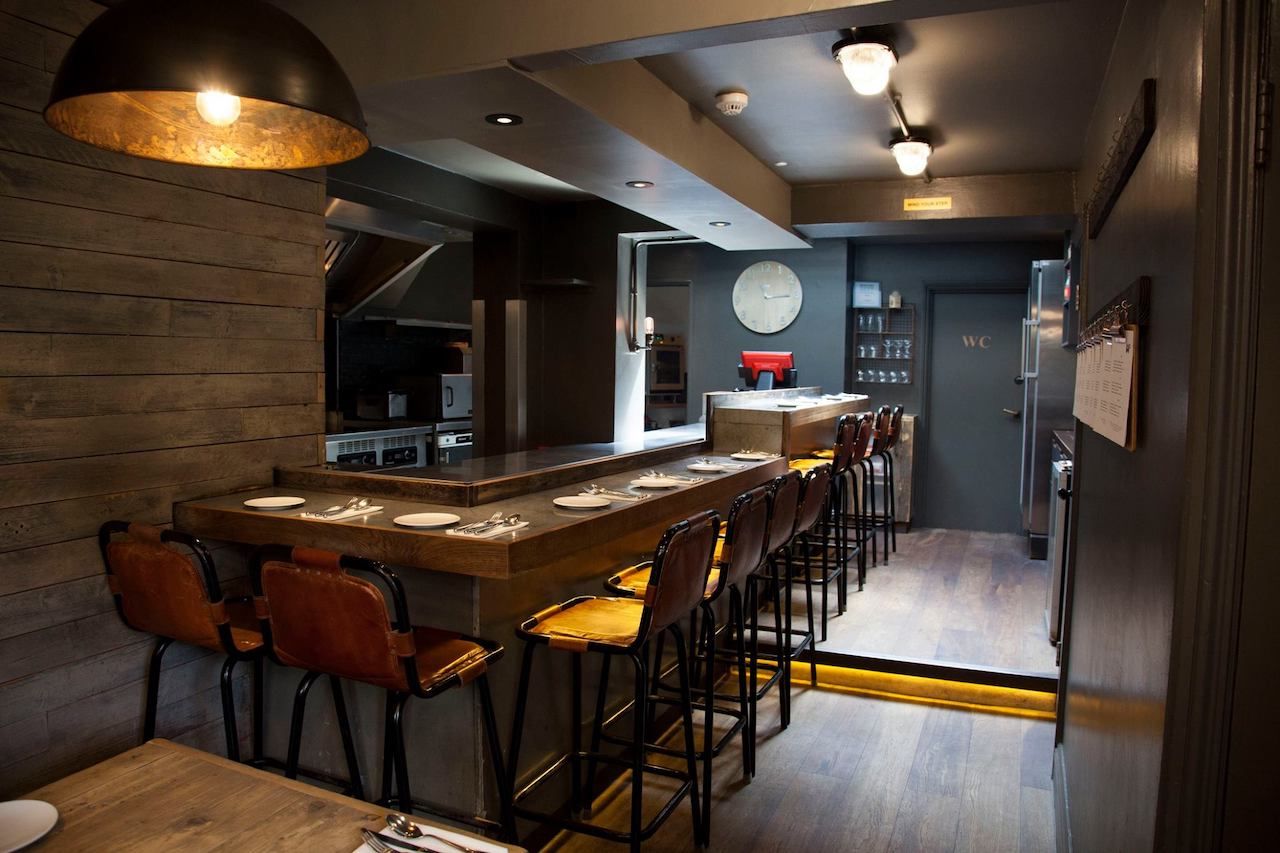 Those who say Britain has nothing to offer to the global culinary scene have obviously never spent any time in gourmet Brighton. For modern British food in a fine dining setting, make a reservation in advance at 64 Degrees. The decor is sleek and industrial and there is an open kitchen where diners can watch the chefs hard at work. The food consists of a selection of small plates that change on a daily basis. The idea is that guests share their plates with friends and family for a fun and experimental dining experience.

For something more laid back, head up towards the train station via the colorful and independent shops of North Laine Bazaar. The Prince Albert, a popular pub featuring a famous “dead rock stars” graffiti mural outside, is always abuzz with good music and cheap pub grub.