Walking through the Marijuana Mansion is like strolling through a world where a photo-friendly cannabis experience is as acceptable as an Instagram-ready Museum of Ice Cream. The building has more than 4,200 square feet of space spread out over three floors and 11 rooms. In one, a swinging chair hangs from the ceiling of a room covered in fake cannabis leaves with a neon sign that reads “High Life” positioned between the swing’s ropes. Another is a speakeasy-style poker room, while close by there’s an art-covered room that’s accessible through a hallway lined with neon-colored trees.

A recent event at the Marijuana Mansion in Denver came complete with servers carrying platters of pre-rolled joints and edibles to consume inside. This might not be what cannabis enthusiasts thought a world where recreational weed is easily accessible would look like, but it’s safe to say the Marijuana Mansion doesn’t disappoint — both from an aesthetic perspective and a historical perspective. 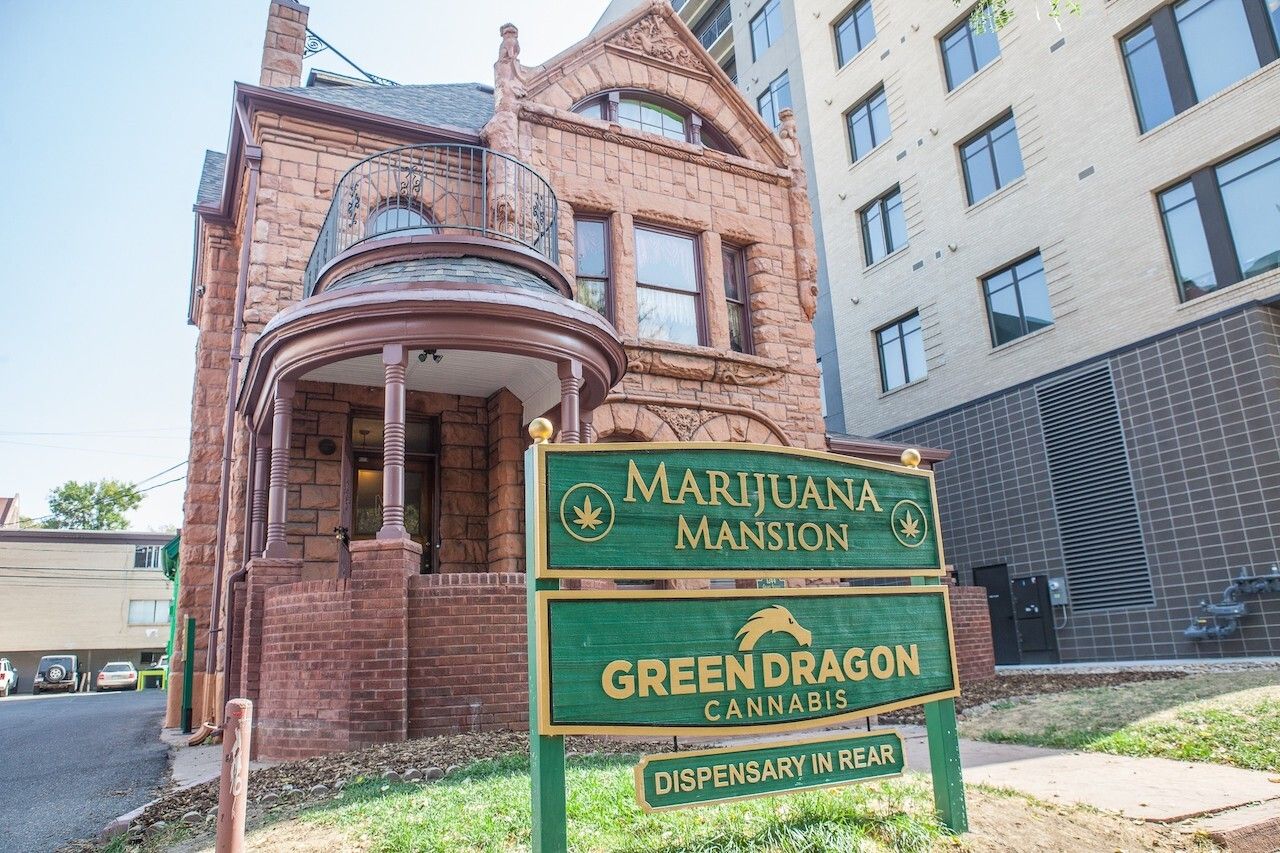 The building where the Marijuana Mansion is located has been on the National Register of Historic Properties since 1977, but not for anything to do with cannabis. It was built for the wealthy businessman Joseph Creswell in 1889 by Denverite architect John J. Huddart. The Queen Anne and Romanesque Revival architectural influences helped earn its historic registry position.

The building would earn a spot on the National Register of Historic Cannabis Properties as well if there were such a thing. It was the headquarters of the Marijuana Policy Project, which started in Denver and moved to Washington DC. It’s also where Amendment 64 was written, which, when passed, legalized recreational cannabis for the first time in the US in 2012.

Aside from the history, there’s the Instagrammable rooms, cannabis history, and art aspects to experience. Lisa Leder purchased the house in 2019 and gave each of the 11 rooms a distinct cannabis theme with an all-women team of artists and creators. 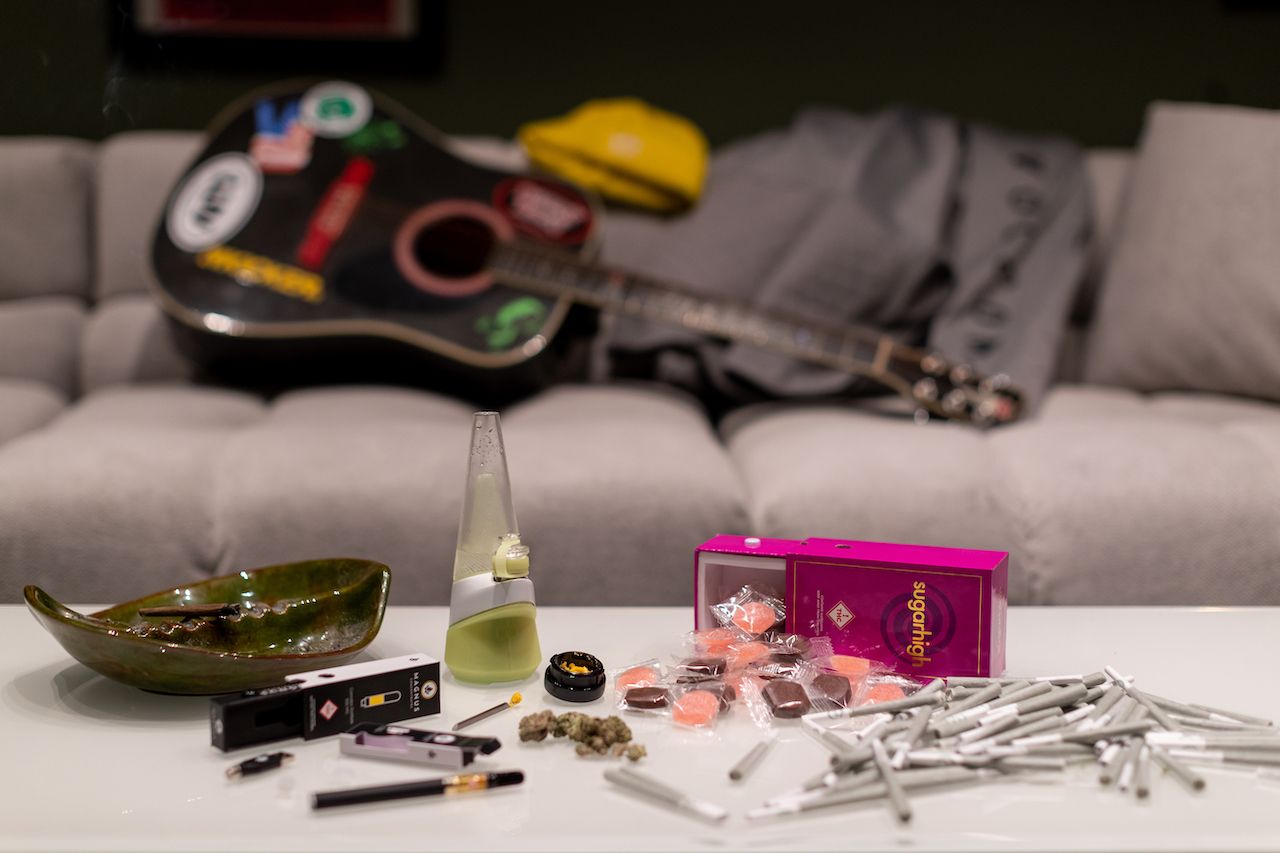 Experiences like these are popping up more and more as the country starts to open back up and an increasing number of states legalize recreational cannabis. For example, Planet 13, a two-store chain of mega dispensaries that double as art experiences, recently opened its Los Angeles area location. The business already has plans to include a 13,000-square-foot consumption lounge in future expansions.

Still, it’s illegal to consume cannabis in public spaces or in areas where tobacco is prohibited in many recreational states. And where it is legal, businesses have a hard time securing a license. Public consumption licenses are available in Denver, but businesses must be 1,000 feet from daycare centers and drug rehabilitation centers — something that can be hard to do in the densely packed urban core.

“Every state has its own challenges,” says Kim Stuck, CEO and founder of Allay Consulting. “In most states the challenge is over-regulation. For instance, in Denver, they put out consumption laws, and then only two locations in the city of Denver could open at all. The regulations were so strict that it made it impossible for anyone to get a location, a license, or operate.”

Compare that to places like Nevada, where lawmakers are working on a framework for legal consumption sites that work for tourist-heavy cities like Las Vegas and Reno.

The laws are frustrating for retailers as well as travelers interested in sampling some legal weed. Limiting where people can legally consume also limits who can comfortably partake.

“What’s most frustrating is the inability to get Ripple [cannabis products] in front of everyone we want to,” says Kate Dwyer, general manager of the cannabis brand Ripple. ”We support the ‘regulate like alcohol’ narrative and would like the opportunity to sample 21-plus consumers at events such as concerts or festivals, the same way alcohol brands are able to.”

Until that happens, consumers have to find workarounds like cannabis-friendly Airbnbs or hotels. Smoking is out of the equation since few states allow smoking indoors, and outdoor spaces are usually classified as public. That said, there’s been a lot of innovation in discreet edibles that are easy to pack along on a day trip. Ripple’s dissolvable THC powders easily mix into food and drinks, for example, and the brand’s quick-hitting edibles come in five-milligram gummies. 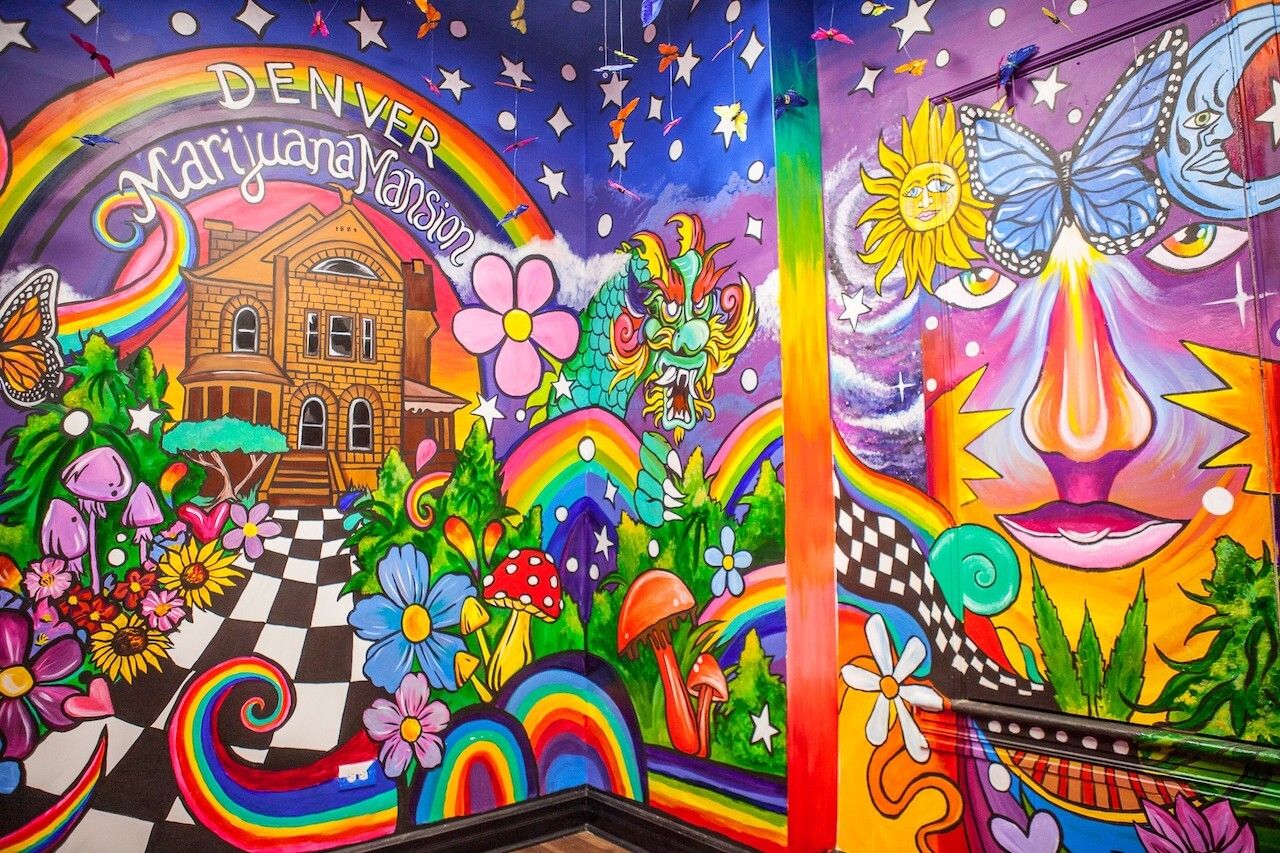 Private parties, events, and photoshoots, however, are fair game.

Recently, Emma says, the mansion has been a popular place for cannabis companies to throw parties for their employees. The building is open to reserve for dinners, events, and any other type of private party for up to 100 guests — and they can consume on-site since the events are private. 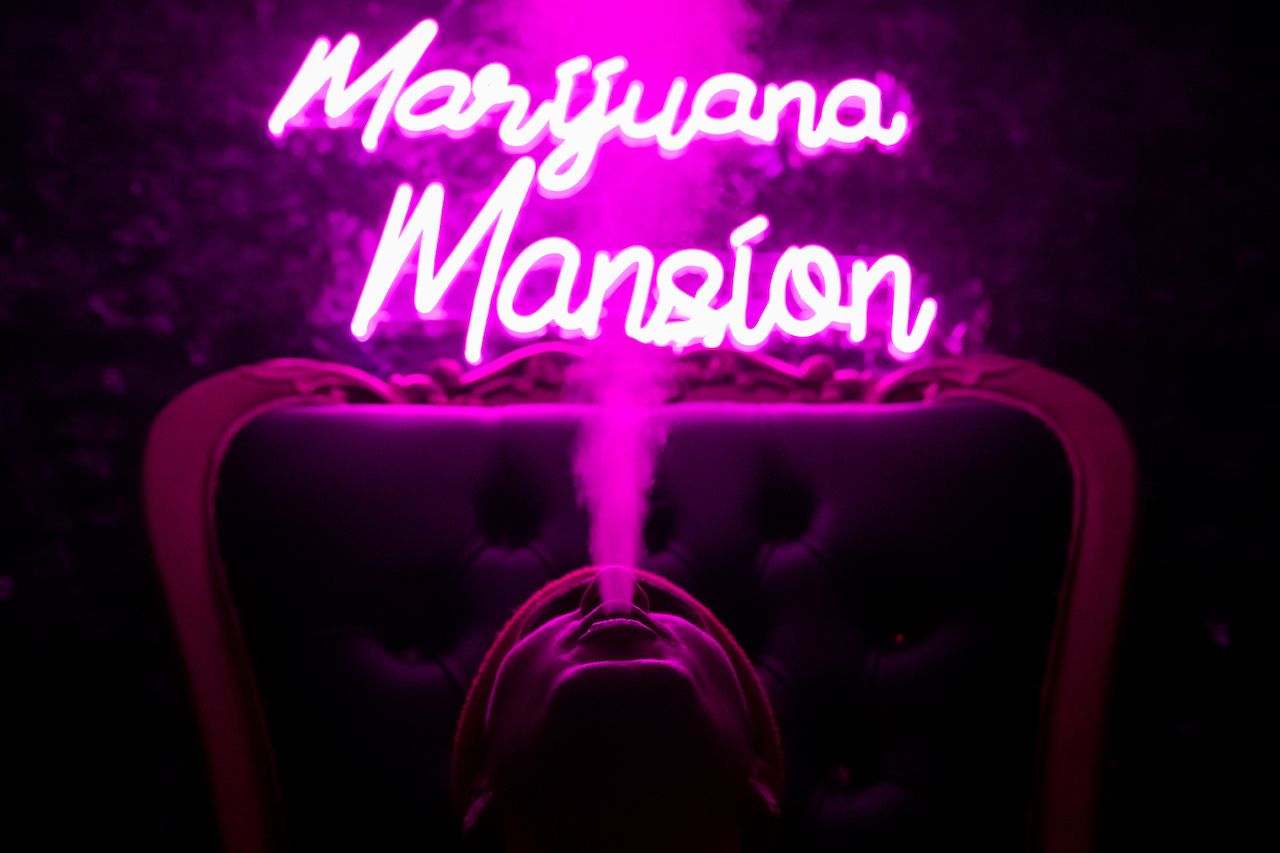 Even if you don’t make it to a private party or get to be part of a photoshoot, the Marijuana Mansion is still worth a visit. You can see the rooms for yourself, take cute shoots for social media, and learn more about the history of the building and cannabis culture on a 30-minute Marijuana Mansion Experience tour. While you can’t consume on the tour itself, the well-known dispensary chain Green Dragon has a location in the carriage house at the back of the property if you’d like to stock up before or after your tour.

Regardless of how you see it, the Marijuana Mansion deserves a stop by any cannabis-curious traveler, public consumption laws be damned.

The Matador guide to cannabis
Tagged
Cannabis Denver, CO, United States
What did you think of this story?
Meh
Good
Awesome