It’s not often that you can arrive in a new state and, with zero prior experience, confidently dive right into that state’s most popular sport. Since 1972, dog mushing has been Alaska’s official state sport. Unlike other sports that require months of conditioning and practice before you, say, step on a court or pick up a ball, even total beginners can competently tackle dog mushing — as long as they have an experienced guide.

While there are dog sled teams, tours, and guided experiences all around Alaska, Denali National Park is one of the most rugged and epic backdrops for your first dog mushing adventure. But before you go, you should have a general understanding of the sport’s unique development and history, and of what to expect when you first show up at the kennel.

Dog sledding as a sport and its history 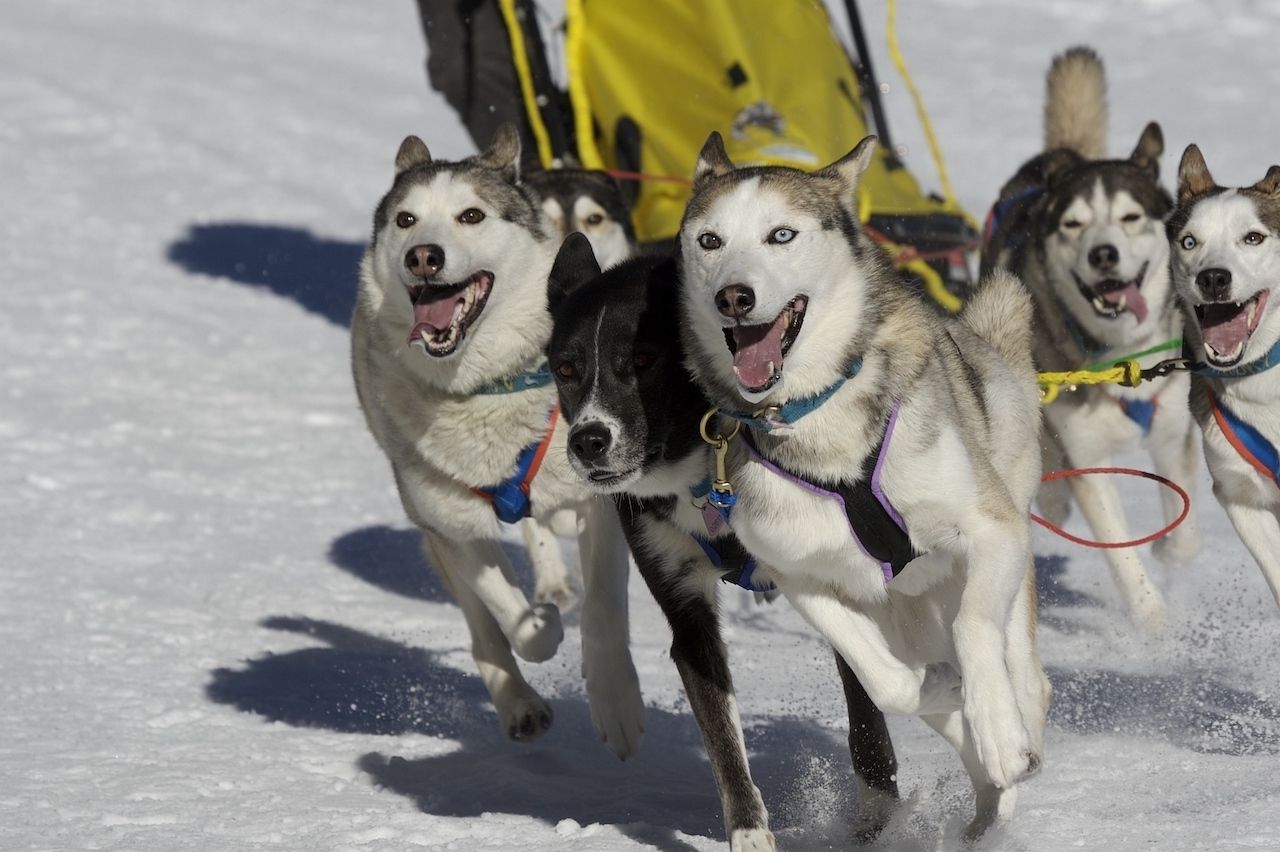 Mushing is not just Alaska’s state sport. It’s also the perfect representation of its attitude and way of life. Indeed, dog mushing actually didn’t begin as a sport at all but as a necessity for gathering resources. While the practice of using dogs to pull sleds dates back to 2000 BC, sled dogs became a popular method of Alaskan transportation during the Klondike Gold Rush in the late 19th century. In the native villages, every family had its own team for hauling firewood, water, and meat. Although these days dogs have largely been replaced by snowmobiles for winter transportation in towns off the highway system, the tradition of dog sledding lives on through recreation.

What really distinguishes dog sledding from other animal-based sports is that the dogs genuinely love to run. Jennifer LaBar, the owner of Outer Range Dogsled Tours, has been mushing in Alaska for over 10 years and insists that despite misconceptions, “these dogs LOVE what they do.” The best way for people to learn that, she believes, “is by seeing it in person… Most of the time you have to make [the dogs] stop. The musher is the one regulating how fast they go and how far they run; otherwise, the dogs would run themselves to death. Also, mushers truly love their dogs as we would our children and would never want them to do something they don’t want to do.”

LaBar herself is steeped in Alaskan dog-sled culture and competition. She recently completed the Yukon Quest 300 race and is currently training for the 1,000 mile Yukon Quest. Alaska’s version of the Super Bowl is the Iditarod Trail Sled Dog Race, which takes place in early March, traversing a distance of nearly 1,000 miles from Anchorage to Nome. LaBar, however, prefers the more relaxed and intimate Yukon Quest.

“I prefer it over the Iditarod because it does not get all the hype and publicity,” she said. “It’s more peaceful and quiet, taking you through amazing landscapes with lots of history. It has a smaller field of mushers, which creates more of a family atmosphere with everyone involved. You are more on your own, in the wilderness for hours at a time with only your dogs. Might see one of two other mushers but that’s all.”

But you don’t have to be training for the Iditarod or the Quest to get your hands dirty with dog mushing. With a trained guide like LaBar mushing is incredibly accessible for beginners and an ideal way to explore Alaska’s natural winter beauty. 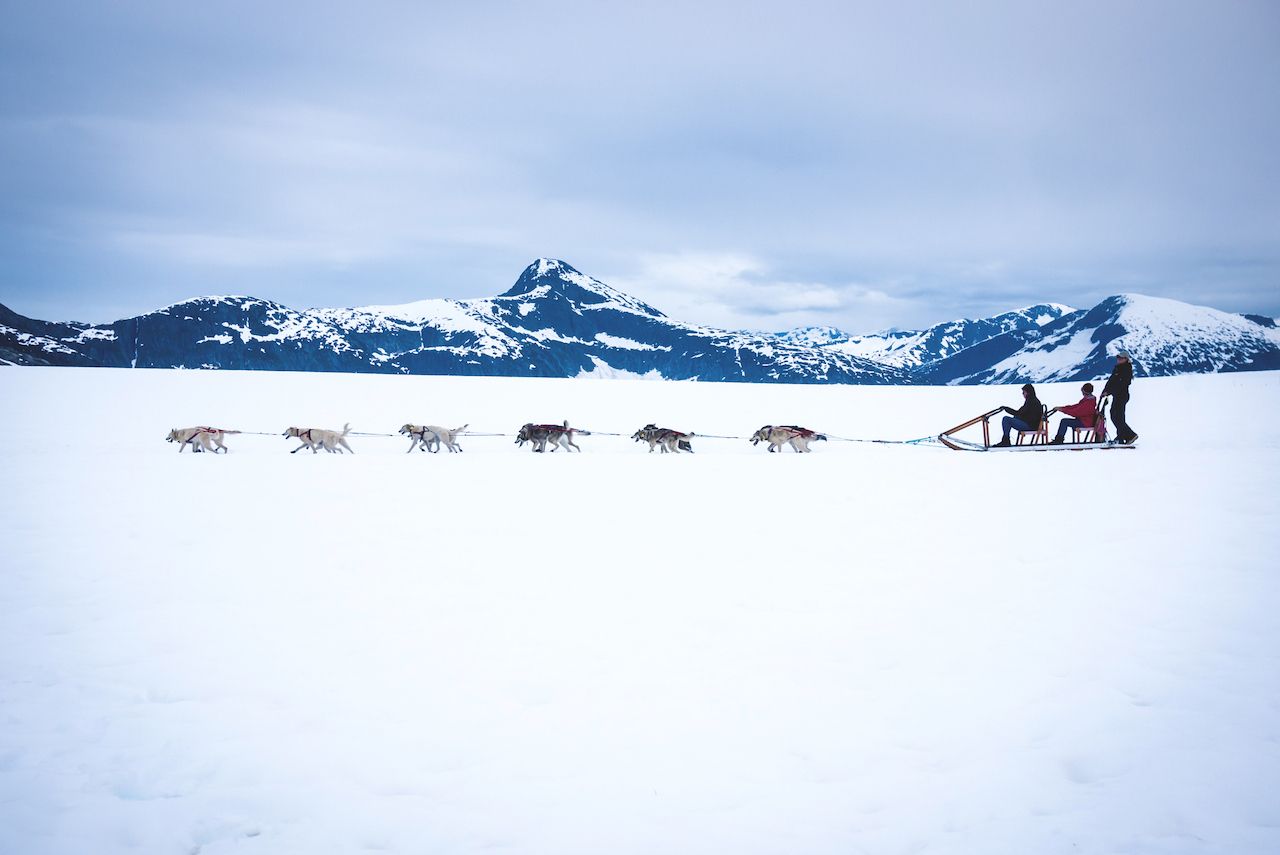 At first glance — or from watching Snow Dogs — it might look like there’s a ton of preparation that goes into a dog-sledding excursion. Safety considerations, gear requirements, and mechanical questions might all give you pause before you book a tour. Lucky for you, you don’t need to worry about any of that.

Most dog sled tours will provide you with all the essential gear you’ll need to stay warm and comfortable. LaBar, whose Outer Range Dogsled Tours operates out of Healy on the fringe of Denali National Park, equips guests with full expedition suits, boots, hand and foot warmers, and the warmest beaver-fur gloves you’ve ever seen. Underneath it all, however, you’ll be responsible for dressing appropriately.

Layering is the name of the game. Don some wool thermals with a couple of additional layers, and you’ll be in good shape. “No cotton, for starters,” cautions LaBar. “A good pair of long underwear [wool blend or synthetic], tops and bottoms, and a fleece neck gaiter is key. No fancy scarves.”

Hopping on the sled itself may seem like it requires months of practice and a deep personal knowledge of each dog on the team, but it’s actually pretty simple. If you can drive a car, you can drive a dogsled. There are two important brakes and an anchor. You use the brakes to slow down your dogs, so you’ll want to ride these to prevent the dogs from taking off at blinding speeds.

To come to a complete stop, you throw the anchor to the ground and stomp on it with your foot. This is the only way to truly keep the dogs from running off. If you’re feeling lazy, you could always choose to ride in the sled and enjoy the view while your guide does the driving.

According to LaBar, it’s incredibly rare that guests ever have issues while mushing. But it’s important to remember the most important rule: Never let go of the sled.

“The first tour I ever gave, I was working for an outfitter who taught clients how to drive a dog team,” said LaBar. She had a client who was on her sled struggling to pick up the snow hook. “I didn’t realize it, but she reached down to yank the snow hook out of the ground with both hands, and of course as soon as she did the dogs leapt forward, and she flew backwards off the sled. Because I was thinking that everyone instinctively knew, I forgot to tell her the most important thing: ‘Never let go of the sled!’” 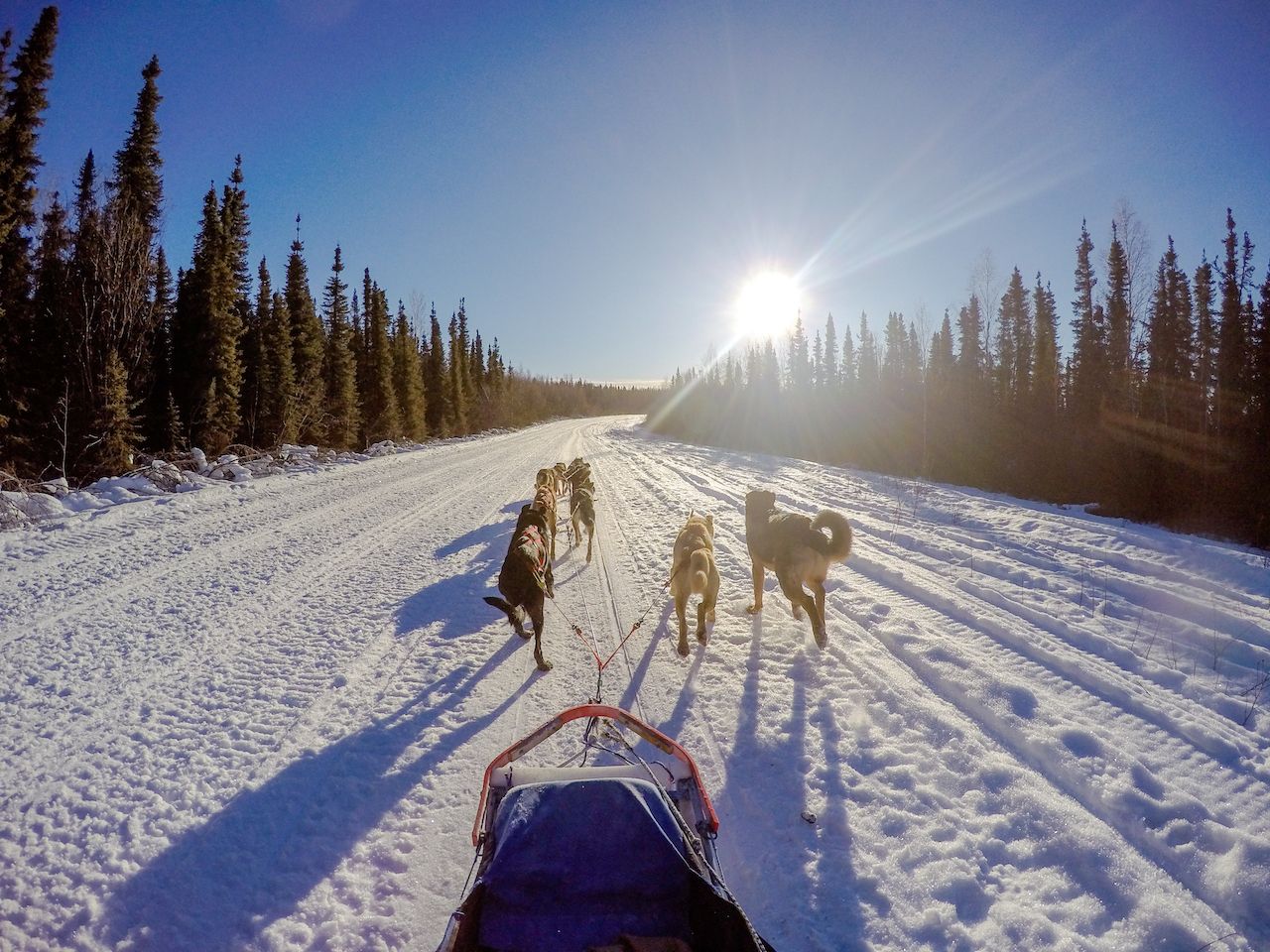 If visiting Alaska in the winter sounds less than desirable, and you’d rather schedule your Alaskan adventure for the summertime, dog sledding isn’t out of the question. Yes, summer dog sledding is a thing. And it’s a totally unique experience.

Even LaBar, for whom winter dog sledding is a way of life, highly recommends mushing in the summer. “Down in Southeast Alaska,” she said, “you can fly up to a glacier where there are summer dog camps and go on a short tour on a sled. Also, some areas around the coast (the cooler areas of the state) offer dog mushing tours with wheeled machines, like side-by-side’s.”

You can even take advantage of summer sledding in Denali.

According to LaBar, “Down in Cantwell, 40 miles south of Healy, there are three tour businesses that offer kennel tours and short dog mushing tours in the summer with side-by-side’s. Times are limited to early in the day or late in the day when it’s coolest. They have a nice creek to run in or near so the dogs can cool off along the way. All summer tours are very short because of the warmer temps, but I highly recommend it!”

Even if you’ve already been dog sledding in the traditional sense, going in the summer is a brand new experience that’s equally memorable — and requires a lot fewer layers.