The pandemic has resulted in some outstanding photography. Many talented creatives around the world have had more time to focus on passion projects and for those who draw on the earth and wildlife for inspiration, we’ve seen some outstanding artwork — especially from drone photographers. This week the results of the international Drone Photo Awards 2021 were announced and the collections are out of this world.

The awards are sectioned into the following categories: urban, wildlife, sport, people, nature, abstract, wedding, and series. Photos were submitted from over 102 countries and the final cut will be showcased in an exhibition dedicated to the visual arts from October 23 to December 5 as part of the Siena Awards Festival in Siena, Italy.

Here are some of our favorites from the Drone Photo Awards 2021. To view other entries and the winners of each category visit the official website.

Photo of the Year, Wildlife 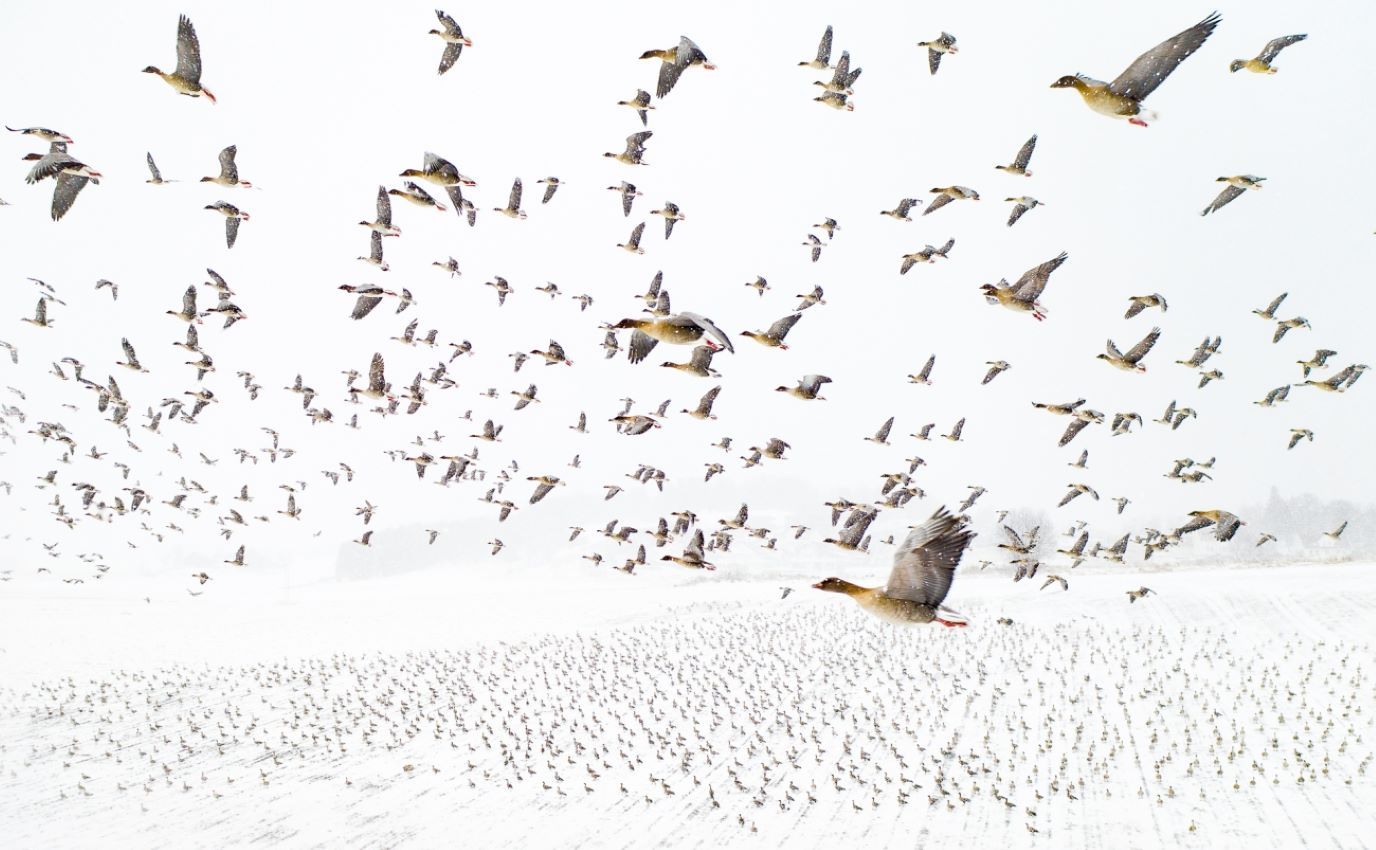 Thousands of pink-footed geese fly to the breeding grounds on Svalbard in the Artics.

“Hippopotamus Group From Above” by Talib Almarri 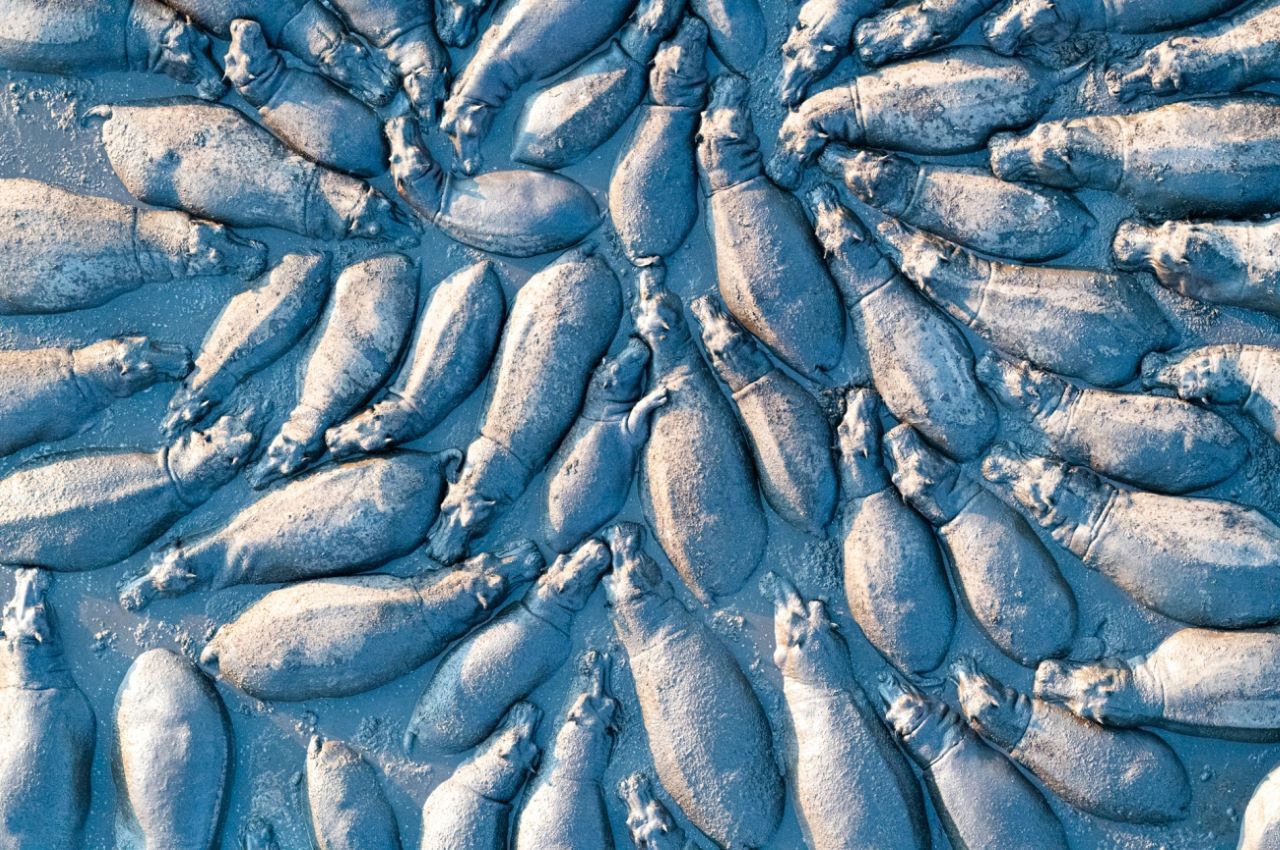 A group of adult hippopotamus a calf gather together creating a unique pattern.

“The Tower” by Kristian Stigel 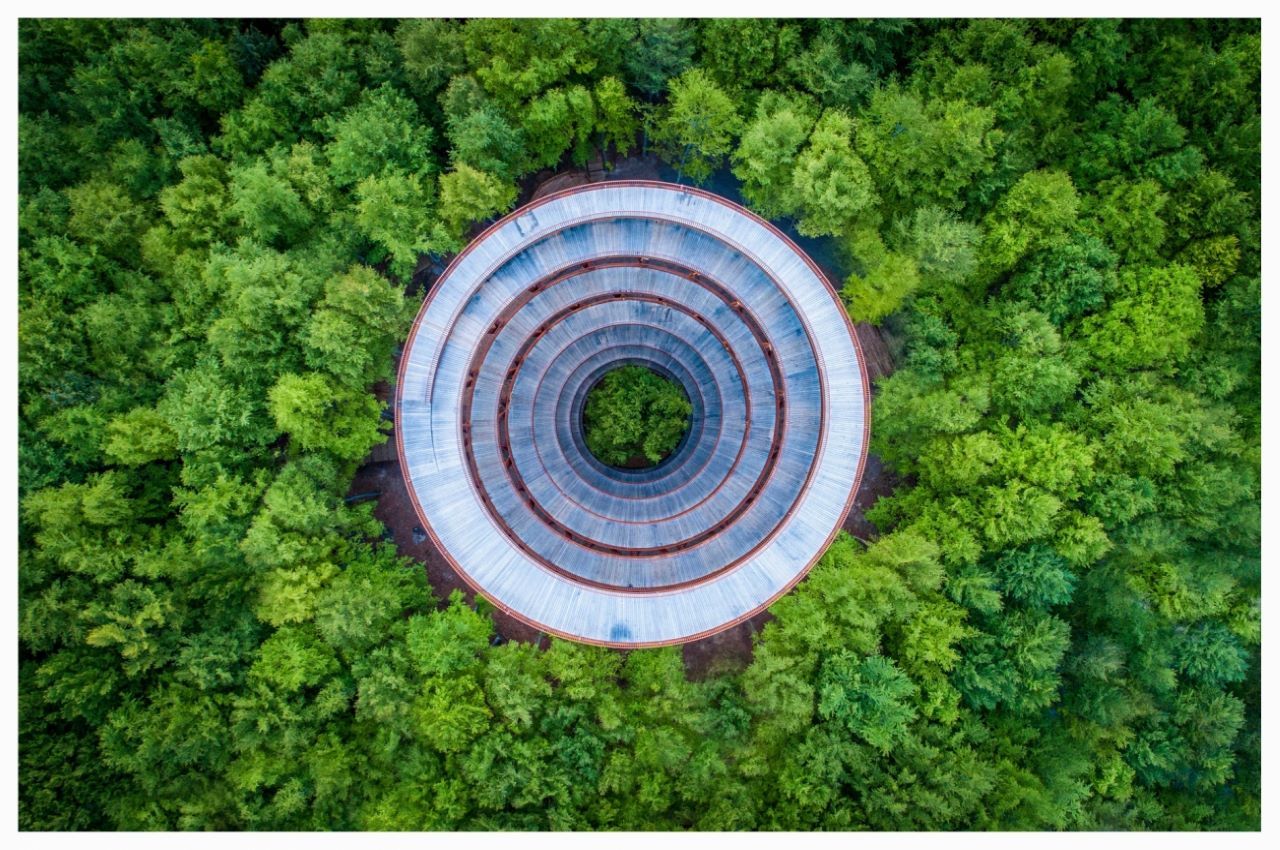 This newly built tower reaches 147 feet high and this photo was shot early morning before tourists engulf the attraction. 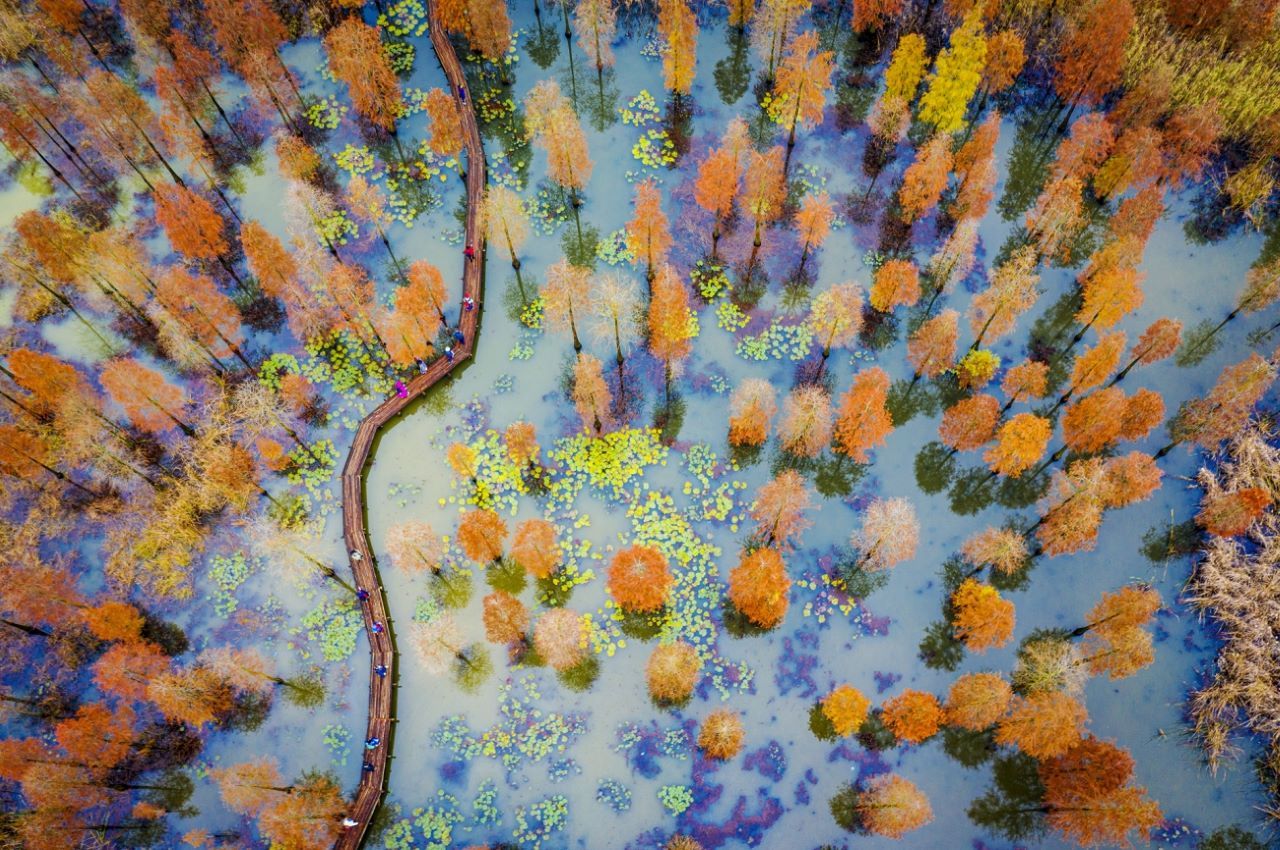 Chishan Lake Park is named after the largest “Chishan forest” in East China.

“Labyrinth of Time” by Tomáš Neuwirth 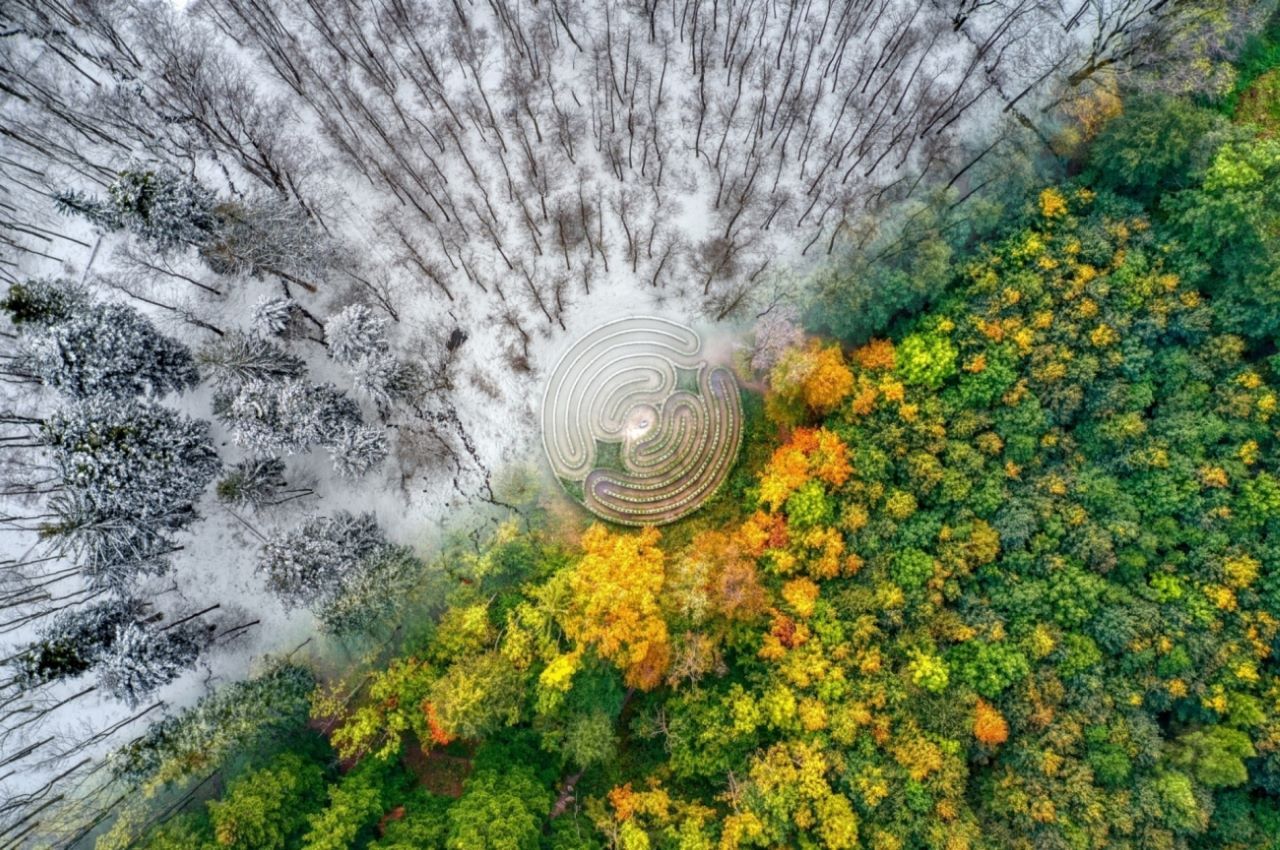 The digital collage was created by photographing a labyrinth in the park of Priessnitz Spa during two seasons. 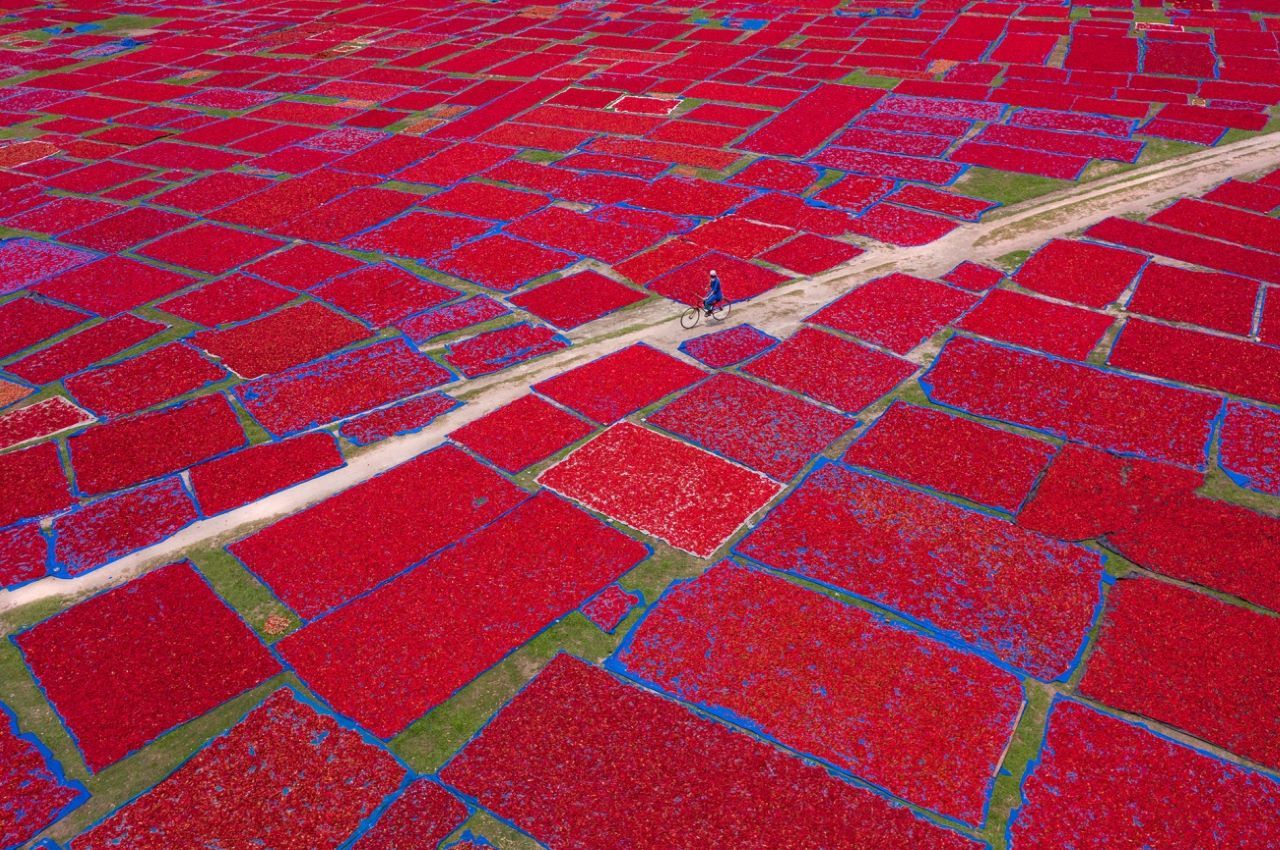 A farmer riding through a sea of red chillis. 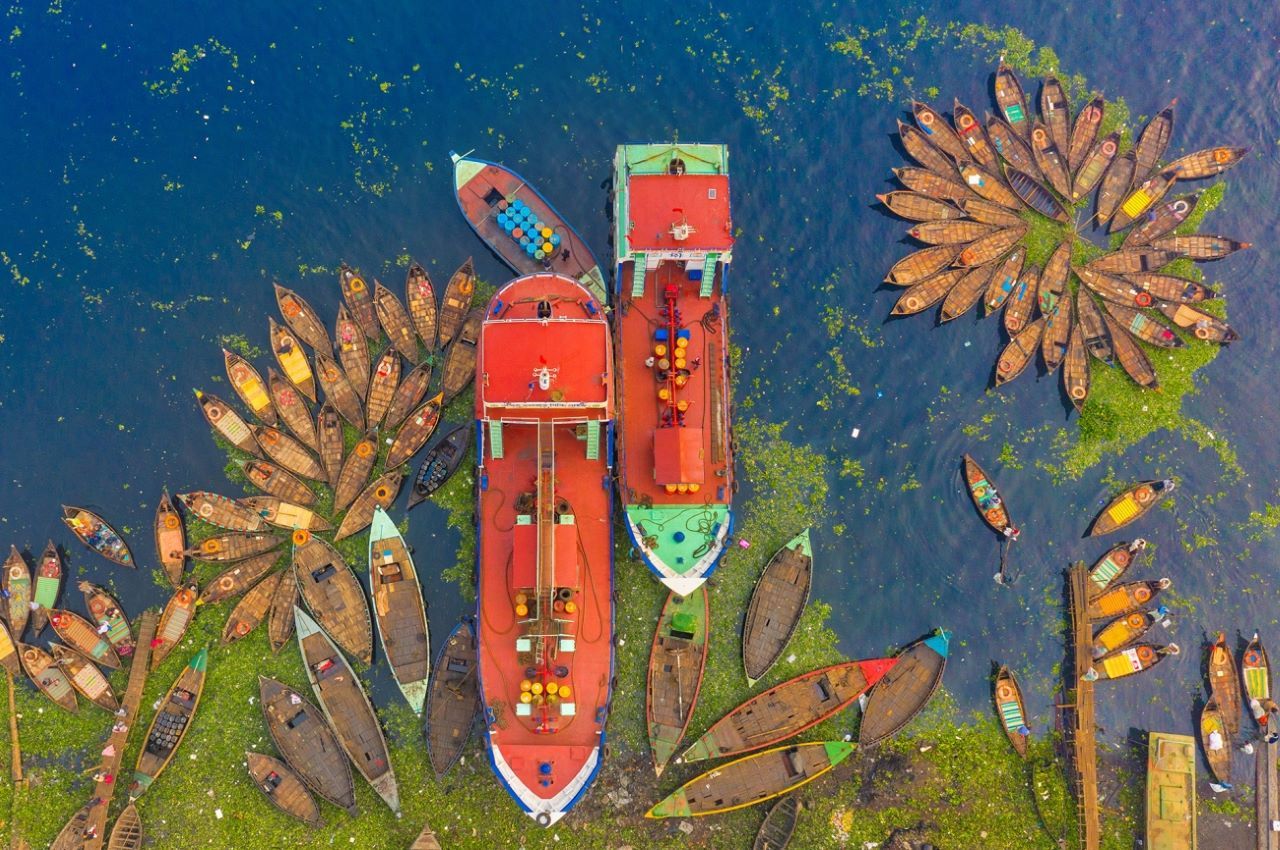 Boats from the bank of the river Buriganga during the pandemic in Bangladesh. 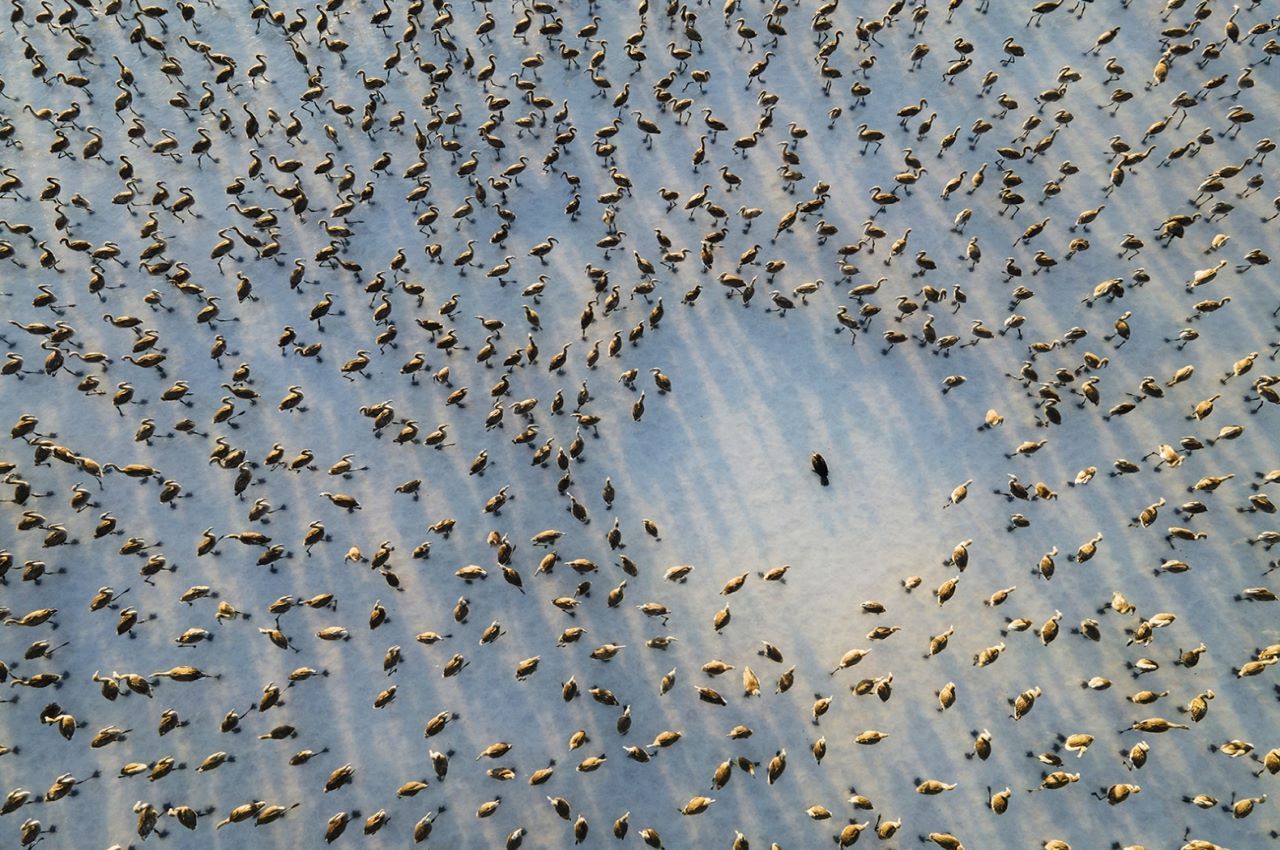 A flock of baby flamingos on a salt lake. 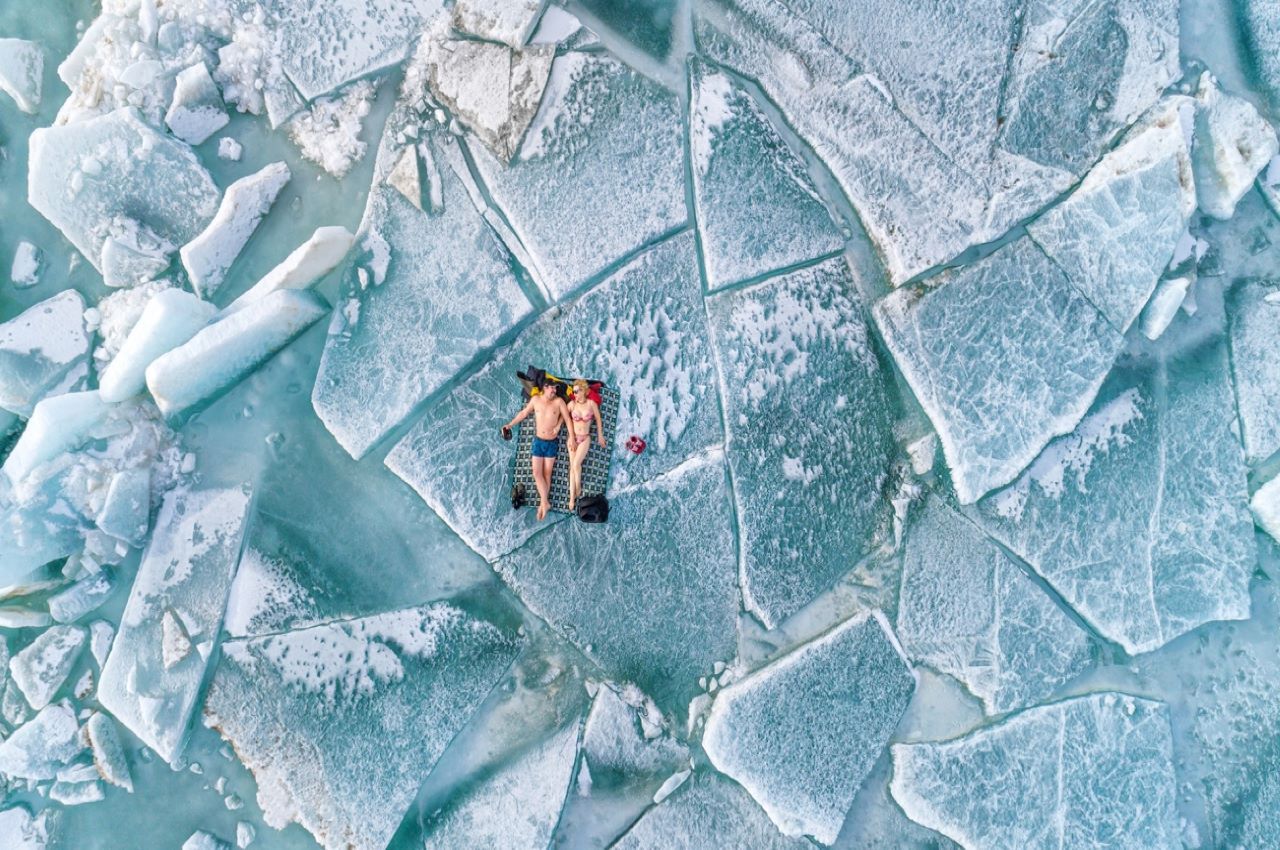 Two beachgoers lie on ice hammocks at the Kapchagai reservoir in the Almaty region. 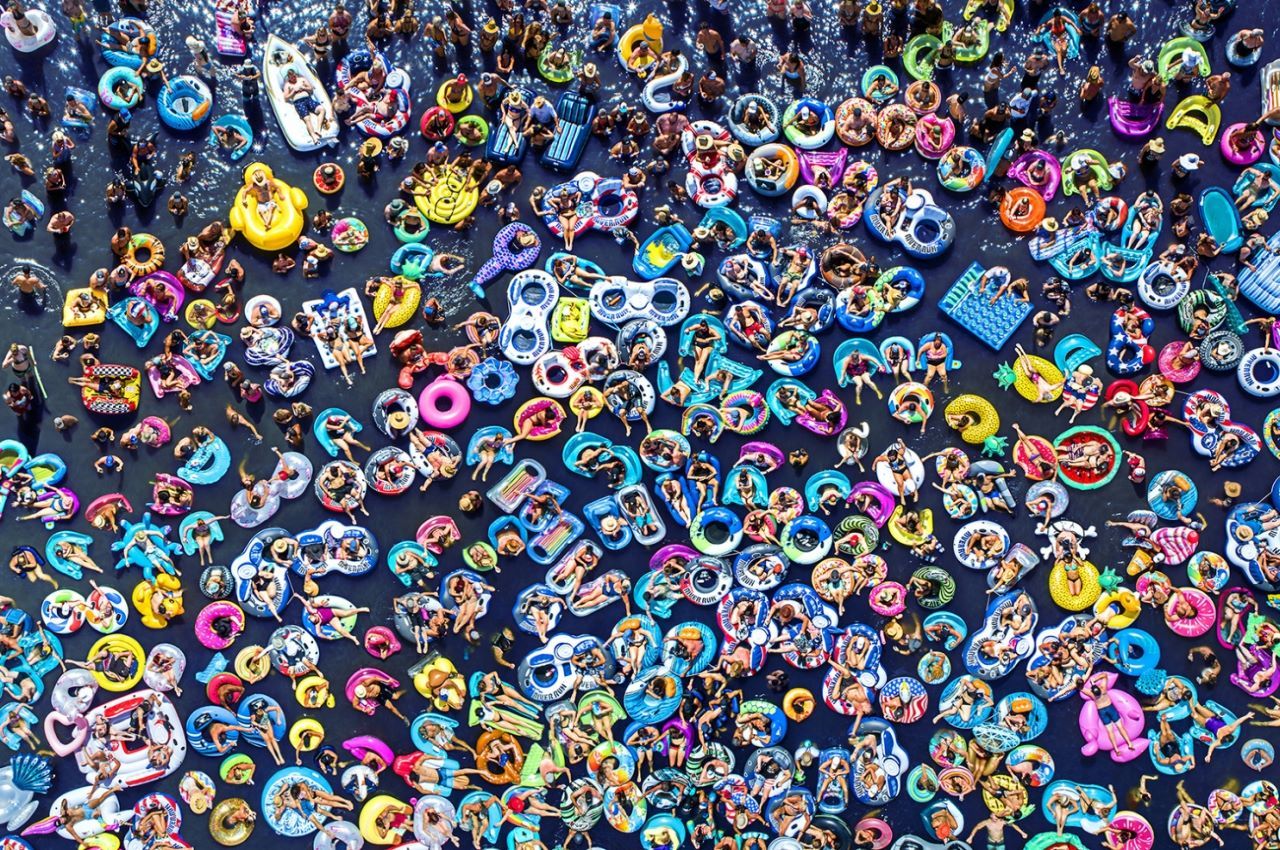 This image captured a crowd packed into a lake in inner tubes while attending a concert.

“Poodle in Rapeseed” by Jan Ulicki 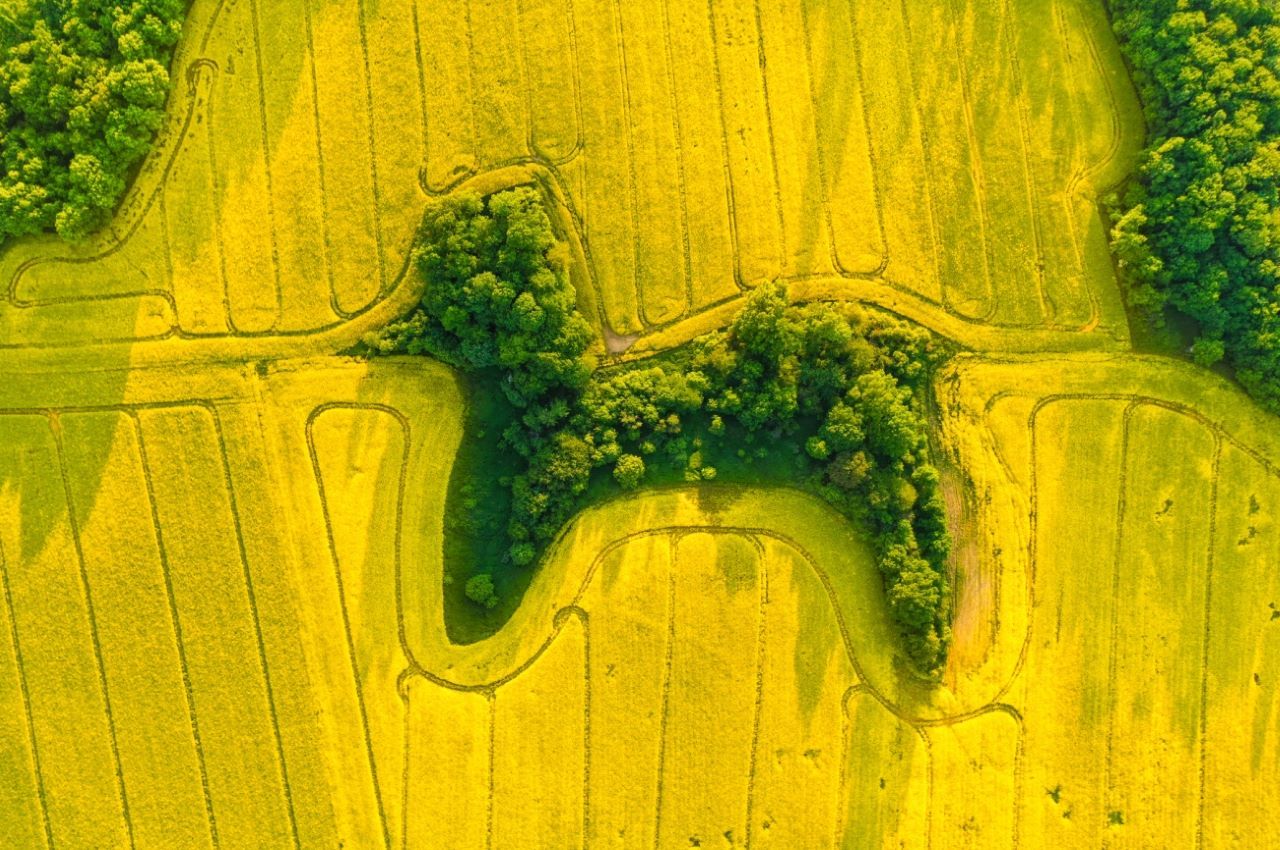 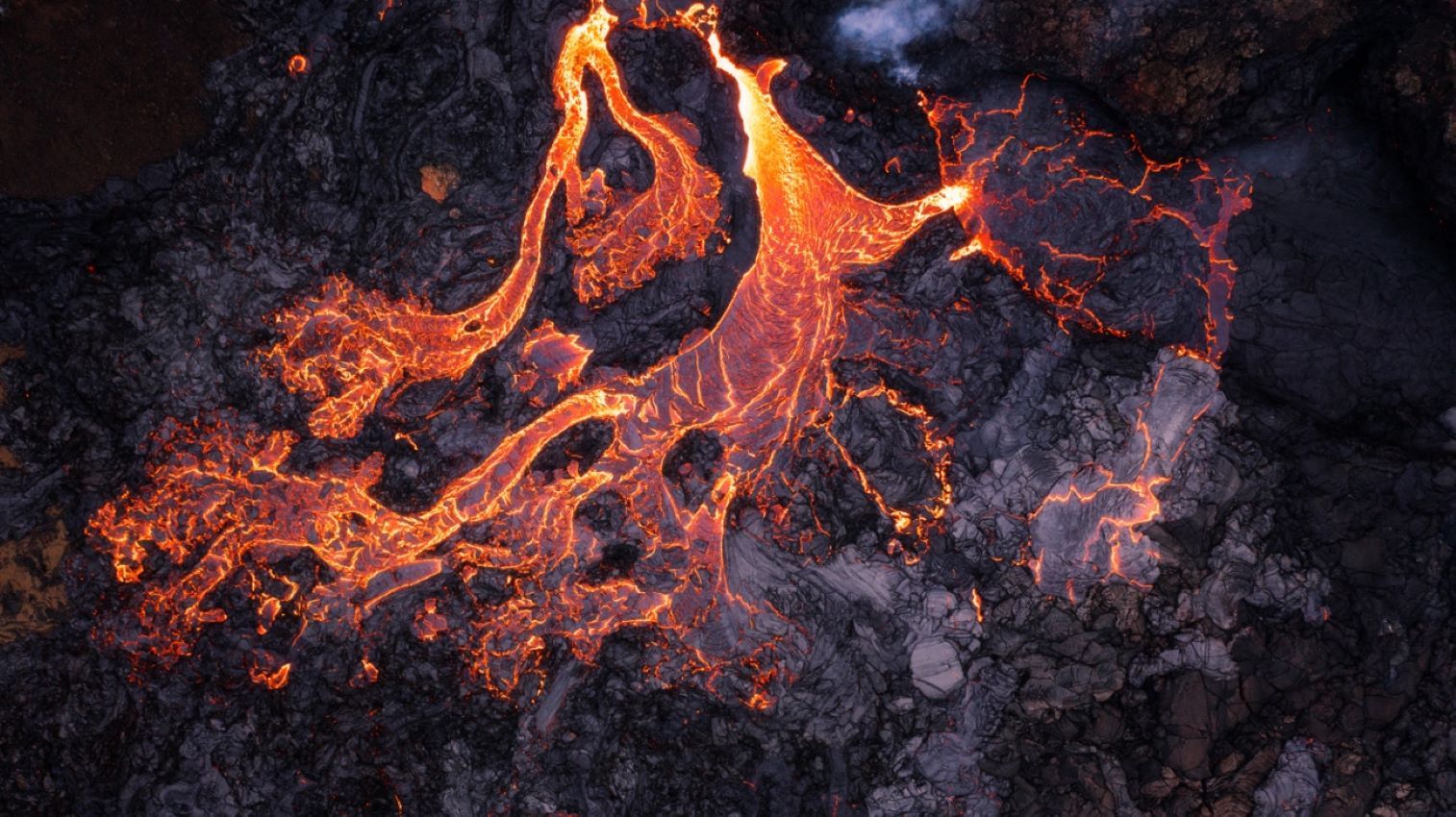 The Fagradalsfjall volcano in Iceland erupted in April 2021.

NewsWildlife Photographer of the Year 2020 Shows a ‘planet Under Pressure’
Tagged
News Photo + Video + Film
What did you think of this story?
Meh
Good
Awesome