Acquiring artifacts from other nations, whether through war or colonization, is often a recipe for complicated negotiations down the road. For 150 years, the British Museum in London has been in possession of one of Easter Island’s most spiritually significant statues, and now the small Chilean island is imploring the British government for its return. The seven-foot, basalt statue or moai, called Hoa Hakananai’a, was taken in 1869 and given as a gift to Queen Victoria. Now, it stands in the entryway of a gallery at the British Museum. It is believed that the moai was carved by the Rapa Nui people between 1100 and 1600 A.D. 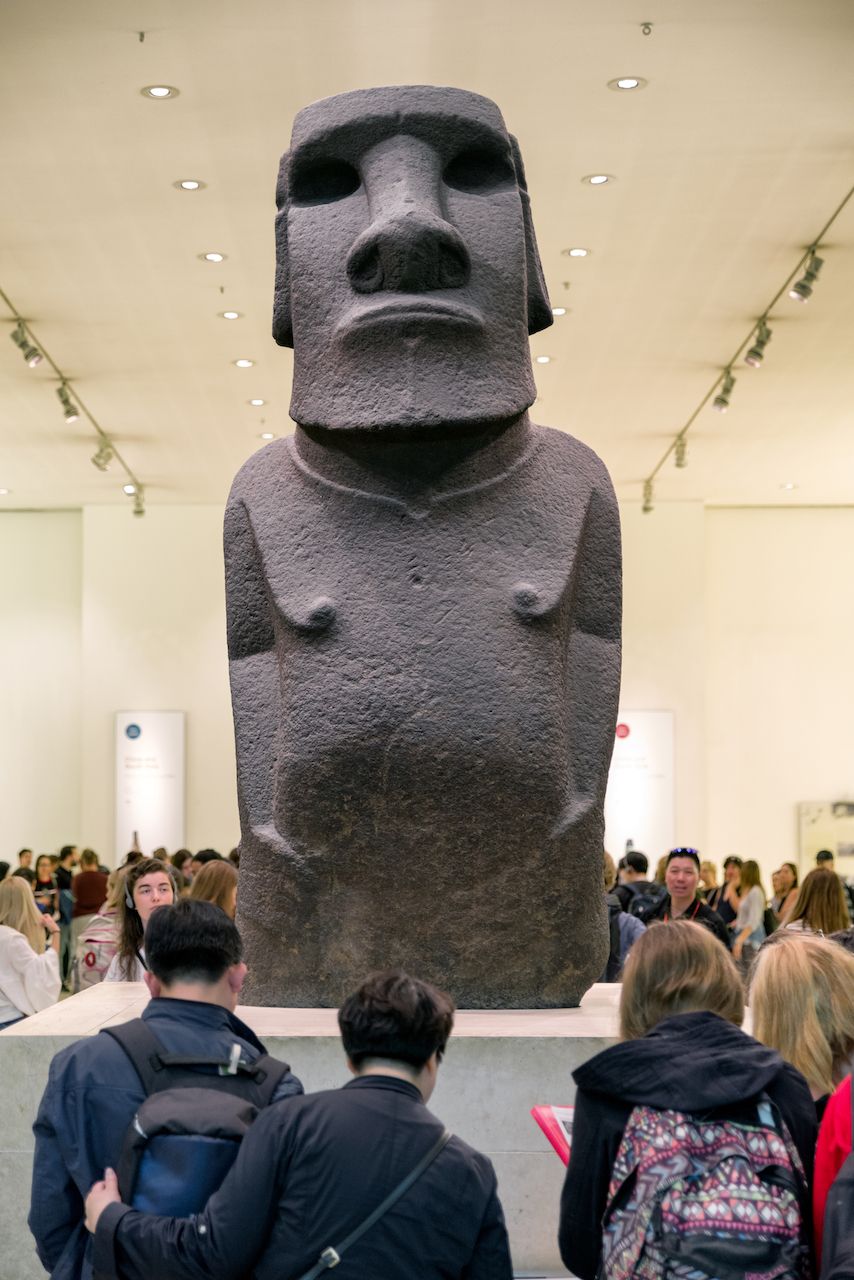 When Rapa Nui visitors come to the British Museum and look upon the statue, it’s an incredibly emotional moment. “I believe that my children and their children also deserve the opportunity to touch, see and learn from him,” said Tarita Alarcon Rapu, governor of Easter Island, after seeing the statue for the first time. “We are just a body,” she added, speaking with museum officials. “You, the British people, have our soul.”

Last year, the Rapa Nui people gained self-administration over their ancestral lands on the island, and have since been trying to recover Hoa Hakananai’a (meaning lost or stolen friend” in the local language). While this is the first meeting between the island’s government and British museum officials, more conversations are expected to follow. Felipe Ward, Chile’s national assets administrator, said the second meeting will likely be on Easter Island itself, “where we invited the authorities of the museum.” The talks may be moving slowly, but the fact that they’re happening at all is significant. It’s the first time the British Museum has agreed to discuss the statue’s return.

Calls to restore plundered artifacts are nothing new. African museum directors have recently called upon France to return thousands of African treasures and artworks to their rightful homes. French law prohibits the government from relinquishing state property, but Macron stoked hopes last year, when he said in a speech, “Africa’s heritage cannot just be in European private collections and museums.”

Right now, there are about 90,000 African artworks in French museums. Governments may be considering restoration now more than ever before, but the process would undoubtedly be lengthy, complicated, and bogged down by bureaucracy.