Move over, pub crawls, there’s a new boozy tour in town, or at least there is in Dallas. It’s no wonder that the city that invented the frozen Margarita machine has a self-guided tour on which this frosty beverage is the star of the show. Although Carlos Herrera invented the Margarita in 1938 at his Baja California restaurant Rancho La Gloria, the machine that mixes icy Margs first appeared in Dallas in 1971. With a dedicated app and signature cocktails for participants to taste, the Margarita Mile is the best way to dive into Dallas’ storied history with the famous cocktail.

The exercise-averse can rest assured: The term “mile” should be considered a loose directive. As the walk has grown in popularity, the number of participating restaurants and the area they encompass has increased. There are 20 stops along the trail, but you shouldn’t feel pressured to hit them all in one go (that would be a ton of tequila anyway). It’s best to cover the stops over several days if you plan on checking each one off your list.

For those who don’t think that tequila cocktails are enough of a reward, you can download the Margarita Mile app and check in at each restaurant. Participants can earn prizes at various levels, such as a T-shirt after visiting eight stops. After 14 locations, you can receive a hat and obtain the coveted title of “‘Rita Master.”

Whether you like your drinks on the rocks or frozen, here are five essential stops to hit as you live large and drink Margs along Dallas’ Margarita Mile. 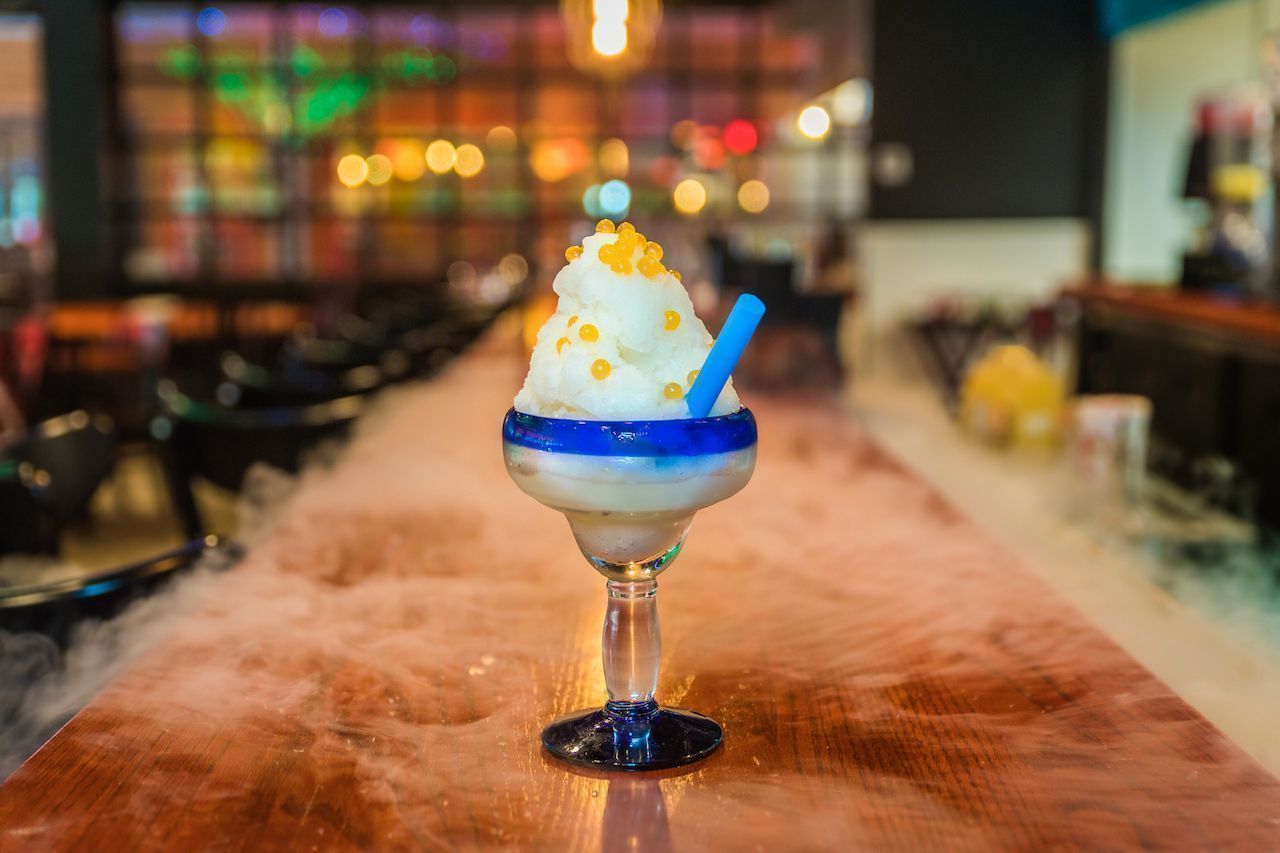 If frozen Margaritas are on your agenda, there is no better stop than Beto & Son, listed as the fourth stop on the Margarita Mile. Part cocktail, part science experiment, this Margarita is constructed tableside, much like guac or salsa would be made. A cart topped with glasses and a metal mixing bowl is rolled to your table; ingredients include a range of tequila, fresh lime juice, agave, and orange liqueur, as well as a few less-conventional ingredients.

Once liquids are added to the mixing vessel, they’re then covered with liquid nitrogen. The mixologist whisks the Margaritas as smoky condensation billows out of the mixing bowl. It’s a pure delight to watch. Classic, blue-rimmed Margarita glasses are then filled with the icy mix, and topped with fruit-flavored pearls, like those added to bubble tea. 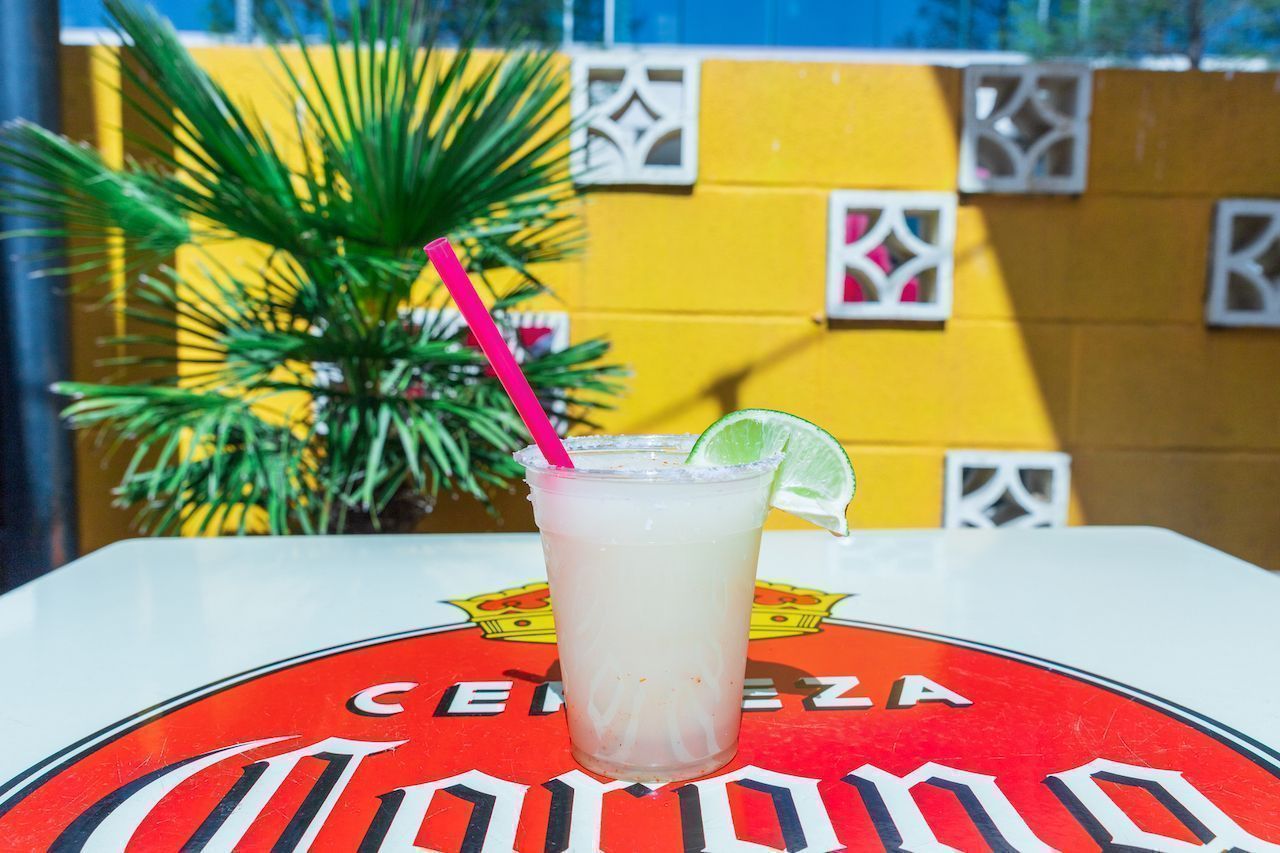 There is just one Margarita on Taqueria La Ventana’s menu. Instead of offering several flavors, this restaurant hit a home run with its signature drink.

La ventana translates to “the window,” perfectly describing this outdoor eatery, which was inspired by the street food scene. Patrons can enjoy a Margarita, frozen or las rocas (on the rocks) at a wooden table on the open patio. Although just one location is on the Margarita Mile app, you can taste the Taqueria La Ventana take on the Margarita at any one of the chain’s four locations throughout Dallas. 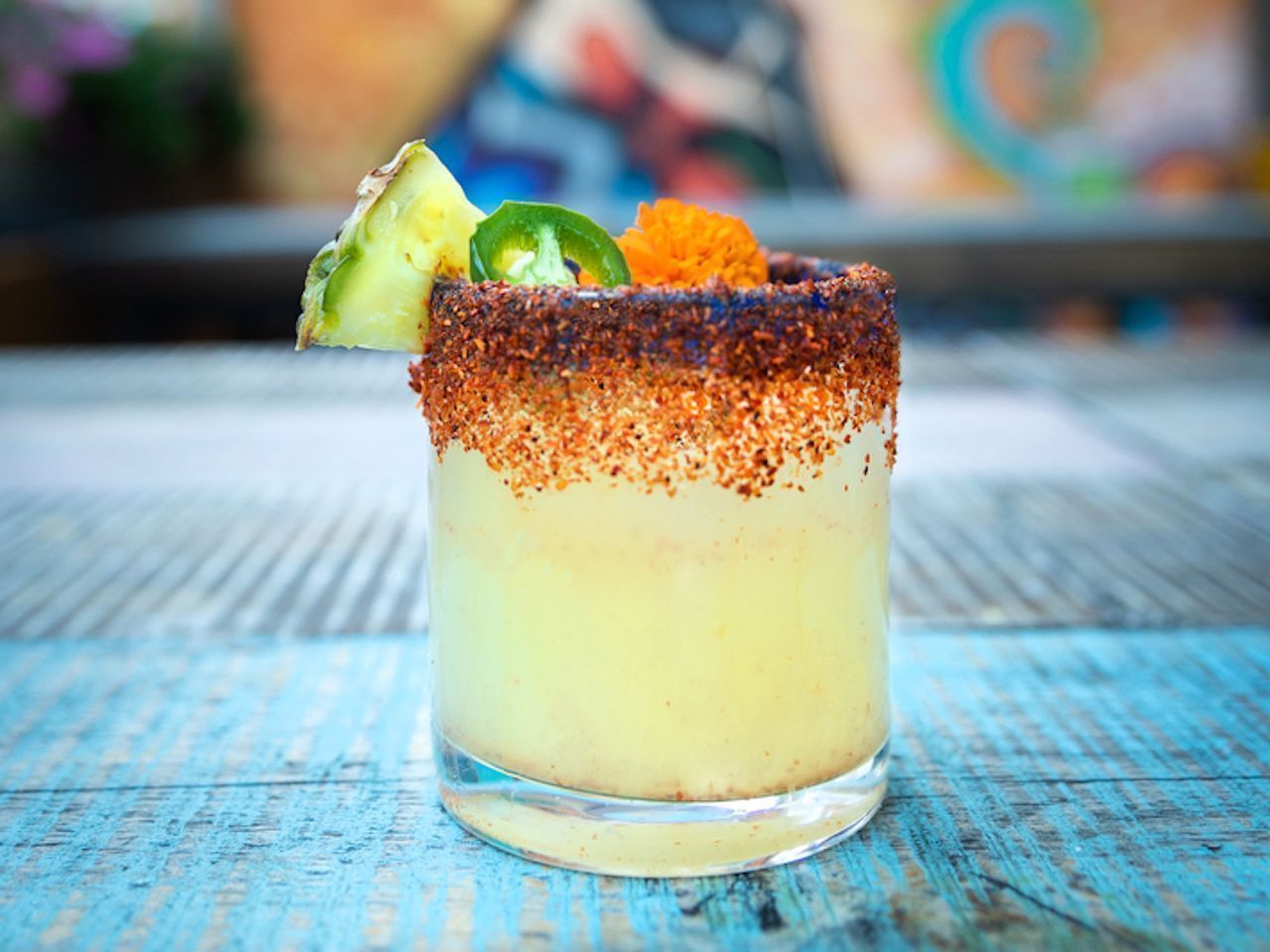 Those who crave spicy salsa and hot peppers will especially enjoy the Wild-Rita, made with jalapeño-infused tequila, roasted pineapple, hand-pressed lime juice, and agave nectar. This sweet-but-spicy cocktail is found at Wild Salsa, the ninth stop on the Margarita Mile, and it isn’t the restaurant’s only creative option. Other Margarita flavors on the menu include avocado, prickly pear, strawberry, and blood orange. The restaurant also offers tequila flights from a selection of over 100 varieties of the spirit. 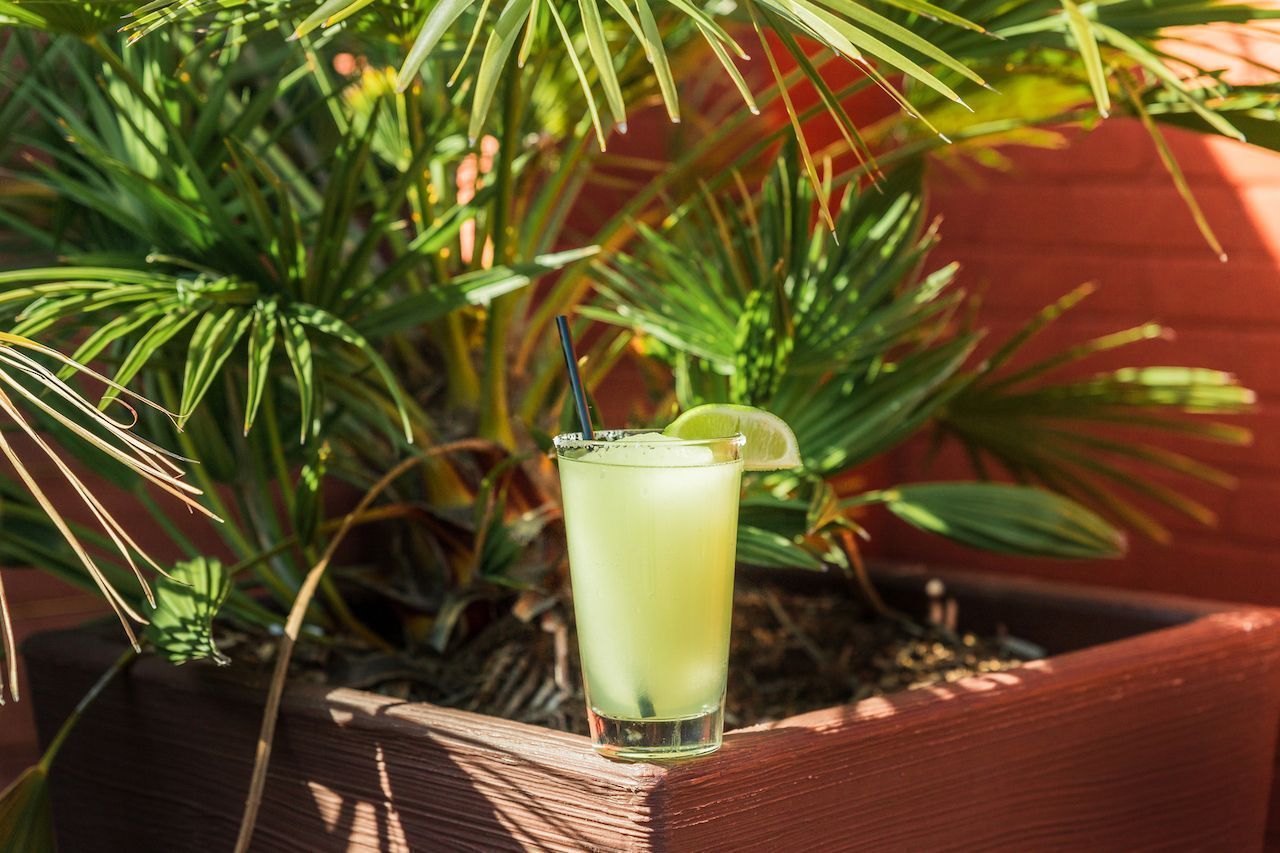 The 13th stop on the Margarita Mile offers an award-winning Margarita that has been dubbed “D’s Best” by Dallas readers of D Magazine five years running. El Fenix has been in business since 1918 and claims that its founder, Miguel Martinez, created not just Tex-Mex style of food but also the tortilla machine, which he sold to Herman Lay before his Frito-Lay fame.

Served on the rocks or frozen, the “original” is possibly the simplest Margarita you can sample. Still, the straightforwardness of this drink is a subtle nod to El Fenix’s 100-year-old history serving classic Tex-Mex fare. 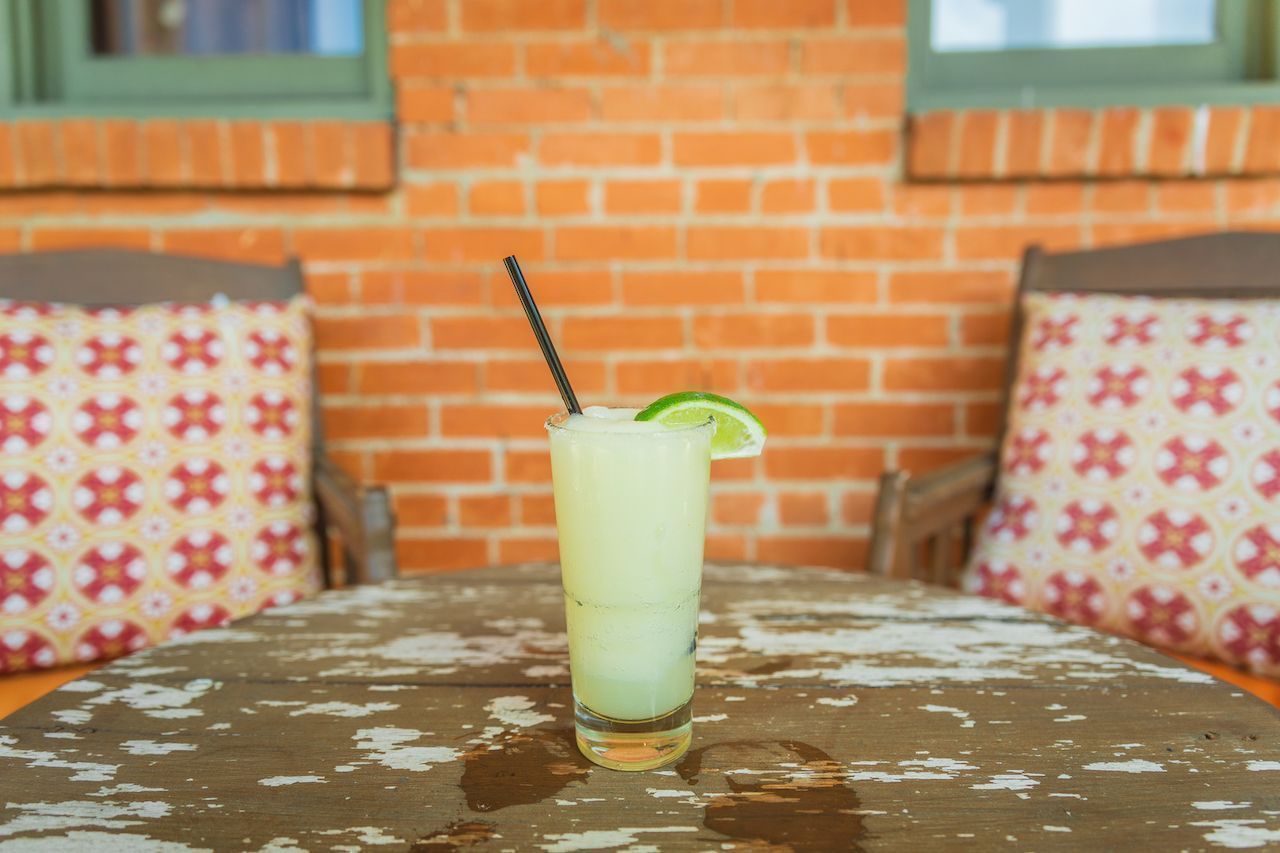 Featuring fresh lime juice, agave, Monte Alban Silver Tequila, and Oaxacan sea salt prepared in-house, the 17th stop on the Margarita Mile has a stellar classic Marg, but for those who adore creative cocktails, the Remolino Swirl also mixes a frozen Margarita with house sangria for a fruity twist.

The best part of Meso Maya is that if you want to cross two locations off of your list at the same time, you can incorporate El Fenix as it is right next door. With two stops completed, you’ll be dubbed a “‘Rita Rookie” and claim a signature Margarita Mile pin as your reward.