In early August, as I was packing my carry-on for a month-long trip to Europe, I was sure I had everything in order for my first international flight since the start of the pandemic. I’d triple-checked the requirements for entering Portugal, where the emergence of the Delta variant had complicated an already fickle travel landscape. I slipped my CDC-issued vaccination card and the negative results of a rapid antigen test taken within 48 hours of my departure into the sleeve of my passport case, completed the passenger locator form issued by the Portuguese government, and dug up an unopened N95 face mask to wear on the plane.

Confident as I was that I’d met all the travel requirements, the nagging fear that I’d missed a step that would prohibit me from boarding my flight crept into mind as I pulled up to San Francisco International Airport. The one scenario I hadn’t considered was that I might have been overprepared.

Expectations versus reality: Flying into and traveling around Europe

When I arrived at my gate, I was asked to sign a statement declaring that I wasn’t experiencing any coronavirus symptoms before entering France, as I would be flying to Lisbon via Paris. Though the form stated that it was to be presented before boarding and again at border control at Charles de Gaulle, I wasn’t asked to flash it or my vaccination card when I arrived. After verbally confirming that I was vaccinated, I was waved through to catch my connection, where the gate agent asked for my vaccination card but not my negative rapid antigen test.

France, unlike Portugal, doesn’t currently require fully vaccinated American travelers to have proof of a negative coronavirus test. Because France was where I entered the European Union, I wasn’t asked to show my negative test results at any point in my outbound travels, nor was the QR code generated by my completed passenger locator form ever scanned.

I was required to produce a negative test to leave Lisbon, however. A few weeks after landing in Portugal, I packed my bags for Montenegro. I flew into Dubrovnik, Croatia, via Amsterdam, rented a car at the airport, and followed the coast south. My vaccination card was requested as proof of health at passport control in both Amsterdam and Dubrovnik, as advertised (either a vaccination card or a negative rapid antigen test is required to enter Croatia). Finding information on the requirements to cross the Montenegrin border by car was more difficult. In the end, my passport was the only documentation needed.

Suffice it to say, the reality of my European travels has not matched my expectations. To complicate matters more, the requirements that were enforced when I was in transit were not the same as those that my part-time travel companions experienced.

A few weeks after I arrived in Lisbon, my friend Peter came to visit. He flew direct from Raleigh, North Carolina, on the Portuguese airline TAP and was required to provide proof of a negative coronavirus test upon arrival, although a second test was not required for him to continue on to Spain the following week. The friends he met in Barcelona that had come directly from the United States didn’t need a negative test, either.

My friend Karin, who I met at Amsterdam Schiphol mid-month, got tested before her departure from San Francisco. Unlike me, Karin was asked to show both a negative test and her vaccination card at the check-in and baggage counter in San Francisco, where I hadn’t stopped because I checked in online and only brought carry-on luggage. She didn’t have to clear passport control in Amsterdam to make our connecting flight to Dubrovnik as I had, and once in Croatia she was similarly asked to flash her vaccination card. Her health declaration form issued by the Dutch government was never collected.

Expectations versus reality: Health and safety measures in Europe 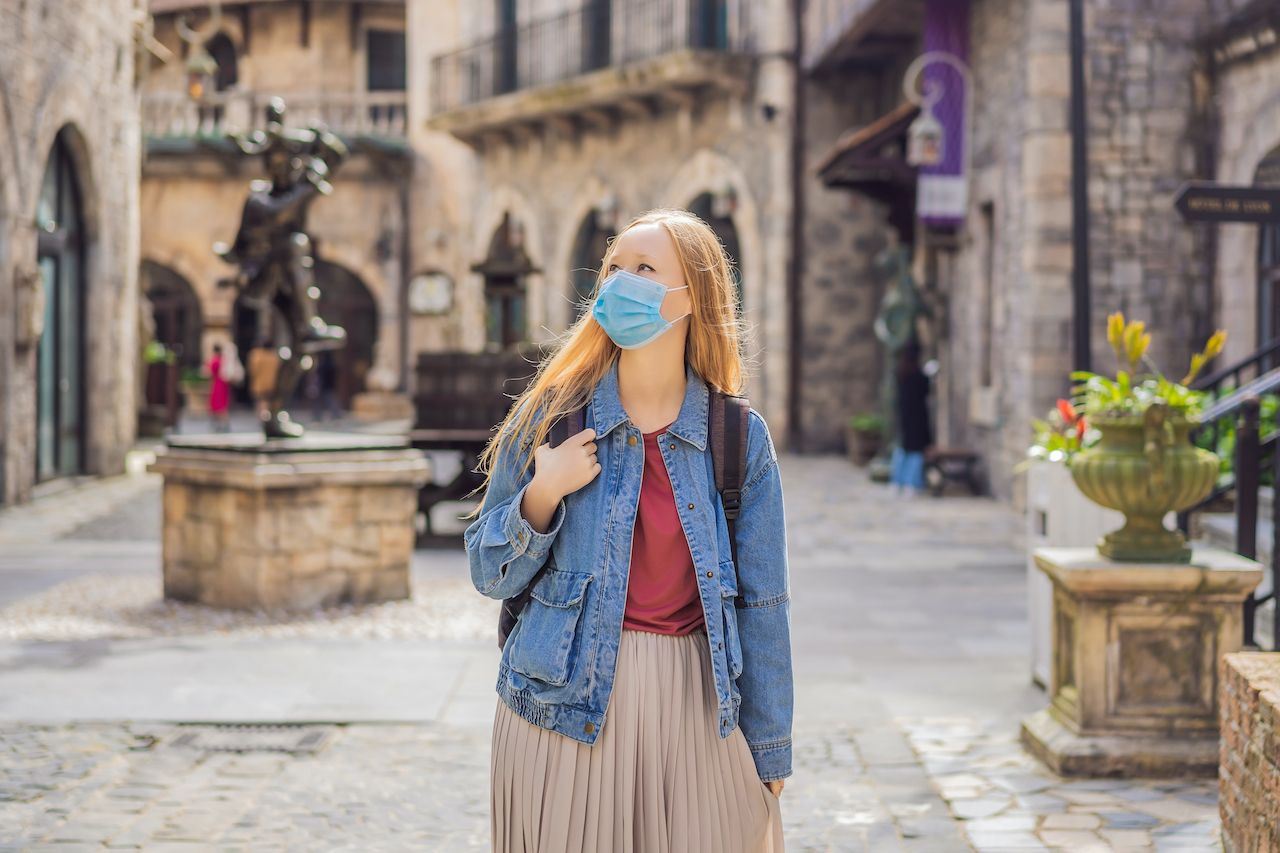 Transit procedures aren’t the only question mark of pandemic-era travel. What to expect on the ground is another consideration, from what the local rules are to how they’re enforced.

In Lisbon, everything I’d read suggested that some people would wear masks outdoors while others wouldn’t, but that masks would be required indoors. This proved to be true. About half of the people I passed on crowded city streets wore masks. From what I could gather, the majority of those who didn’t were tourists.

Masks were also standard in every store I visited. Though I only ate inside at a handful of restaurants, each had its own entry requirements. Most asked for proof of vaccination, though on one occasion the confirmation email from my testing site in California was accepted as verification, while a covered terrace only asked for verbal testimony and a temperature check to dine. Elsewhere, such as the lone bar I patronized, didn’t ask for proof of vaccination.

Testing and proof of vaccination requirements at accommodations were perhaps the biggest surprise I encountered in Portugal. I had read that Airbnb hosts were supposed to confirm that guests had been tested, or direct them to get a fresh test altogether, but mine coordinated self-check-in and asked for no such evidence. In another example, the hotel that Peter and I booked for a weekend trip to Ericeira, a surf town roughly 45 minutes north of Lisbon, had warned us that we would need to show a negative test on arrival. When we got there, vaccination cards were requested instead.

In Montenegro, which the CDC recently classified as a very high-risk destination, masks are uncommon. Aside from our hotel staff and grocery store employees and shoppers, Karin and I were among the only mask-wearers we saw anywhere, indoors or otherwise, from our hotel’s breakfast buffet to the beach. Hand sanitizing stations, on the other hand, are ubiquitous.

What to expect when you’ve arrived at your destination will depend entirely on where you’re traveling. It’s a good idea to err on the side of caution when you’re planning and packing, particularly given how quickly travel rules and restrictions can change.

If you have one, bring your vaccination card, but also take a picture on your phone as a backup or digital alternative. Pack multiple masks. Consider purchasing a few at-home coronavirus tests before your departure, or check if they’re available over the counter in your destination. In Portugal, for example, pharmacies sell at-home test kits for roughly two euros, a fraction of what Peter paid for the tests he brought from California, just in case. Though these tests are not suitable for air travel, they may suffice should an accommodation or indoor venue require you to show proof that you’ve recently tested negative. The tests will also provide peace of mind if you exhibit any symptoms and are concerned about spreading the virus.

Expectations versus reality: Getting a coronavirus test in Europe

So far, the ease of scheduling last-minute coronavirus tests has been a pleasant surprise throughout my European travels. I’d heard horror stories about travelers in Portugal scrambling to make an appointment. Though the first pharmacy in downtown Lisbon that I called prior to my flight to Dubrovnik did not have any availability for four days, the pharmacy in the Martim Moniz neighborhood that I phoned next accepted walk-ins. A rapid antigen test cost 25 euros, there was no one in line when I arrived, and I had my negative results within 10 minutes.

Getting tested in the Tivat, Montenegro, was equally straightforward. Two days before my flight back to Lisbon via Dubrovnik, a Saturday, I lined up outside a MojLab testing center near the marina. Walk-ins were welcome, but there was a wait time of about 40 minutes. I opted for a 15 euro rapid antigen test while Karin, who was continuing on to Iceland, chose to get a 49 euro PCR test. My results were ready within 35 minutes; hers were sent to her email within 24 hours.

Compared to the trouble I faced securing an appointment to get tested in the Bay Area earlier in the month, which can cost 10 times as much for anyone without a health insurance plan that covers elective coronavirus tests, my overall experience getting tested in Europe has been a breeze — and an affordable one at that.