Being an expat in Germany comes with a high standard of living and easy access to many neighboring European countries. The robust economy, lively and affordable cities, and stunning rural countryside have attracted expats from around the world.

Berlin in particular is a popular base. Around one-third of the Belin’s residents are from overseas, and many expats add to this multicultural population. The city is an enriched cultural hub and has attracted creatives and entrepreneurs who take inspiration from the magnificent architecture and artistic offerings.

Although Germany has the reputation for being one of the most organized countries in Europe, uprooting and moving to a new country is always a daunting process. Here, we talk with Yoland Evans, a freelance journalist who is originally from Missouri and has also lived in New Orleans and Los Angeles, as well as spent a lot of time traveling abroad. Evans left the United States in 2014, and has been living overseas ever since — including, as of 2021, Berlin.

What made you consider moving to Berlin? 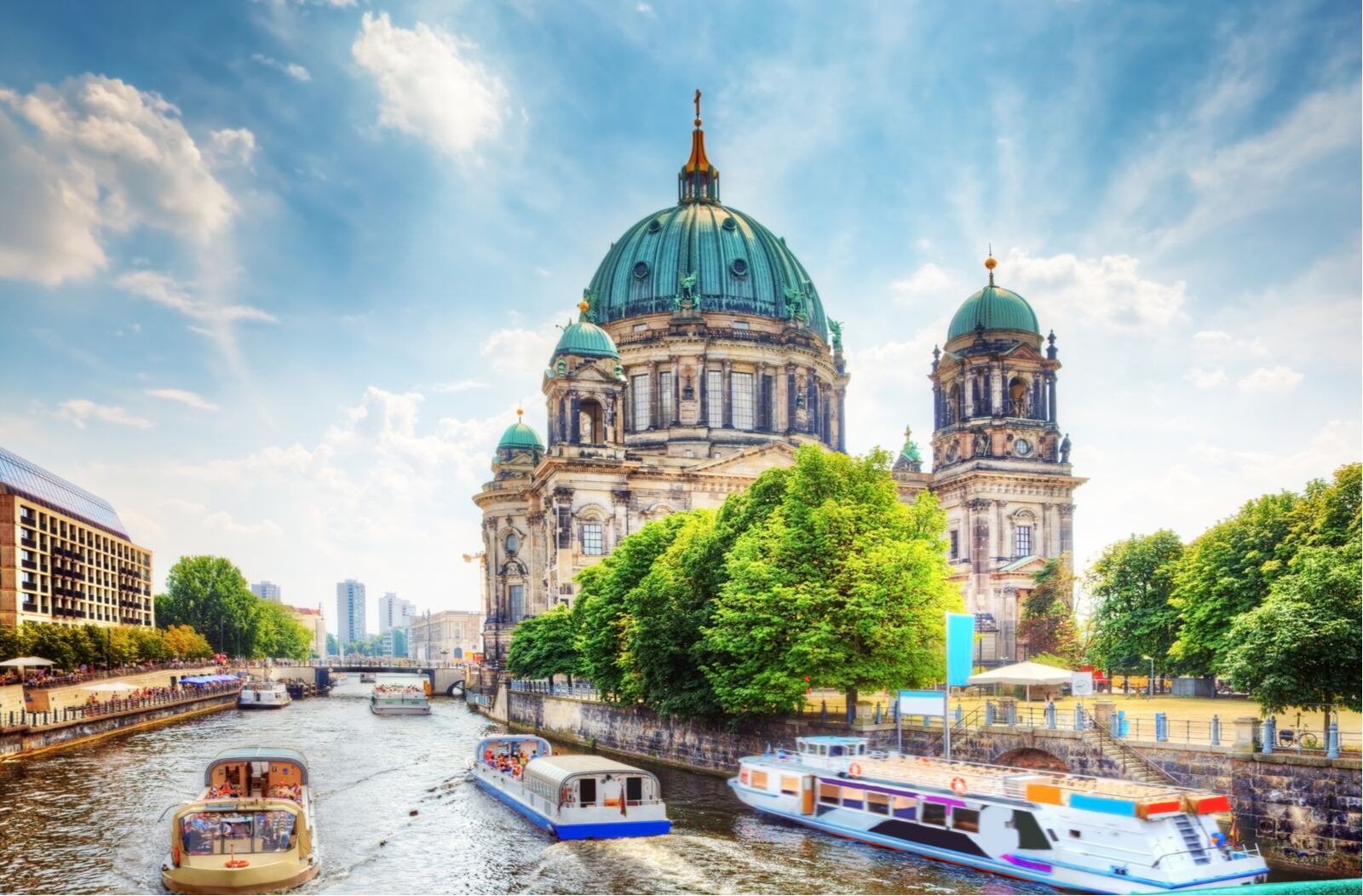 I originally came here in April 2019, but amid applying for my visa I left to do research for an article in Romania. Then the pandemic happened, and all the countries shut their borders to US citizens. I ended up staying in Sighisoara, Romania, and waited it out. It was not until October 2021 that I finally made it back to Berlin.

I moved here because I needed a visa so that I could live in Europe. Also, Berlin is a great home base for me to travel to see friends in the UK and Ireland as well as explore neighboring countries.

Logistics and practicalities of moving

What visa did you have to apply for?

I applied for a freelance visa as an artist.

What are the visa requirements for an expat in Germany and how was the process?

The requirements you need to apply for your visa are pretty simple.

First, you have to be a resident of Berlin, or wherever you are. For that, you need an apartment, which can be hard to find when you first arrive. You need evidence that you have money in your bank account and jobs lined up so you are not a burden on the government. A letter of intent from a German company stating that they plan on hiring you is also required. These letters are key to getting more than a one-year visa. Anyone arriving in Germany also needs to sign up for mandatory medical insurance.

It’s a lot of paperwork to bring for your visa appointment. One of the hardest things is actually securing that appointment, especially if you are doing it last minute or before your 90 days tourist visa is up. I booked mine three months ahead when I was still in The States.

Do you have any general advice for anyone regarding visas?

I would say once you talk to your immigration agent, it’s not as stressful as you might think, as long as you have your paperwork in order.

Everyone has a unique experience when they go to immigration, so just focus on being organized and it should go smoothly. Also, don’t pay anyone to help you as there are loads of expat advice groups on Facebook.

What are the best neighborhoods in Berlin for expats to live? 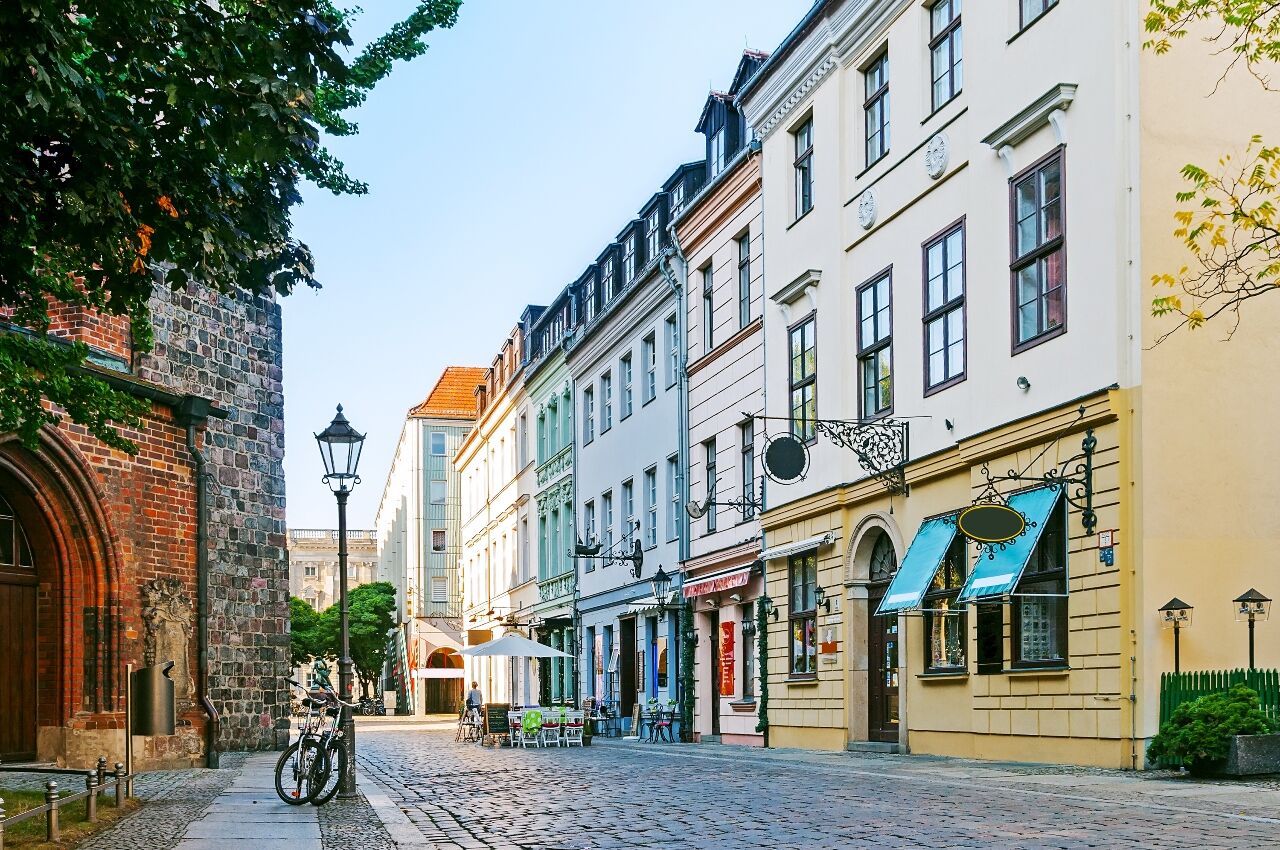 This is a hard question as it all depends on where you want to be and what type of life you want in Berlin. Most people look to neighborhoods such as Neukölln, Kreuzberg, and Friedrichshain, so they can be in the mix.

What is the standard of housing like in Berlin?

It’s time-consuming to find an apartment because everyone is looking, and Germans want to rent to people who will stay long term. Also, young people rarely buy and will rent forever as apartments are a huge financial investment.

I kind of lucked into every flat I ever lived in, as it took me only two weeks. Honestly, everyone is trying to find that magical unicorn of an apartment that has a 30-year or unlimited lease for less than $600. But these are scarce unless someone you know leaves the rental and passes it on to you.

I rented a furnished place from Wunderflat for two months so I could register as a resident. The rent was a little higher than I wanted to pay ($1500), but I was in a time crunch as my visa appointment was in mid-November and I arrived in October. I recommend that you wait until you get in the country as scams are common.

How easily did you find setting up a bank account?

You cannot open a bank account with many German banks without your landlord’s confirmation of residence and registration as a resident of Berlin. I signed up for N26, an online bank, and it was really easy.

What level of salary do you need to live in Berlin?

It depends on your lifestyle as pay can be average and you have rent, high taxes, and expensive health insurance. About $3000 a month will let you lead a very comfortable lifestyle in Berlin. My income is pretty good because I mostly work for US publications. I usually make between $1500 — $2500 a month, but I also have a little savings and I’m fantastic at budgeting.

What is the economic climate like in Berlin? Are there plenty of work opportunities?

Depending on your profession salaries can be low, many jobs require you to speak some German, and competition is high. It can take people months to find a decent job, which is hard if you’ve just moved to the city. I work for myself, so I don’t have to worry about that aspect, but it took a friend of mine a year and a half to find her current job.

What is the cost of living in Berlin compared to the US? 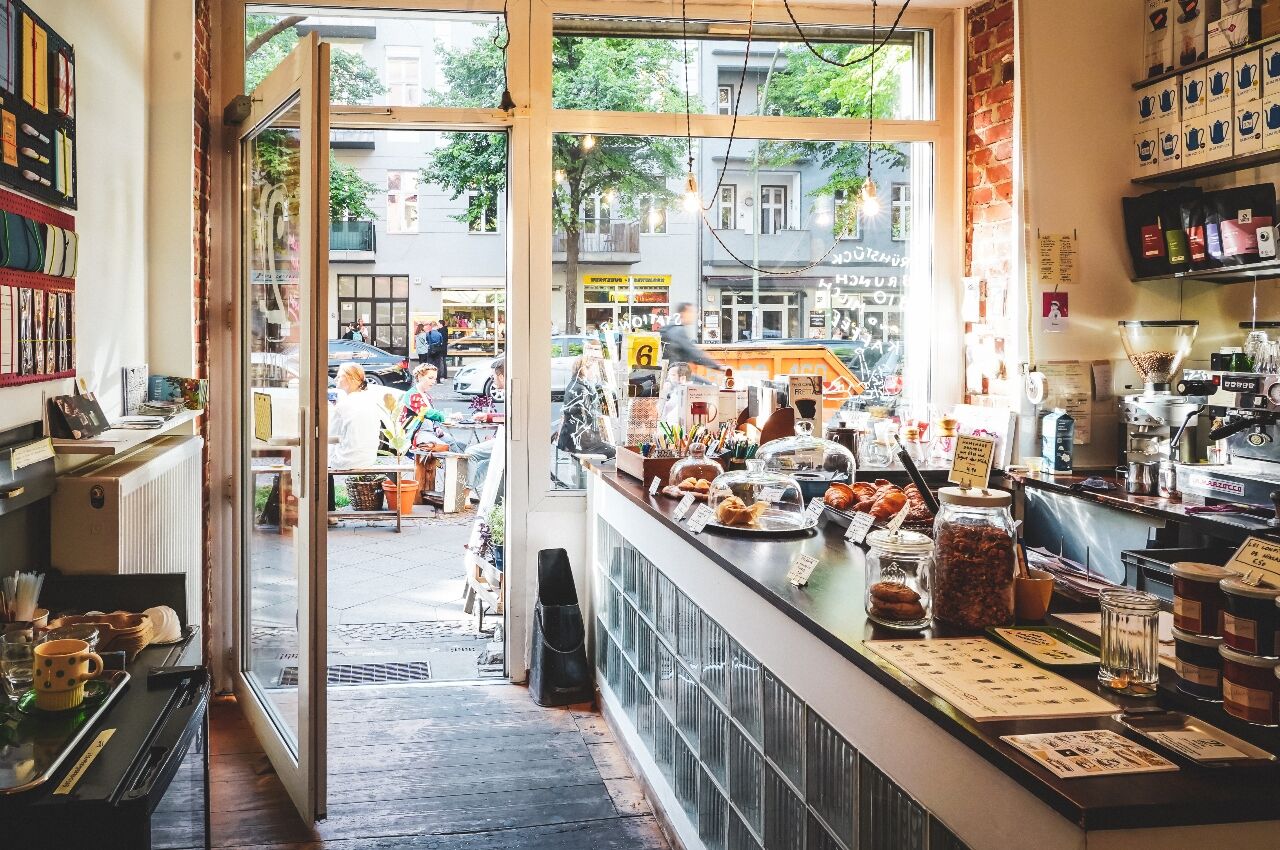 I think Berlin is cheaper than most cities, but people who lived here for years believe that prices have gone up and Berlin is more expensive.

I can’t really compare it to the US as I haven’t lived there for many years, but when I was living in a small town in Ireland, my budget was about $500 a month, including rent. My budget for Berlin is about $1500 a month including rent, insurance, bills, food, and miscellaneous expenses. I have not been out as much because of the pandemic, so this has helped me to save for bigger things like travel.

Does Germany have free healthcare? And how would you rate it?

Healthcare in Germany is definitely cheaper, but it does not cover preventative healthcare such as annual check-ups. You have to pay extra for those. It also takes ages to get appointments and you can’t see a specialist without a recommendation from your doctor. Doctors are very holistic, they will prescribe you anything from tea and ibuprofen. 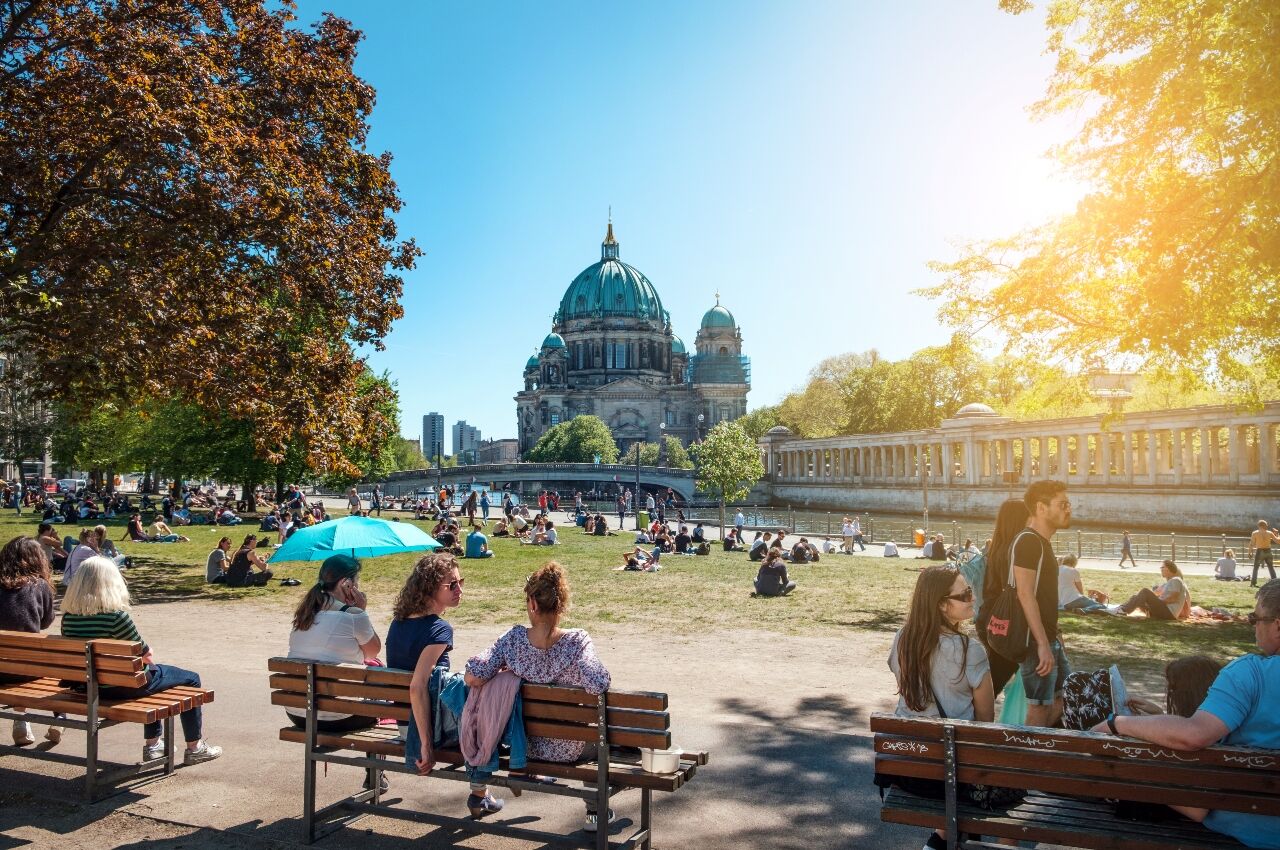 What do you enjoy most about living in Berlin?

I like the community I formed with my friends and the history, but it’s for sure lacking some culture and diversity that I’m used to in the US. I love the cheap beer, but Berlin is really no different from any other city I lived in.

What do you miss from home?

I miss the tasty food because it can be bland here. They have all this seasoning and don’t use any of it on the food. And my family and friendships. I spent more than half my life living abroad, so I miss them a little.

What are the biggest safety concerns facing expats in Germany?

As a Black female, I’ve faced racism and gaslighting. I have found when I call people out on it, they become very xenophobic. I’ve been told I should leave if I don’t like it. It’s also hard to get a flat if you’re Black and I’ve been followed in stores too.

I have met some nice people here. But, I’ve found Germans are hard to get to know, as they want you to do a grand gesture to win their friendship.

Is there any general advice you can offer?

I tell people to visit the city, do research before deciding to move, and don’t take one person’s opinion on what life in the city is like.

Expat LifeWhat It’s Really Like To Live as an Expat in Australia
Tagged
Expat Life Berlin, Germany
What did you think of this story?
Meh
Good
Awesome