Buying cannabis no longer means settling for whatever your connection has on hand. At the best dispensaries in the United States, there are whole books of strain types to choose from. Each has its own description and characteristics, and sometimes the budtenders behind the counter can tell stories about where the cannabis comes from and where it was grown. Some people are even working to get cannabis regions recognized in the same way that wine regions are recognized.

Yet long before the strong, fast-growing hybrid strains that are popular in legal recreational states today ever existed, there were what are known as landrace strains. Landrace is an agricultural term that refers to plants or animals that have specific characteristics due to adapting to a specific region over time. In cannabis, a landrace strain is one with certain flavors, strengths, and growing patterns that make the variety unique.

“In today’s world, everything you’re purchasing is most likely a form of a hybrid phenotype, and the terms indica and sativa are more about describing where the plant originated from,” says Jared Leighty, development manager at Weedmaps. “Indica stems from the modern Latin word for India where that species originated. Sativa stems from the Latin word for cultivated and was grown in equatorial places in Africa and Central and South America. Landrace strains that have never been crossbred are very hard to find.”

From Asia, seeds traveled to Africa, Europe, and, over time, the Americas. The easy growing plant took to these new regions to form distinct attributes, which is why there are landrace strains from around the world. Many of them carry a name inspired by where they’re grown: Afghani from Afghanistan, for example, and Panama Red from Panama.

Today, landrace strains have been selectively bred and interbred to make hybrid strains that have more THC, shorter growing times, or higher yield. These hybrids make up the vast majority of what you’ll find at a dispensary, from Wedding Cake to Kush Mints to the other hybrids that are popular now.

Even when you do find a landrace strain, it’s not quite the same as the original because it was most likely grown in a different environment than where it evolved, so it could show different characteristics. Additionally, just about every modern strain has been tampered with to a certain degree to make it a commercially viable product.

Think of what defines a landrace strain as similar to what defines the terroir in a wine — a sauvignon blanc made with grapes grown in France will taste different than one from New Zealand or California.

“Strains are important for each and every consumer, whether they’ve been buying for years or if they’ve been newly introduced to the plant,” Leighty says. “The best way for consumers to choose their bud is to educate themselves and purchase from a retailer that has engaged and educated staff. Consumers should not only consider what they’re buying but who they’re buying from. An educated budtender is going to embolden the consumer to try out a variety of strains and test them to find their desired effects.”

There’s also more information than ever freely available through resources like Weedmaps’ strain searcher, Wikileaf, and Leafly if you want to fall down an online cannabis strain rabbit hole.

It’s impossible to know just how many landrace strains there are out there thanks to marijuana’s illegal status in much of the world. Those we do know about, however, are the base for some of the most popular strains. Your favorite hybrid strain likely came from a long line of careful artificial selection, but it all started with one or more landrace strains. 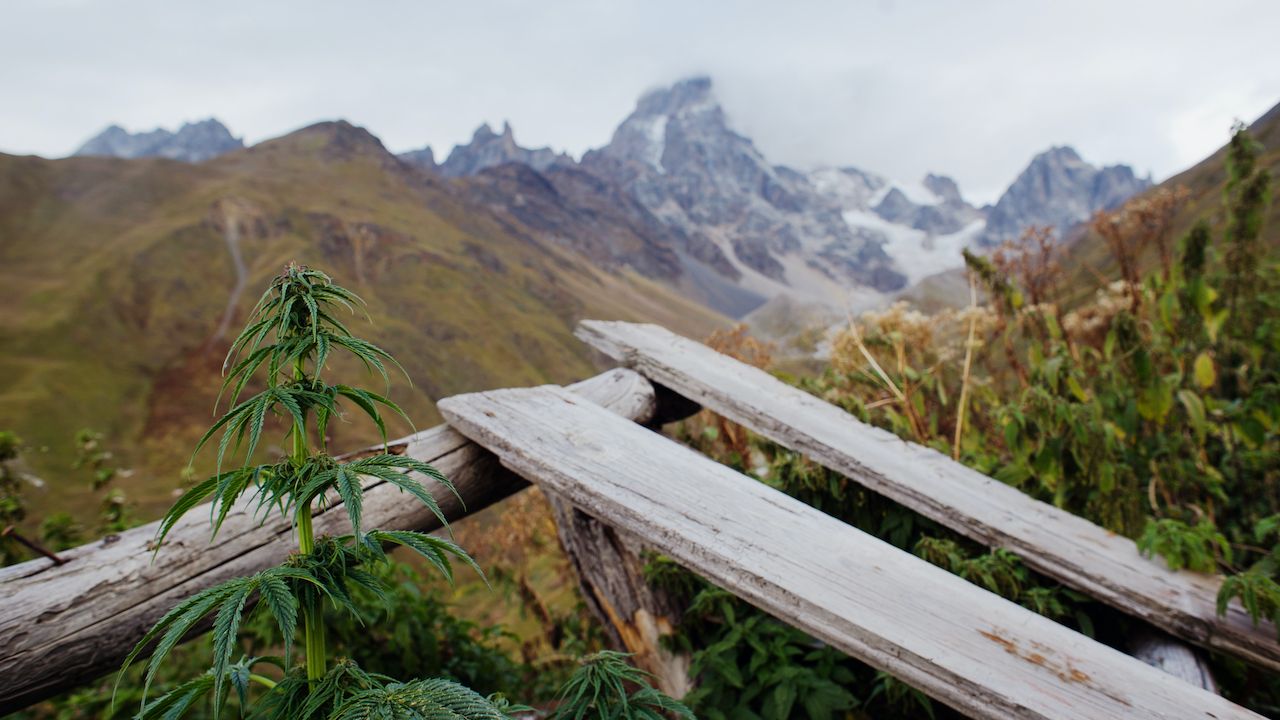 Afghani: A pure indica landrace strain native to the dry mountains of Afghanistan. It’s believed to be one of the oldest varieties cultivated, according to Leafly. It’s difficult to find 100 percent Afghani cannabis, but it’s used in many popular hybrids for its strong relaxing effect and body high. Popular Afghani hybrids: Northern Lights, Amnesia Haze.

Hindu Kush: Another 100 percent indica strain that has a long history of use along the Hindu Kush mountains in what is today Afghanistan and Pakistan. It was brought from its arid home to the US in the 1960s and 1970s, Wikileaf notes, and is typically seen in hybrids (though since “kush” became a catchall for weed, not all strains with kush in the name are derived from Hindu Kush). Popular Hindu Kush hybrids: OG Kush, Purple Kush.

Thai: A sativa strain that comes from Southeast Asia that’s most at home in tropical climates. Another word for the strain is Thai Sticks because it was typically dried by tying the plant to sticks. It’s a strong landrace strain that leads to a fast and powerful, energetic head high. Its strength is one reason why it’s popular for hybrids. Popular Thai hybrids: Haze, Voodoo, Juicy Fruit, Chemdog, AK-47.

Durban Poison: One of the most widely available landrace strains. It gets its name from the large South African port city of Durban. Legend has it that a guy named Ed Rosenthal (who went by “Sam the Skunkman”) brought it from South Africa to the US. Though most commercially grown Durban Poison has a different phenotype than the original landrace, it’s still a popular sativa strain thanks to its energetic, creative high. Popular Durban Poison hybrids: Girl Scout Cookies (or GSC), Cherry Pie, Durban Cookies.

Swazi Gold: A sativa landrace from Eswatini, a small country in southern Africa that was once known as Swaziland. It has a high THC level and gives users a cerebral and creative high. Swazi Gold is hard to find outside of southern Africa and isn’t used for many of the most popular hybrids.

Kilimanjaro: A high-THC, fast-acting sativa from the southeastern region of Kenya near Mount Kilimanjaro. Some say it gives an energetic vibe and head high, though it isn’t as popular or available in the US as other landrace strains and landrace hybrids are.

Landrace cannabis from the Americas

Acapulco Gold: One of the most famous landrace strains from the Americas. Acapulco Gold (also sometimes called Mexican Sativa) comes from Mexico and was one of the original high-THC strains available to people in the US. It was extremely popular for this reason, which led to it being overproduced and watered down in the ‘70s, according to a New York magazine story from the time. Still, High Times named it one of the 25 greatest strains of all time in 2014, both as a solo strain and because of its influence on its hybrids. Popular Acapulco Gold hybrids: Skunk No. 1, Thor’s Hammer, Blueberry.

Panama Red: A medium-level THC sativa strain originally from Panama. It had a burst of popularity in the 1960s, but its relatively long growing time put it at a disadvantage to other sativa strains that grew fast and have more THC. Popular Panama Red hybrids: Pan Jam.

Colombian Gold: This sativa brings euphoria without knocking a user out and comes from Colombia’s Santa Marta Mountains (fittingly, it’s sometimes called Santa Marta). It’s perhaps most famous for its role, along with Acapulco Gold and Afghani, in developing the ultra-popular Skunk hybrids. Popular Colombian Gold hybrids: Skunk No. 1, Harlequin.

Cannabis ruderalis: Technically this isn’t a strain but instead falls into a similar category along with indica and sativa. It hails from Eastern Europe and Siberia and is a small and fast-growing plant, though it has lower THC levels. What makes it special is that the plant flowers automatically instead of flowering based on the amount of light it receives. This both helps it survive in regions with super short growing seasons and makes it an attractive hybrid for growers who want a reliably flowering plant.

CannabisEverything To Know Before Going To a State With Recreational Marijuana
Tagged
Cannabis
What did you think of this story?
Meh
Good
Awesome