Chicago is a beautiful city with towering buildings, world-class architecture, and iconic bridges and elevated train lines. But it also has a gritty, industrial past that gives it a darker sort of beauty. Due to this landscape, it’s no surprise that the city has long been a favorite backdrop for filmmakers. Whether you’re a local or planning a trip, a great way to get a new perspective on the Second City is to view it through someone else’s lens. Here’s our list of the top 11 best films set in Chicago (well, and Gotham City) to inspire your visit. 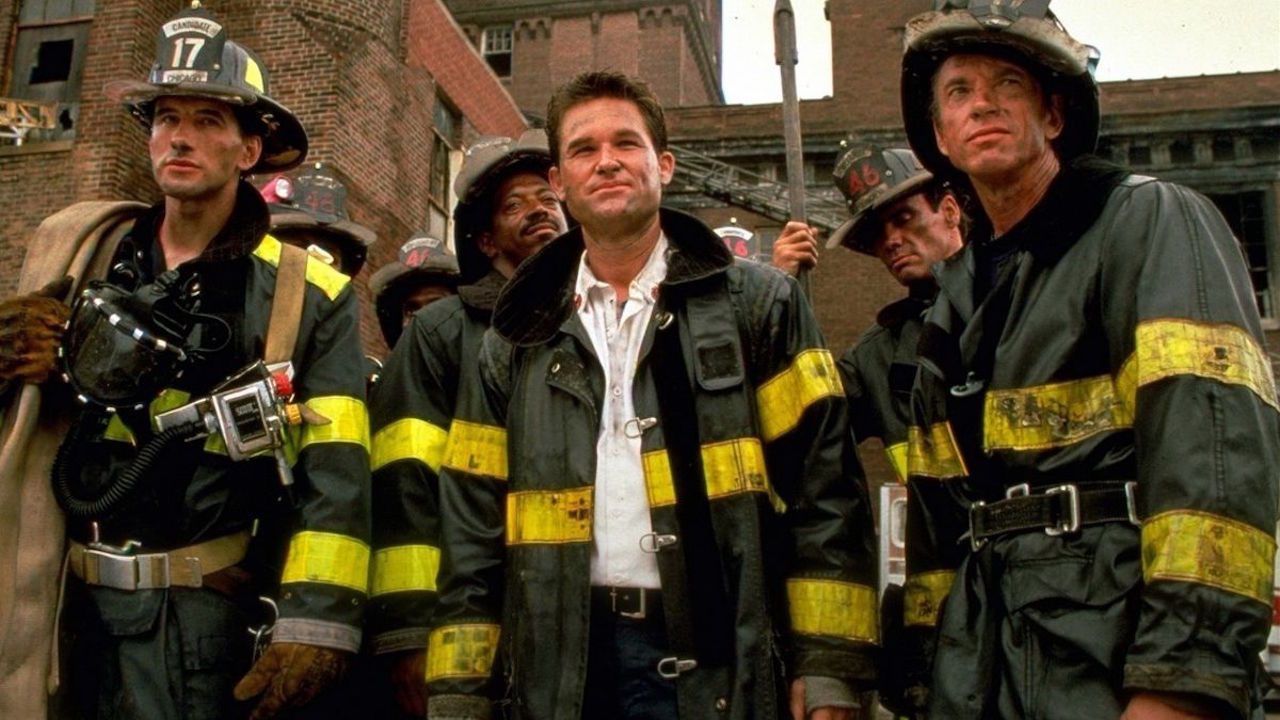 The best firefighter thriller ever made was set in Chicago, and they really went all out with getting locations around the city. It’s far from a perfect film, but it’s pretty damn good and definitely worth watching. While a bit heavy-handed at times, it does capture some of the blue collar spirit of Chicago, as well as the political culture and corruption.

The 1980 musical-comedy The Blues Brothers might be the most Chicago movie on this list. The film features more shots of Chicago locations, both iconic and obscure, than you can even count. Musical cameos by the legendary likes of James Brown, Cab Calloway, Aretha Franklin, Ray Charles, and John Lee Hooker alone would make the movie worth seeing even if it wasn’t such a classic. The final police chase scene all around Chicago and through downtown is legendary and made it one of the most expensive comedies ever filmed. 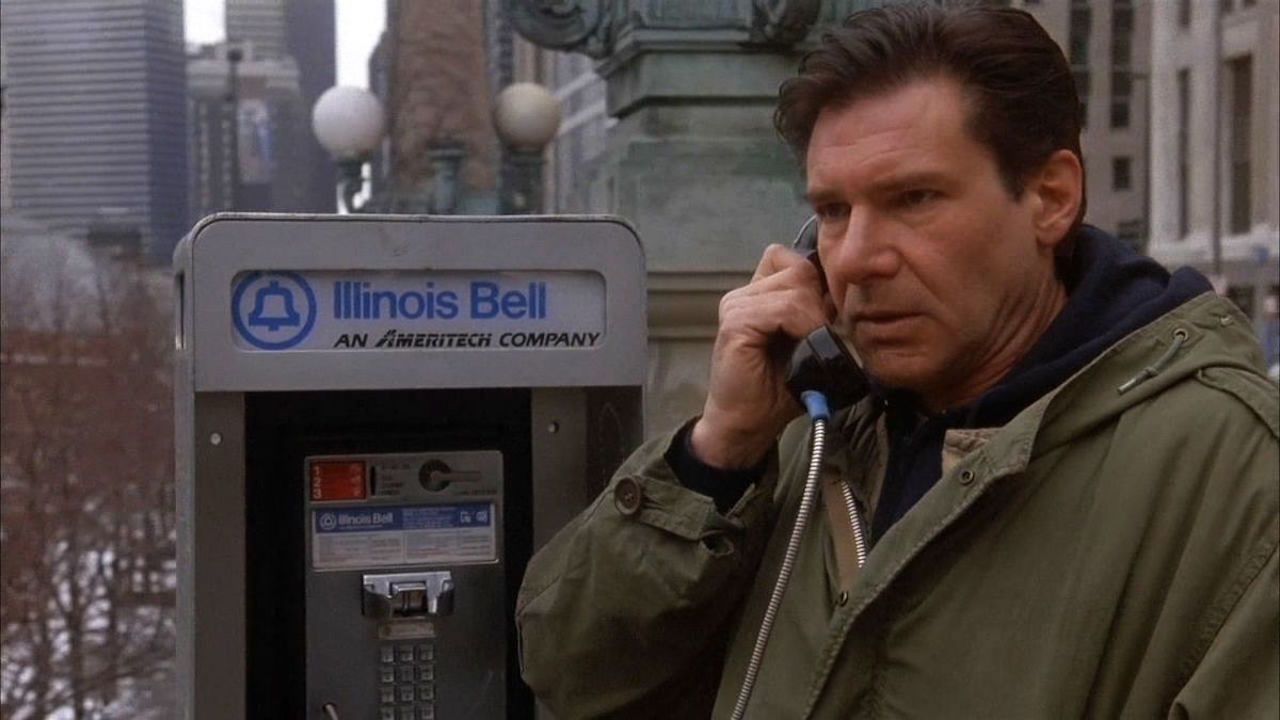 This story of a wrongly accused man on the run and trying to prove his innocence uses Chicago as a backdrop to great effect. The climax of the film is a chase scene through the famous Chicago St. Patrick’s Day Parade where you see the traditional dyeing green of the river. There is also a shot of then-Mayor Richard M. Daley. As a suspenseful action movie, this film delivers with a fast pace and some intelligent writing. As a Chicago film, it gives a real feel of the city.

There are quite a few great documentaries set in Chicago but none that can touch the masterpiece that is Hoop Dreams. Shot over five years in the mid-90s, the film follows two African-American teenagers on the Southside of Chicago as they work toward their dream of becoming basketball stars. The film documents not only the lives of the two protagonists but also of life on the Southside in a way that outsiders normally would never find. The film holds up just as well today, over two decades later. 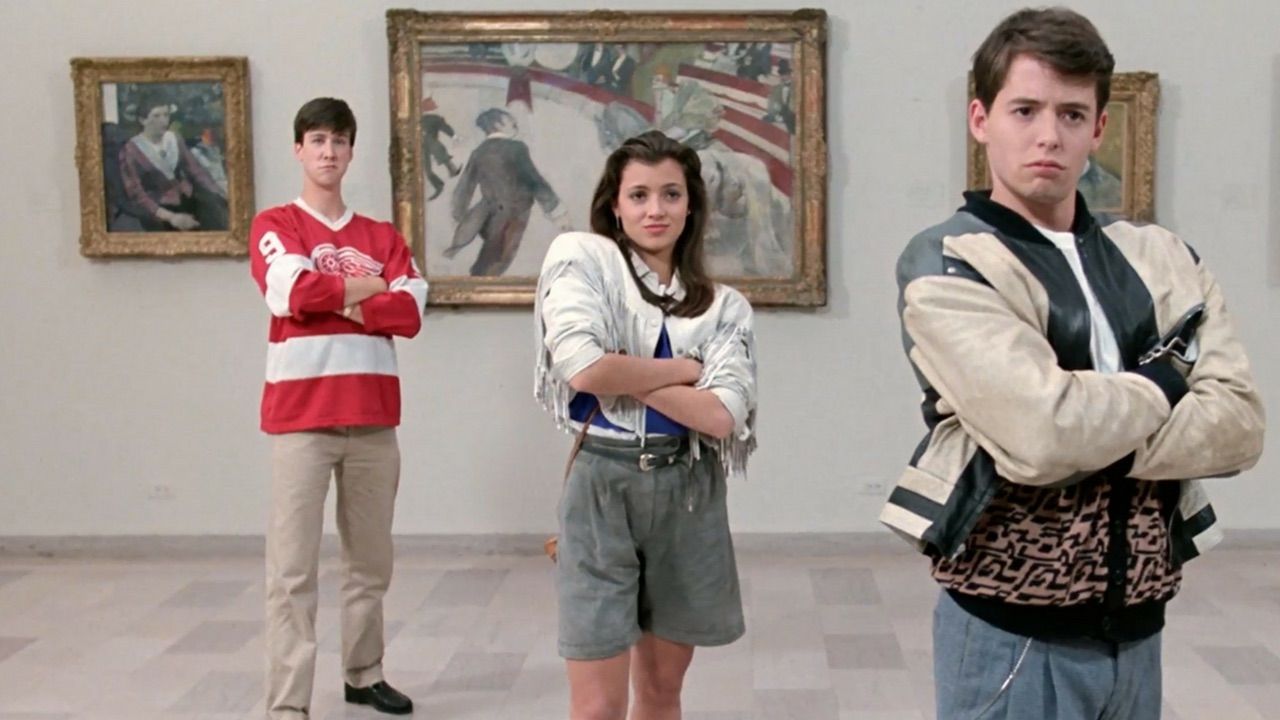 A contender for best-known Chicago movie, this John Hughes ‘80s comedy about an uber-charismatic teen who skips school with his girlfriend and best friend has some truly iconic Chicago shots. Some of the most memorable scenes feature the Art Institute of Chicago and a Cubs game at Wrigley Field. This is a great film and especially one to see if you’re getting ready for a trip to Chicago.

This rom-com featuring Chicago-native Vince Vaughn has a lot of ties to Chicago, which is no accident. Vaughn and the writer, another Chicagoan, insisted on it. The movie uses iconic locations like Wrigley Field; The Riviera concert venue, which they correctly refer to as “The Riv”; and the Pilsen neighborhood tavern Skylark. Certain characters’ last names, such as Grabowski and Riggleman, are even little inside jokes that only Chicago sports fans will understand. 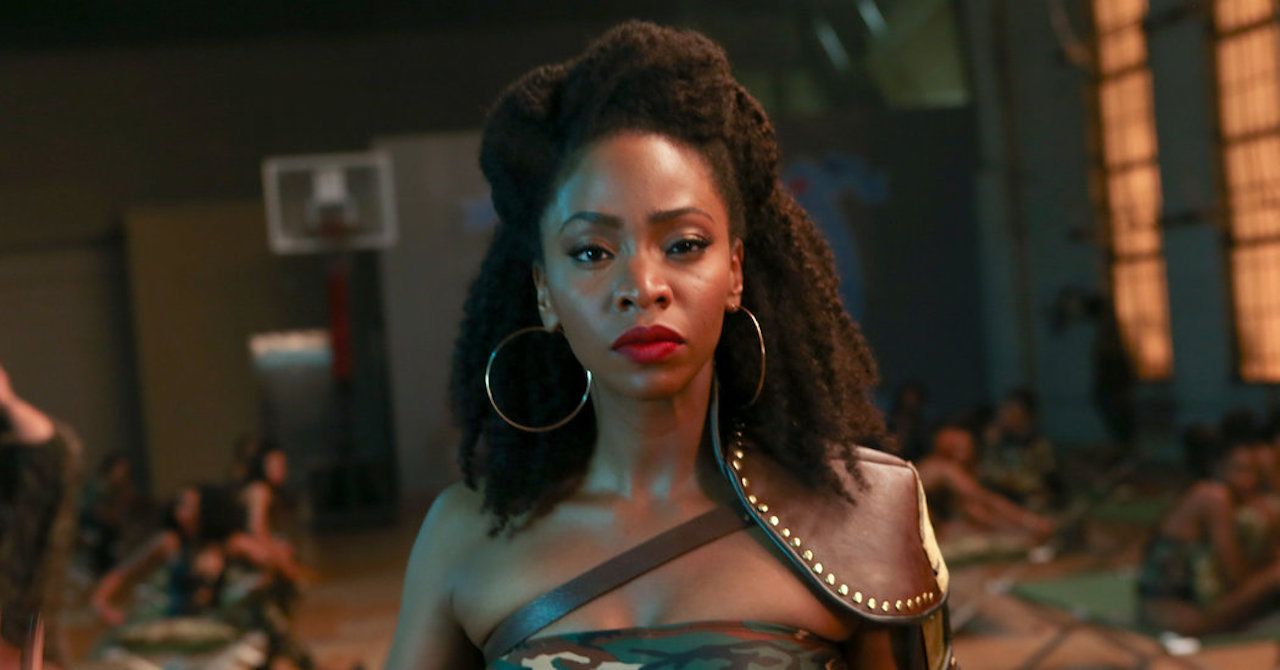 Chi-Raq is a play on “Iraq” and is sometimes used as a nickname for Chicago due to the unfortunate violence that is common in certain neighborhoods. It’s also an excellent film by legendary director Spike Lee set in the city. Based on the ancient Greek play “Lysistrata” by Aristophanes, the film follows a group of women organizing against violence after a child is killed by a stray bullet. It’s frenetic and disjointed at times, but it’s absolutely worth watching to see a side of the city that is too often portrayed through a one-dimensional lens.

There sure were some great films made in Chicago during the ‘80s, and one of the best that doesn’t get its due is Adventures in Babysitting. It’s hard to remember now, but there was a time when riding the trains was dangerous and downtown was actually a bad neighborhood. This film will take you back to that era, albeit in a comedic way. The climax of the movie on the sloped roof of the Crain Communications Building is a classic scene. 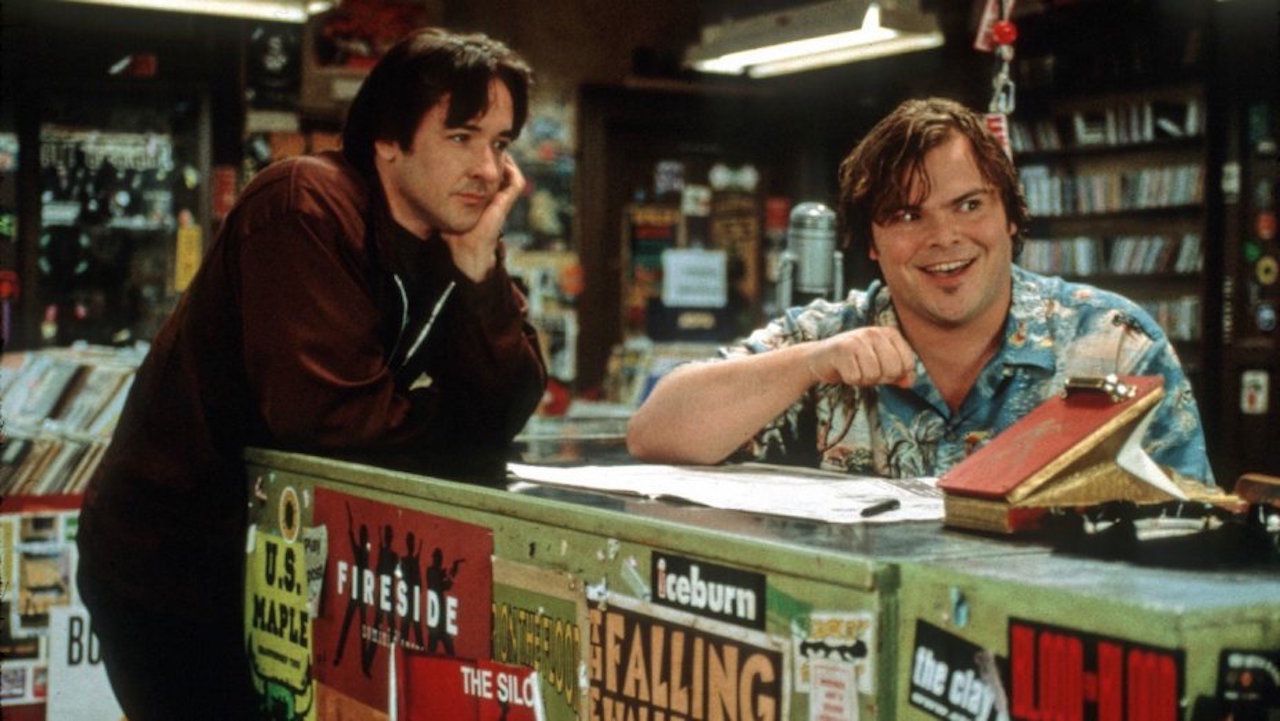 Way, way back in the year 2000, Wicker Park was still a somewhat edgy Chicago neighborhood with artistic cache and with people who still shopped at record stores. That’s the setting for this great film starring Chicagoan John Cusack. It showcases Chicago without relying only on famous landmarks, and it captures a snapshot of the city at a moment in time when Chicago was undergoing big changes.

The best horror film set in Chicago is one that holds up surprisingly well, even more than 25 years on. While the Cabrini Green Housing Projects where this film is set have long been demolished, some of the racial tensions examined in the movie persist. Beyond that, though, it’s just a great movie that follows an urban legend to terrifying places. 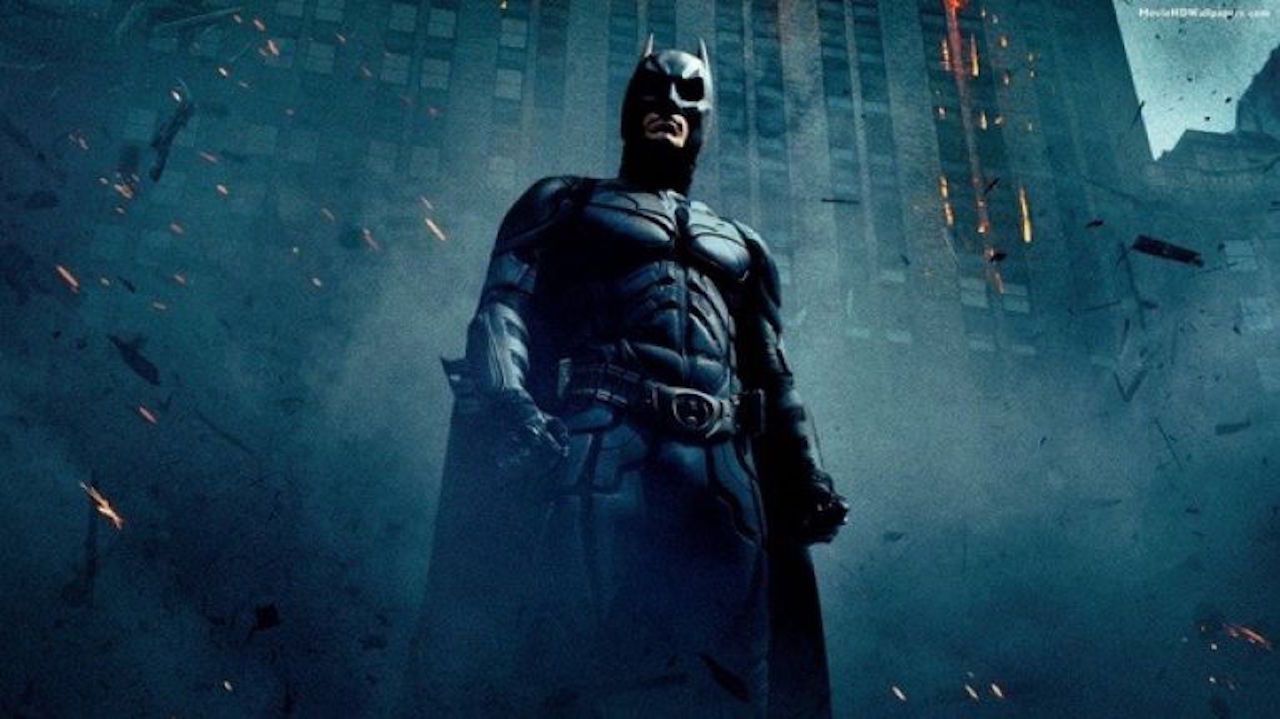 Batman’s fictitious Gotham City is mostly based off New York City, but to really capture the grit and grime of Gotham, director Christopher Nolan turned to the Windy City. The result is a great film, arguably the best superhero film of all. Chicago is rendered into a surrealistic city that is at once bleak and futuristic but still recognizable. The chase scene shot on Lower Wacker Drive along the river is as iconic of a Chicago film scene as you’ll find.

Vegetarian8 Best Vegetarian and Vegan Places To Eat at in Chicago
Tagged
Entertainment Movies Insider Guides Chicago, IL, United States
What did you think of this story?
Meh
Good
Awesome