If you’ve only ever ordered a filet of fish because tiny bones or beady eyes freak you out, you are seriously missing out on one of the tastiest, most delicate parts of the fish: the head. Cheeks are lined with tender meat, the skull is filled with emollient fat, and well-cooked cartilage is brittle and crispy. An elaborately prepared fish head dish makes a grand centerpiece on the dinner table.

The case can also be made for eating fish heads from a nutritional and environmental perspective. The bones, flesh, and fat on fish heads contain high levels of vitamins, healthy fatty acids, and minerals. Consuming fish heads also benefits the environment by reducing waste and pollution from fish processing facilities. Take some inspiration from these cuisines from around the world. 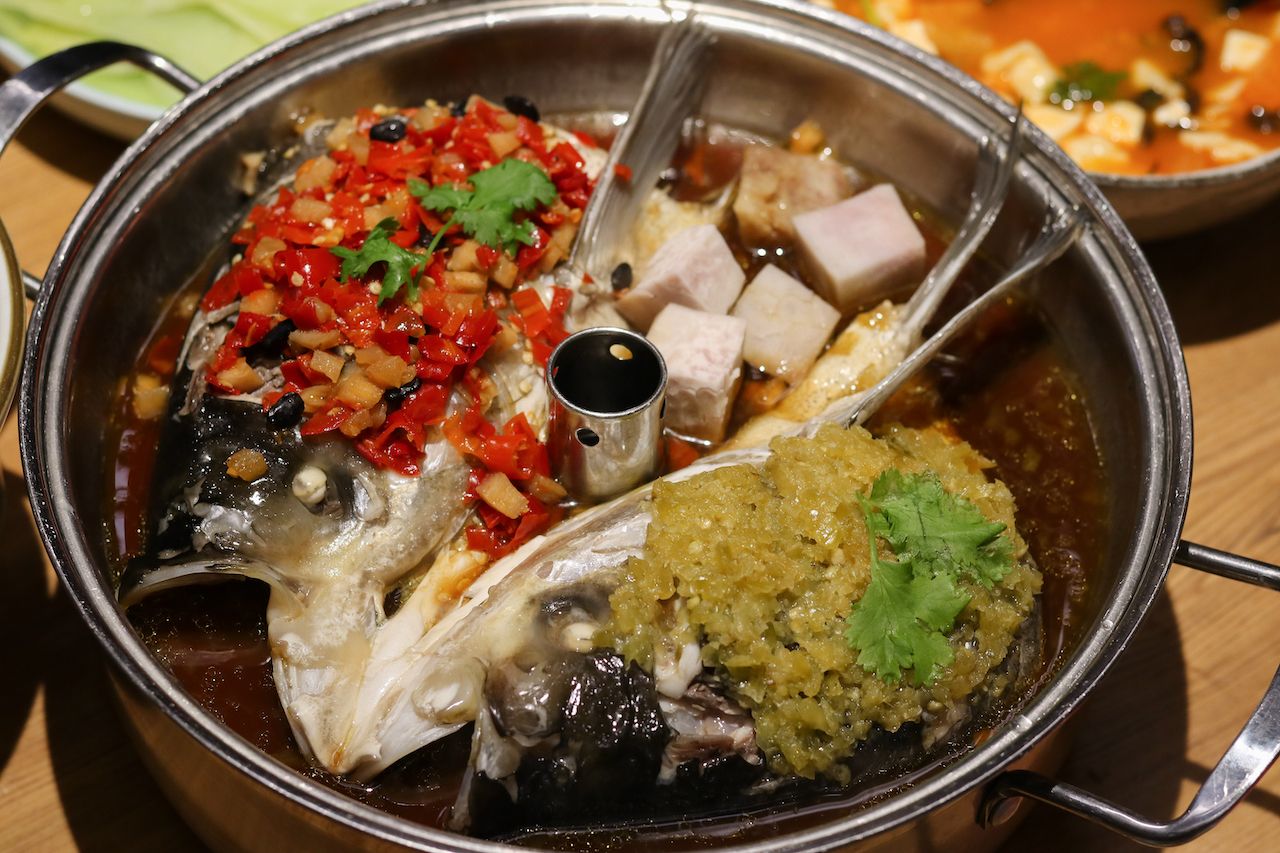 Fish heads are relished in many regional cuisines in China. The preparation methods vary widely depending on local food preferences and agricultural practices. On the southeast coast, for example, the meaty head of silver carp, a mildly sweet freshwater fish abundant in this area’s river network, is braised in a clay pot with tofu and bean noodles with very light seasoning to preserve the original flavor of the fish (called yú tóu dòufu bāo, 鱼头豆腐煲, or fish head and tofu stew). It’s a festive dish. People take their time to pick at the soft meat, chew the brittle bone, sip the oozy fat, and slurp the porous tofu and gelatinous bean noodles.

Even in drier inland areas, fish heads are popular. In the central province of Hunan, where people dread non-spicy food, butterflied whole fish heads are steamed with chopped chili and fermented soybeans (duò jiāo yú tóu, 剁椒鱼头, or fish head in chopped chili). The hot, crunchy vinegar-pickled chili gives your palate a heated kick, and the fermented bean adds an earthy savoriness to the dish. In northern China, the head of a more boldly flavored carp is braised in a richly spiced soy sauce (yú tóu pào bǐng, 鱼头泡饼, or fish head and flatbread). People tear a square off a piece of freshly baked flatbread, soak it in the collagen-infused sauce, and make sure they don’t waste anything on their plate. 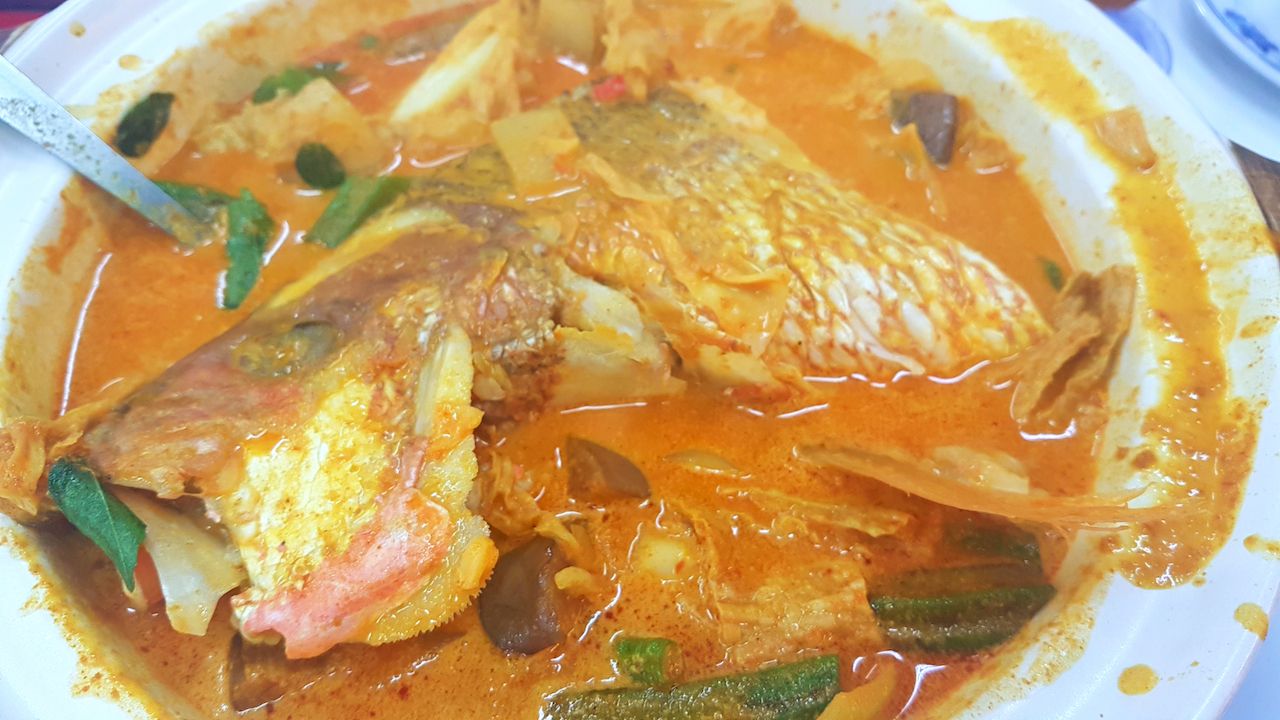 Bangladesh and the Indian state of West Bengal lie at the heart of the Ganges Delta, where fish is an essential part of the local diet. A much-loved dish there is muri ghonto (fish head curry), which is essentially fish head stewed with mixed vegetables and rice in a light curry.

The dish has several regional variations (and home cooks all swear by their own recipes), but muri ghonto is not a complicated dish to make. Meaty heads of rohu or katla (both similar to carp) are broken into large chunks; sauteed with aromatic spices like garlic, ginger, and turmeric; and simmered with rice and mashed vegetables until the bones are easily breakable. It has a balanced taste. The rice fully absorbs the juice and collagen released from the bones, and the spices brighten up the mildly sweet flesh without overpowering the delicate flavors. 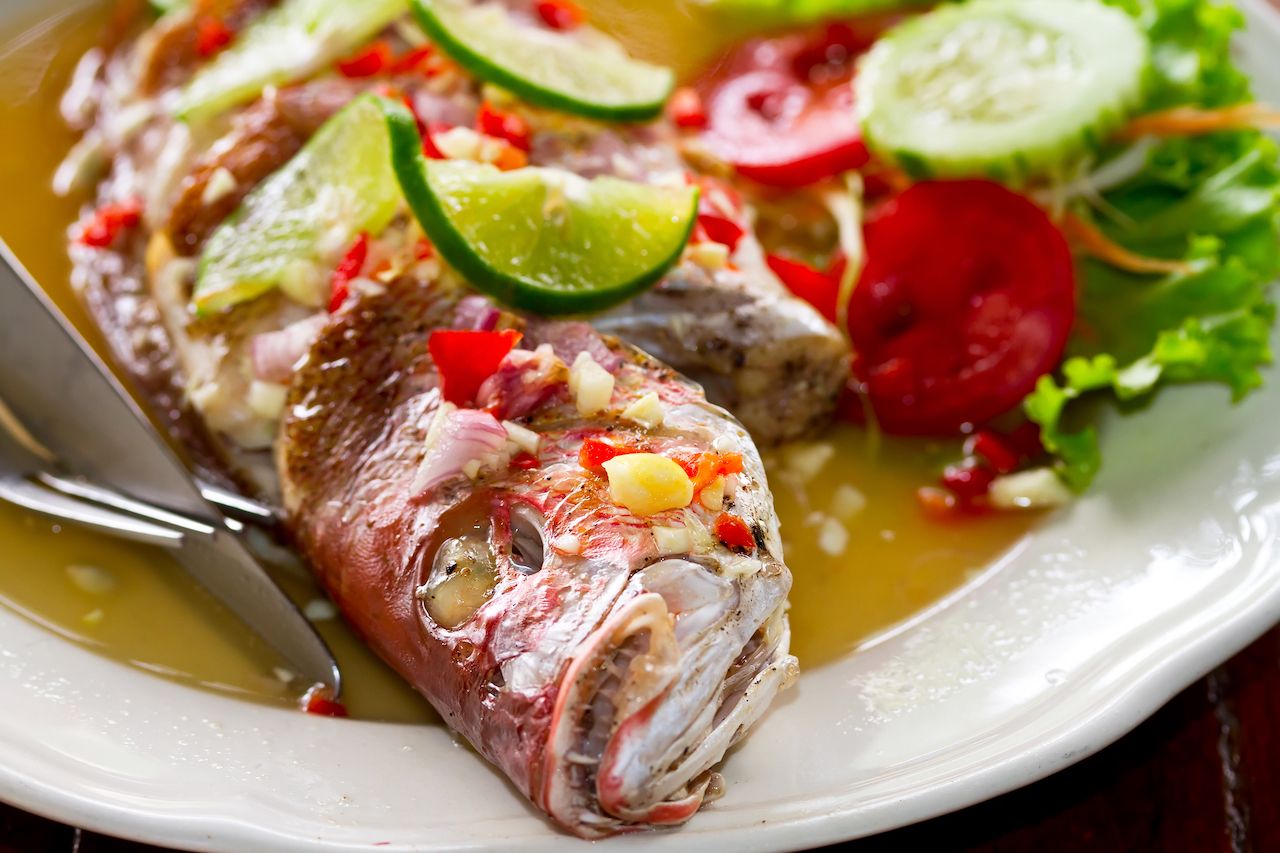 Fish head curry, eaten widely throughout Southeast Asia, is especially popular in the fertile southern Indian state of Kerala, where it’s known as meen curry. The generic word “curry” doesn’t reflect the variety of local ingredients used for the recipe, as is typical with the best curries from around the world. Tamarind juice is added to give the dish a sweet-tangy note. And coconut milk, ubiquitous in Keralan food, balances the heat from the spices. The head of red snapper is stewed in this heady concoction with okra and eggplant, also common in local cuisine. The taste is brighter than the creamy curries in northern India, but richer than the Bengali fish head curry due to the addition of coconut milk.

Merchants and immigrants brought this fish head curry to neighboring Malaysia, Singapore, and Thailand, where locals created their own versions. In Thailand, for example, a few drops of fish sauce are added to lend the broth of tom hua pa (fish head soup) a pungent, umami-loaded depth. 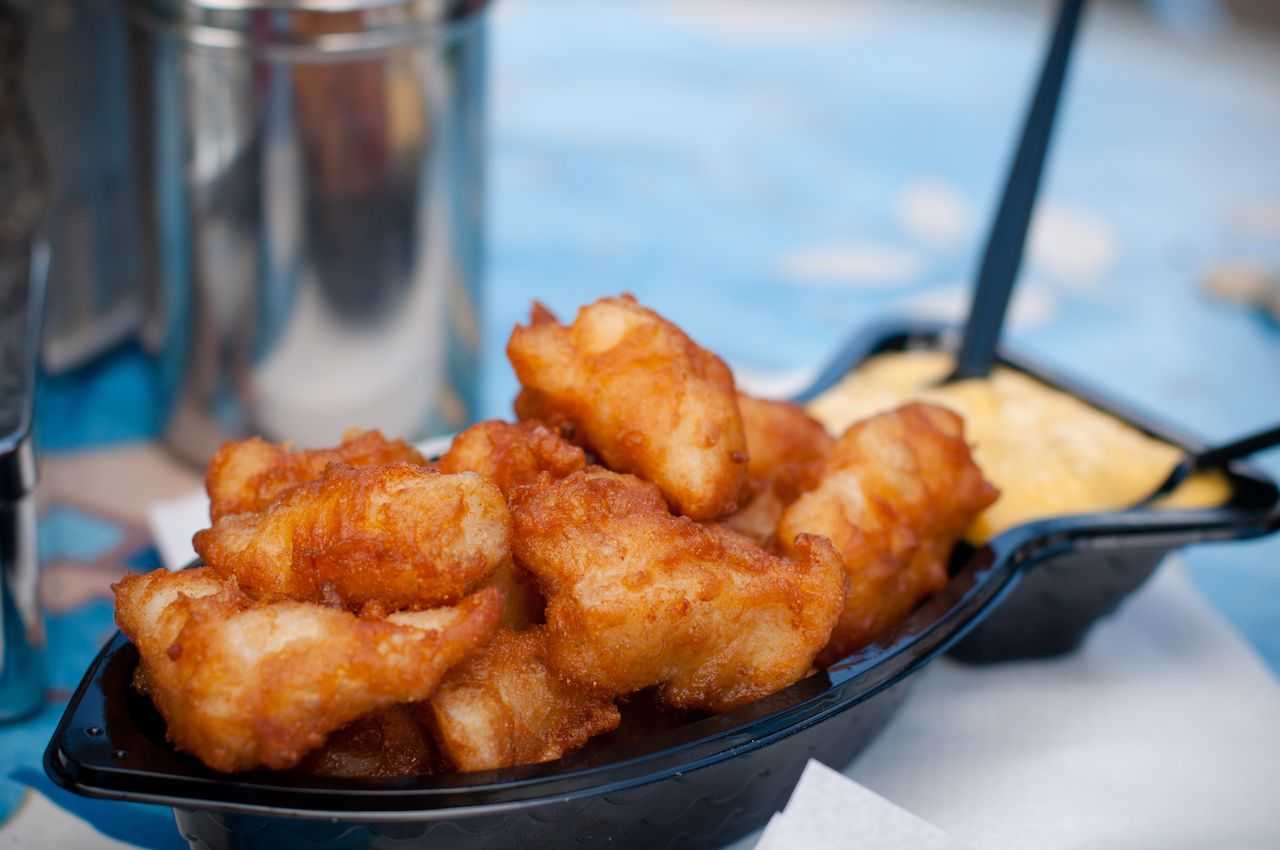 Some European countries also have a tradition of eating fish heads. In Portugal, whole fish heads, known as cabeça de peixe, are braised, grilled, or made into a spread. The Portuguese fondness for fish heads also profoundly influenced the food traditions in its former colonies. On India’s Goa coast, for example, Portuguese fish head soup seasoned with turmeric and coriander is regularly made in homes and restaurants.

The meaty parts on fish heads are relished in some northern European countries. In the Netherlands, a popular snack called kibbeling got its name from the Dutch word kabeljauwwang (cod cheek). Cod cheeks (other parts of the fish are common as well now) are dredged in a well-seasoned batter and fried in large quantities of oil, lending a crispy texture and buttery note to the lean flesh, and then it’s smeared with garlicky mayonnaise or tangy tartar sauce.

In Norway, slabs of cod tongues (more accurately, a muscle in the throat) are sold in fish markets. Home cooks coat them lightly with salt and pepper and sear them in sizzling butter. These simple but hearty fish head dishes attest to the long fishing traditions in these countries.

Food + DrinkIt’s Not Christmas in Mousehole Without This Fish Head Pie
Tagged
Food + Drink
What did you think of this story?
Meh
Good
Awesome