Travelers know that the journey is the destination, but as airlines continue to cramp passengers into smaller seats and more and more people opt to travel, at times, the journey can be downright miserable. If you’re over it, consider heading to places where getting there is half the fun — a memorable and enjoyable part of the travel experience. Oversold flights and view-less middle seats are foreign to destinations where you arrive not by traditional means but by float planes.

Also called seaplanes, float planes seldom have more than a few seats — think 20 or less — and typically provide killer views as you fly low to wherever you’re headed. When they’re a regular route rather than a private charter, float plane rides can be affordable and double up as a tour unto themselves. Float planes enable quick and easy access to remote places, let passengers island hop with ease, and even provide door-to-door delivery at waterfront resorts. Below are nine places you can (and should) travel to by float plane. 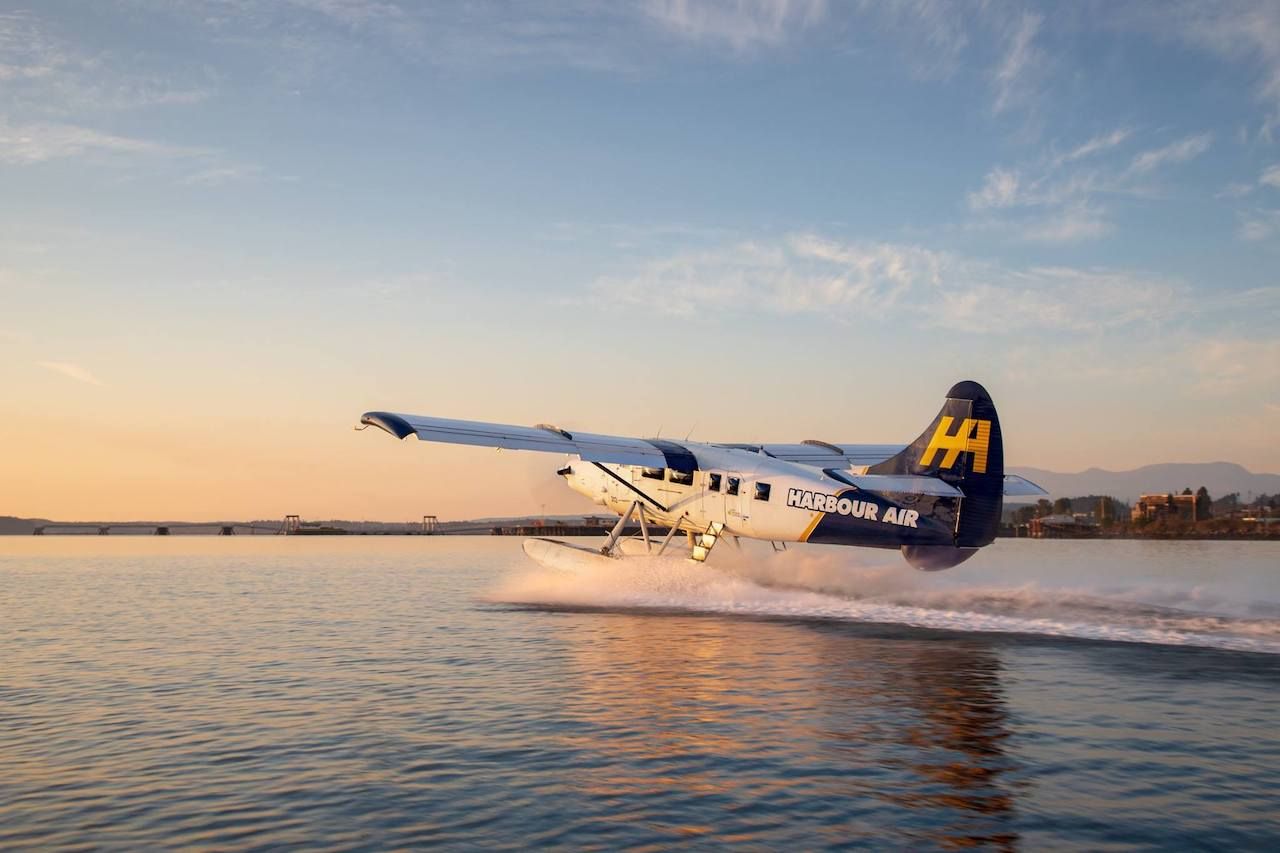 A seaplane flight from downtown Vancouver to its surrounding islands will afford passengers stunning views of mountains, lakes, thick green forests, and glistening city centers. Harbour Air, the world’s largest seaplane airline, flies to Vancouver Island and various destinations in the area including places like Whistler, Richmond, Salt Spring Island, and Sechelt. The airline offers both regular, pre-scheduled flights and private chartered tours to show off some of the most scenic vistas of British Columbia. 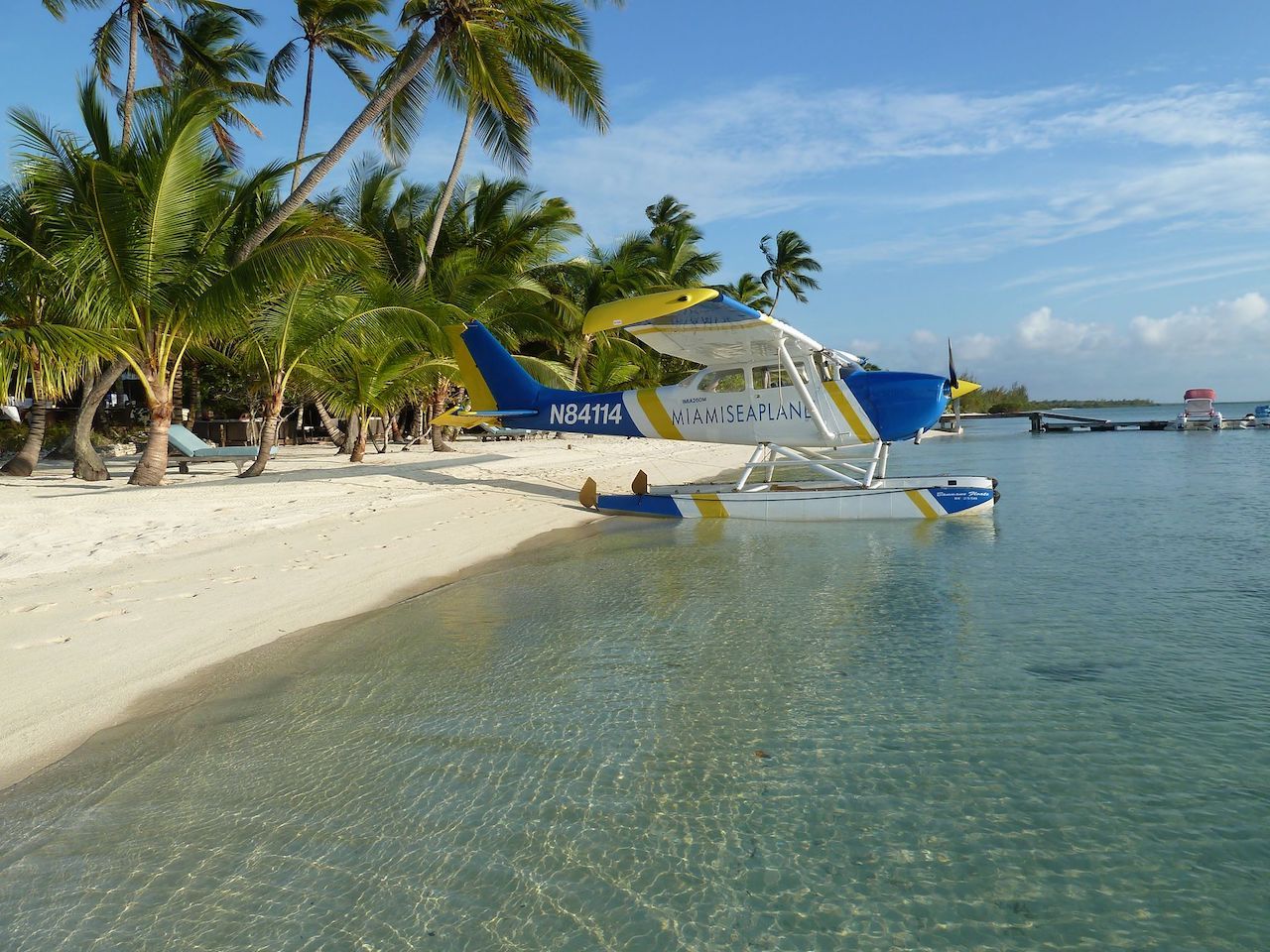 Few places could offer better views from a float plane than Florida. The most tropical of the continental United States, Florida is a peninsula encased by thousands of miles of coastline, with the Gulf of Mexico on one side and the Atlantic Ocean on the other.

Travelers who want to be treated to the sight of beaches from above can take Staniel Air from South Florida to the Exumas or to Bungalows Key Largo. Alternatively, Miami Seaplane Tours offers tours around Miami or trips to Key West, Bimini, or Biscayne National Park in the Keys. For an inland adventure, check out Jones Brothers Air & Seaplane Adventures for flights over chains of lakes in the central Florida area. 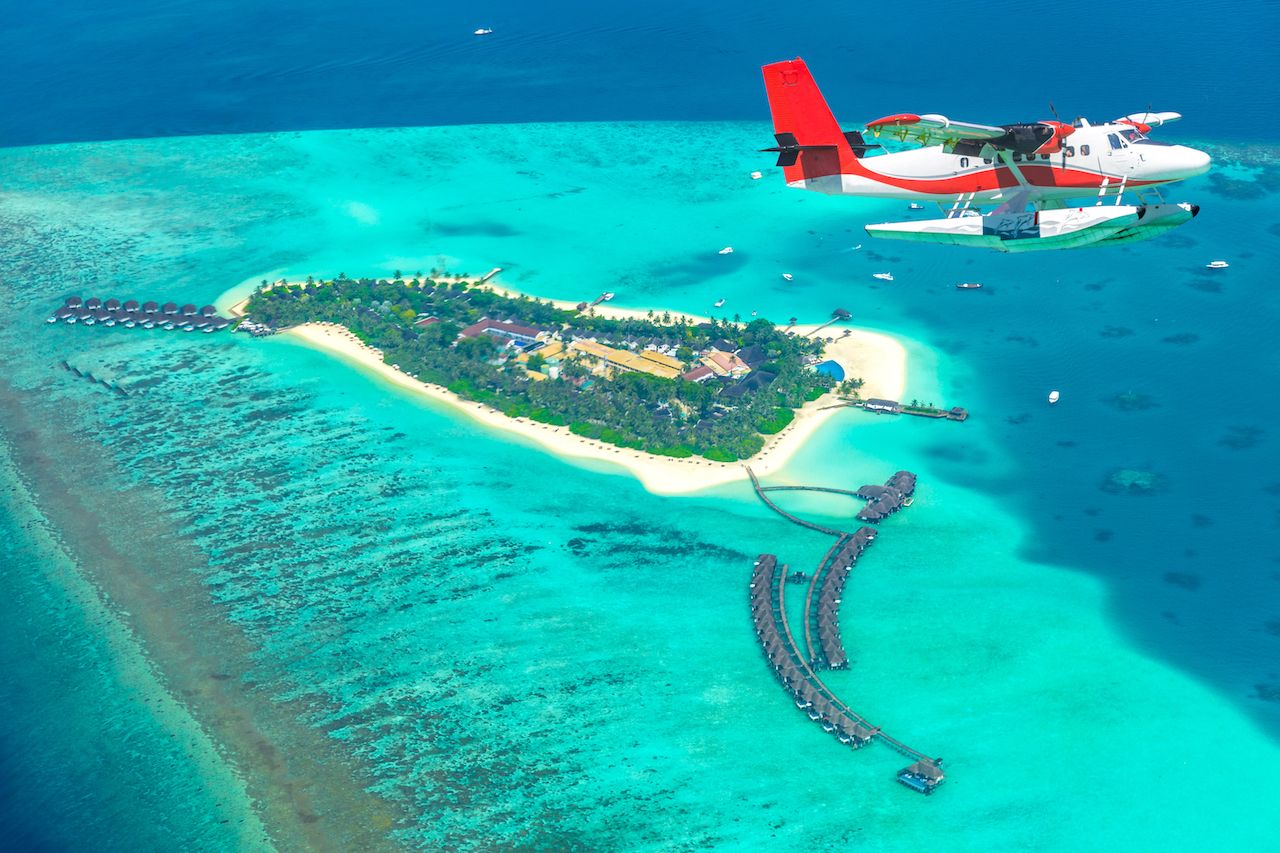 If any place in the world could top the scenes from a Florida float plane ride, it would be the Maldives in the Indian Ocean. Luxury travelers, honeymooners, and those who can’t resist blue water and bungalows head to this tropical South Asian nation en masse for the vacation experience of a lifetime. Travelers would have a hard time making it to the Maldives without flying in a float plane at some point; Trans Maldivian is the airline that visitors take for transfers between the 1,000 islands and many resorts. 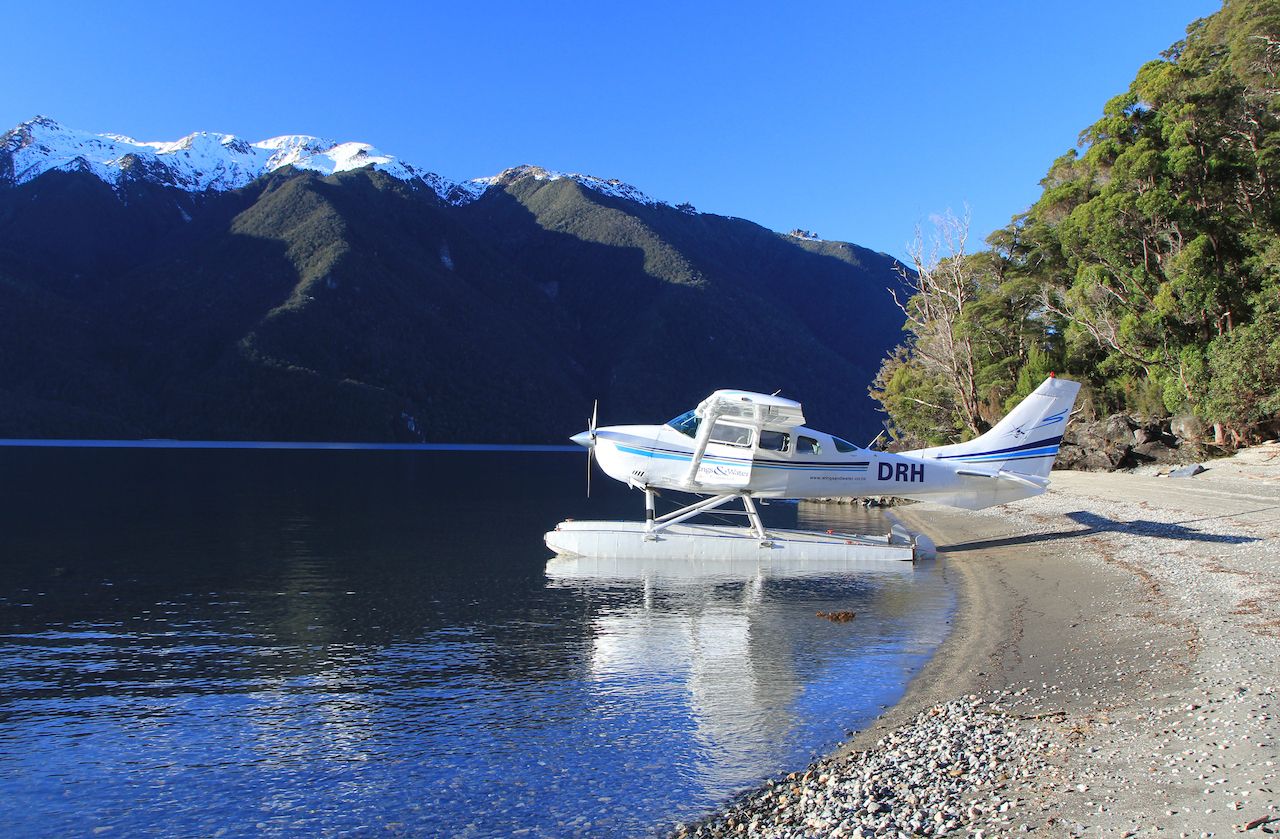 Auckland Seaplanes, which can reach any coastal destination within 800 kilometers, provides transfers to many beach locations in the Hauraki Gulf, the Bay of Island, and the lakes of the Central North Island, while Wings & Water provides scenic flights and transport to remote areas of Fiordland. For a more informative experience, Taupo’s Floatplane offers a range of sightseeing tours over New Zealand’s World Heritage Tongariro National Park (including Mount Ruapehu), Volcanic Plateau, Great Lake Taupo, Bay of Plenty, White Island, and the many lakes of Rotorua. 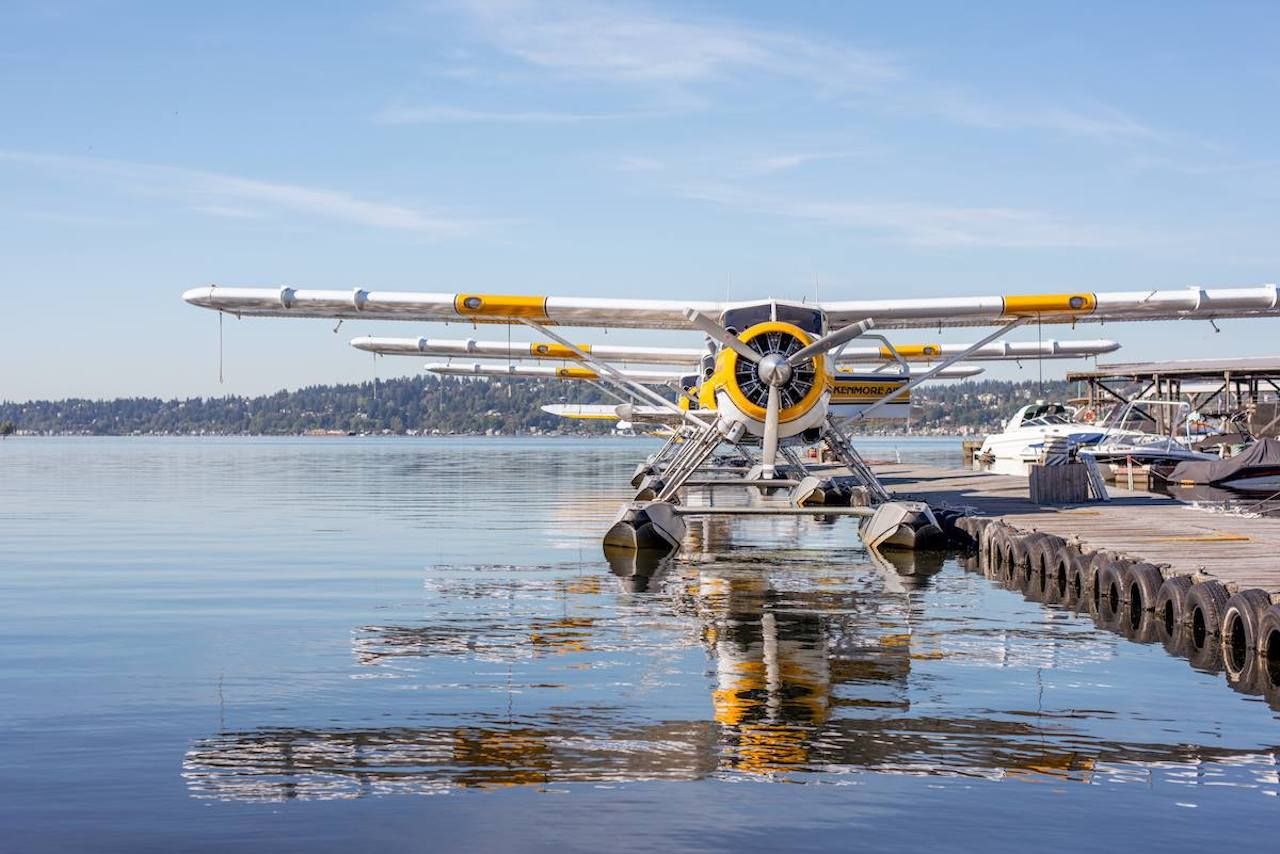 Kenmore Air, a major seaplane operator, flies from Seattle to the San Juan Islands, as well as Vancouver (for as low as $49 one way), Victoria, points in coastal British Columbia, and the Olympic Peninsula — all destinations with beautiful natural landscapes that are worth being seen from above. 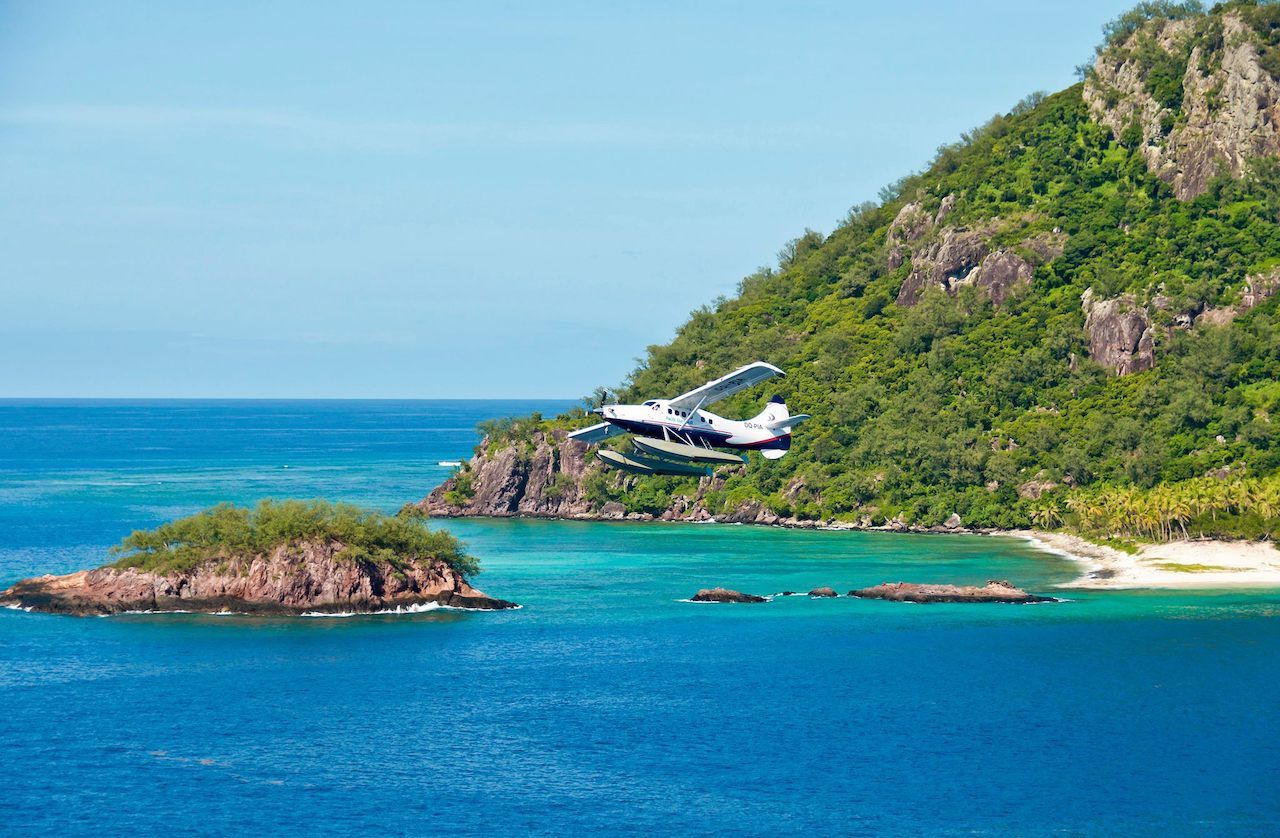 The 300 islands making up the South Pacific archipelago of Fiji are an ideal spot for taking to the air in a plane that can land on water. From overwater bungalows to colorful coral reefs, Fiji is all about the H2O, and the transportation methods are no exception. 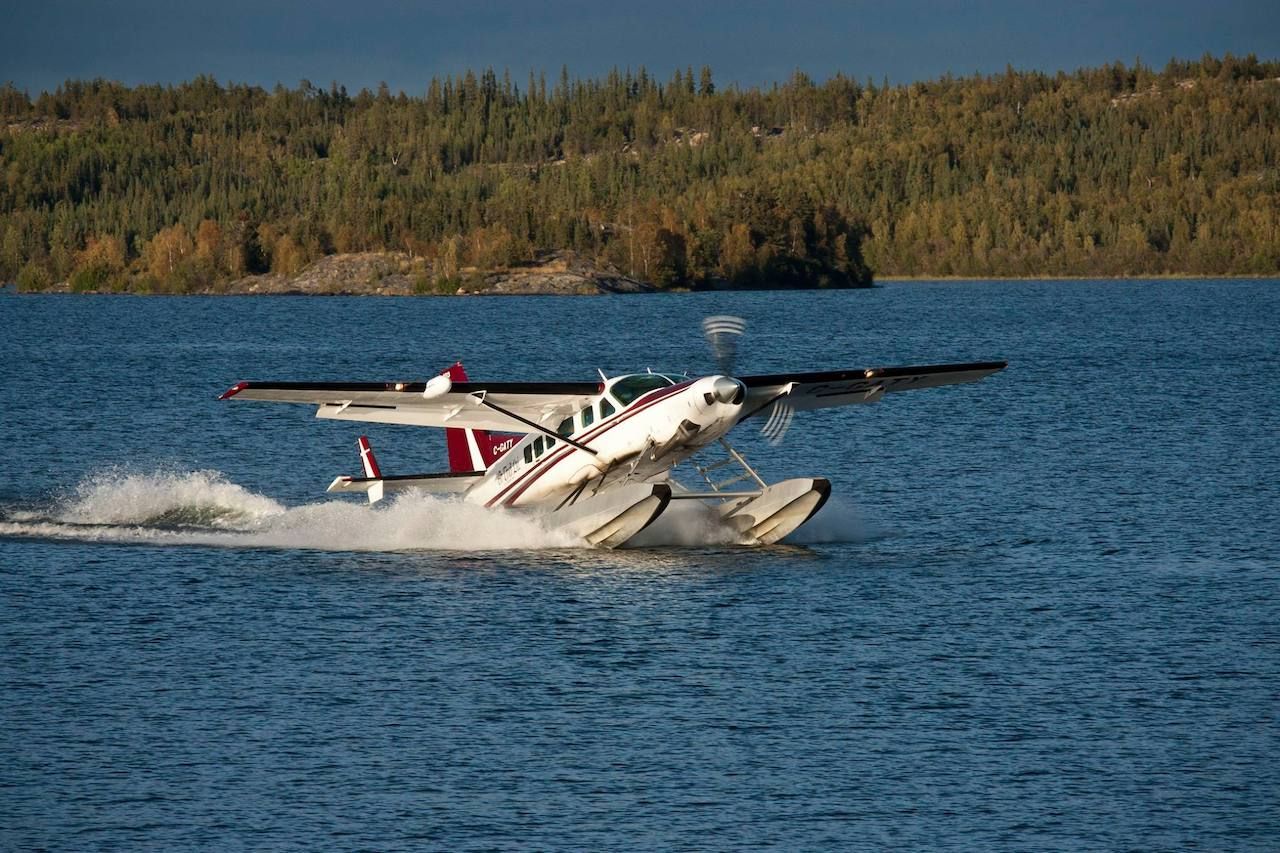 The remote city of Yellowknife, the capital of Canada’s Northwest Territories, is located on the north shore of Great Slave Lake and is surrounded by thousands of lakes, so visiting via seaplane is perhaps the most convenient way to see the sights. 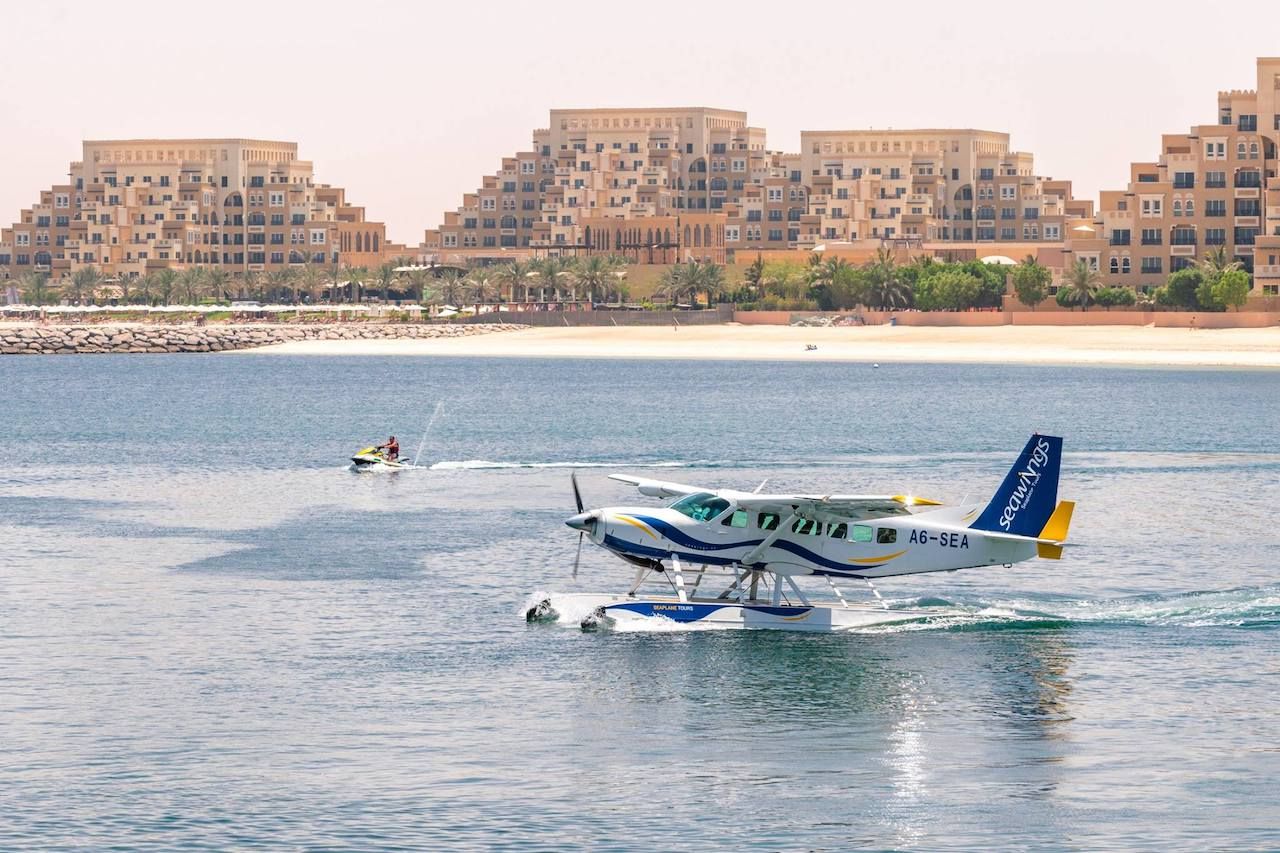 Visiting the United Arab Emirates is described as coming upon an oasis in a desert, but if you board a float plane flight, you’ll see it’s no mirage.

Seawings flights take place in Cessna 208 Caravan Seaplanes and transport passengers to destinations like Dubai, Abu Dhabi, Ras Al Khaimah, and Fujairah. Along the way, you’ll be treated to bird’s-eye views of iconic sights like the Burj Khalifa, Palm Jumeirah, the beaches of Yas Island, or the coastline of Dubai, depending on which flight you book. 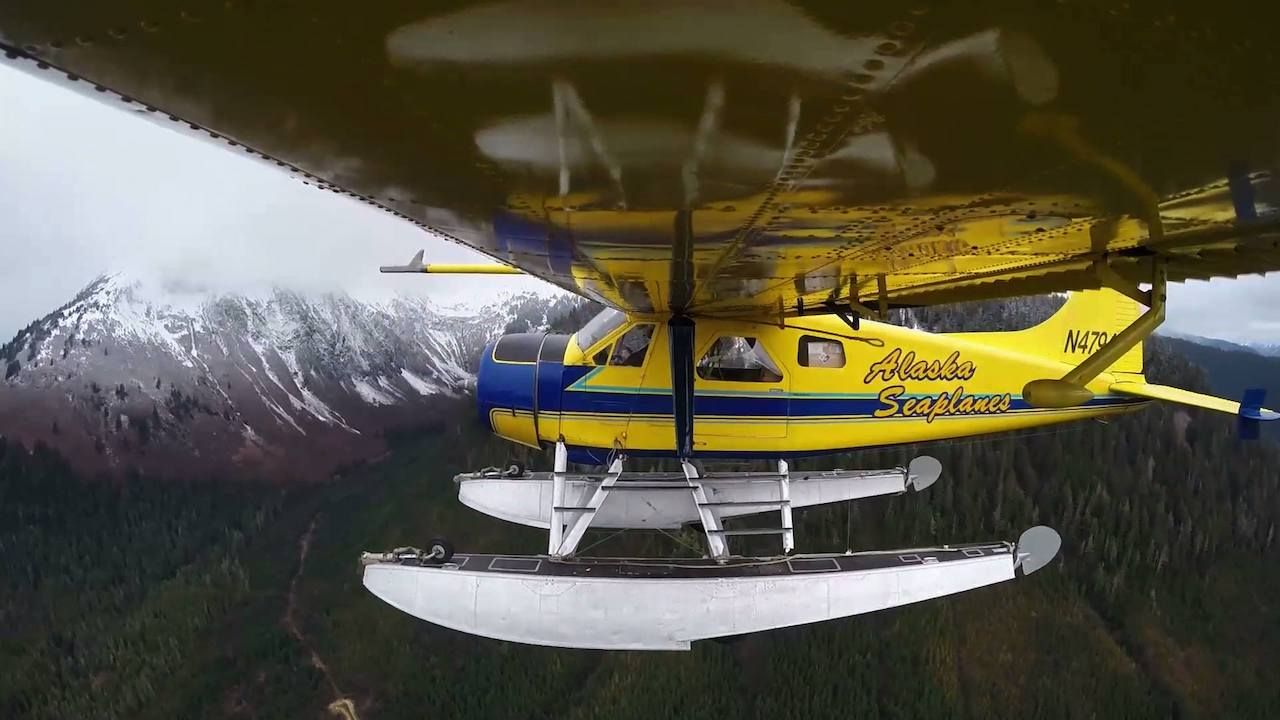 Alaska Seaplanes is a year-round commuter airline serving Juneau and 11 small communities along the Inside Passage, including Sitka and Skagway. The airline also serves Whitehorse, the capital of Canada’s Yukon territory, on a seasonal basis.

This is a popular region for travelers who want to see the best of rugged, ice-coated Alaska, and doing so from a seaplane provides an experience unlike any other. Remote and hard-to-reach sites become accessible in minutes when your float-equipped plane can land on any body of water.

Airports + FlyingThe 7 Coolest Airplane Liveries in the World and the Stories Behind Them
Tagged
Airports + Flying Beaches and Islands Insider Guides
What did you think of this story?
Meh
Good
Awesome