The first time Ella Dawn Jenkins tried flying with a harp was nearly her last. The singer-songwriter, who performs under the name EllaHarp, was traveling to Hawaii to visit her mother and decided to check her favorite instrument. On the way there, one of the harp’s feet broke off; on the way back, the harp was virtually totaled. The experience was so disastrous that Jenkins learned to play the banjo, an instrument that can be carted as a carry-on, to avoid the risk of having another harp destroyed while traveling. Until, one day, she got a crazy idea: If the overhead bins of most airplanes are not suitable for most harps, she’d design a harp that was suitable for the overhead bins of most airplanes. 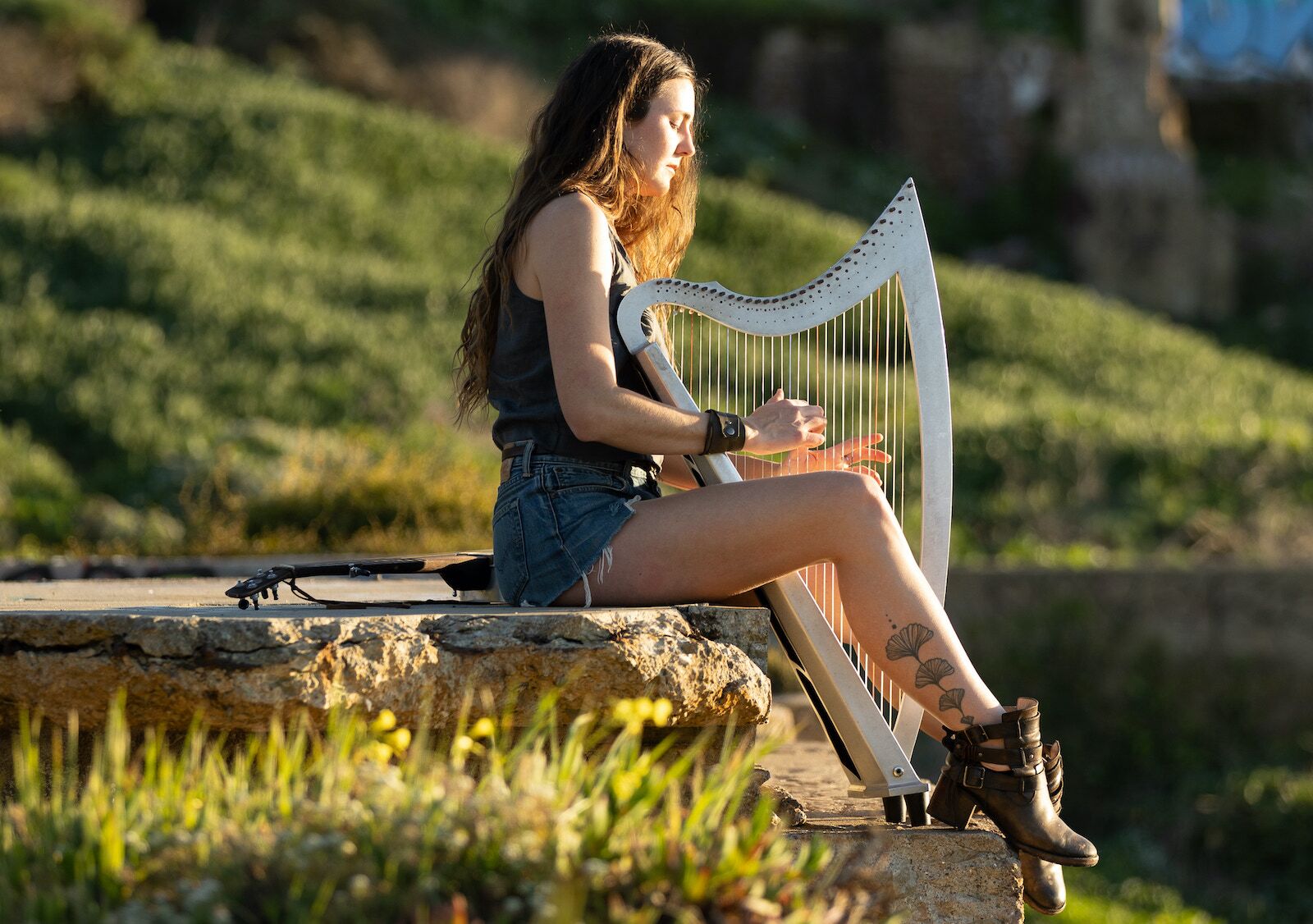 Jenkins is not the first musician to face challenges flying with an instrument. In 2009, the band Sons of Maxwell released a trio of songs on YouTube called “United Breaks Guitars” in response to the mishandling of member Dave Carroll’s guitar and the airline’s repeated denial of reimbursement. After going viral, the original video, which now has over 21 million views, allegedly cost United shareholders $180 million within five days of being uploaded. Yet traveling musicians still struggle to transport large, fragile instruments today.

Their options are limited. Musicians can invest in hard cases that provide a degree of security for checked instruments, but these cases can cost as much as the instruments themselves, and they’re likely to sustain damage in transit. Shipping is an alternative, as Jenkins learned when she attended university in Scotland, but this does little to mitigate concerns about cost, loss, or damage while piling on the problem of delivery time. The safest way for musicians to ensure that their valuables arrive unharmed and on time is to keep them on their person.

Designing a carry-on-friendly instrument comes with its own challenges, particularly when that instrument is a harp. Harps are traditionally made of wood, a heavy material, and can range from two to six feet tall, which affects the sound that a given harp will produce. The specifications for carry-on luggage also vary by aircraft and flight route, with different allowances for domestic and international travelers. This left Jenkins with two major considerations: What dimensions does a harp have to be to fit inside the overhead bin of the average airplane, and how does one design a harp that size without compromising its range.

“There are actually a number of harps that are physically small enough to fit,” explains Jenkins, “but because they’re wooden, and wood is not that strong, the tension is pretty low and everything is pitched up … so they kind of sound like fairy harps.”

That Jenkins was dating a metal fabricator at the time led her to the idea of making a harp out of aluminum, a lightweight metal that she’d seen used for instruments such as guitars and cellos and therefore knew to be “sonically possible.” Because aluminum is stronger than wood, an aluminum harp with a relatively small frame can hold a “tremendous amount of tension” and achieve a similar resonance to a larger wooden harp while producing a distinctive sound that Jenkins describes as “colder and brighter” than the wooden harps she’s played.

Aluminum is also more durable and less temperamental than wood, making it less susceptible to temperature changes in a cargo hold and, if necessary, more likely to survive the problem of being gate-checked, which Jenkins learned firsthand on two occasions. 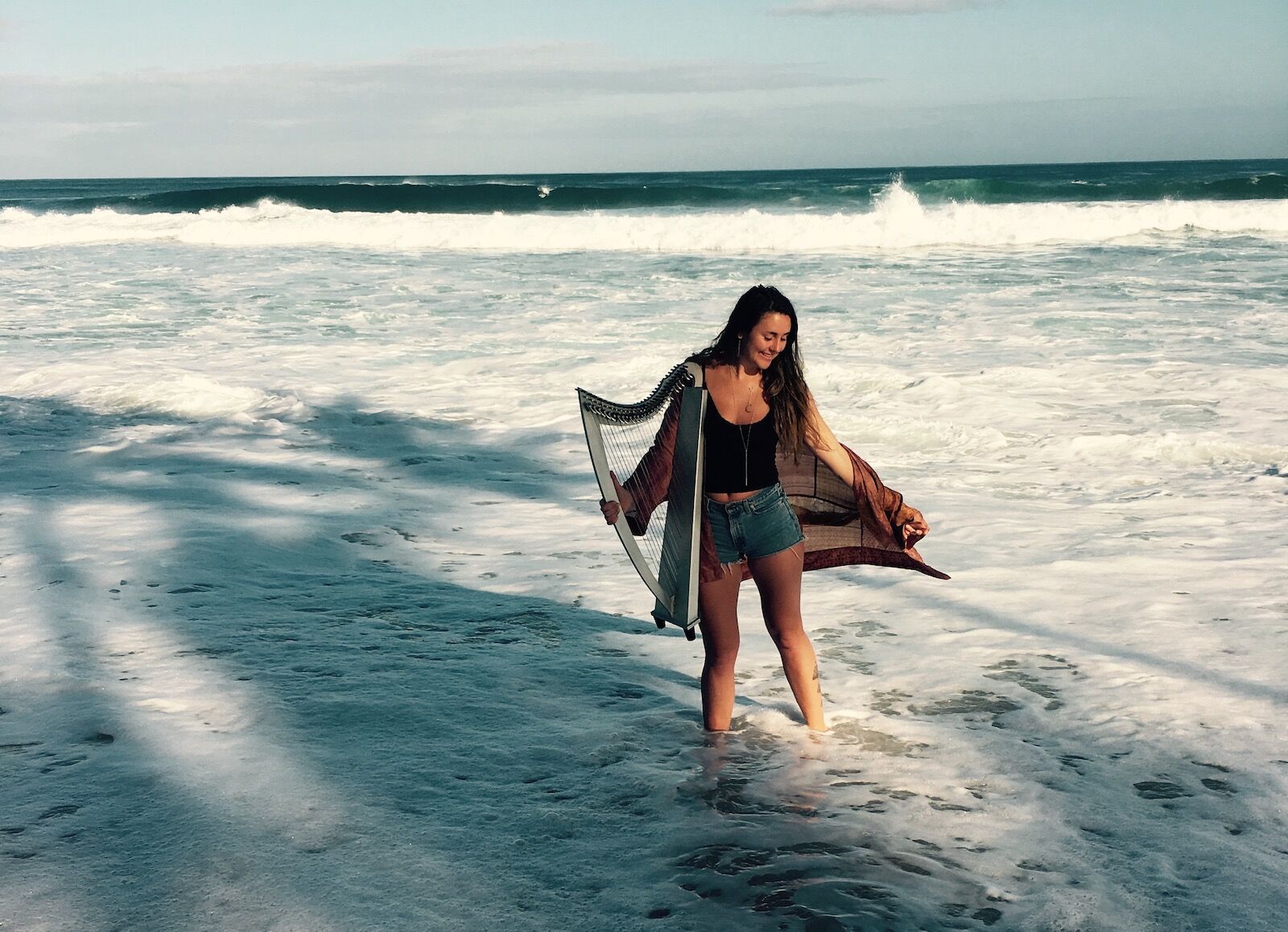 Through a years-long process of trial and error, cardboard cutting, plastic molding, and eventually metalworking, Jenkins and her ex-boyfriend have now made three aluminum harps and are currently working on a fourth. While the first never traveled, the second made it to Hawaii in a case Jenkins had bought for a separate harp.

The third and current version, which she’s nicknamed “firefly” because it’s her “little flyable harp,” has successfully traveled to several states and Canada since 2017 on at least five different airlines, including United, Delta, Alaska, Hawaiian, and Air Canada.

The only hiccup that the singer-songwriter has encountered was on a Spirit Airlines flight that had two seats per row on either side of the aisle and a proportionally small carry-on storage space. While the harp did not fit in that particular overhead bin, it did fit in the first-class closet where the cabin crew was kind enough to stow the instrument.

Yet the assurance of keeping a prized possession within arm’s reach on travel days is only half of the benefit Jenkins has derived by designing an easily transportable harp. It’s also had a positive impact on her songwriting. On one occasion, after landing in Hawaii, she recalls hopping on a bike with her harp, riding to the beach, and writing a song in the sand, calling the freedom to create music in different environments a “total game-changer.” 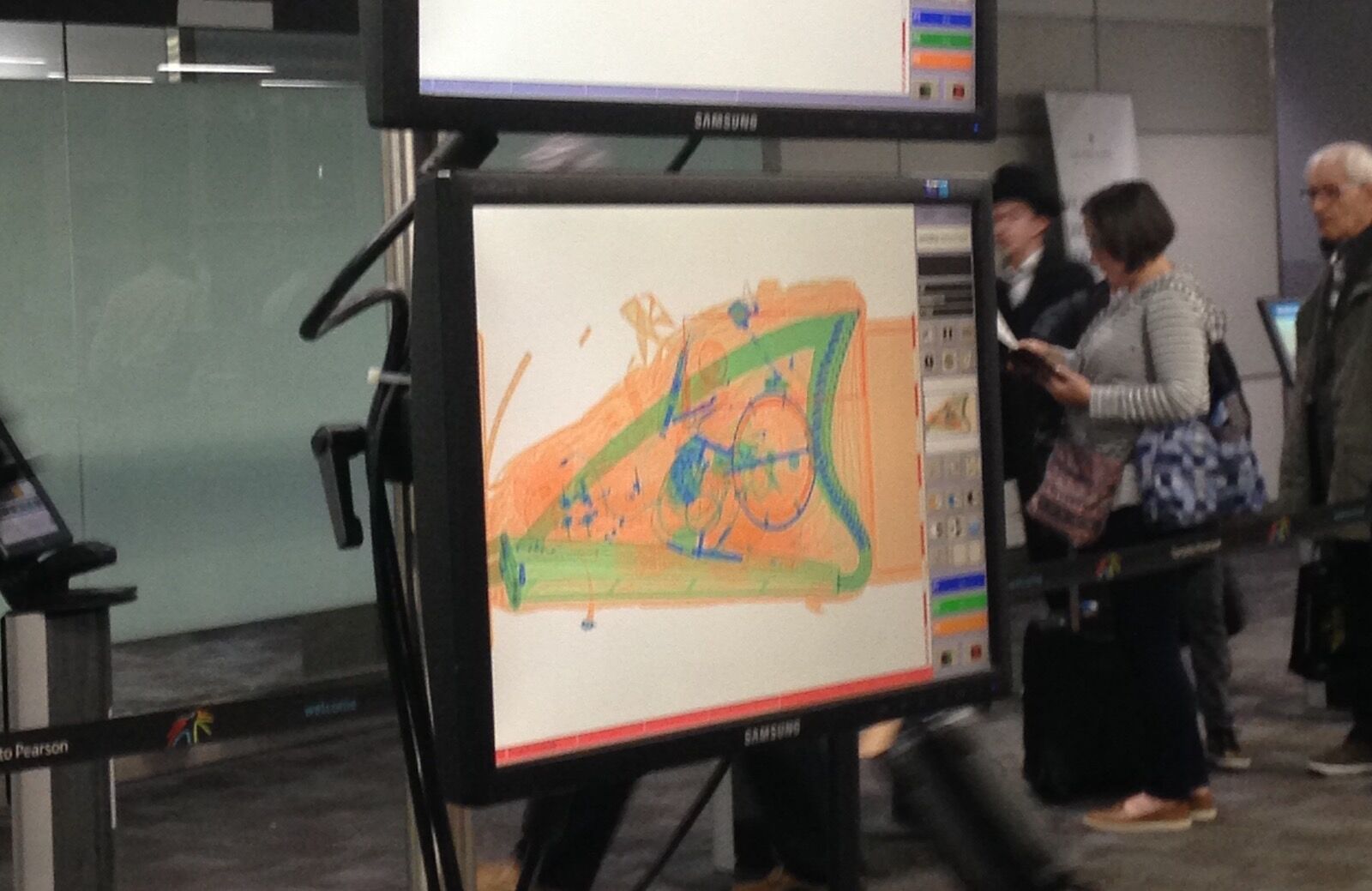 If nothing else, the project has resulted in some memorable interactions with TSA agents.

“Just watching it go through airport security is the funniest thing,” says Jenkins, noting that she’s had to assure several airport staff of the harp’s viability as a carry-on. And thanks to her ingenuity, Jenkins’ little “firefly” is bound to liven up travel days for many trips to come.

TravelI Tried To Fly With an Instrument. Here’s What I Wish I Knew Before Booking.
Tagged
Airports + Flying Travel
What did you think of this story?
Meh
Good
Awesome