Plans for a new form of transportation are well underway, suggesting that by 2040 we might have a more efficient and environmentally friendly way to travel.

A project led by Dutch startup Hardt Hyperloop is exploring the possibility of building a route between Amsterdam and Paris that would carry passengers in an electric-powered, pod-like vehicle through a network of tubes in less than 90 minutes.

The Hyperloop’s pods are made from aluminum and carbon fiber, are around 28 feet long, and resemble an evolved version of a bullet train. Each capsule can carry up to 200,000 passengers and travel up to 600 miles per hour while levitating above a magnetic track. The first successful prototype test was carried out in Nevada in 2017, Wired reported, paving the road for the new sustainable transportation system to become a reality in the somewhat near future.

In an interview with CNN Travel, Hyperloop founder and CEO Tim Houter referred to the innovation as “the alternative for the polluting short-haul flights.” By decreasing travel time and eliminating the need for airport connections, the new transportation system claims to allow a greater distribution of the population that currently lives in overcrowded city centers such as those in Amsterdam and Paris. 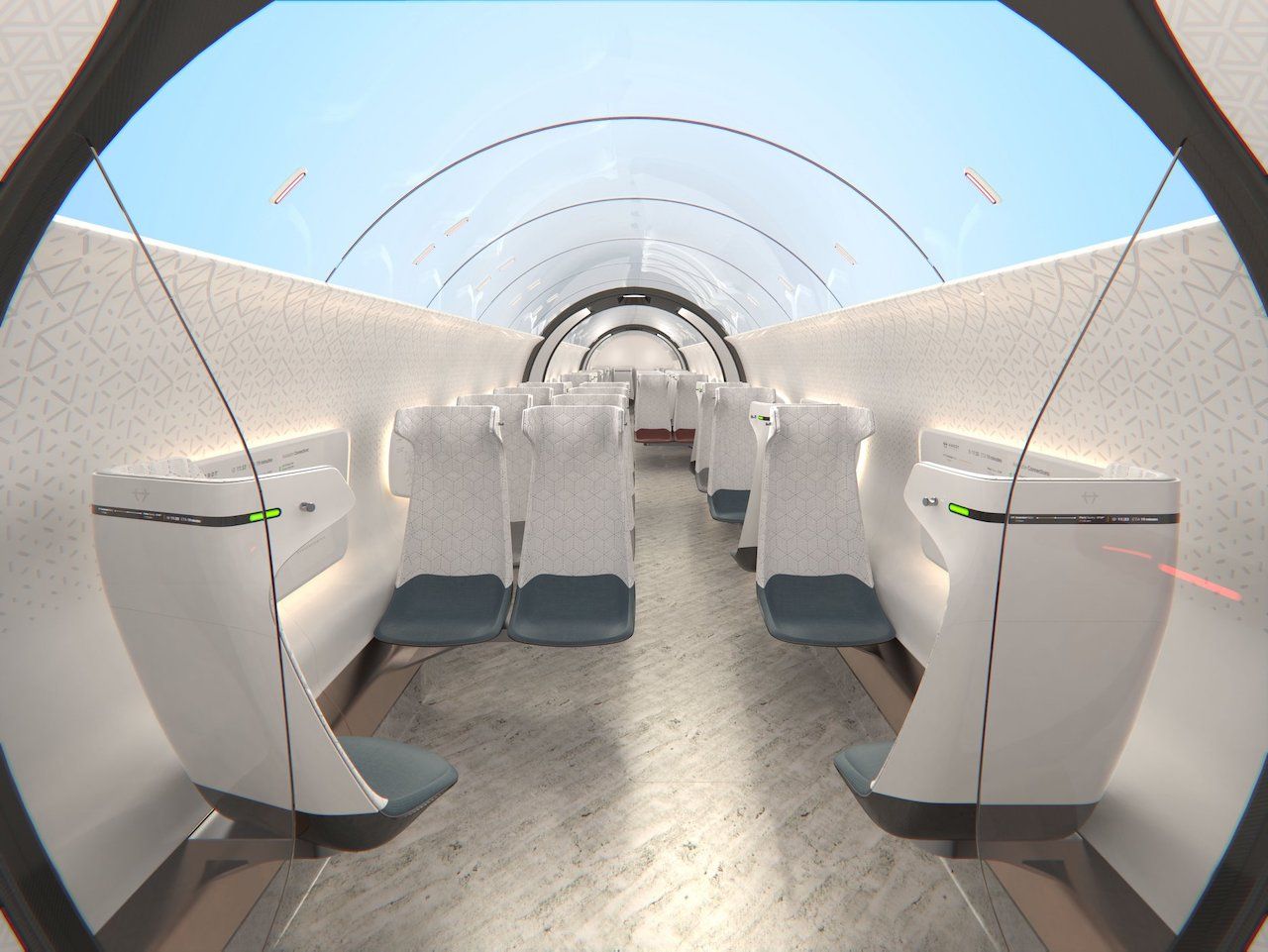 On April 9, the Dutch startup presented the results of a study evaluating the potential outcome of a Hyperloop connection both within the Netherlands and internationally. Stefan Marges, the project manager, shared, “A hyperloop connection between Amsterdam and Eindhoven takes just 15 minutes. And Düsseldorf can be reached in less than half an hour. The perspective on home/work distances will be radically altered.” Additionally, he added that the travel time between Amsterdam and Brussels would be an hour, and Amsterdam to Paris would only be 90 minutes.

On its website, Hardt explains that the next steps of the project involve testing at a high-speed facility, followed by a pilot route that will run for up to six years.

NewsThe Pentagon Has Released Videos of UFO Encounters, and They Are Spooky
Tagged
News Travel
What did you think of this story?
Meh
Good
Awesome