The Russian invasion of Ukraine has led to a rise in gas prices, which in turn has led many Americans to complain about how much their wallets hurt every time they leave the pump. And while it might be easy to blame current leadership for prices that make you feel like you’re being robbed blind, the truth is countries around the world are having the same problem–and it’s sometimes much worse. Statista, a company that analyzes market and consumer data, created an infographic of rising gas prices around the world that puts things into more perspective. 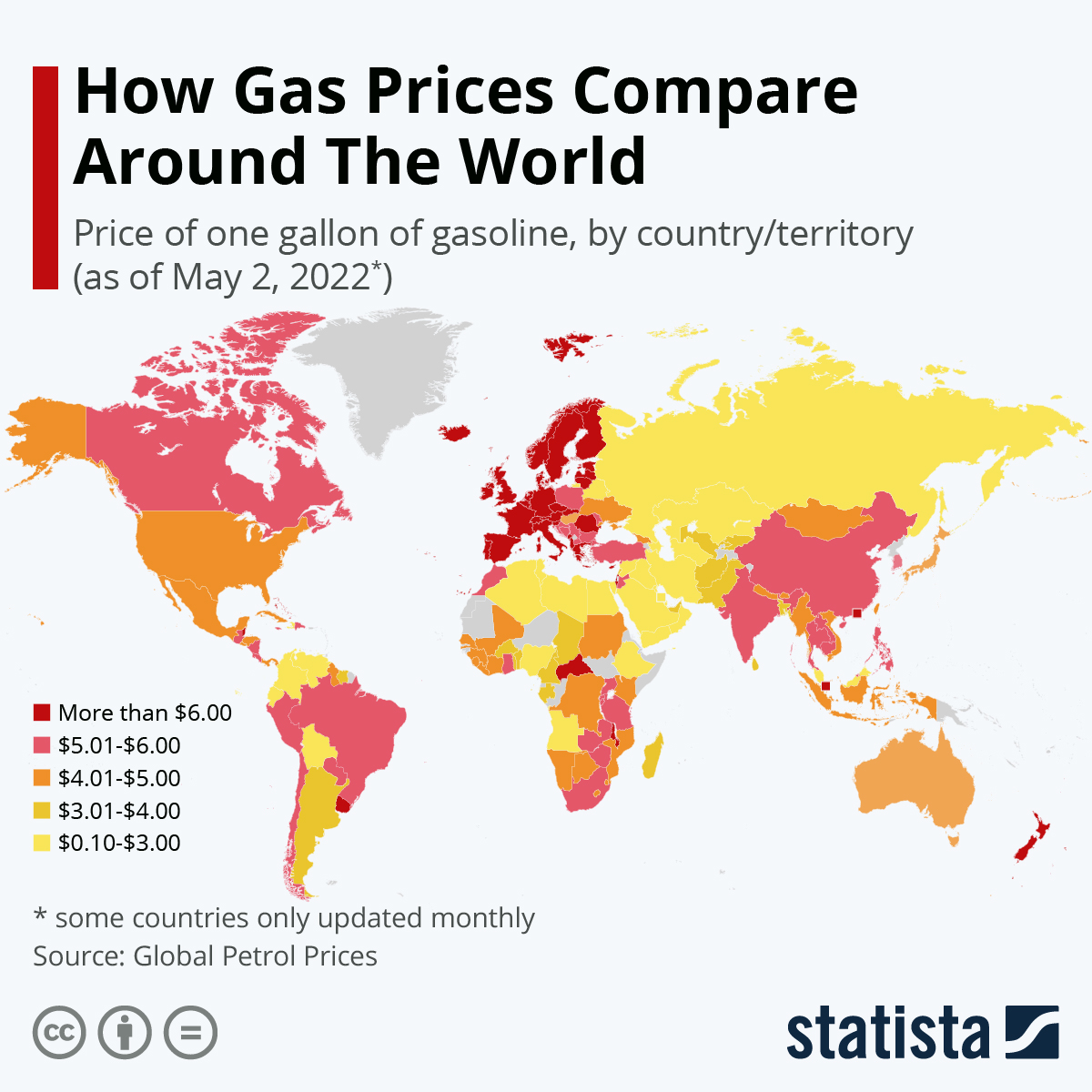 Gas prices impact the way people travel, and how far we’re willing to go. The $4 to $5 per gallon that people in the United States are paying (which varies by state) is actually mid-range compared to other industrialized nations as of March 14, 2022. Europe has a high dependency on Russian oil, causing prices to rise dramatically. Western Europe consumers are now paying upwards of $6 a gallon. The most elevated cost for a tank of gas are found in the Netherlands, Finland, Germany, Italy, and Norway. In Germany, prices have reached as high as $9.12 per gallon, making it one of the most expensive countries in Europe. Norway’s high prices are less attributed to Russia and more to high gas taxes the country added in its goal to become fossil-fuel independent.

Countries in Asia also have high gas prices. The most expensive gallon of gas globally is in Hong Kong at $10.90. India, China, Japan, South Korea, and Thailand, are notably high as well. Parts of Africa like Zimbabwe and the Central African Republic also see high prices.

Since the week of March 14, some of these prices have changed, according to the data set from GlobalPetrolPrices.com that Statista originally used.

Meanwhile, gas in Venezuela, Libya, and Iran is being sold for literal pennies.

NewsHow To Help People in Ukraine
Tagged
Maps + Infographics News
What did you think of this story?
Meh
Good
Awesome