Gemstones are like safari animals. Most people covet the Big Five, or Big Four as is the case with precious stones: diamonds, rubies, emeralds, and sapphires. Some may be surprised to learn that all four of these gems can be found in the United States. Diamond mines, for example, conjure thoughts of South Africa quicker than Arkansas, yet just last year, Arkansas native Kevin Kinard uncovered a nine-carat rock at Crater of Diamonds State Park, one of the world’s only diamond-producing sites that’s open to the public. Better yet Kinard, like all gemstone-hunting enthusiasts who visit the park, was allowed to pocket his find.

Outside of Arkansas, and beyond the Big Four, American soil is rich with gems that treasure hunters are invited to mine. The best way to tour them all is by planning a road trip, whether that means going cross-country or opting for a regional drive. From west to east, these are the essential stops on a gemstone-hunting road trip across the US.

Starting in the Northwest, in the aptly nicknamed Treasure State, gem-hunters will find the oldest and largest sapphire mine in southwestern Montana off Highway 38 between the cities of Hamilton and Philipsburg. Here, visitors are provided with the tools they need to dig through buckets of so-called “sapphire gravel” at the on-site wash trough in search of rough sapphires, which can be appraised for a $5 fee. Heat treating and faceting to improve clarity and color are also available should gem-hunters wish to transform their finds into custom jewelry.

Additional stops: From Montana, road-trippers will be driving southwest through Idaho, where rockhounding is allowed on most public lands managed by the Bureau of Land Management (BLM) and Forest Service, as well as most state endowment trust lands. The neighboring counties of Gem and Washington fall directly on the route and are known for having high-quality fire opals and agates, respectively. 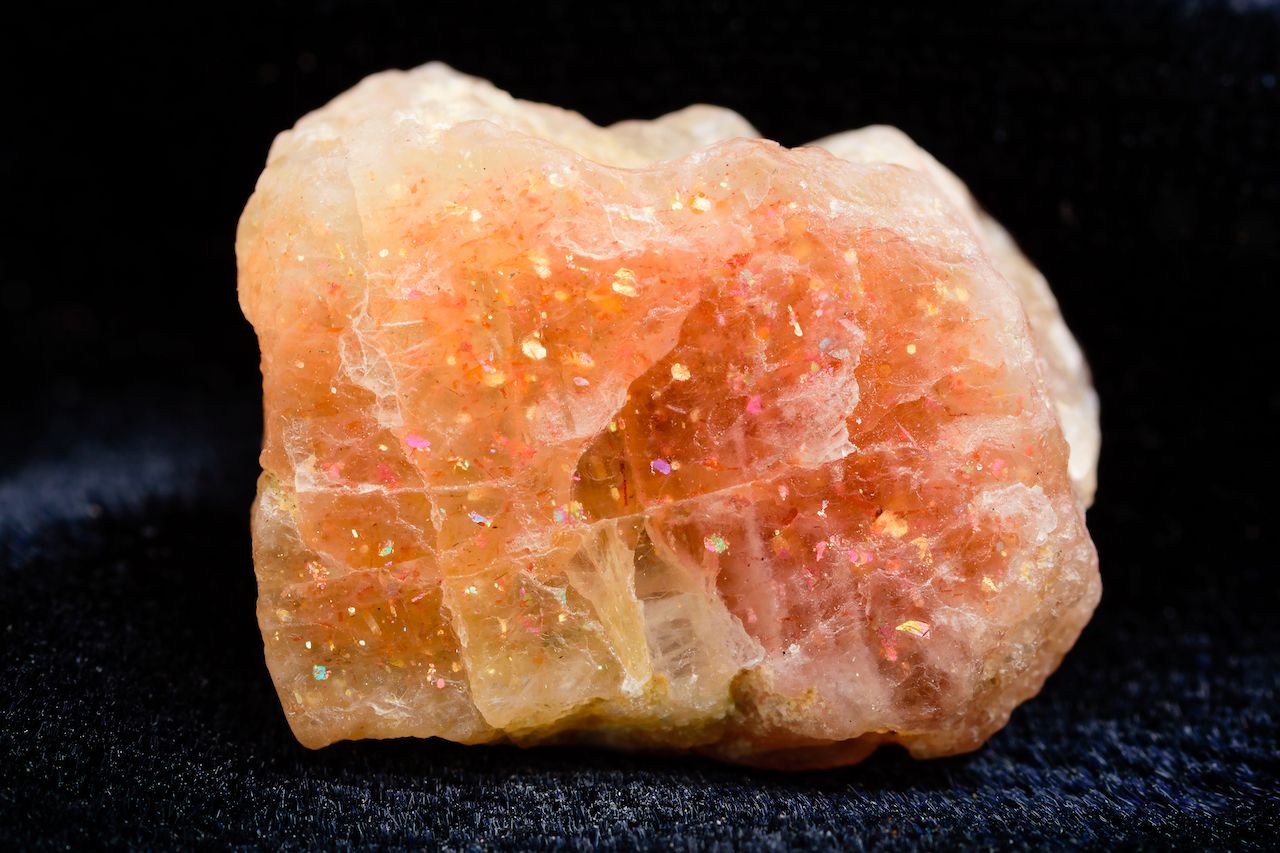 Sunstones lack the name recognition of more common gems, including moonstones, which belong to the same family of feldspar minerals, but they’re increasingly in demand among jewelers. This is due to an optical effect called aventurescence that gives the reddish stones a glittery glow. In southern Oregon’s high desert, rockhounds can source their very own samples at the BLM-operated Sunstone Public Collection Area. Facilities are minimal, so visitors should come prepared with their own equipment. It’s also worth noting that the public collection area is surrounded by a number of private mines, which are off-limits, so it’s imperative to take note of boundary-demarcating signs.

Additional stops: Just south of the Sunstone Public Collection Area on the Nevada side of the Oregon-Nevada border are a couple of opal mines worthy of a visit, namely the Bonanza and Rainbow Ridge Opal Mines. Here, visitors can pay a modest dig fee to uncover opals of all varieties, from black to fire to crystal. 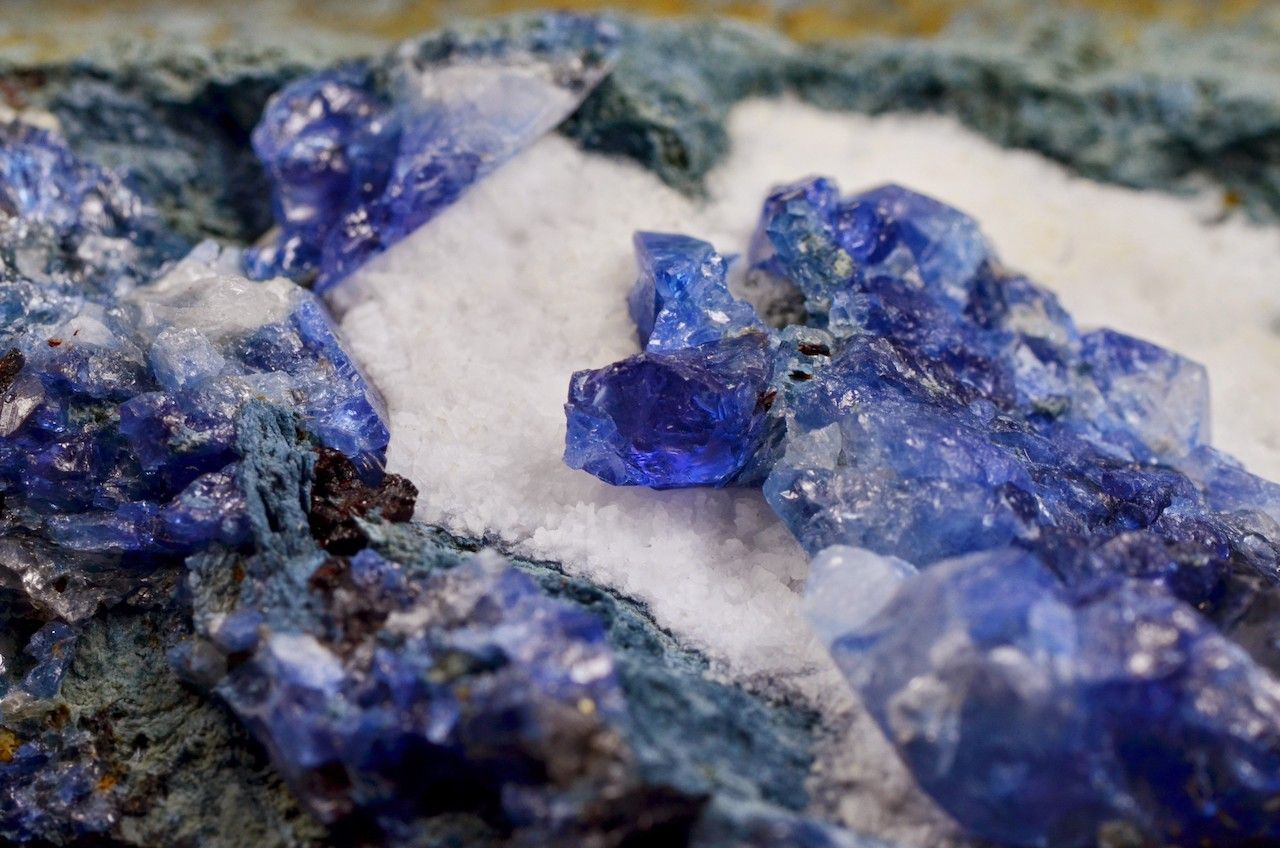 California’s state gemstone is benitoite, a rare blue mineral, and the Benitoite Gem Mine in central California offers an excellent opportunity to hunt for it. The mine provides gear such as shovels, screens, and washing stations, as well as an ultraviolet blacklight room where benitoite-hunters can assess their finds with the help of staff. Reservations are required to visit the site, and there’s an admission fee of $100 per person or $50 for children 12 and under. Included in the cost is an agreement that benitoite-hunters are entitled to keep a quart-sized Ziploc bag of their yield. Anything larger is available for purchase.

Additional stops: Due west of the Benitoite Gem Mine is a popular oceanfront jade-hunting site in Big Sur, California, called Jade Cove. Moving south, road-trippers might consider detouring to the Oceanview and Pala Chief mines in San Diego County to hunt for multi-colored tourmaline and other gems.

It’s still a long way to get to our next stop in Arkansas, however. To break up the drive, travelers will find turquoise all throughout Arizona and New Mexico. Bisbee, outside of Albuquerque, is a particularly worthwhile detour, although options are ample. 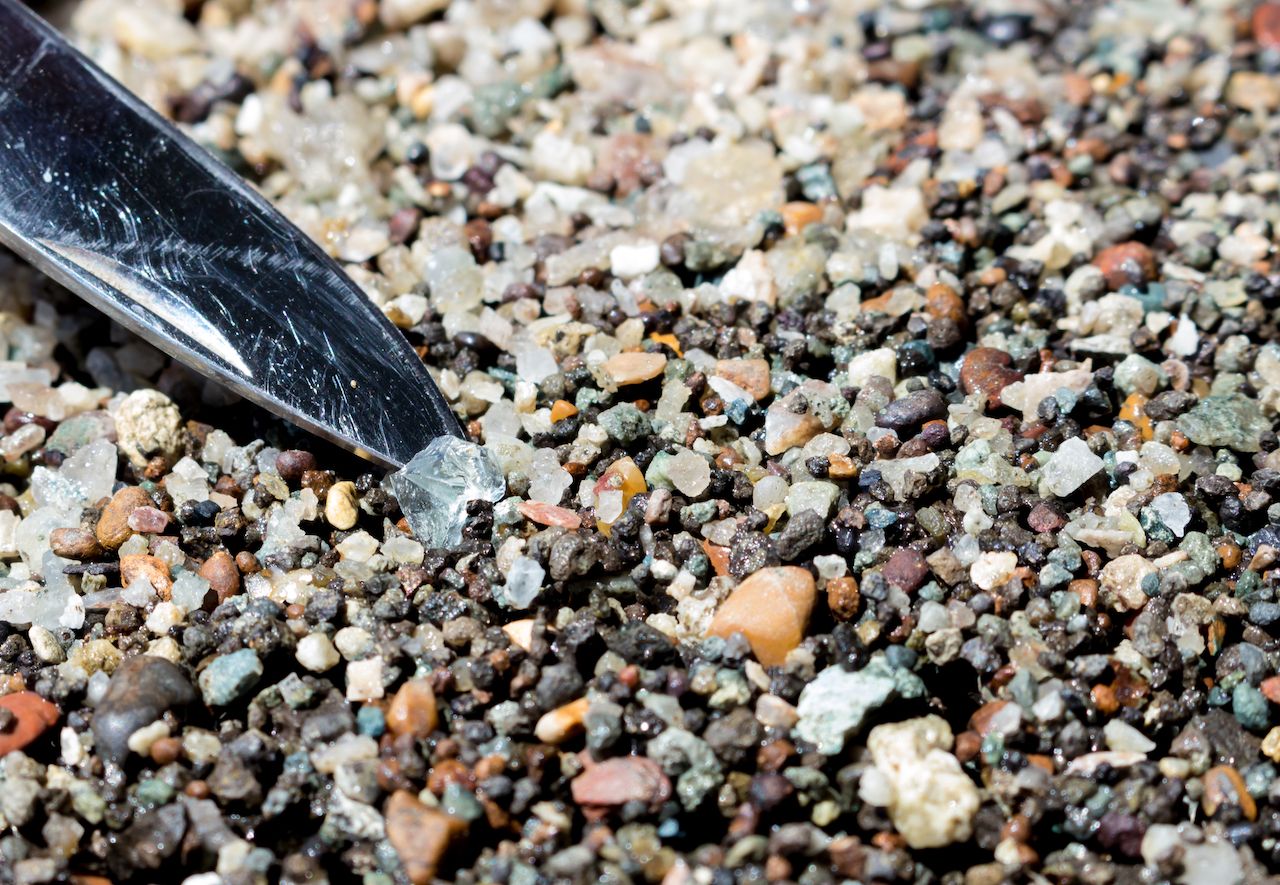 Located in Pike Country, Arkansas, Crater of Diamonds State Park is one of the only diamond-producing sites that allow the public to hunt for diamonds right from the source, a 37.5-acre field that was plowed from an ancient volcanic crater. Adults pay $10 and $6 for children between six and 12, which is a small price to pay when you consider the park’s finders-keepers policy. Visitors can also learn more about diamonds and gem mining through interactive exhibits at the on-site Diamond Discovery Center.

Additional stops: Half an hour northwest of the next stop on our list is a secondary gemstone-hunting site in Georgia that’s worth a visit if time permits: Jackson’s Crossroads Amethyst Mine. Here, rockhounds can dig through large granite rocks in search of amethysts bearing vibrant shades of purple and violet, with blue and red tones that make each specimen unique. 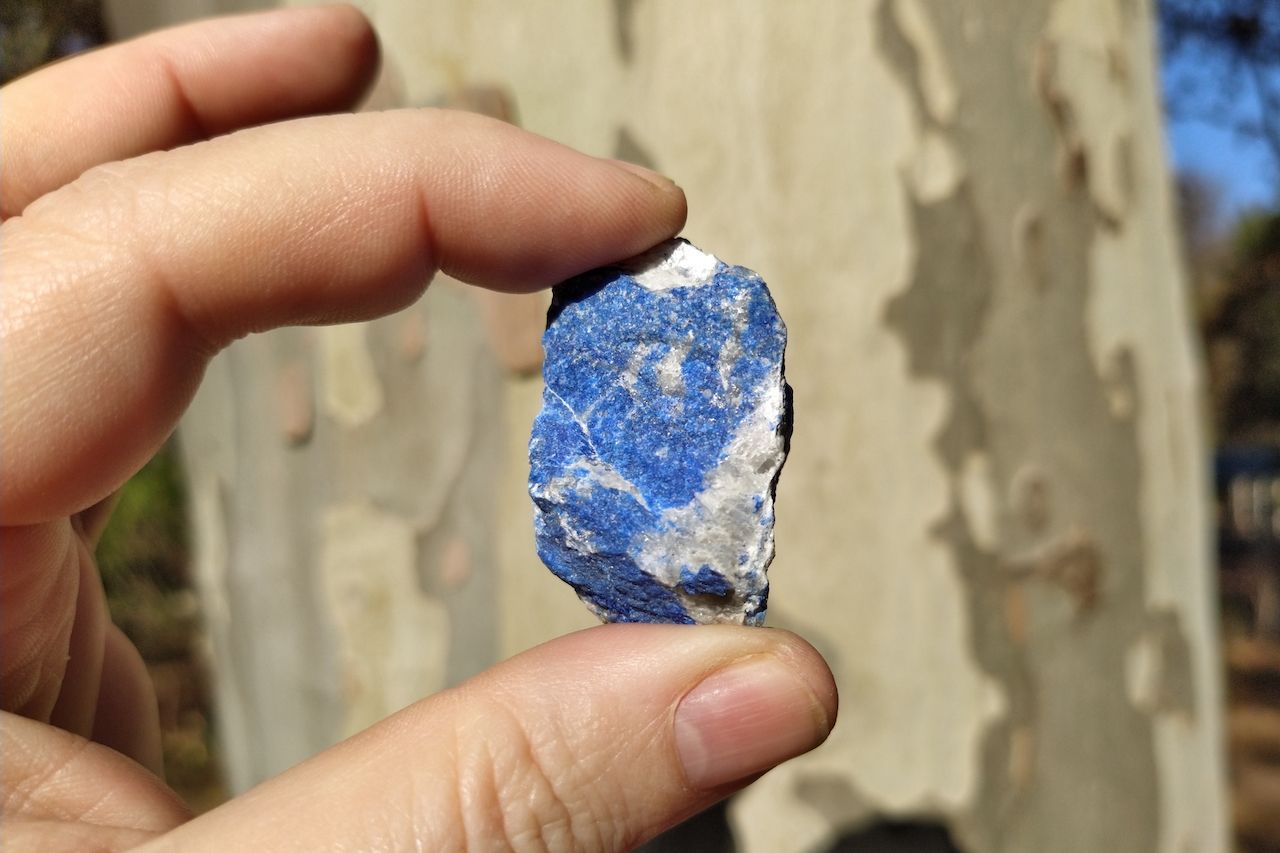 The next stop on our cross-country rockhounding road trip takes us to Georgia, specifically Graves Mountain in Lincolnton off Highway 378. The list of crystals and minerals visitors can find here is long, among them quartz crystals, blue quartz, kyanite, lazulite, muscovite, and a variety of microcrystals. Note that Graves Mountain is an appointment-only site.

Additional stops: Roughly an hour north of Graves Mountain and Jackson’s Crossroads, conveniently located en route to North Carolina, is the Diamond Hill Mine in Abbeville, South Carolina. Road-trippers should consider planning a visit here if they’re interested in continuing their search for beautiful quartz crystals.

Of the many stops on this list, the Emerald Hollow Mine in Hiddenite, North Carolina, is among the most famous. According to its website, it’s the only emerald mine in the world that invites the public to try their hand at prospecting. This can be done in several ways: sluicing, which involves sifting through ore at a washbasin; creeking, which involves panning for gems at the on-site creek; and digging at the mine. Emerald Hollow also has an on-site lapidary where rockhounds can have their finds cut and polished by appointment only.

Additional stops: Between the emeralds in Hiddenite and the huntable treasures at the Cherokee Ruby and Sapphire Mine in Macon County, North Carolina is a must-stop for any Big Four gem-hunter. Rubies, in particular, are the draw here, as the site advertises itself as the only public mine in North Carolina that invites visitors to hunt for them. 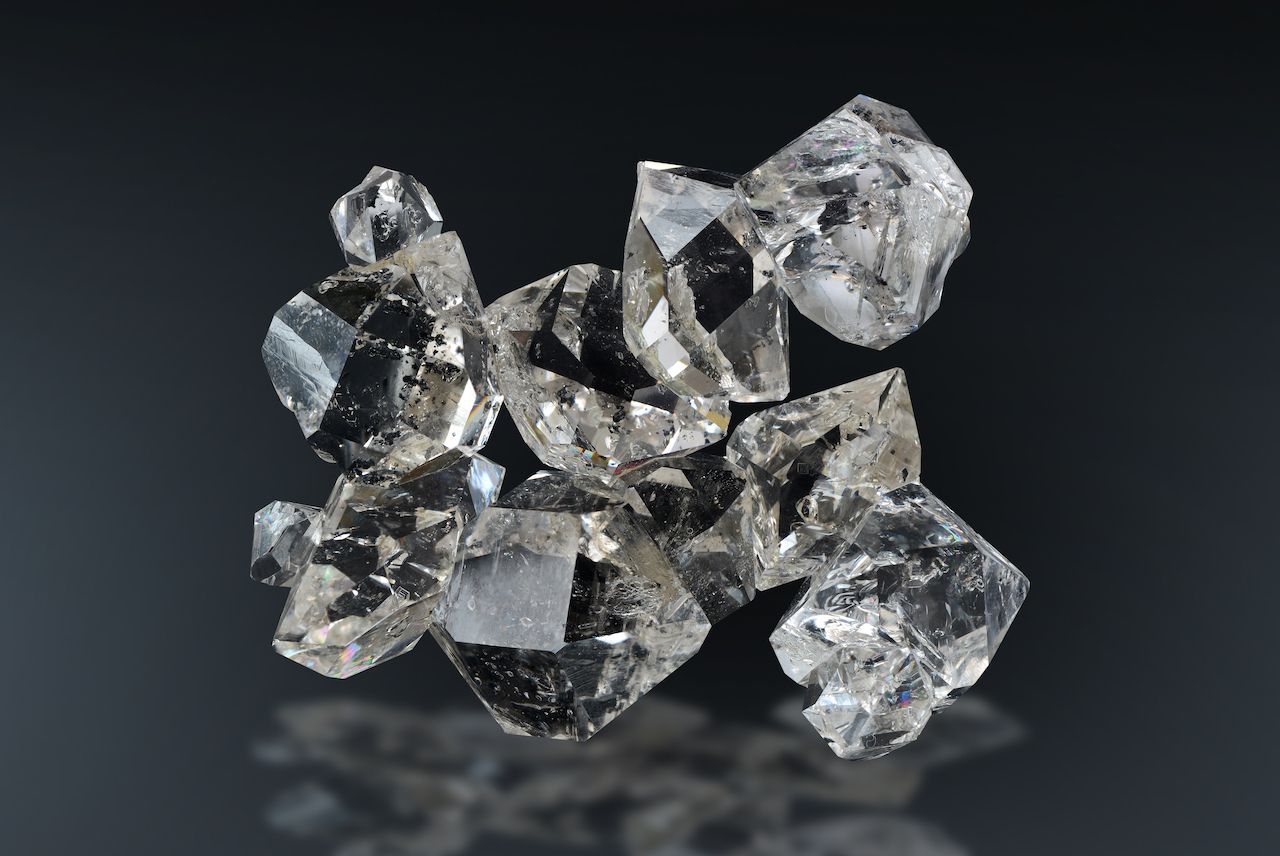 Next up for road-trippers is the Herkimer Diamond Mines in New York, located roughly between Syracuse and Albany. You won’t find actual diamonds here, rather quartz crystals that have a similar shape and date back almost 500 million years. Prospectors should expect to work hard for their finds here, wielding tools like hammers, crowbars, sledgehammers, and chisels to break specimens out of rocks. Sluicing is also available for younger miners. For a slower, more immersive experience, road-trippers can also camp at the on-site KOA resort.

Additional stops: Depending on time and availability, visitors may want to keep the adjacent Crystal Grove Diamond Mine in Herkimer Country on their radars, too. 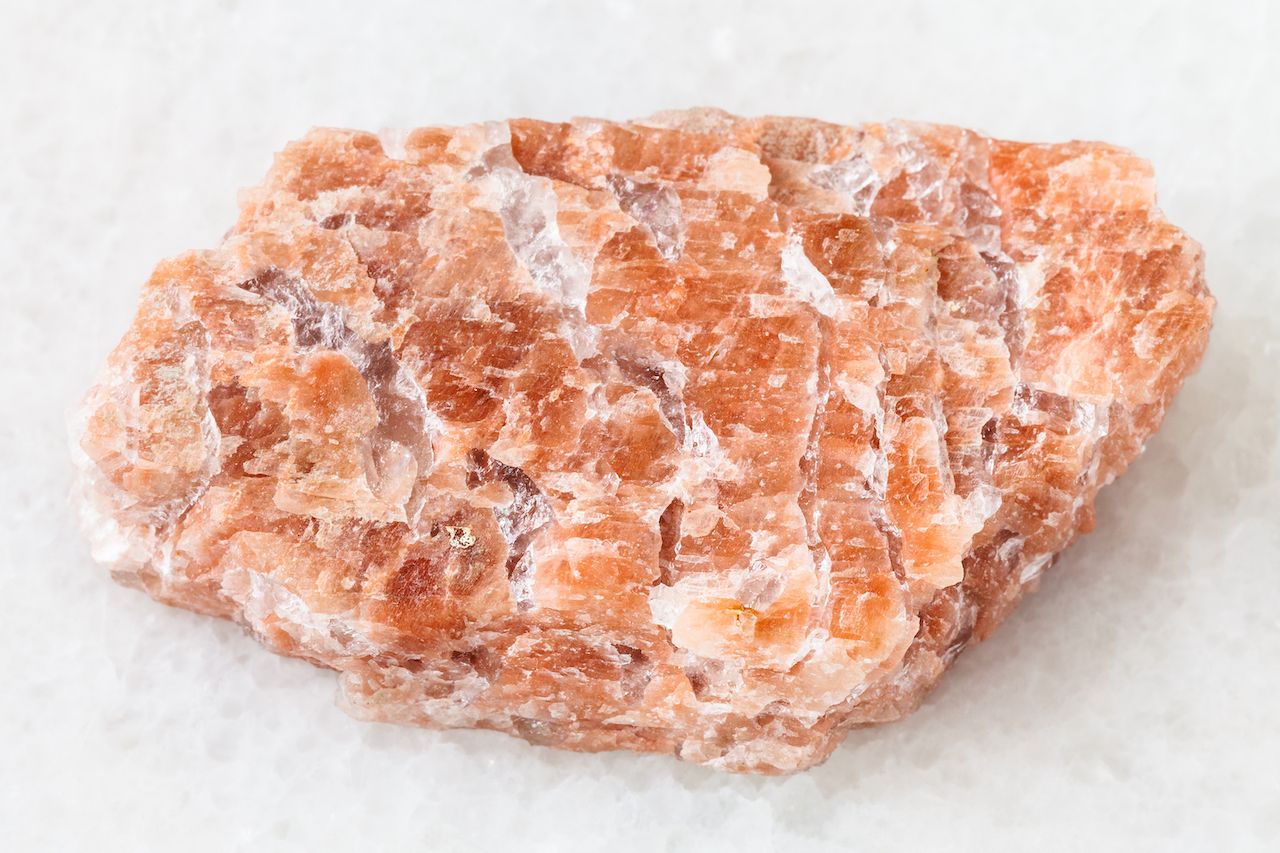 From the Northwest to the Northeast, Maine’s Mount Mica Mine is the perfect place to wrap up our treasure-filled road trip. According to the Maine State Museum, Mount Mica was the first pegmatite gem mine in North America, which refers to its coarse-grained crystalline igneous rocks. The often watermelon-hued gem tourmaline is particularly significant here, though it’s known for having a fluorescent blue-green color at Mount Mica. Due to weather restraints, rockhounding is only available from May to October in the Paris, Maine, area.

NewsWatch: How To Hunt for Glow-in-the-Dark Rocks Around Lake Superior
Tagged
Road Trips United States
What did you think of this story?
Meh
Good
Awesome