A Florida local captured a stunning photo of a giant manta ray leaping out of the water and photobombing a surfer just off the coast of Satellite Beach.

Rusty Escandell was spending last Sunday at the beach taking photos, but he didn’t realize just what he had captured until he went home and checked the footage. 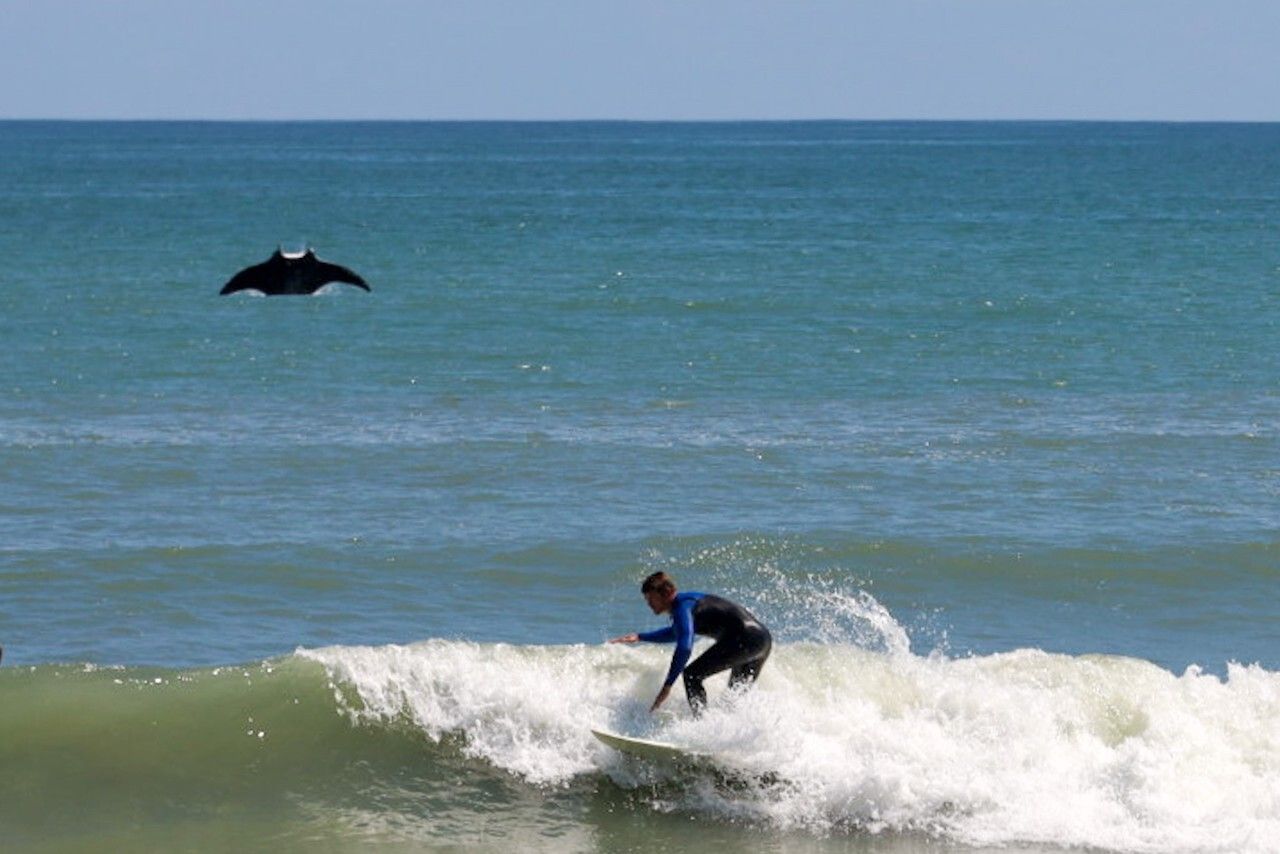 “I kind of saw a splash behind the surfer, but didn’t think much of it,” Escandell told CNN. “It could have been a fish, could have been anything, it was pretty amazing.” The series of photos he took with his camera’s burst mode shows the manta ray leaping out of the water until it ascended above the surfer.

Both Escandell’s daughter and her boyfriend work as marine biologists and recall seeing manta rays in the water that same day. As for the surfer, he was quite fascinated. “He got excited too,” Escandell remarked.

Giant manta rays are the world’s largest rays. Their fins can stretch out to 29 feet. The species is listed as “threatened” by the US Endangered Species Act. Jessica Pate, a senior scientist at the Marine Megafauna Foundation told CNN that over 50 people have sent Escandell’s photo. On Sunday, Pate spotted 64 adult giant manta rays while conducting a study of the area around Daytona Beach.

Sustainability7 Majestic Arctic Wildlife in Danger From Global Warming
Tagged
News
What did you think of this story?
Meh
Good
Awesome