Jurassic Park-themed attractions might have a monopoly on amusement park big-lizard experiences around the world, but Godzilla is throwing its hat in the ring in a big way. At the Nijigen no Mori theme park on Japan’s Awaji Island, a Godzilla-themed area called “Godzilla Interception Operation” debuted on Saturday, October 10, featuring the now iconic 65-foot-tall, 82-foot-wide, and 150-foot-long monster. The park is the first place in the world to have a permanent, full-scale replica of Godzilla. 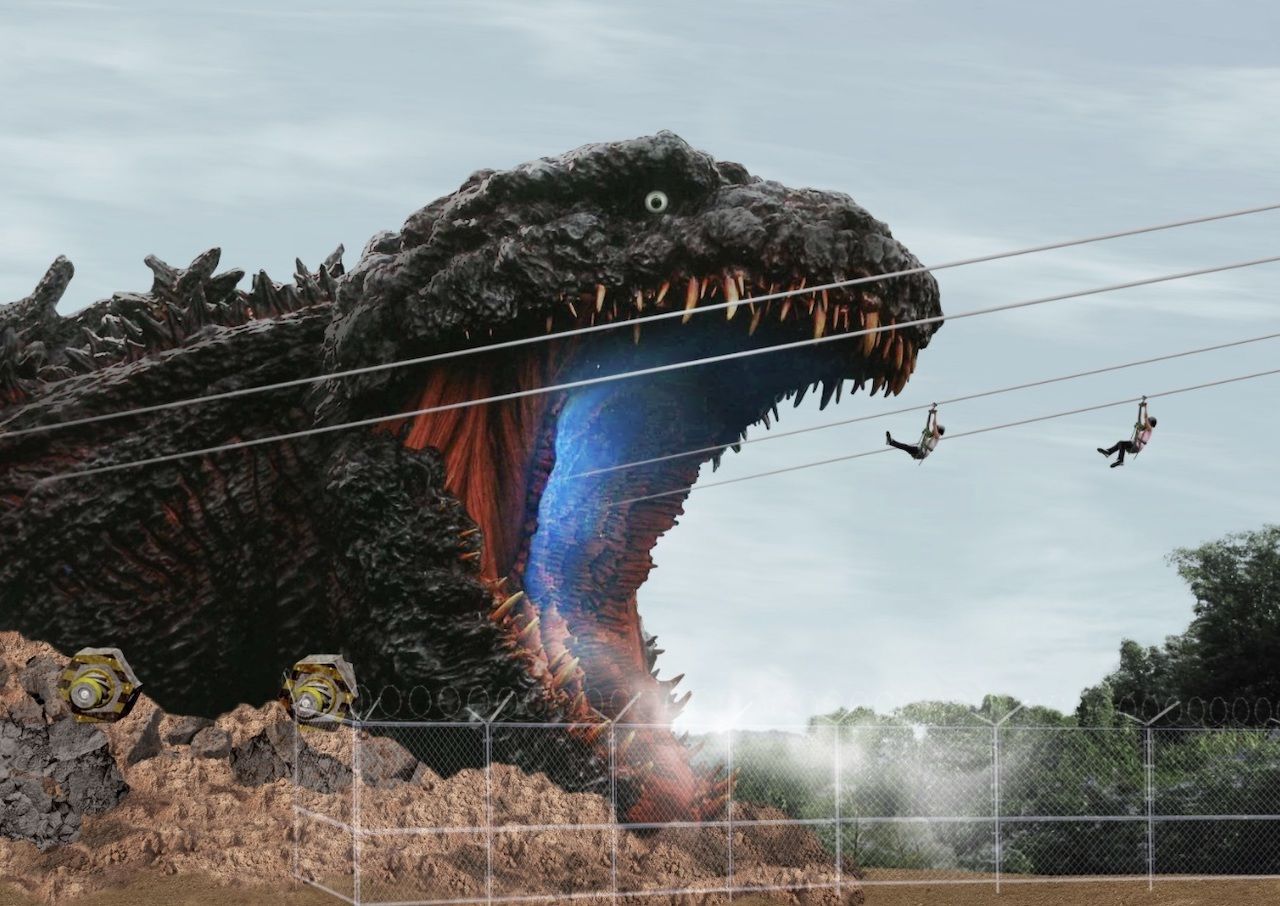 But the best part of this attraction is that park visitors are able to go inside the monster. “Godzilla Interception Operation Awaji” lets guests zip line straight into Godzilla’s very toothy mouth. There’s also a shooting game where visitors can try to stop Godzilla’s cells from growing and defeat the beast.

If you still can’t get enough, the park also has a Godzilla museum where you can retrace the creature’s history. And for an even scarier experience, visit the park at night, when Godzilla glows a terrifying shade of red.

A version of this article was previously published on November 14, 2019, and was updated on October 13, 2020, with more information.

Theme ParksThe 7 Strangest Theme Parks Around the World
Tagged
Movies News Theme Parks
What did you think of this story?
Meh
Good
Awesome