If you want a traditional and predictable family vacation, head to Disney World, ride the teacups, and leave with a few mouse-ear hats. However, if you want an experience that isn’t all princesses and cartoon animals, there are plenty of bizarre amusement parks out there to satisfy your craving. From the explicit Loveland in South Korea to Lithuania’s Išgyvenimo Drama, a Soviet-themed park that gives visitors a brutal taste of life in the former USSR, these seven parks might not be the happiest place on earth, but they will certainly make a lasting impression on anyone who visits. 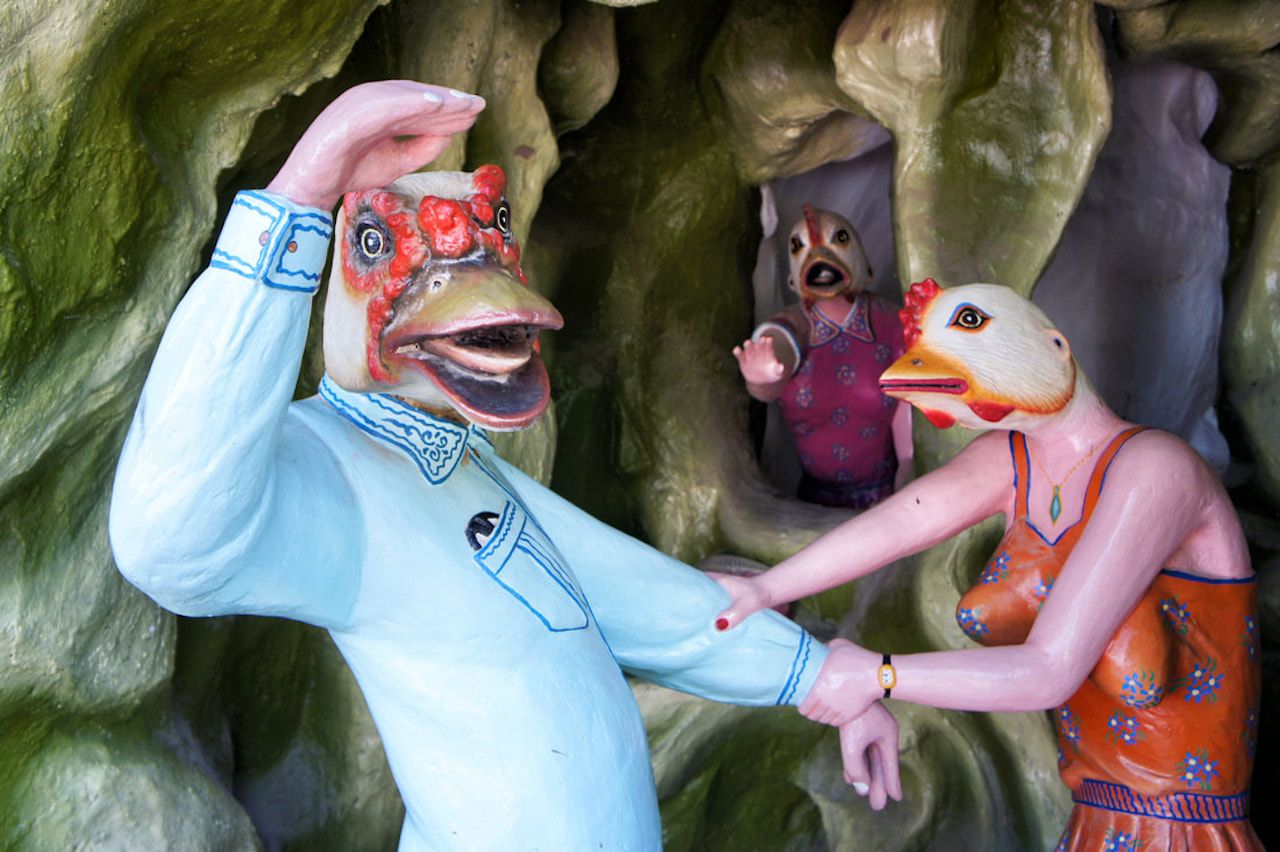 Haw Par Villa is technically a theme park, but it’s more like a graphic lesson in morality. This park located Singapore was built in 1937 and is filled with statues and dioramas representative of Asian culture, history, philosophy, and religion meant to give visitors an idea of what a virtuous life should look like. The park is especially famous for its Ten Courts of Hell diorama, a brutal depiction of what supposedly happens to those who stray off the good path. Basically the Chinese folklore version of the Last Judgement and subsequent hell, this diorama shows the after-life punishments for various moral and criminal offenses, like corruption and disrespecting your elders. As you wander through, you will encounter a tax evader being crushed by a pointy stone hammer, and a student being disemboweled by an executioner for cheating on a test — not exactly kid-friendly by today’s standards. 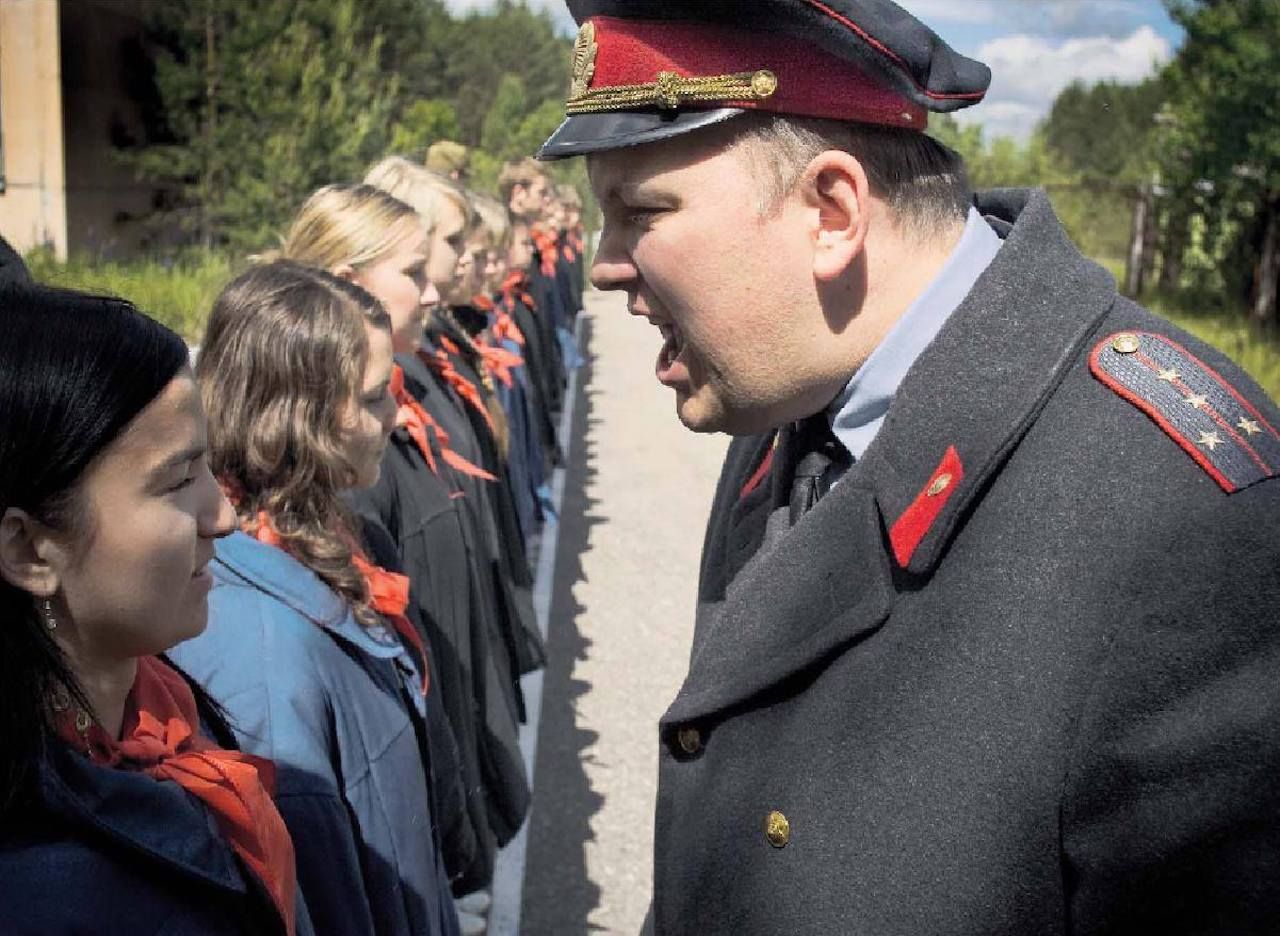 Located in Lithuania, Išgyvenimo Drama, or “Survival Drama,” is designed to give visitors the authentic experience of living in a Soviet bunker in the middle of the Lithuanian forest in 1984. Guests are gathered in a genuine bunker, deprived of their personal belongings, made to listen to the Soviet anthem and be barked at, interrogated KGB-style, humiliated, and given a taste of Soviet medicine. The whole experience lasts about three hours, and to participate you must sign a waiver, since disobedience may result in physical or psychological punishment. Needless to say, it’s probably not a great idea to take the kiddos.

The bunker is located 17 miles from the capital city of Vilnius. The exact location can be found on Google Maps. To learn more about the Soviet bunker, check out the official website of the park. 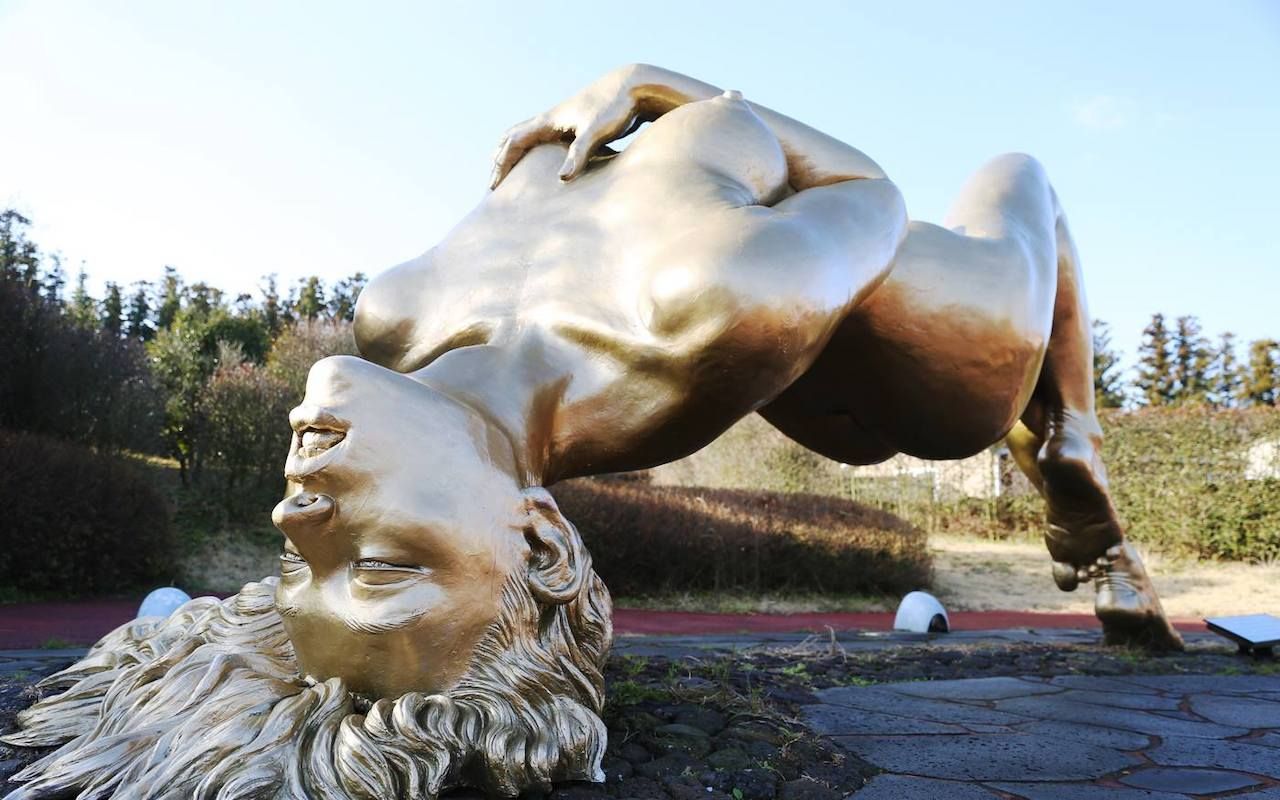 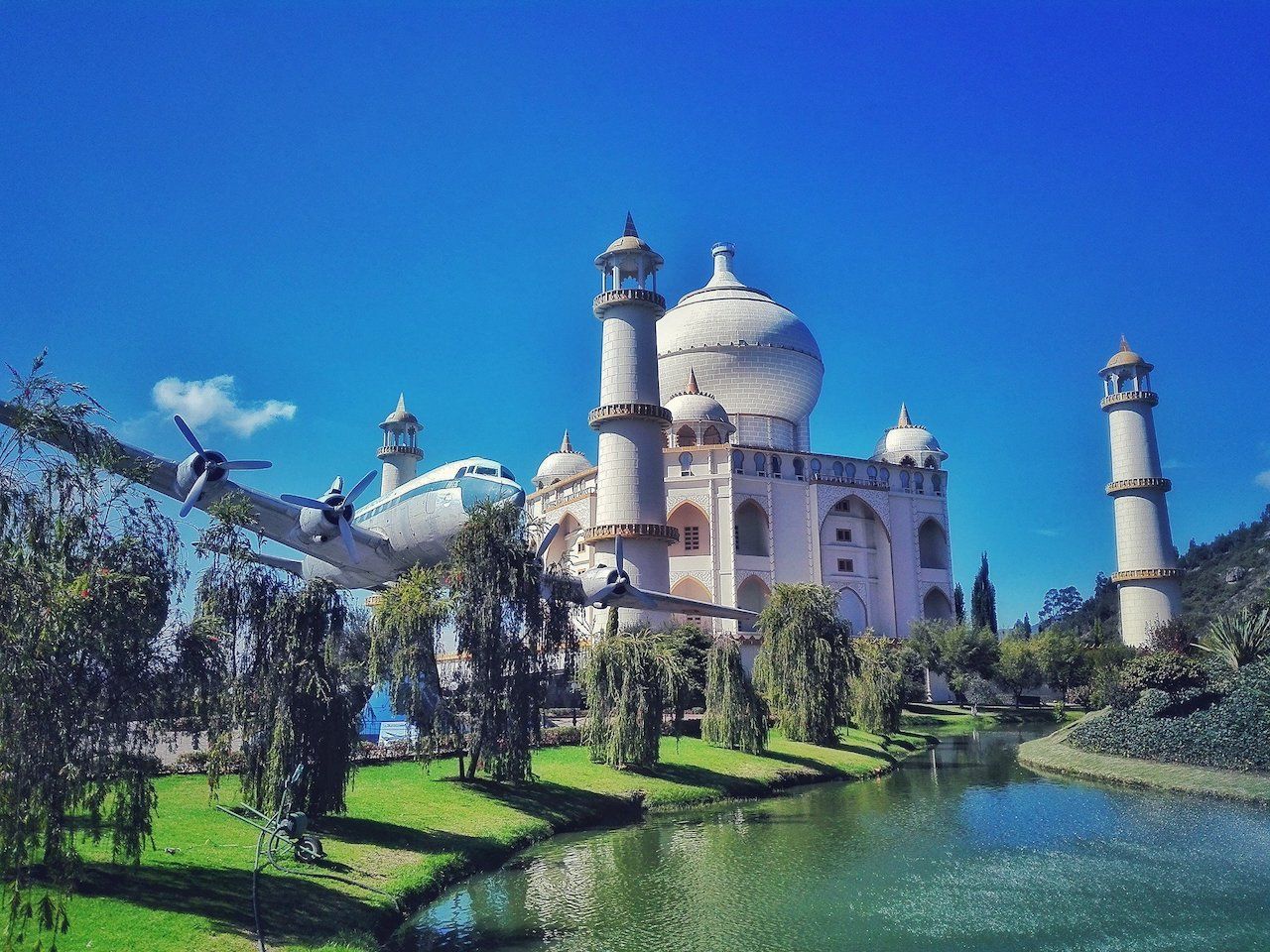 Parque Jaime Duque, one hour outside of Bogota, Colombia, is an odd mix. It’s a theme park with replicas of famous monuments such as the Taj Mahal and the Seven Wonders of the Ancient World; huge sculptures of aircrafts and dinosaurs; decommissioned military ships; a colorful medieval castle; mechanical attractions like a monorail train, bumper cars, and a carousel; a biopark with birds, deer, and primates; and the like. The park is family friendly and, despite featuring a strange assortment of attractions, is educational and a ton of fun for kids. Admission is $34. 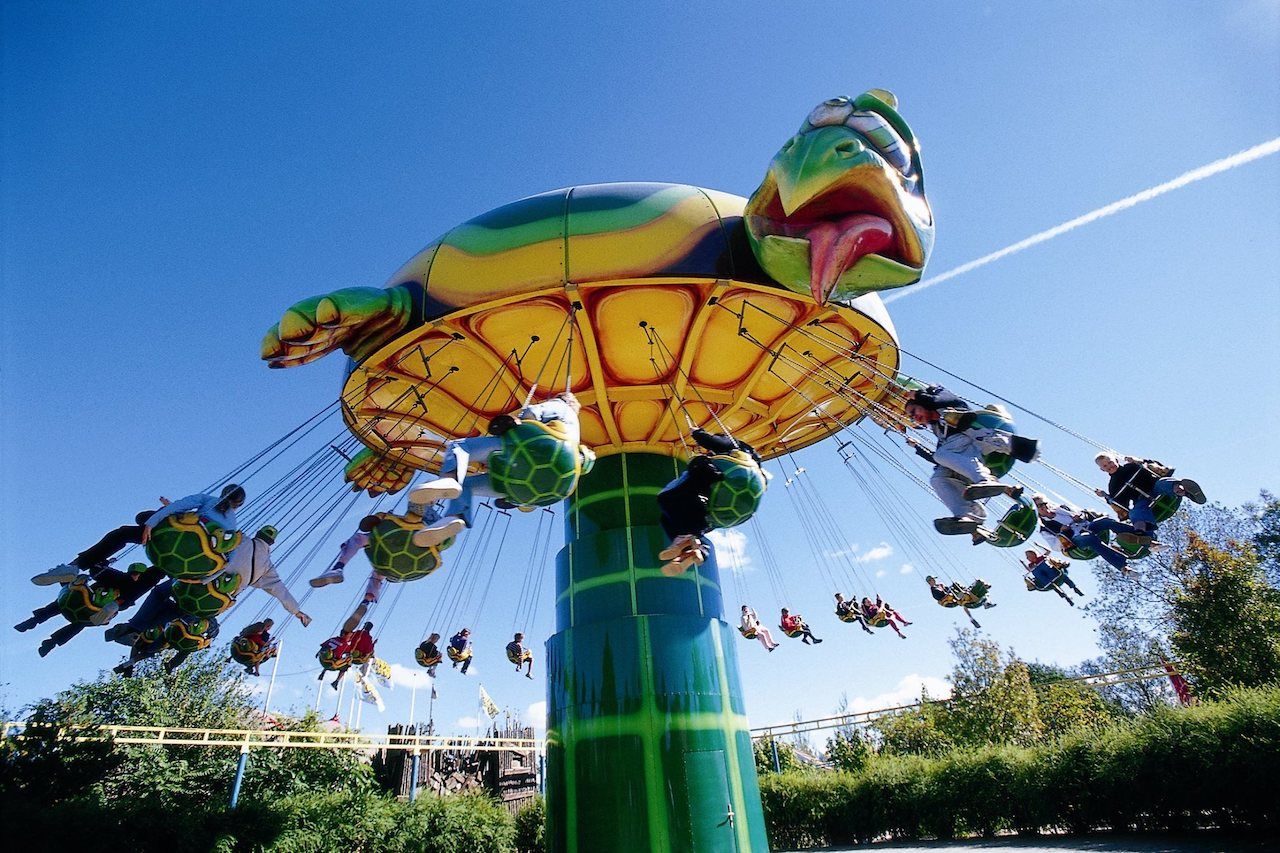 This place might the closest thing to a real-life, upside-down Willy Wonka’s Chocolate Factory. Located in Holmegaard, Denmark, about 50 miles southwest of Copenhagen, BonBon-Land is a confection-filled dream for kids and very immature adults. The owners of a candy factory decided to open a theme park in 1992 with rides featuring the same wackily named chocolate treats. Seagull droppings, ear wax, and dog farts are among the juvenile sweet treats you’ll find in BonBon-Land, in addition to dozens of rides such as “Dog Fart Rollercoaster” and “The Water Rat.” Imagery around the park is consistently crass, with depictions of vomiting rodents and urinating ants. If you just heard “urinating ants” and thought “sign me up!” then admission costs $23 per person. The park reopens for the season on April 27. 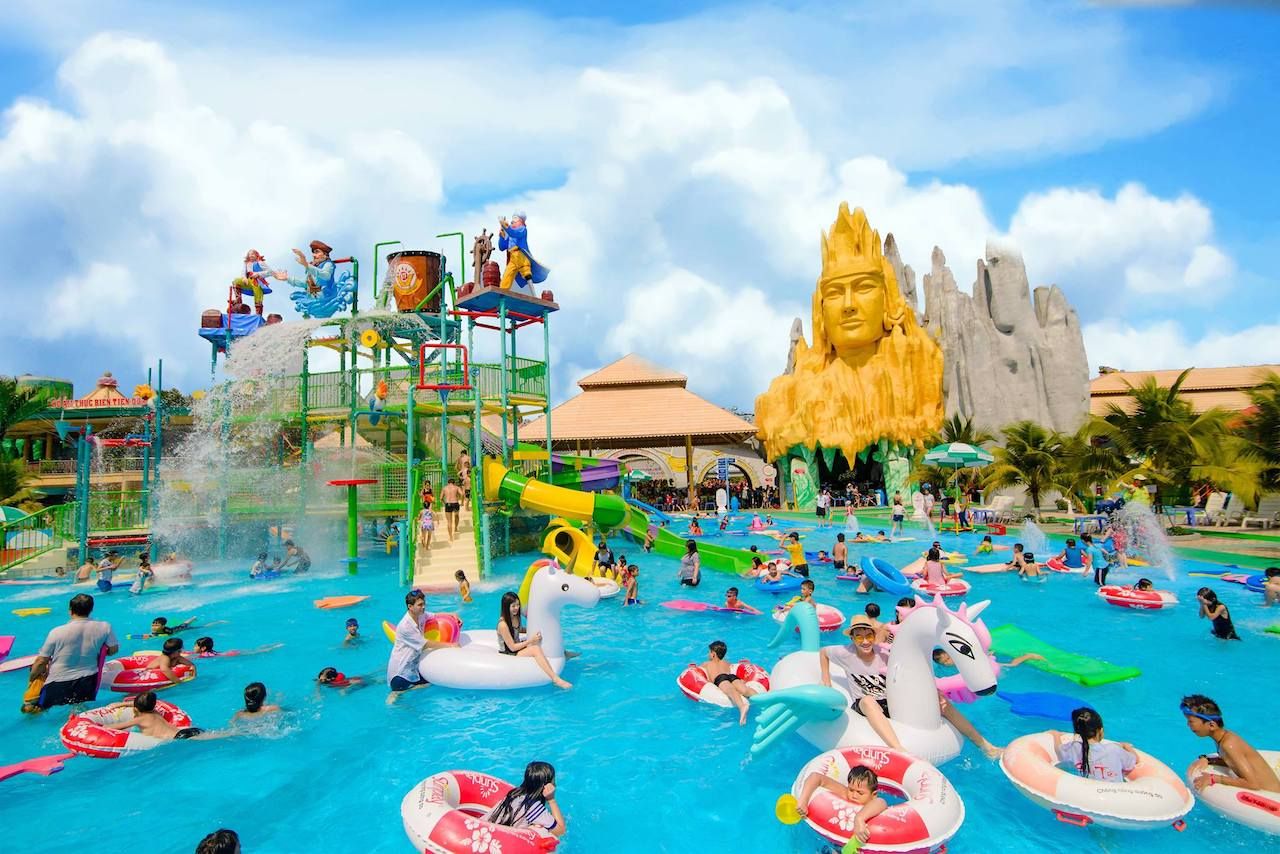 Suoi Tien Park is a huge theme park 40 minutes away from Ho Chi Minh, Vietnam, with an unusual aesthetic. Although there are the run-of-the-mill theme parks attractions such as water slides, roller coasters, waterfalls, and a ferris wheel, the park is decorated with Vietnamese history and folklore, as well as with Buddhism in mind. There are dragons, Buddha statues, temples, a wishing tree, and arches, but there are also seemingly out-of-place medieval castles and sculptures. One of the park’s most striking (or startling) features is a crocodile farm with about 1,500 crocodiles, which you can actually feed. Park prices can be found on the official website. 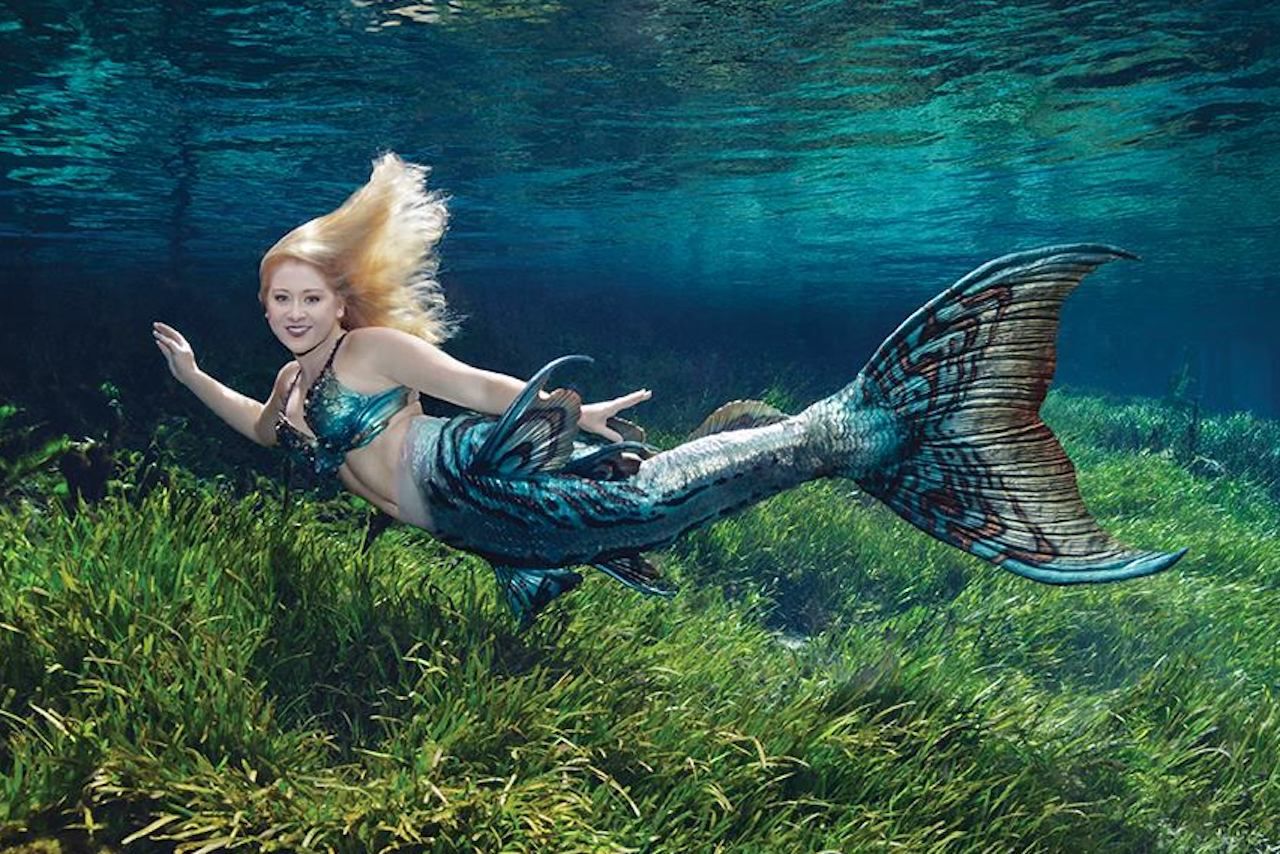 The Weeki Wachee Springs State Park in Florida is a spot made for those whose childhood dreams were to be Ariel and live under the sea. There are mermaid shows, including performances of Hans Christian Andersen’s The Little Mermaid, as well as river boat cruises, lazy river floats, kayak and paddleboard rentals, a sandy beach, waterslides, and wildlife shows to fill your days. The mermaids are trained performers who thrill audiences with tricks like eating and drinking underwater. Tickets cost $13 per person from April 18 to November 5, and $8 per person during the rest of the year.