*All photos by the authors

Heading out to sea with a Nicaraguan fishing crew at 4am.

Building a yurt with a family of nomads on the Mongolian steppe.

Cruising around town looking for grub with a Guatemalan mechanic.

In the past year, we’ve driven through over 25 countries. We have a lot of travel highs and a lot of travel lows, but wherever we are we really try to dig into the local scene. And we mean scene literally. We’re filming a TV series documenting our drive from NYC to Argentina, and the places and people we meet along the way. We’re constantly searching for stories, and our searches get us into the kitchens of restaurants, the homes of locals, and the heart of local festivals.

We used to think these amazing situations were happening because of our camera. But we’ve realized that there’s actually a formula to making deeply authentic experiences happen, and the camera isn’t part of it. You don’t need a video camera to travel like we do.

Here’s how we approach any travel scenario:

No excuses — whatever country you’re in, whatever language you’re speaking, the first word you learn is hello. No conversation starts without a hello, so let it come from you.

We’ve always been amazed that “people in X country are so much friendlier and happier to talk to us than they would be in New York!” But that’s because we’re likely throwing out a lot more hellos than we would be in New York. Strangers don’t really say hi to us in NYC. If they did, we probably would say hi back.

When we stopped to check on a friend’s broken down car on a village road in Tajikistan, a well-placed hello to the right person (now our friend Sino) led us to being guests of honor at the town’s lively party going on up the street. Only feet away from Afghanistan, a night of Tajik dancing, facefuls of indulgent food, and a nervous cross-language toast ensued under the Tajik mountains. 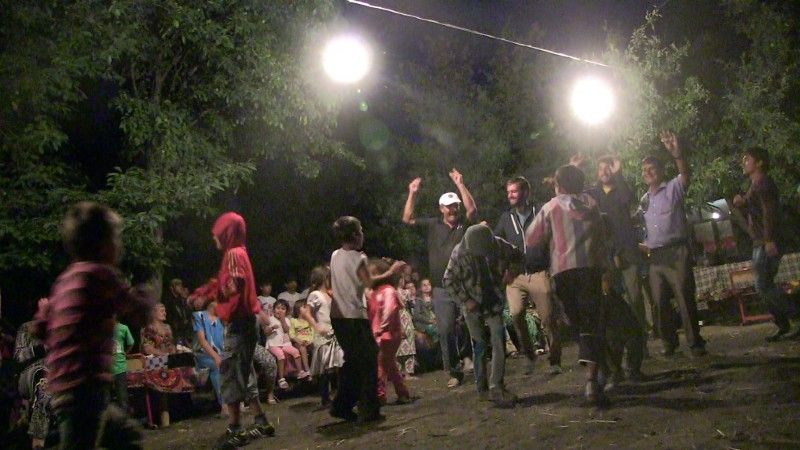 In earshot of Afghanistan, but nobody’s turning down the music. A well-placed hello lands us in a Tajik village party.

This is critically important. If you’re receiving a service, dealing with border guards, asking for something, anything — everyone has a name and you’ll rarely meet a person who won’t tell you theirs. This is the quickest way to turn any encounter from transactional to conversational and get human to human with someone in very different shoes than you.

Striking up conversation with the guy serving our pizza from a truck got us a safe place to stay in Leon, Nicaragua – Oscar invited us to tent up safely in front of his house in the middle of the city. It was a busy street with traffic and noise, but we had our (free!) spot and passed the evening making friends with the neighbors. 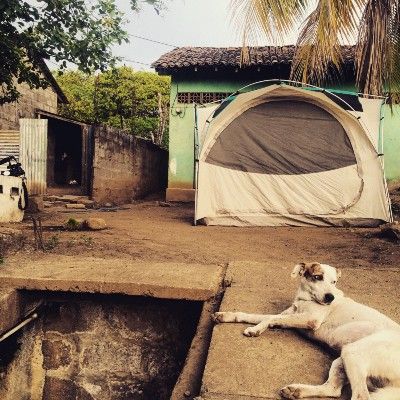 In Nicaragua, a slice of pizza sometimes comes with a safe place to tent up for the night.

Ask questions and try to understand the world from their side.

By traveling you are inserting yourself into someone else’s world. You can get a surface idea of what they’re up to, but why not ask questions to get yourself a little deeper? How long have they been doing that thing they’re doing? How long have they lived here? How has the area changed in their time here? Do they have kids? What hopes do they have for their children?

Politics, money, and religion are generally off limits when you’re home, but if you’re having a good conversation, don’t be afraid to get out of your conversation comfort zone. Just don’t be surprised if they reverse the questions on you.

We spent a few nights with a Guatemalan family in little-known Aldea Guineales, and realized that not all illegal migrants to the States are trying to chase the American dream. In fact, a lot of them would just like to save up some money to come back and enjoy life with their families right here. After eating home-cooked meals, touring our hosts’ coffee farm, and bathing in the town’s scenic, untouched hot springs, we knew why. 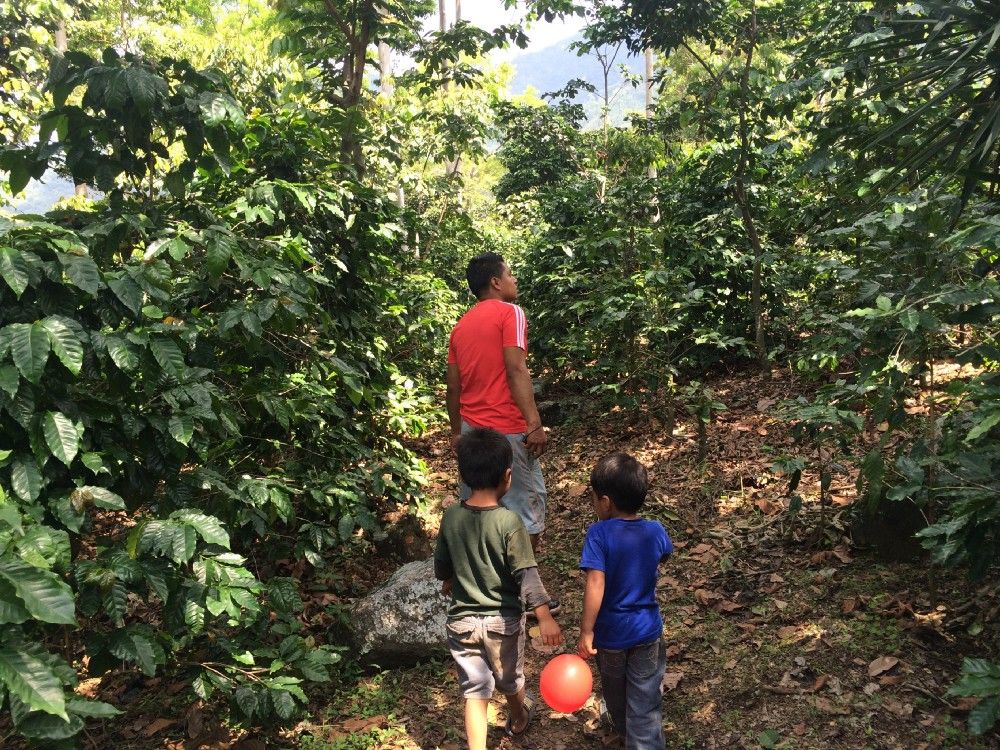 This farm helped keep our coffee addiction alive and kicking. And for this we are grateful.

Get to know the before and the after.

A lot happens before and after you enter a scene. If you’re in a restaurant, why not ask where the food comes from? If you’re dealing with a mechanic, why not ask what he does in the evenings? Ask to see how they’re cooking your dish in the kitchen, or if you can visit the market with the chef in the morning. Don’t turn down an invitation to enter your new friend’s house to meet his or her family.

In rural Nicaragua, a fisherman and his family invited us over for fish dinner. But one of us (Eric) was curious about how they would get the fish — and ended up on a fishing boat with a four-man crew at 4 o’clock the next morning. It made for epic footage and an epic experience.

L to R: Eric tries to find his place in the crew; from ocean to table in under an hour; full bellies and great spirits.

People often think their day-to-day lives are boring. Be their most interested face of the day. Remind them that what they’re doing is the most fascinating thing in the world to you in that moment. Your attention is the greatest gift you can give someone, so pay attention to people like they’re telling you next week’s winning lottery numbers. Don’t take out your phone to take a picture until later.

Charlie, our mechanic in Guanajuato, Mexico, fixes cars all day, every day. But when Charlie worked on our car, we couldn’t quit following him around the underbelly of our car and asking endless questions about his work — after all, our car was in his hands. We discovered a man with real passion for his cars. Charlie rewarded our personal interest in him and his work by calling up some friends and putting on an impromptu car show for us.

Laugh. It helps everyone relax, and brings out the kinder, more open side of people. Even if you can’t speak the same language, laughing is universal.

Driving through Kyrgyzstan in the summer heat, water was scarce but watermelon was everywhere, sold roadside every 100 feet. We caught onto the watermelon craze and gave ourselves a challenge – empty everything from our car and see how many watermelons we can fit in and on top of it. Then, we drove around Bishkek handing out watermelons to anyone who wanted. We couldn’t speak the language, but we had genuine bouts of laughter with damn near everyone in the city. Those passing moments of shared joy made it all worth it. Also, the answer is about 52 watermelons. 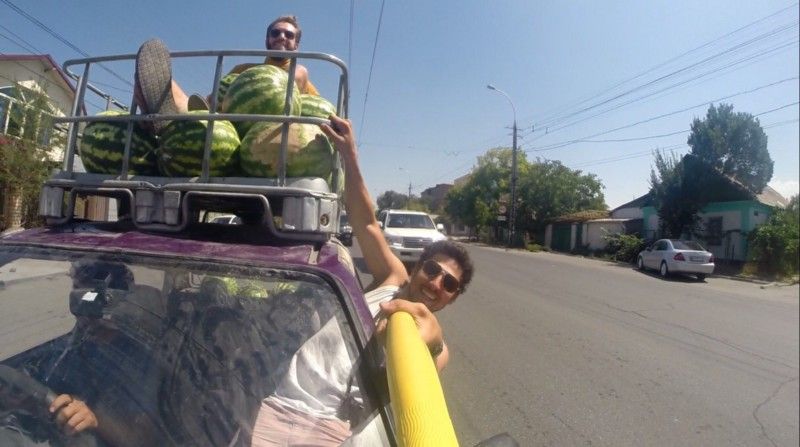 Calling everyone in Bishkek: WE’VE GOT WATERMELONS!

See what you can contribute.

There’s a common sentiment that you should give more than you take in life. You’ve made yourself more vulnerable than usual by venturing out into an unknown place and you’ve been rewarded with a truly authentic experience with some locals that had no real reason beyond basic goodness to give you the time of day. You know your host better than most visitors now – what small token or act would be most impactful to them? The answer is usually not money. Give it some thought. The more practical the better.

We’ve made a lot of friends in El Transito, the rural Nicaraguan fishing village where we’ve spent the last few weeks. Tomorrow morning, we’ll lend our hands to help our friend Catherine upgrade her family’s dirt floor to something a bit more durable. 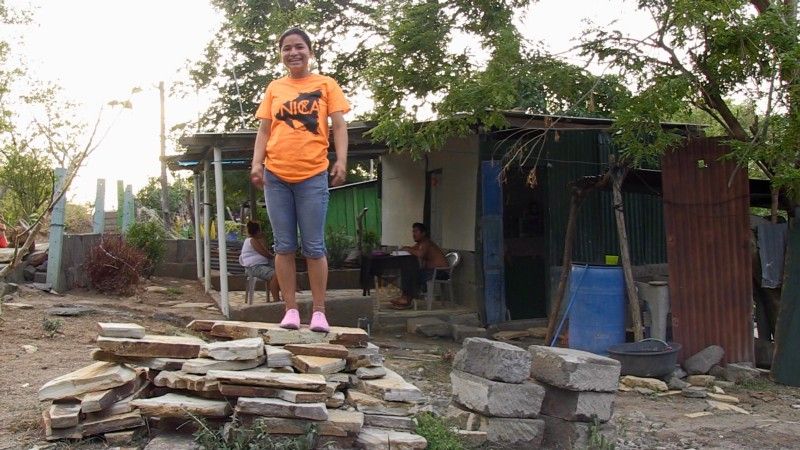 Tomorrow we’ll help Catherine make sense out of that pile of rocks. Does anyone know how to make a floor?

This article originally appeared on beyourself and is republished here with permission.

TravelHere’s Why You Should Try To Travel To the World’s “Dangerous” Places
Tagged
Narrative
What did you think of this story?
Meh
Good
Awesome