It’s March, and while there’s no bad time for a Guinness, this month is an especially good one for anyone with St. Patrick’s Day on their mind. The famed Irish dry stout that has it’s own codified perfect pour is far more Irish than any green beer you may see on the menu, after all. Depending on where you’re at in the United States, that perfect pour may be incredibly affordable or cost a pretty penny. FinanceBuzz, a publication meant to help with your finances, crunched some numbers to find which states have the most and least expensive price on a pint of the cold, dark, and creamy stout. 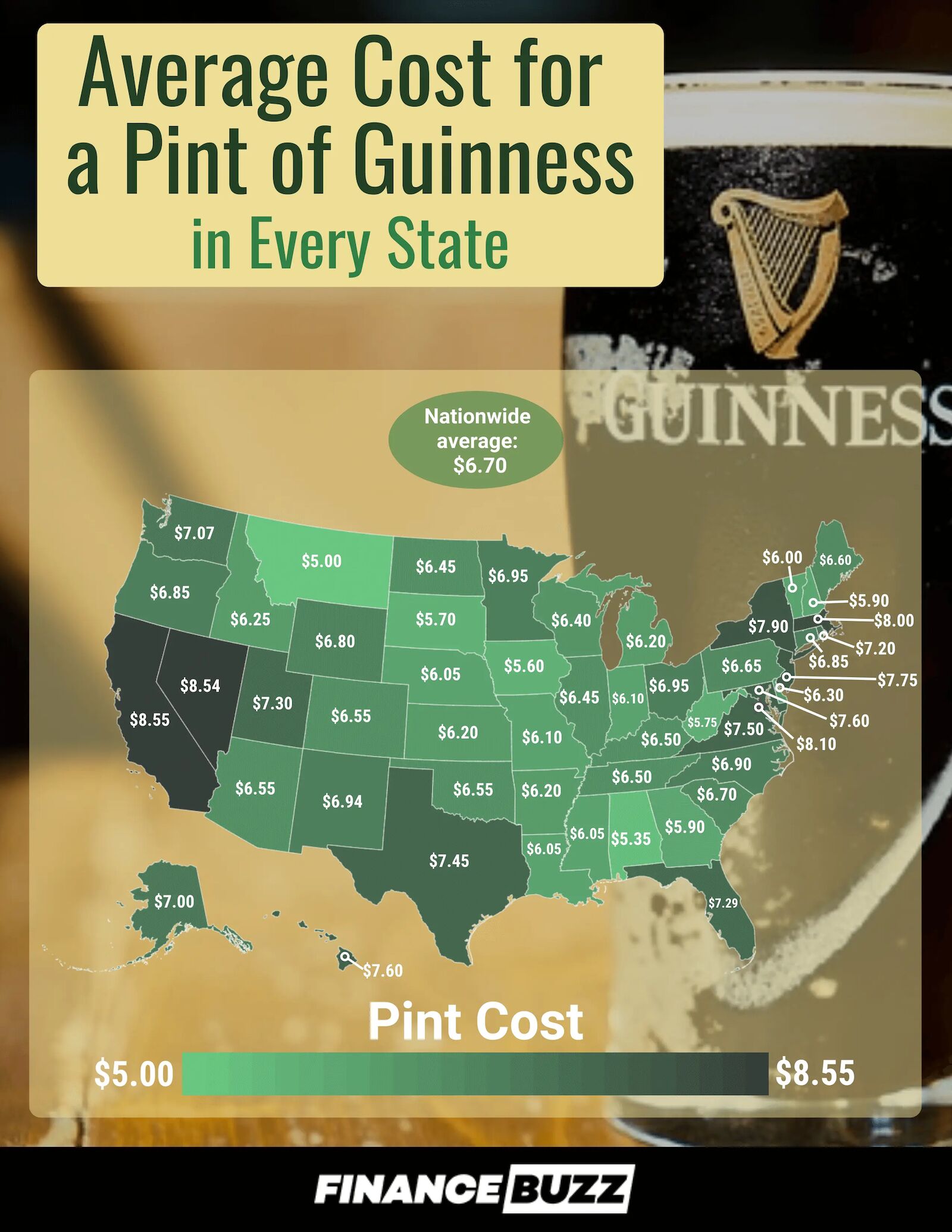 A pint of Guinness runs for more than $8 in only three states (and one district). Six out of 10 of the most expensive places to buy one are on the East Coast, but the most expensive state to buy a Guinness is California. This $8.55 beer matches the state’s high cost of living.

The most expensive states for a pint of Guinness:

If you’re looking for the cheapest pints, you’ll have to head to the plains and the South. Montana took the award for the lowest price point with an average pint price of $5 — more than $3 cheaper than the three highest-priced places.

The cheapest states for a pint of Guinness:

To find you the cheapest pint of Guinness, FinanceBuzz averaged five different pubs or bars in each state from online menus to find the average cost per pint. Guinness is traditionally served as a 20-ounce imperial pint, but some bars in this analysis serve a 16-ounce American pint instead. So keep in mind, this data may not reflect your hometown. All that said, these averages are an interesting look at what you may expect when you order a pint this St. Patrick’s Day.

Tagged
Beer News United States
What did you think of this story?
Meh
Good
Awesome