Thailand is an entry point to Southeast Asia for many travelers, drawn by the allure of fresh street food, cheap lodging, and epic parties. Many of those visitors, however, stick to a well-trodden route — namely Bangkok, Chiang Mai, and Phuket — and leave a vast majority of the country uncovered. This is their mistake, and you should use it to your advantage. Not that you don’t need to see those places, but a comprehensive Thai experience includes a visit to Hat Yai. This southern Thai city is both cheaper and less frenetic than Bangkok. Explore slightly further than the metropolis and you’re in a completely different domain — a land of open beaches and a massive seven-story high waterfall. Here are five reasons why you need to visit this underrated Thai city. 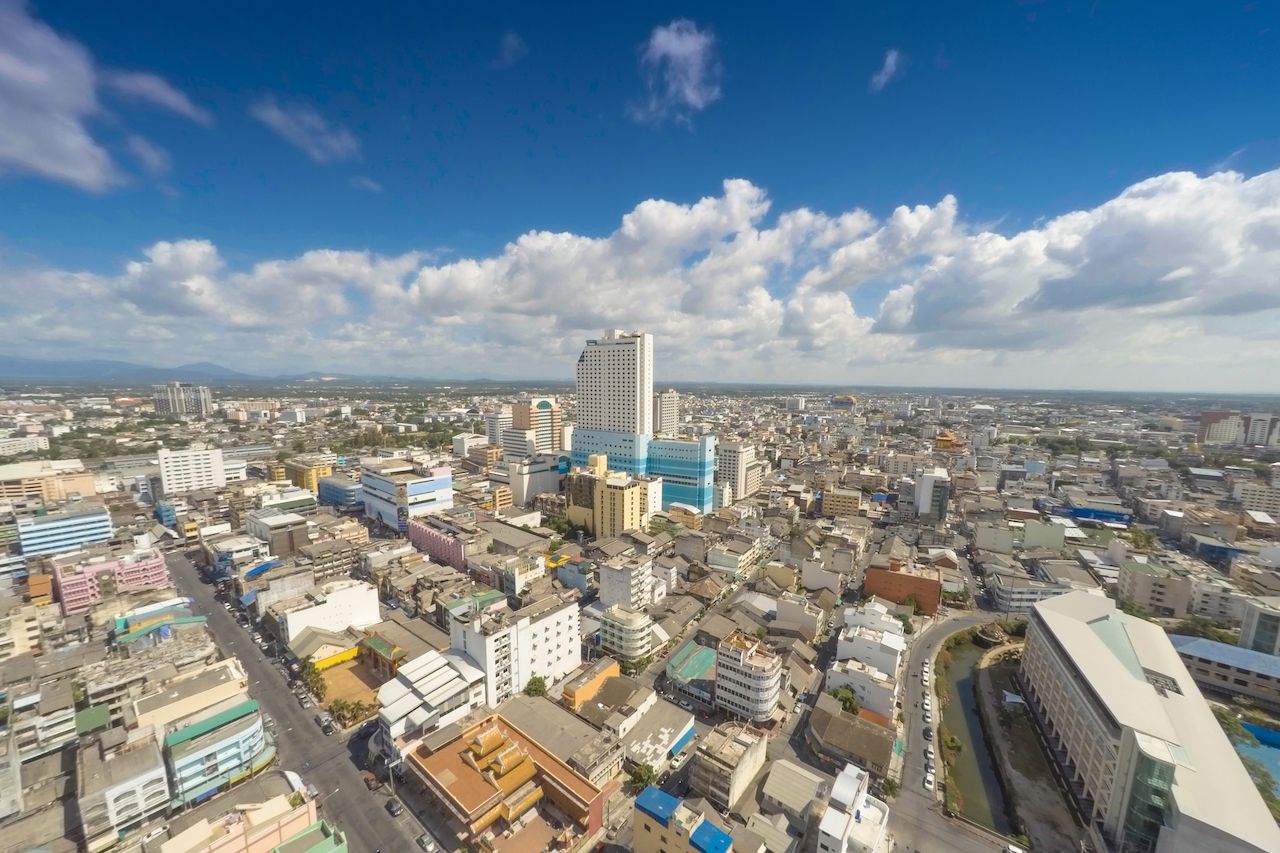 Hat Yai’s stark difference compared to destinations more popular with western tourists is the type of traveler it attracts. Not to bash the city’s nightlife, but being somewhat of a travel secret of its own, this southern hub shies away from the pulsating nightclubs found in the capital and on the islands. Its tourism is built mainly of Malaysian and Singaporean visitors, attracted as much by the natural surroundings as the city life itself. It’s a smaller city, but even then, the lack of western tourists is surprising because, besides the cosmopolitan flair of rooftop bars and shiny hotel-operated riverboats, it has most of the things that appeal to Bangkok visitors. And it has them for even less money.

It’s still totally possible to spend under $200 over the course of three days here. A plate of Pad Thai can be found for $0.80. Mango sticky rice is even cheaper at $0.30 while in Bangkok, you’ll pay up to $2.55. A tuk-tuk ride across the city will cost you about $0.60, and it may be even cheaper if you’re riding with others — the cost of transport is typically shared evenly among all passengers.

The restaurant scene, like the nightlife scene, is also far more casual than that of Bangkok. Pull up a stool at a random street vendor and settle in for a plate of mango sticky rice or coconut ice cream, both of which are common and cheap. Due to the high number of visitors from Malaysia, you’ll also find many stalls catering to the Muslim tourist. Expect to see plenty of fusion dishes you wouldn’t find easily elsewhere in Thailand — just don’t expect to see a lot of pork. Order a freshly caught crab dish instead and, per a local’s tip, top off your meal with a foot massage from the nearest massage vendor for a truly chilled out experience.

2. The day markets are beautiful and relaxing. 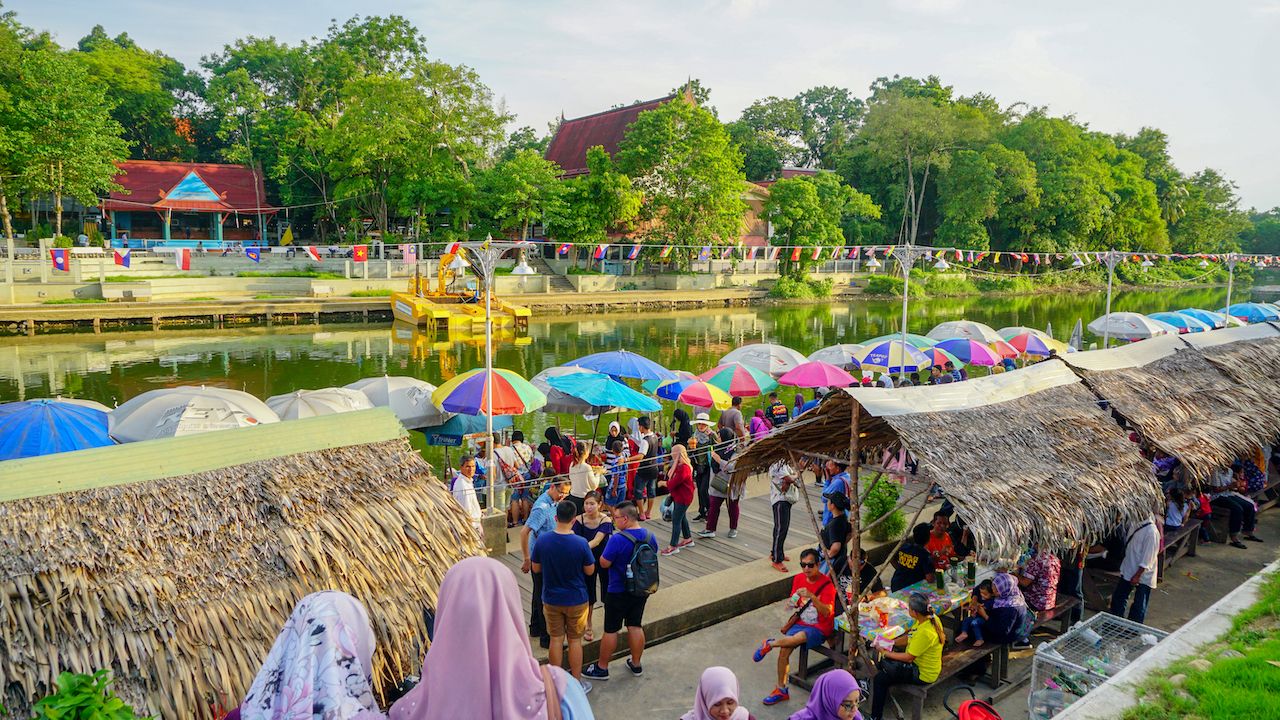 The Khlong Hae Floating Market is a big part of local life in Hat Yai, and the ease of experiencing it and lack of crowds separate it from Bangkok’s. Here, vendors pull their boats up to the water’s edge and hawk wares straight to buyers. To fully soak up the atmosphere, wander along the canal side and strike up a deal when something catches your fancy. The markets are only open on weekends, and the earlier you get there, the better, especially if you’re actually out to find a specific food item or souvenir.

Another popular day market is the Kim Yong Market on Supasarnrangsan Road. Tropical fruits, dried chilies, smoky grilled meats right off the grill, and anything you may have forgotten in your hotel room — a change of clothes, snacks, beachwear — are on offer here. This is also a great place to put those bargaining skills to good use. The city’s rickshaws line up along the roadside starting at around 6:00 AM, and you’ll want to get there early for the best pickings.

3. And the night markets are delightfully chaotic. 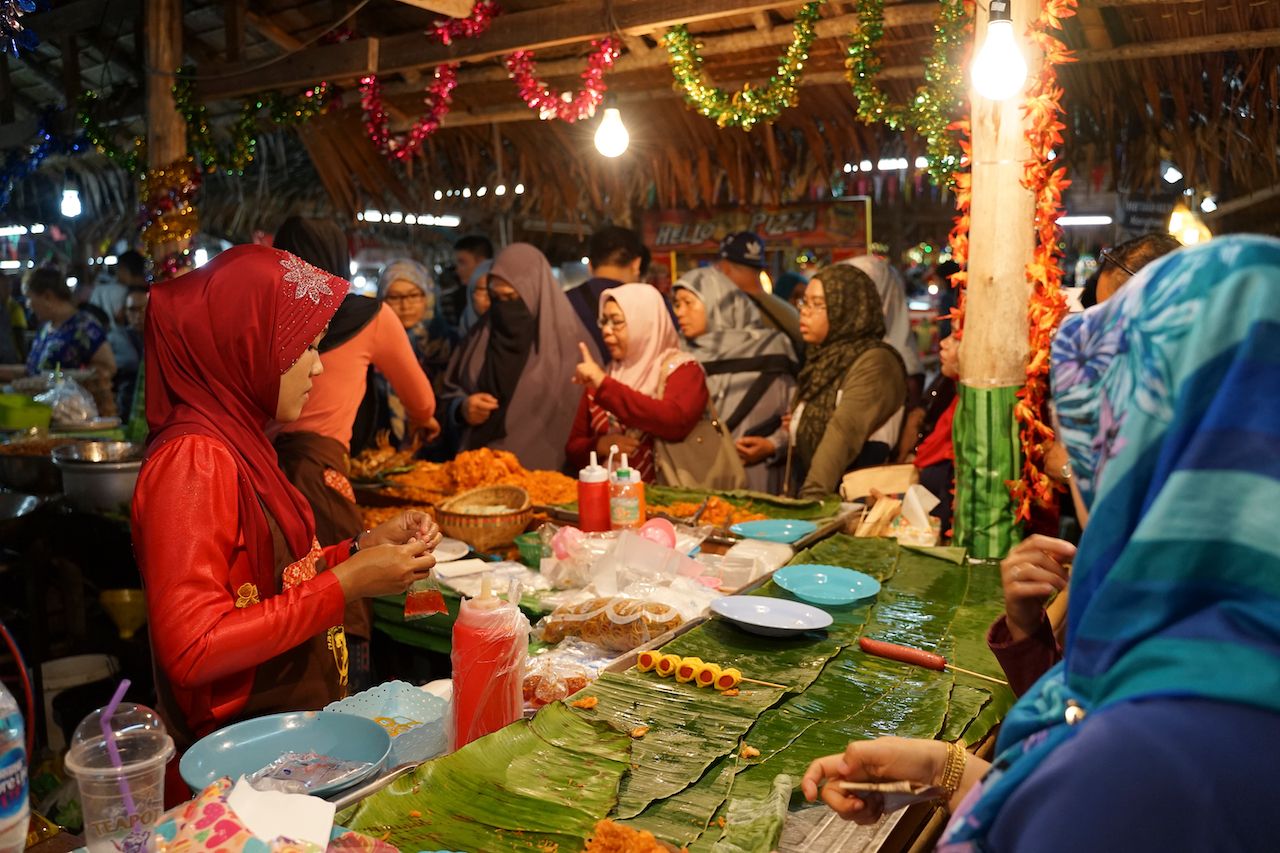 Hat Yai also has three separate night markets within walking distance of the center of town. The two-story Asean Night Bazaar is similar to the Kim Yong Market in its thorough diversity of offerings — but tailored to a more frenzied evening crowd that’s left the day’s to-do list far behind. It’s livelier, louder, and generally has the air of a raucous festival event. The largest and newest mall in southern Thailand, Central Festival, attracts all kinds of travelers and is the most streamlined of the bunch.

Next up is the open-air shopping at Greenway Night Market, which is more like a commercial mall than the Bazaar. Greenway Night Market is the city’s largest food haven and is divided into 26 zones, so be sure to note where you are when you come in. An almost overwhelming amount of stalls sell all sorts of snacks and finger foods like takoyaki, coconut jelly, and icy blended drinks. Among the most popular is a stall called What Koa Cheese by TTT. Similar to an Amsterdam fries shop, this vendor serves generous portions of hand-cut fries. In addition to the traditional hot and melty cheese sauce, you can have your fries slathered with nori, BBQ, paprika, or pizza sauces. All this should run you only $1.50.

4. You can easily escape the city for a hike in the forest. 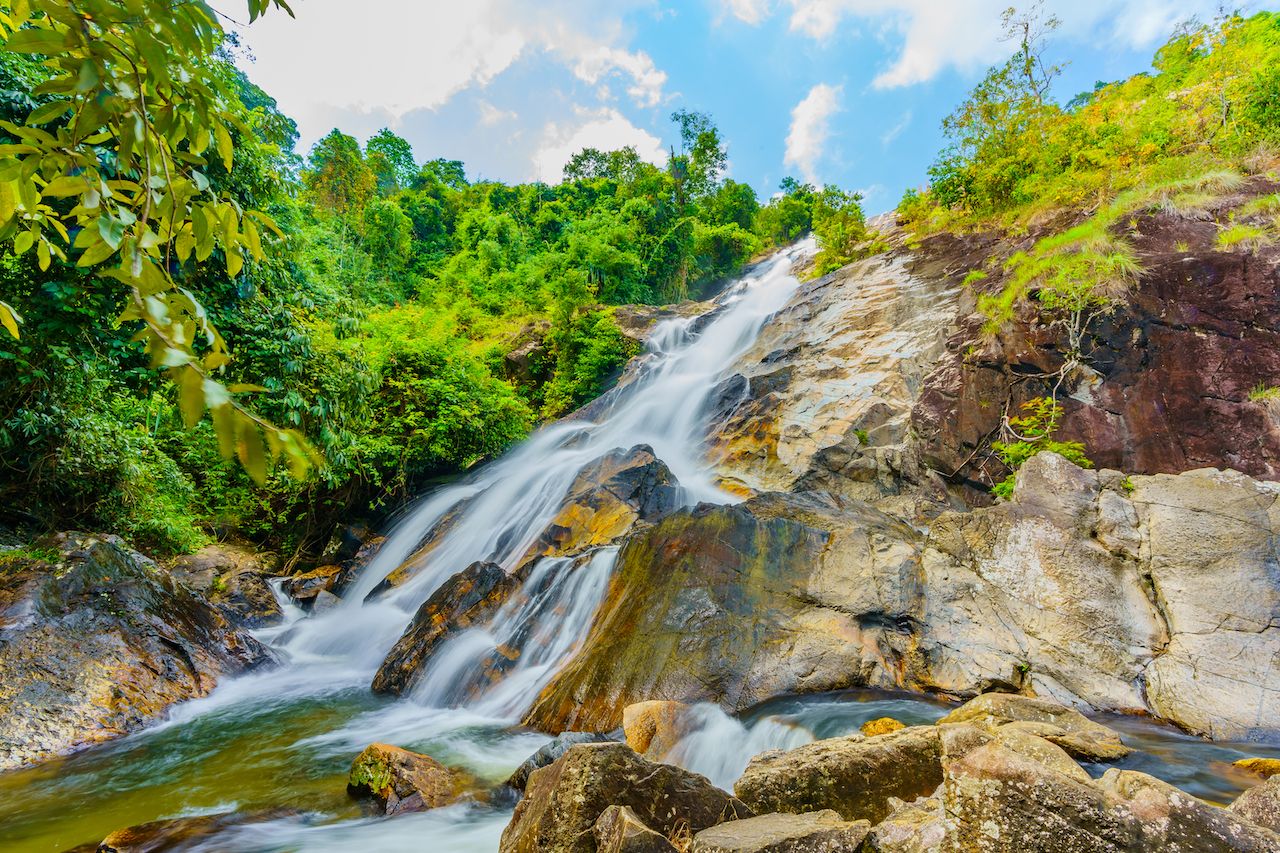 Part of city travel is getting out of town for a dose of nature, and the best place to do that near Hat Yai is the seven-story Ton Nga Chang Waterfall, the top attraction in the wildlife sanctuary of the same name, located about 17 miles outside of the city. Reach the sanctuary by motorbike or by hiring a tuk-tuk, a trip doable in a half day or less. Most visitors stay down below the cliffs that the waterfall tumbles over, but if you venture up higher, you’ll enjoy views of the surrounding greenery without working up too much of a sweat (though this is Thailand, so don’t plan to be perfectly dry). The jungle vista from the second tier is already stunning, but once you’re up on the seventh, you have an unrivaled view of the huge primeval forest beyond the waterfall. Plastic bottles are not allowed on the trail, so it is best to bring your own bottle and have it refilled at one of the food stalls nearby. Do wear sports shoes as the excursion requires climbing up the steep slopes to the upper tiers. 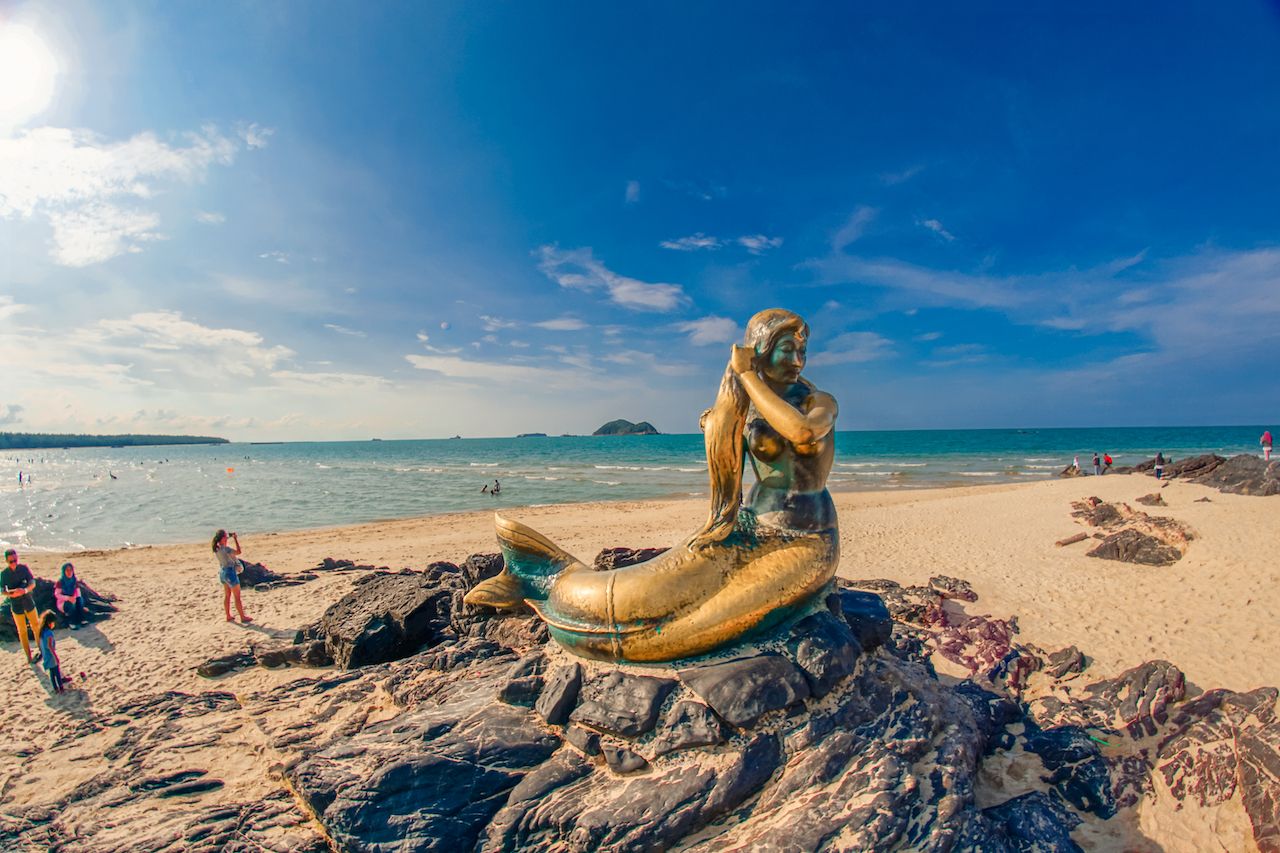 And, because you’re in southern Thailand, a trip to the beach is in order. The long stretch of sand and famous mermaid statue at Samila Beach are the city’s primary sunbathing spots. Though not as visually stunning as the beaches in Trang to the South, Samila is pretty darn secluded and still manages to offer some of the best scenery of the expansive Gulf of Thailand offshore. A five-minute drive from the beach leads you in the somewhat hidden Khao Kao Saen, a scenic park and fishing village a couple of miles outside of town with a temple at the back open to the public for worship or a quick walk-through. Few non-Thai visitors travel here, making this is your best chance to find a bit of solitude. With massive and jaunty rocks to climb on, you’re bound to find an ocean view that rivals those in Phuket.

Food + DrinkThe Definitive Guide To the Best Street Food in Thailand (and Where To Find It)
Tagged
Travel Insider Guides
What did you think of this story?
Meh
Good
Awesome