Want to know if you’ve got what it takes to land the best job ever in the history of the world? Scroll down to the flowchart.

Fluency in both English and social media

Must be a permanent student of life

“The ability to parachute into a place and distill its essence and to render a compelling tale with words and images.”

As of this morning, 3,100 people have applied. It remains to be seen if this is some sort of Suzanne Collins-esque social experiment. Either way, applications are due on October 31, 2017. May the odds be ever in your favor. (And can we all say a quick prayer for the poor souls who are currently wading through over 3,000 applications?) 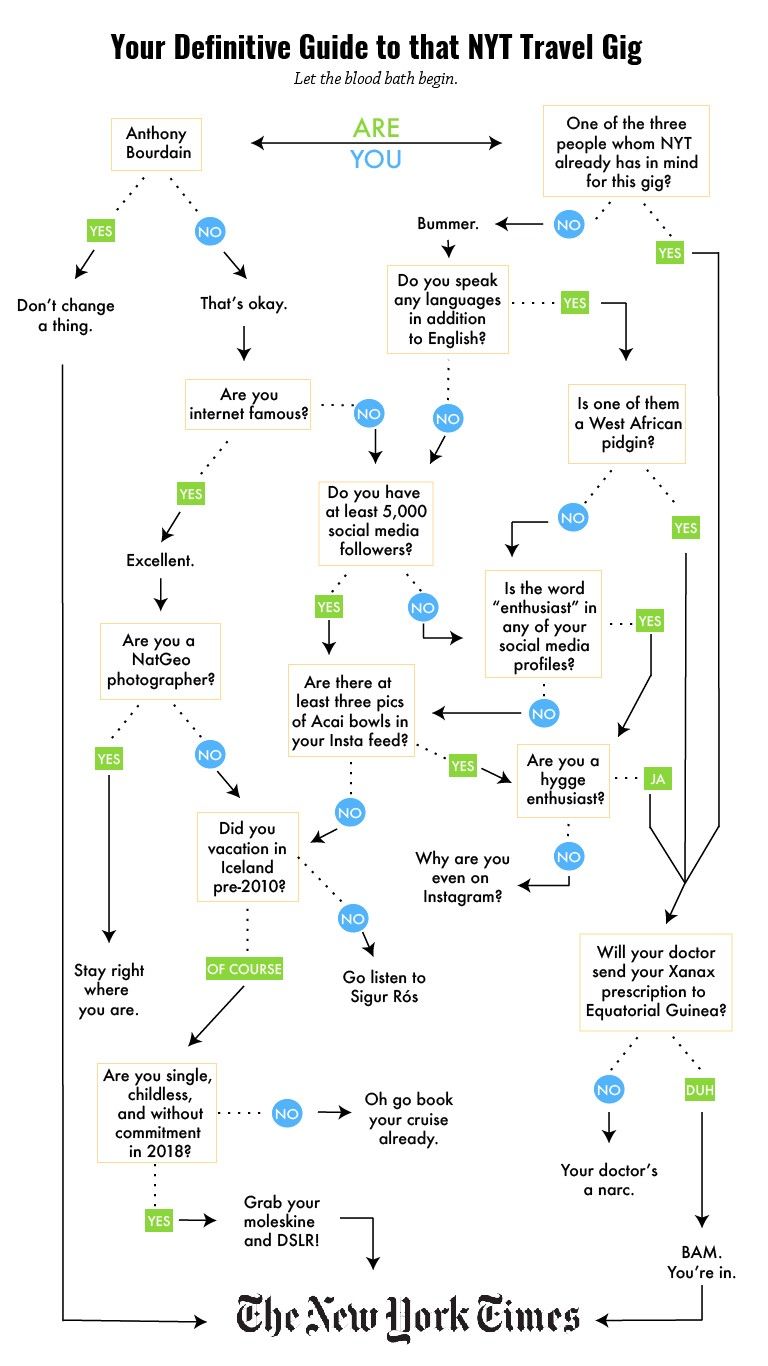 Travel Jobs23 Awesome Travel Jobs and How To Get Them
Tagged
Humor
What did you think of this story?
Meh
Good
Awesome