In an exciting announcement published earlier this year, scientists and engineers at ETH Zurich, a university in Switzerland, announced they created a fully autonomous robot that’s able to hike. The implications may be a bit frightening to some, but they’re also super-exciting, as they may have extremely useful implications for what hiking and national park trips look like 20 or 30 years into the future.

Researchers first created a four-legged robot (not a human-like, bipedal robot) called ANYmal, and outfitted it with the tools it needed to survive in rugged environments. That includes contact sensor “feet,” a protective case for a battery, a laser scanner to “see” its surroundings, and joints that allow its legs to move in all directions. Then, they subjected it to various hiking, elevation, and terrain conditions, eventually leading ANYmal to learn to use its visual sensor to read objects like rocks, roots, and loose scree fields. Based on its readings, ANYmal can appropriately gauge where to step, how hard to step, where to balance its weight, and make other on-the-fly decisions that can cause even experienced human hikers to trip. ANYmal even has a sense of touch to distinguish different types of terrain.

Here’s a video from the researchers with the basics:

How skilled is this hiking robot?

Try not to be jealous, but ANYmal is pretty talented — and not just for a hiking robot. Researchers put ANYmal to a real-world test on a hike up Lake Zurich’s Mount Etzel, and it covered the 400-foot, roughly one-mile hike in 31 minutes. That’s four minutes faster than the average hiker. But more importantly, ANYmal did it without any trips, falls, missteps, or ankle rolls. Researchers said in the published study that they expect ANYmal to get faster as it continues to learn how to read terrain.

What are the future implications for hikers and adventure travel? 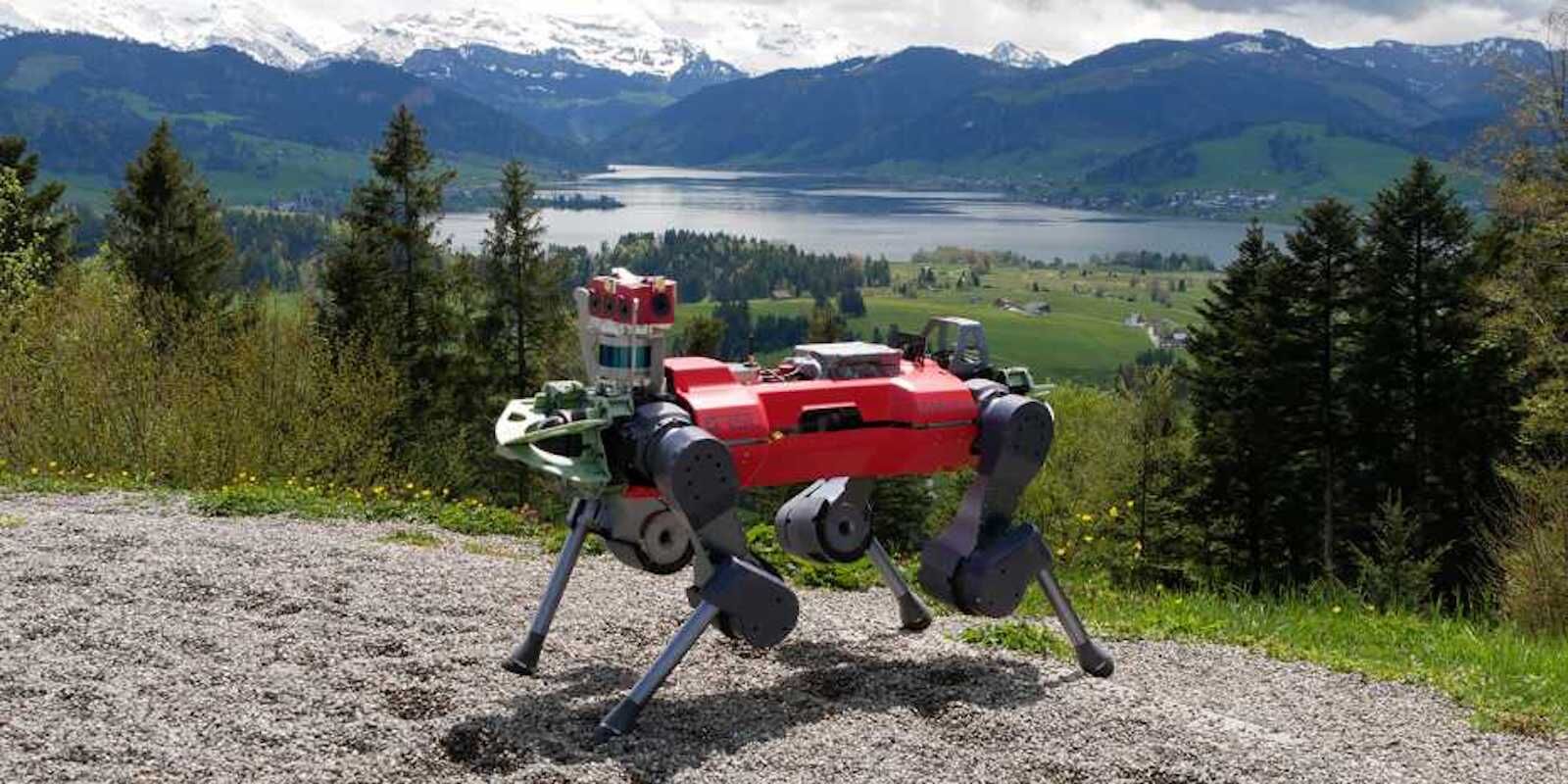 There are plenty of potential scenarios for the near and eventual future. It may not be all good news if you’re afraid of a robot uprising, but it turns out having hiking robots around may be an overall good thing for human hikers. 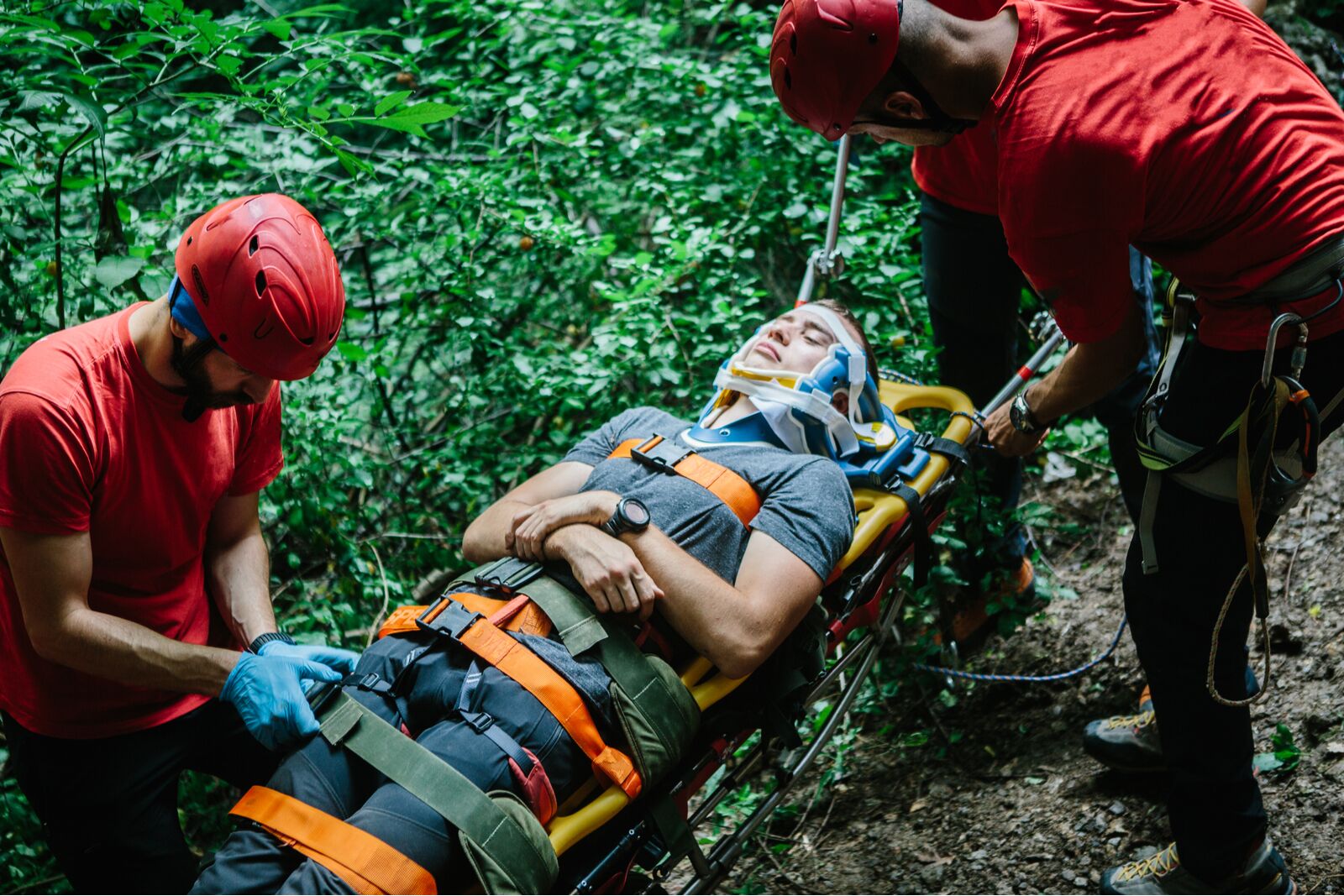 One of the tricky things about getting rescued from precarious spots — especially if you’ve fallen or gotten lost and aren’t on the actual trail — is getting the rescue team to you. Rescuers are humans too, and can only cover so much ground in a single day, especially if they’re carrying medical or emergency supplies. But that’s not a problem for robots, who can not only carry heavy loads but also hike 24 hours a day without getting fatigued. Sending a team of robots in advance of a human team would allow the hiking robots to quickly pinpoint your location, relay the information back to emergency teams, and get life-saving treatment to you quicker than ever.

Hiking robots, in theory, could also have superhuman hearing and vision, enabling them to hear even the weakest of “Help!” calls in the distance. And getting found faster is a key to surviving hiking accidents. 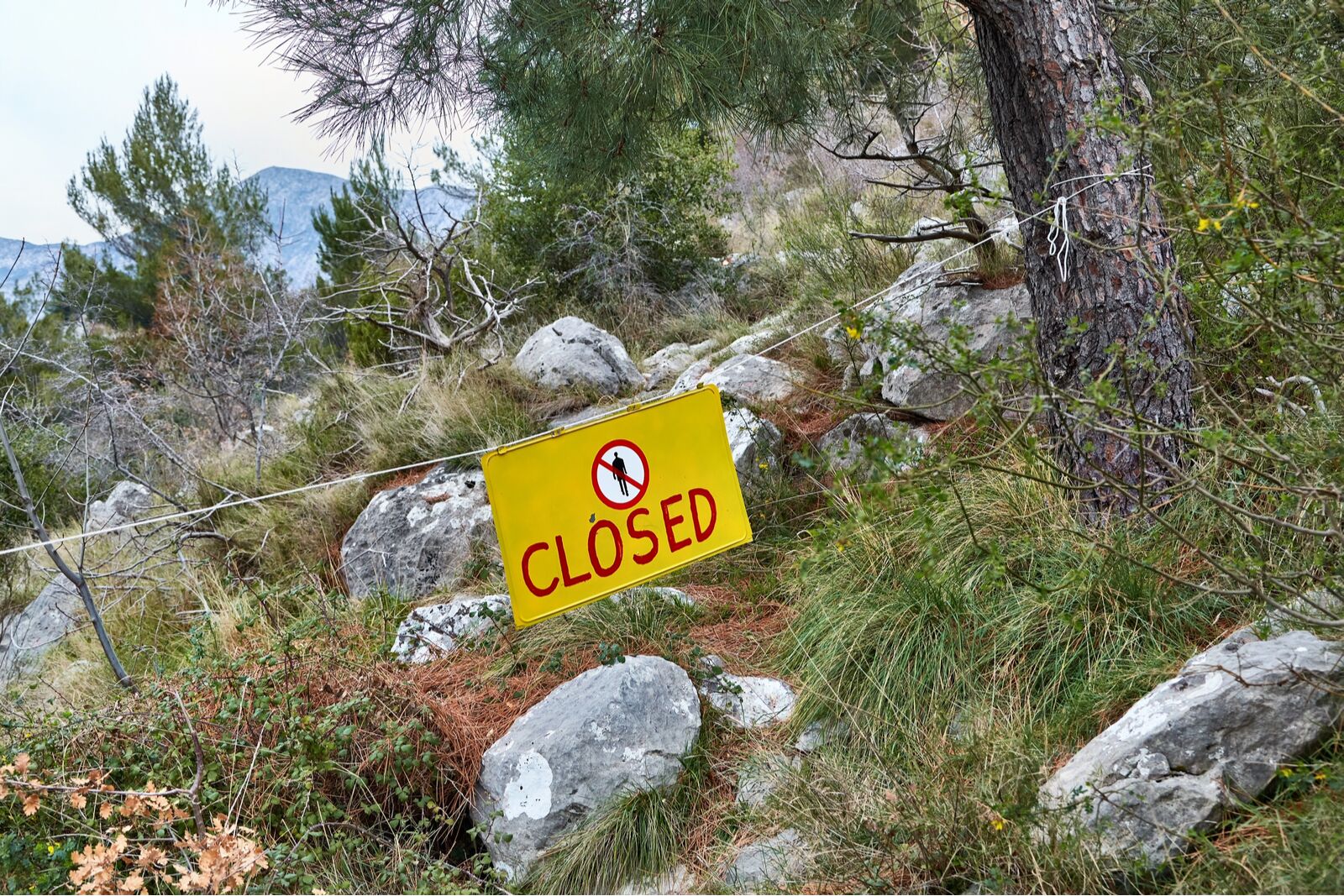 Most parks patrol seasonal trails before opening them to the public, especially in areas where heavy snowfall and wild winter weather can leave trees blocking trails or cause rockslides and mudslides. But since hiking robots can hike in more dangerous conditions than humans, they can be sent out earlier and more frequently to patrol trails. The robotic rangers could send back digital images and data of the trails, automatically marking everything from ready-to-fall trees to broken bridge supports to rare flowers that need to be marked and protected from foot traffic.

Researchers also point out that hiking robots could be sent in after natural disasters like earthquakes or human-caused disasters like chemical spills, relaying key data from environments too dangerous for humans to enter. 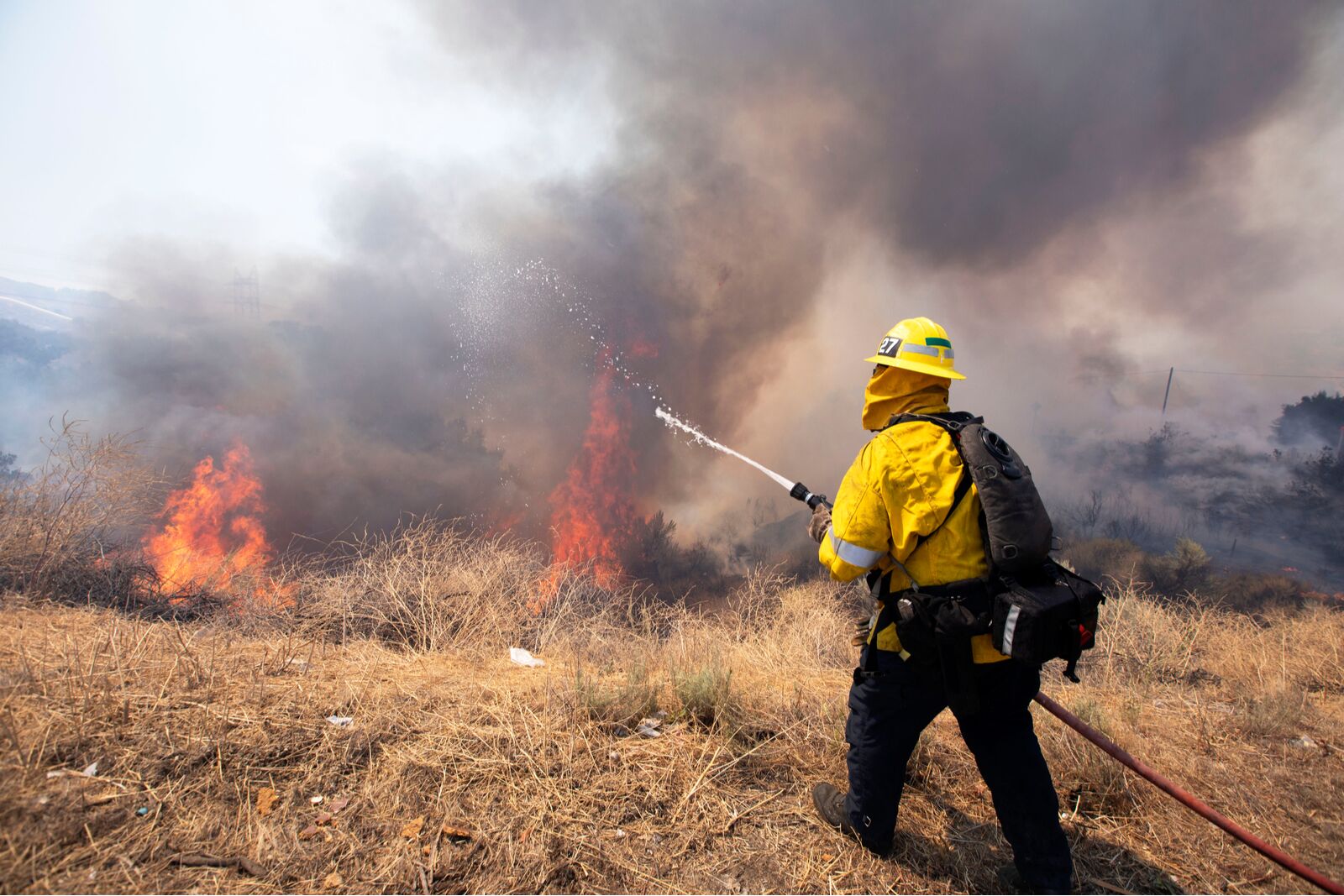 One of the biggest challenges of fighting forest fires is the lack of enough firefighters. Current-day wildfire fighters work incredibly long shifts, sacrificing their home lives, time, and safety to help protect the forests and towns we love most. But sending in robot forest fighters, especially if they can be produced at a cost where they’re easily expendable, could completely change the game. No longer would fire management officials have to make guesses about how and where to allocate valuable human staff, potentially allowing states to fight every forest fire at 100 percent immediately after they start rather than waiting until the fires become a threat to humans or property.

But if you know anything about forest fires, you know that forest management before fires begin is a hugely important part of reducing the number and size of fires. Researchers could potentially program hiking robots to take 3D images of wildlands and automatically label areas that are high risk for fires. That could include areas with significant piles of dead brush, areas where dead trees are clustered, or areas where fire breaks (clearings of forest intentionally cleared to slow fires) are overgrown and need to be retrimmed. The possibilities are endless, especially if you take into account a hiking robot’s potential ability to report danger in real-time. Some rescue and backcountry GPS devices can do this already, but they still require a human to operate.

Your hiking guide could be a robot 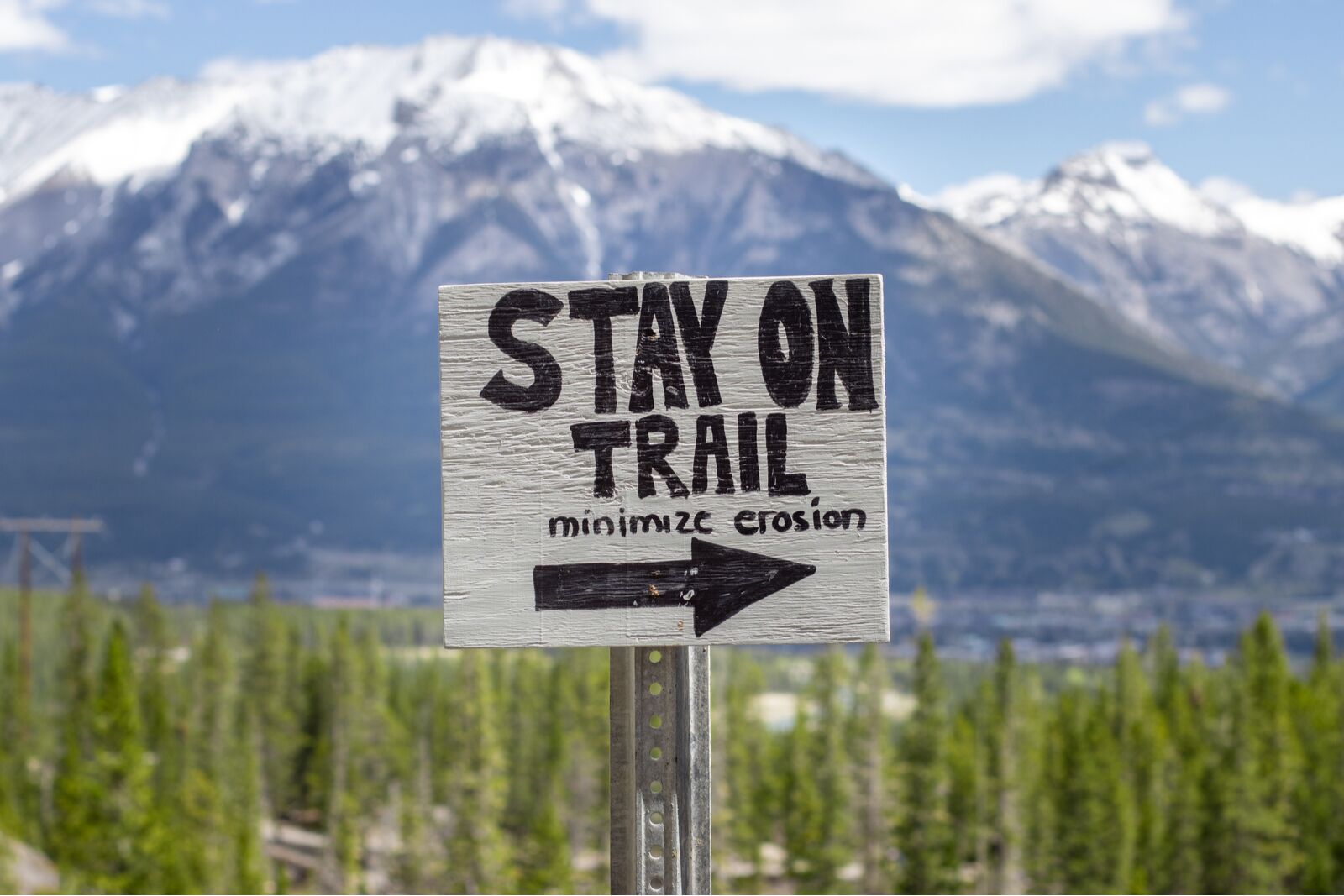 New hiker? Not sure of exactly which turn to make? Well, how about letting a hiking robot be your guide? Though it would take a while before we’d trust a hiking robot to be able to make the complex safety and navigation decisions required for challenging hikes, we could see hiking robots guiding guests along easier, shorter trails. They’d be like an updated version of an interpretive trail — only instead of stopping to read signs, you could ask a robot questions in real-time. Theoretically, robots could also help you spot rare animals or zoom in on unusual birds that may be nearly impossible to see with mere human eyes.

And, bonus for Mother Nature: robots could theoretically admonish guests in real-time when they step off trails or try to cut across protected areas, effectively helping to curtail the bad hiking behavior people tend to exhibit when they think no one’s around. Robots could even be used to catch poachers at parks and preserves for endangered species. 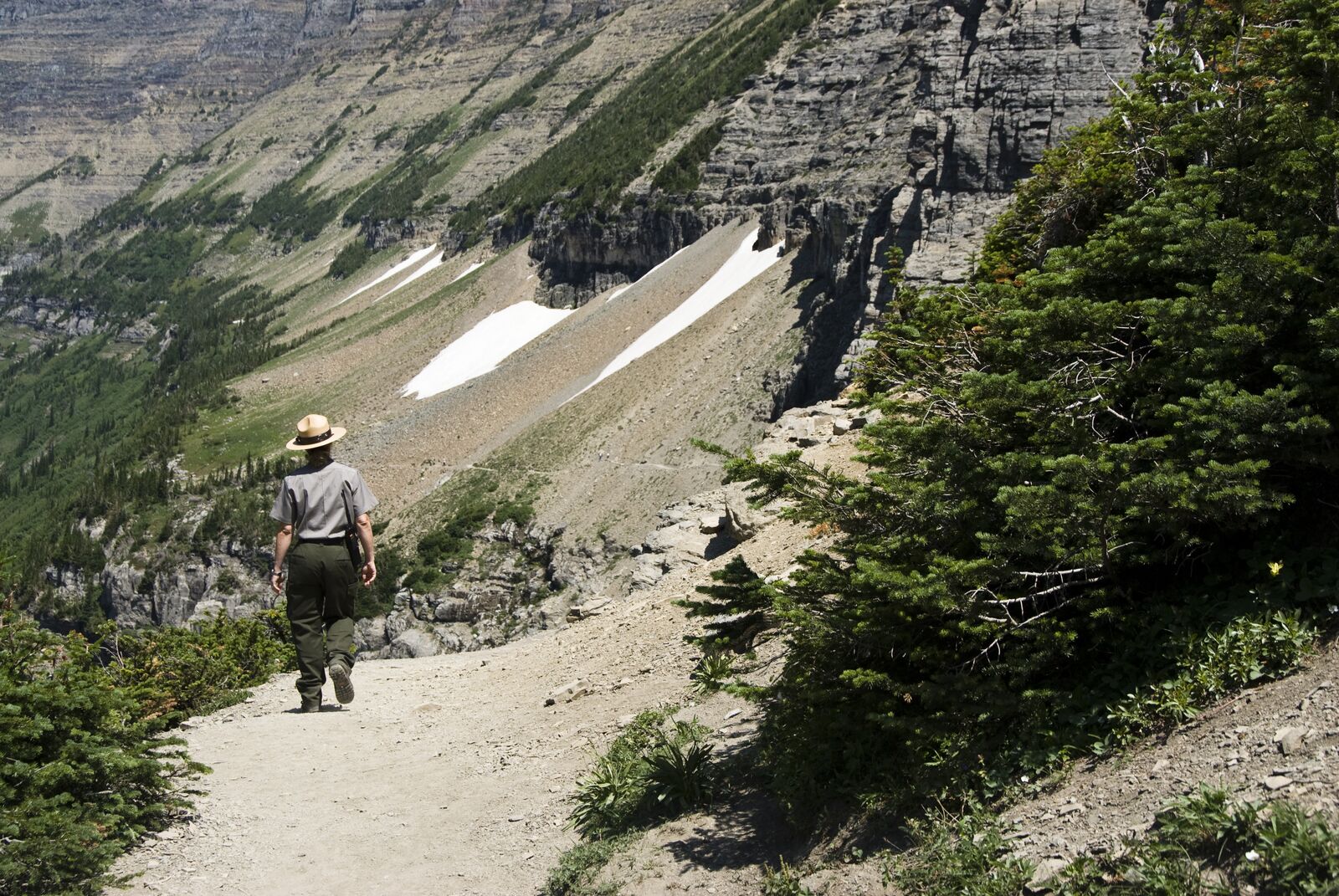 While spending some days hiking and patrolling trails may be one of the more fun parts of being a park ranger, many parks have strapped budgets and overtaxed employees. But if all (or most) of the trail patrolling efforts could be made by robots, human employees could be reserved for more qualitative and service tasks. That would help parks save money on staffing and ensure park employees are allocated where they’re needed most. And hey, it would be kind of fun to have your backpacking permit scanned by a hiking robot in a park ranger hat.

Wildlife observation and management could be far more accurate 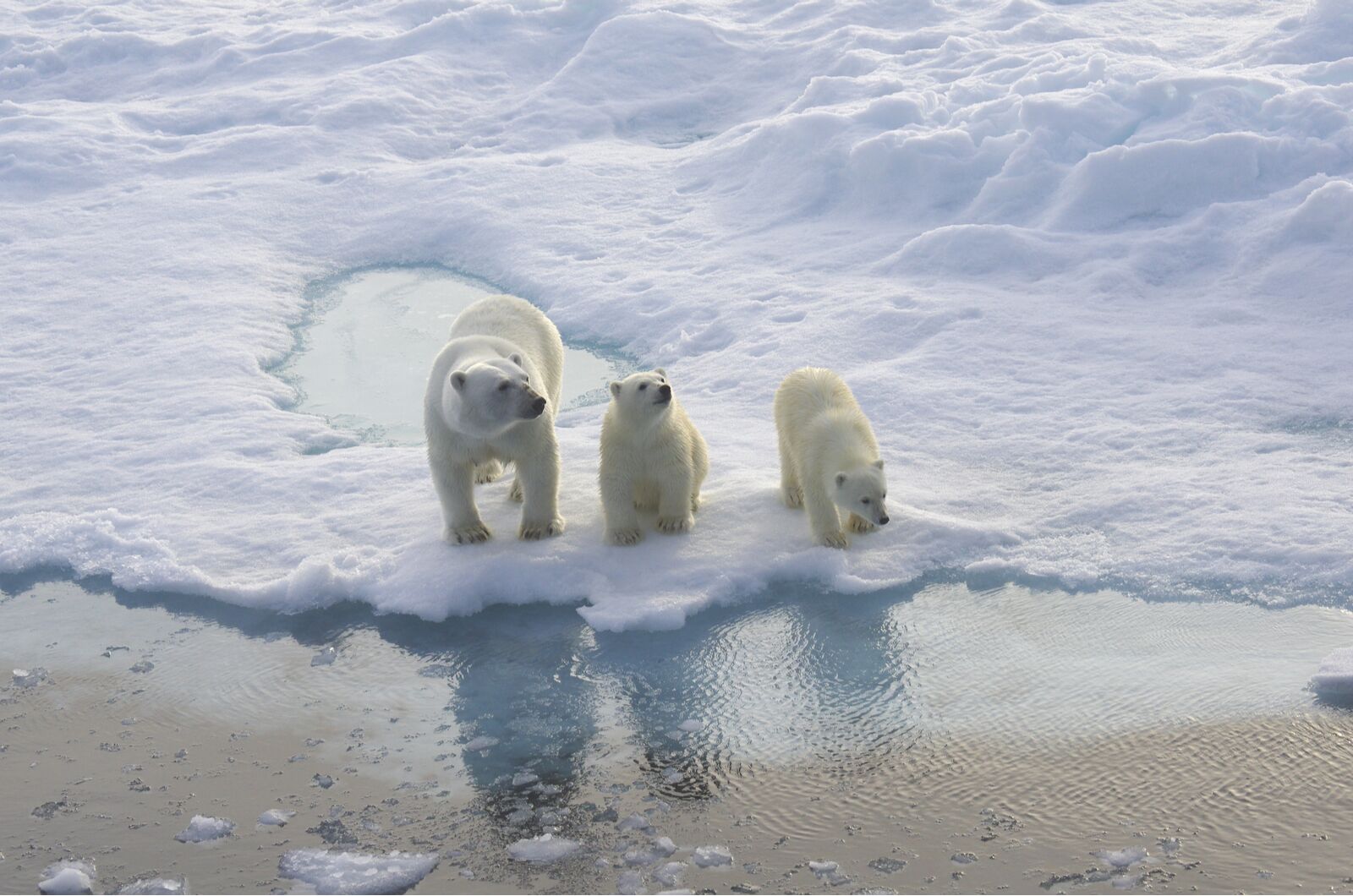 Wildlife observation and marking and protecting ongoing and seasonal habitats and dens is a taxing effort for teams of scientists, let alone one person. But it may be an easy task for a hiking robot, since that robot will never get tired, need a break, or suffer from the pain of forgetting to put on enough sunscreen. Robots could be dispatched to certain habitats and report back, potentially in real-time, about the locations of dens and nests or migration and feeding patterns. Theoretically, robots could “scan” all the tagged animals within a given range in mere seconds, reporting back on everything from population sizes to the number of newly born animals. That technology could be especially useful for species that tend to avoid or hide from humans. Think of them as the future version of a wildlife camera.

NewsThis Study Shows What Makes the ‘perfect’ Campsite — and Why People Pick the Sites They Do
Tagged
Hiking News Outdoor
What did you think of this story?
Meh
Good
Awesome