Brand-new buildings and modern architectural marvels are necessities of humanity’s forward progress, but places are just more interesting when they hide years or even decades of history inside their walls. This is especially true when it comes to accommodations; a newly built hotel may sparkle with fresh, clean vibes, but a hotel that had a former life as some other type of establishment has more to tell. If you’re interested in staying in a hotel that had a former life as a bank, jail, firehouse, or theater, the nine spots below have plenty of tales, from creepy to inspiring, for you to dive into during your stay. 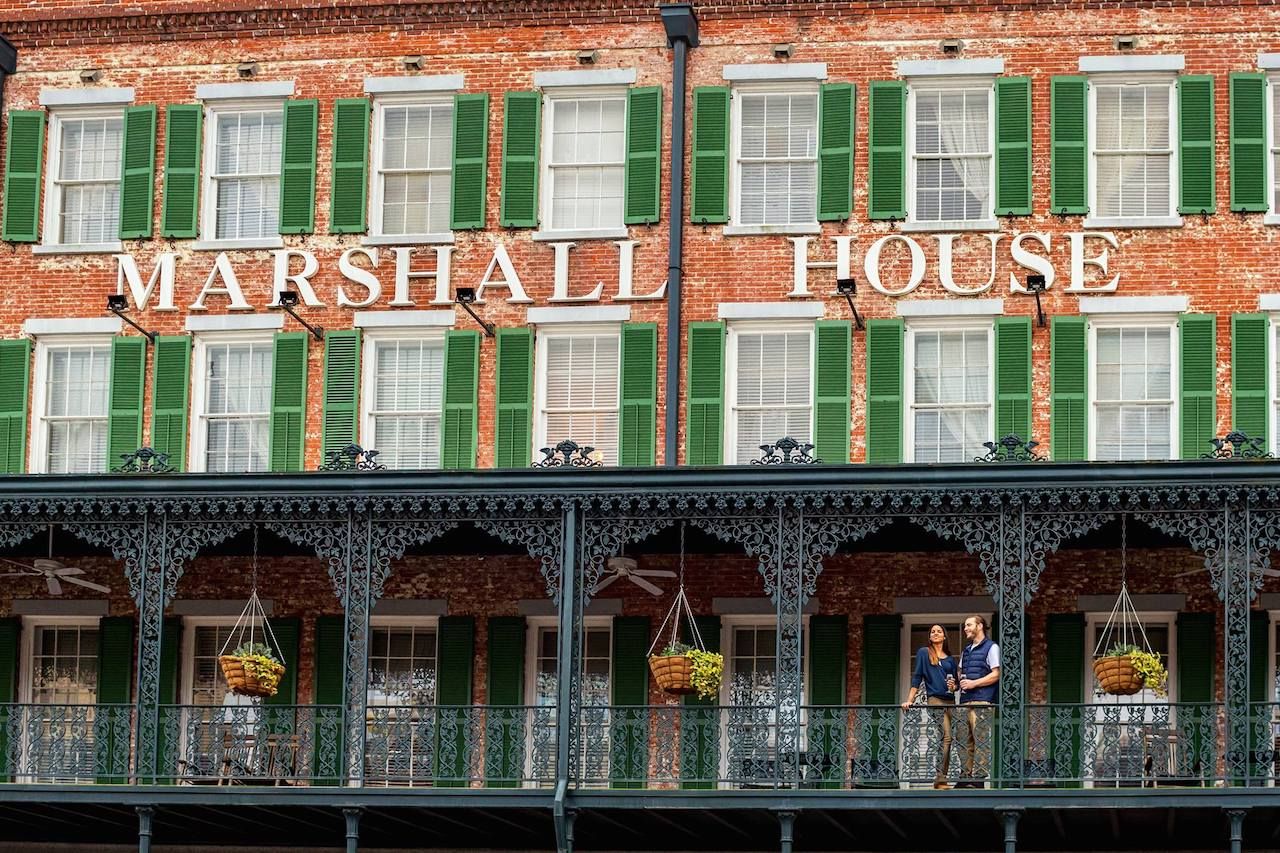 Savannah is said to be one of “the most haunted cities in America,” and Marshall House Hotel is perhaps the most haunted spot in Savannah. It once served as a Civil War hospital and convalescent home for soldiers who were badly injured in battle. Many unfortunately died during their stints, hence the dramatic and plentiful stories of hauntings, ghouls, and other paranormal activity.

Today, Marshall House Hotel is a beautifully restored boutique hotel located centrally in Savannah’s historic district. Its porches — complete with ceiling fans, rocking chairs, and perfect views for people-watching — beckon after a long day of strolling Savannah’s cobblestone streets, and few places capture the city’s old-style Southern charm quite like this one does.

If you’re not brave enough to spend the night, at least book a ghost tour that includes Marshall House Hotel on the itinerary so you can get spooked by this eerie establishment. 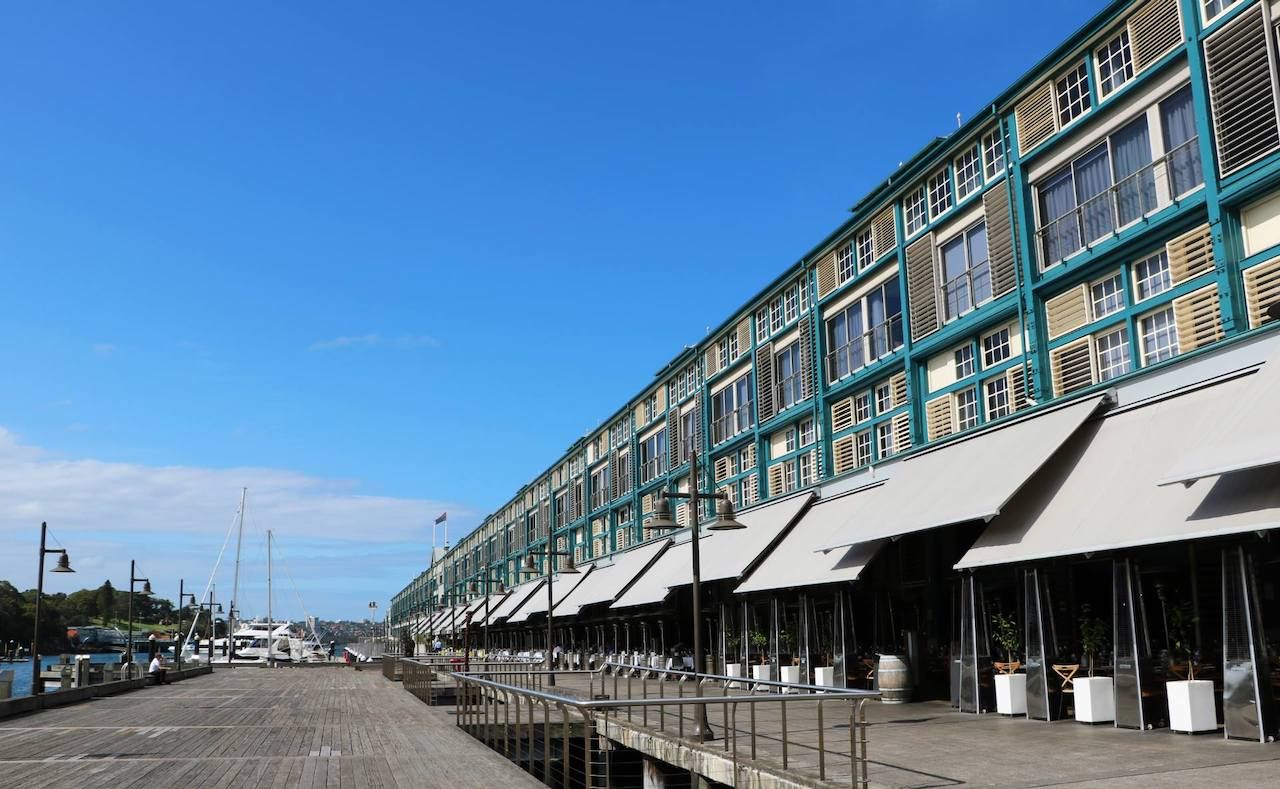 In its former life, the Woolloomooloo Finger Wharf wore many hats: It was a major export point for Australia’s wool, it welcomed new arrivals who were emigrating to Australia, and it deployed troops for World Wars I and II. 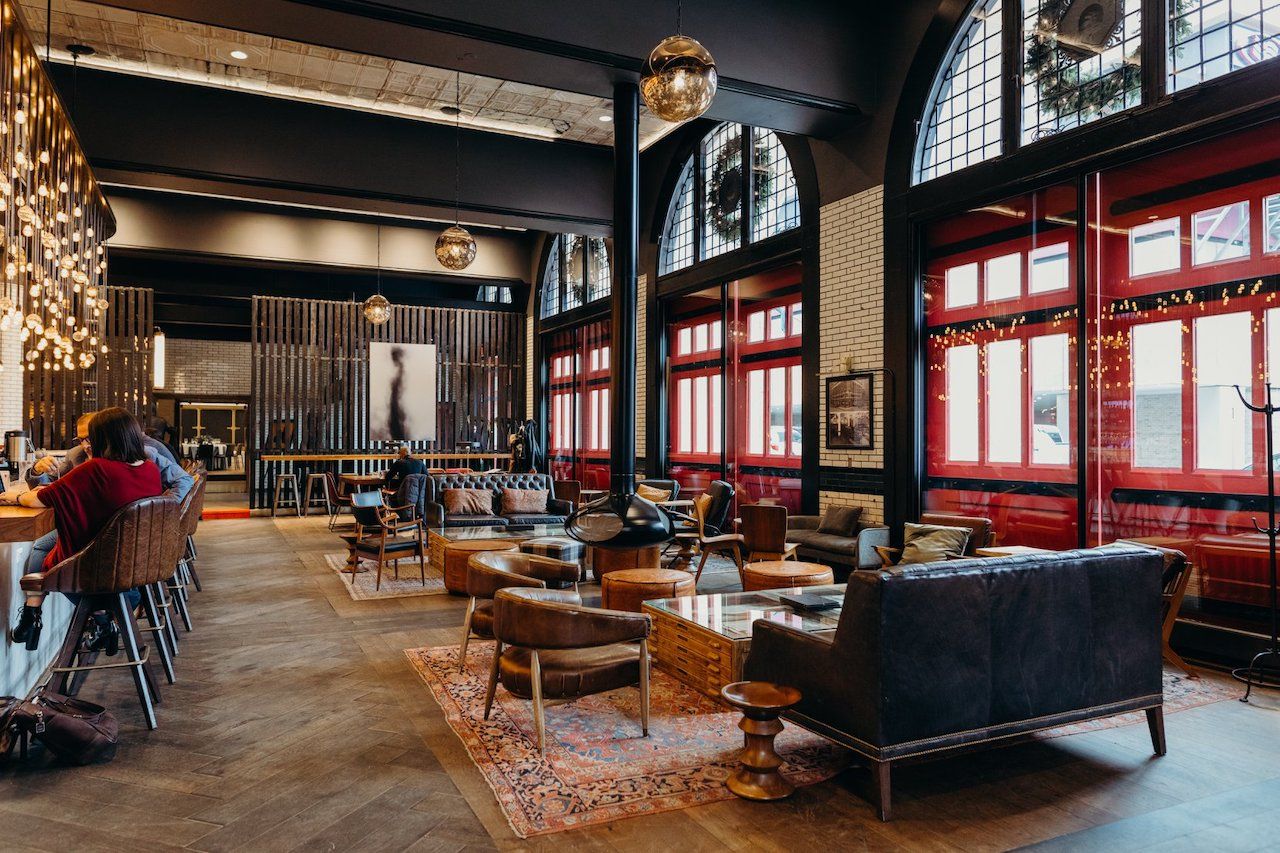 A former firehouse, Detroit Foundation Hotel joins in the big transformation the city of Detroit is currently experiencing. The hotel offers a variety of events, a trendy restaurant, and mod-luxe accommodations, but it wasn’t always a cozy place to rest your head: In its first iteration, Detroit Foundation Hotel was the place you called when something was going up in flames.

The hotel was fully converted from a fire station into a hotel, but touches of its past remain visible: In the onsite restaurant, the Apparatus Room, for example, you can spot the original firehouse doors. 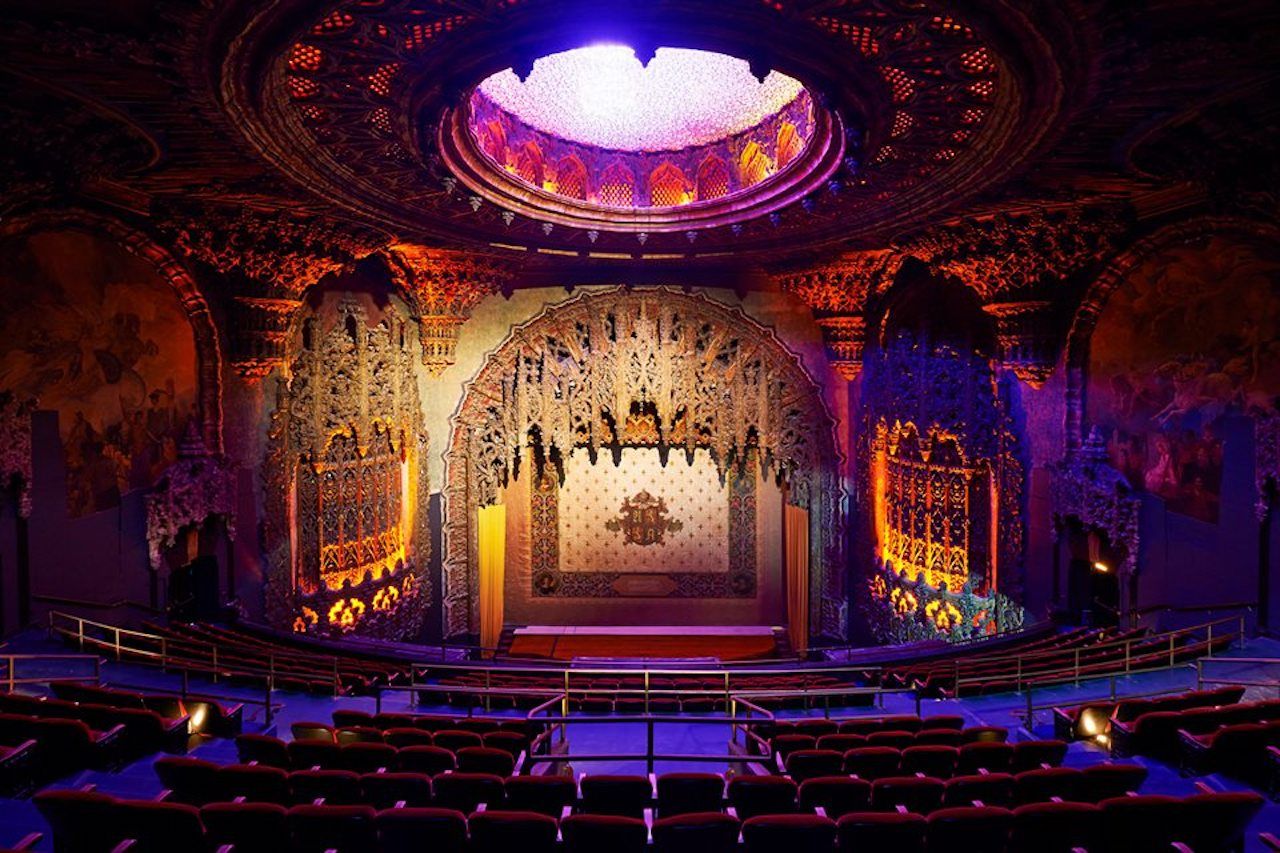 The Ace Hotel LA is a former theater, located in the heart of LA’s Broadway theater district. The theater used to be known as the United Artists Theater. Today, a working theatre — with the original stage curtain — still exists at the hotel, restored from its former role as a 1920s movie place into a grand performance venue, with entrances next to each other. The hotel also holds performing arts memorabilia in the lobby and has a grand exterior similar to the decor on the outside of the theater.

The three-story theater lobby is ornately decorated and seats 1,600 people for programming such as live music, lectures, and other performances. Step back into the Hollywood glamour and relive the glory days of the big screen before going to sleep next door. 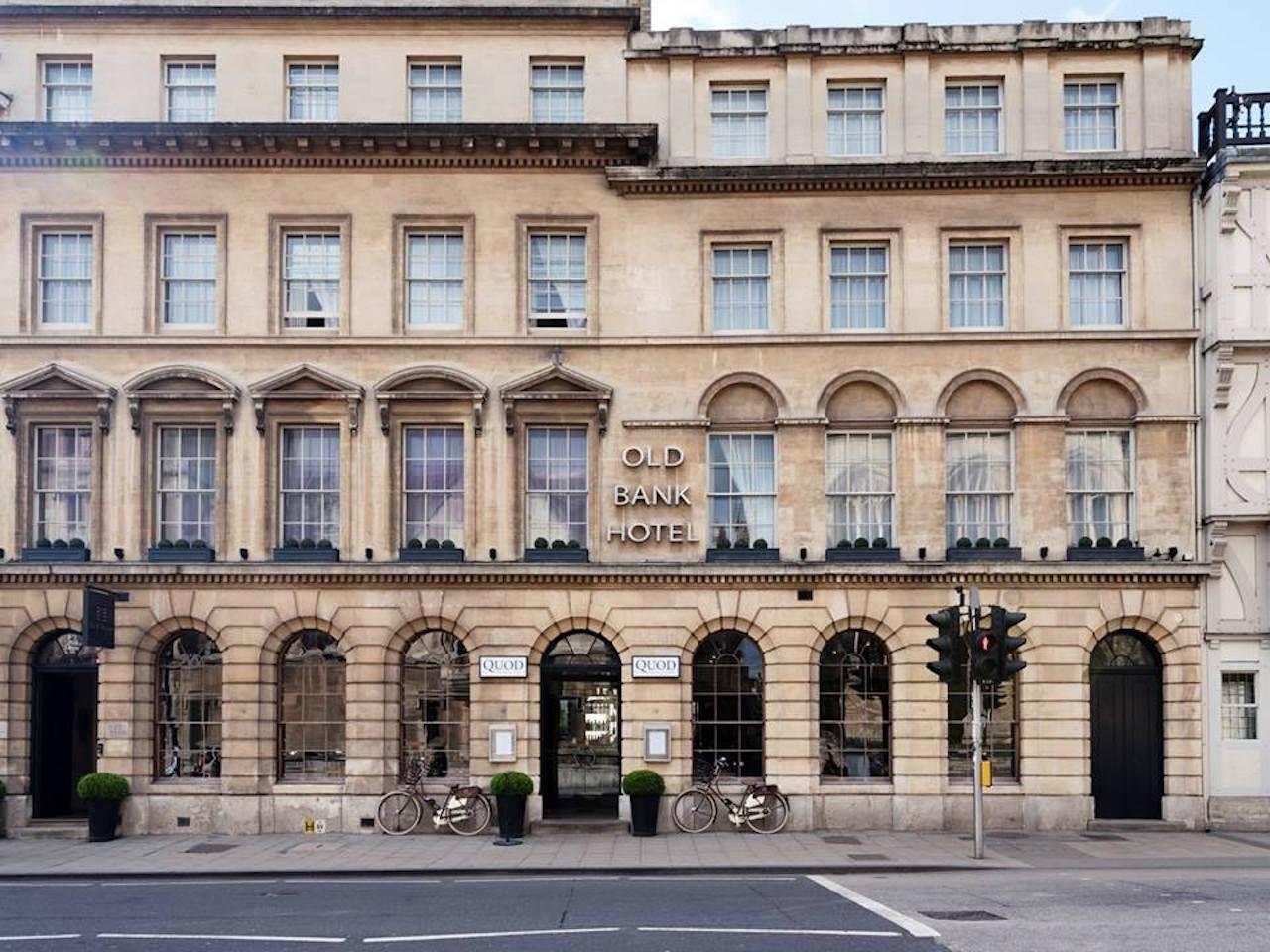 Located on Oxford’s famous High Street, the Old Bank Hotel is, unsurprisingly, a former bank. Perhaps the new owners found a stash of money hidden in the safe because today the hotel is a luxurious five-star accommodation option with 43 rooms and unparalleled views of the iconic landmarks of the beautiful city, such as the Bodleian Library and Radcliffe Camera.

The site actually has a long history dating back to the 1200s, when the property was owned by an abbey, and wasn’t used as a bank until the 1700s. However, its timeless elegance exudes through the fortified walls to this day, giving guests a unique hotel experience in the heart of England. 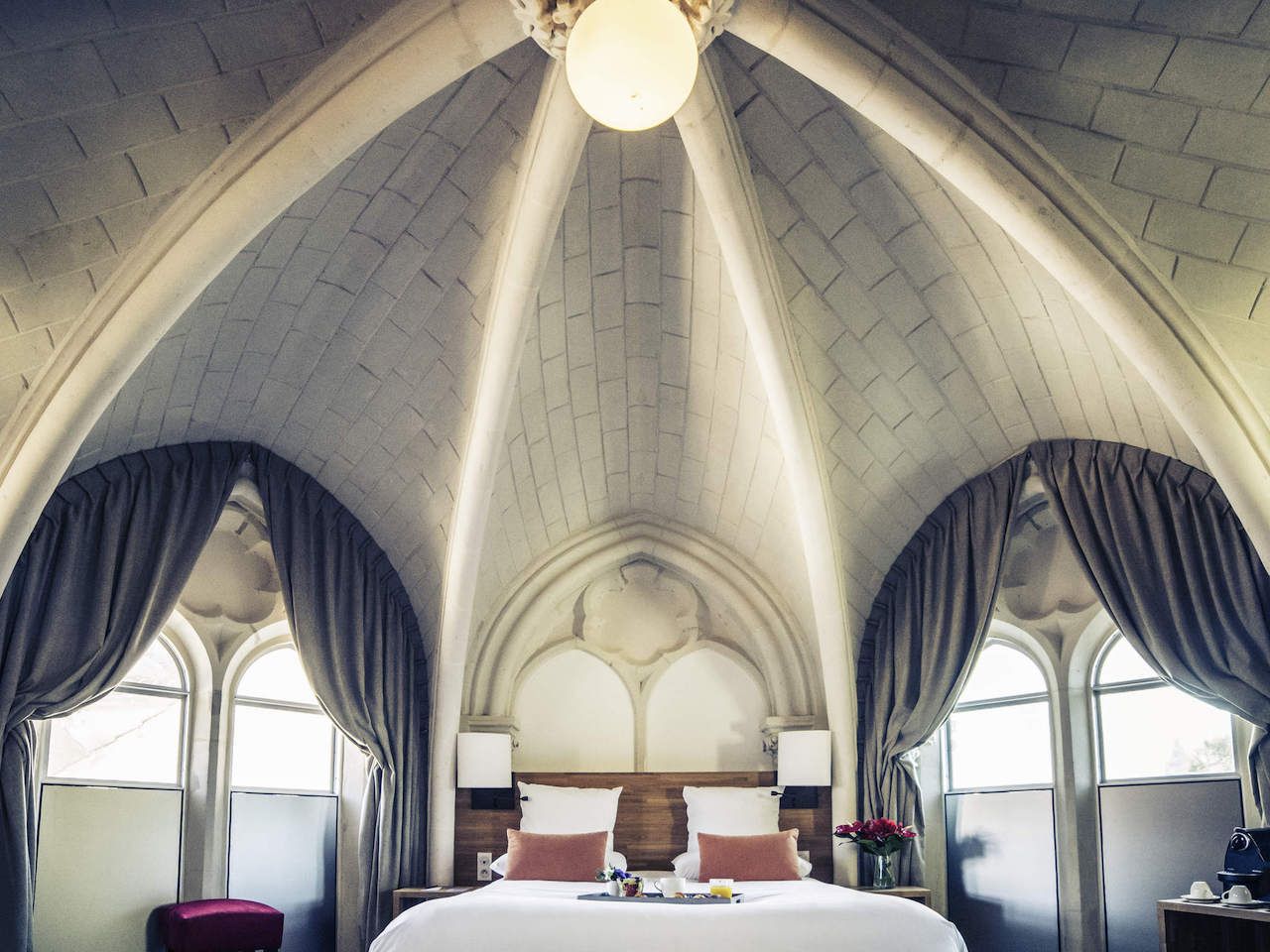 You don’t have to be religious to stay at Hôtel Mercure Poitiers Centre, a former Jesuit chapel that was built in 1854. Anyone can appreciate the striking, reverent architecture and the view from the nave, today bookable as the ultimate of the 50 rooms in the hotel. No vows of alcohol abstinence required here; there’s also a bar and restaurant onsite. 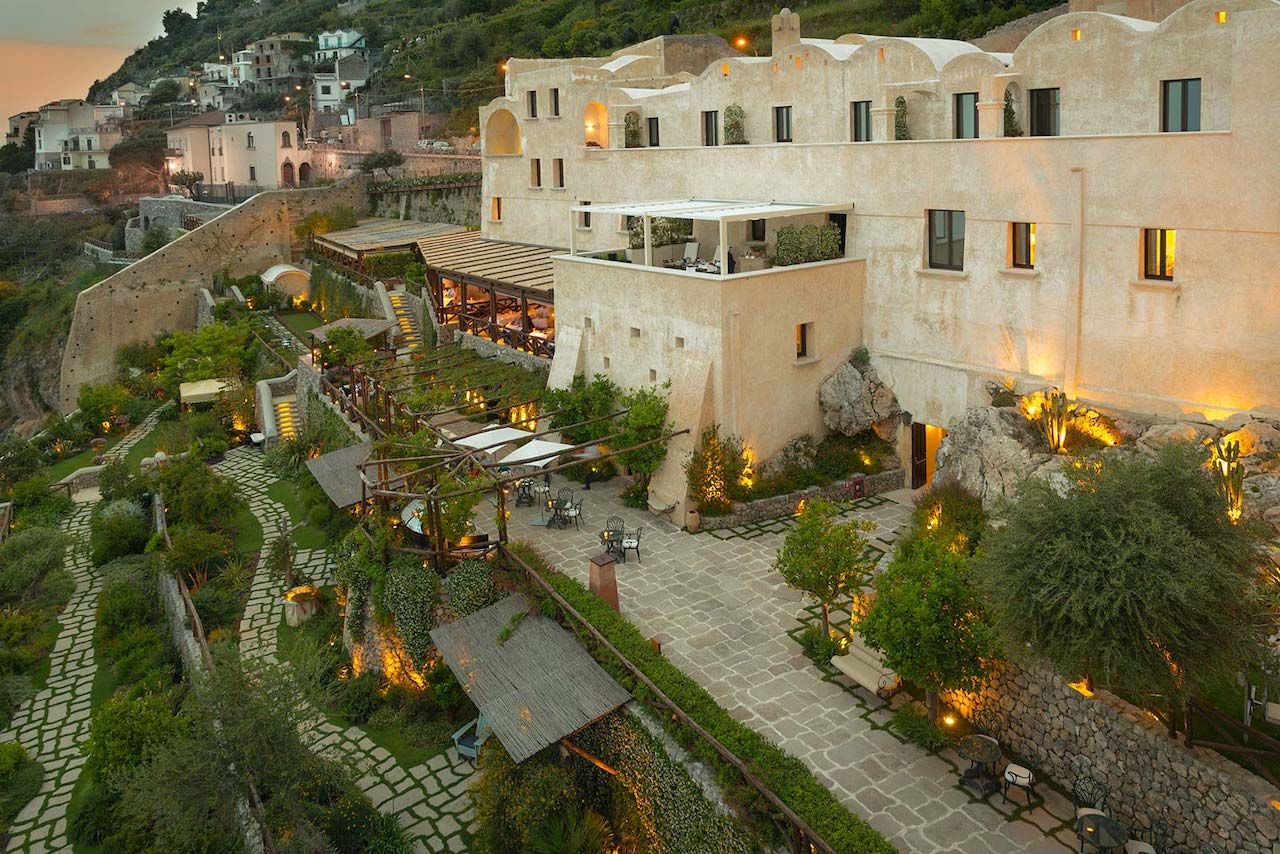 At Monastero Santa Rosa, a former 17th-century monastery located between Positano and Amalfi, guests will enjoy the refined elegance of the order and solemnity once housed in this seaside spot. The Conca dei Marini monastery was once home to nuns who spent their days baking sfogliatelle, a type of cream-filled pastry. In the mid-1800s, the property ceased to be a religious establishment and fell into disrepair before it was purchased by a Roman hotelier and repurposed into a hotel in 1924.

Set among the Mediterranean splendor of the Amalfi Coast, Monastero Santa Rosa has multi-leveled gardens, a full spa, and a sparkling pool available to guests of the mere 20 rooms and suites available on the property. 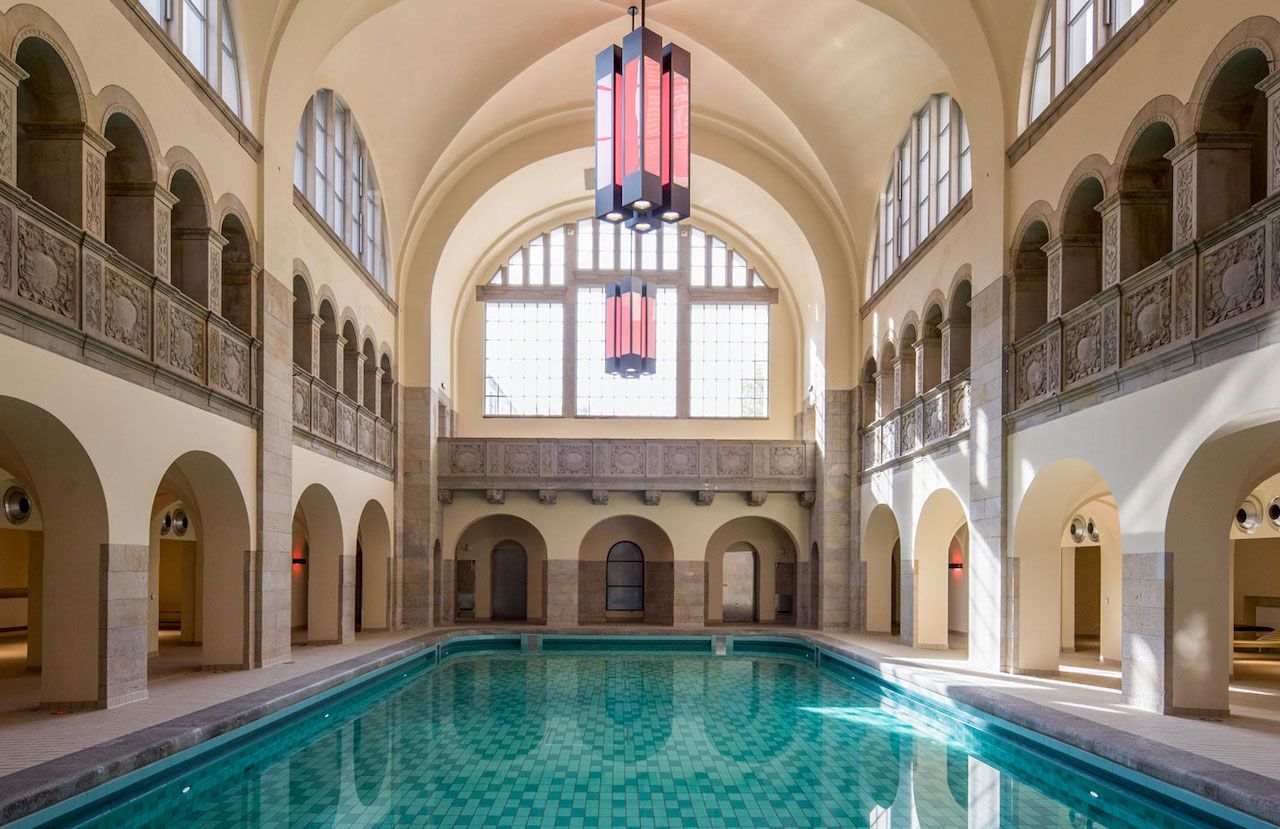 Berlin’s Hotel Oderberger was formerly known as the Oderberger Baths, an establishment designed at the end of the 1800s as a public bathhouse and swimming pool. It was closed from the mid-1980s through 2012, when renovations began, and re-opened in 2016. Today, there’s a historic indoor swimming hall for guests to enjoy, plus luxe rooms and a restaurant and bar on site.

For guests and curious travelers, free guided tours of the restored public bath are offered on every first Tuesday of the month. 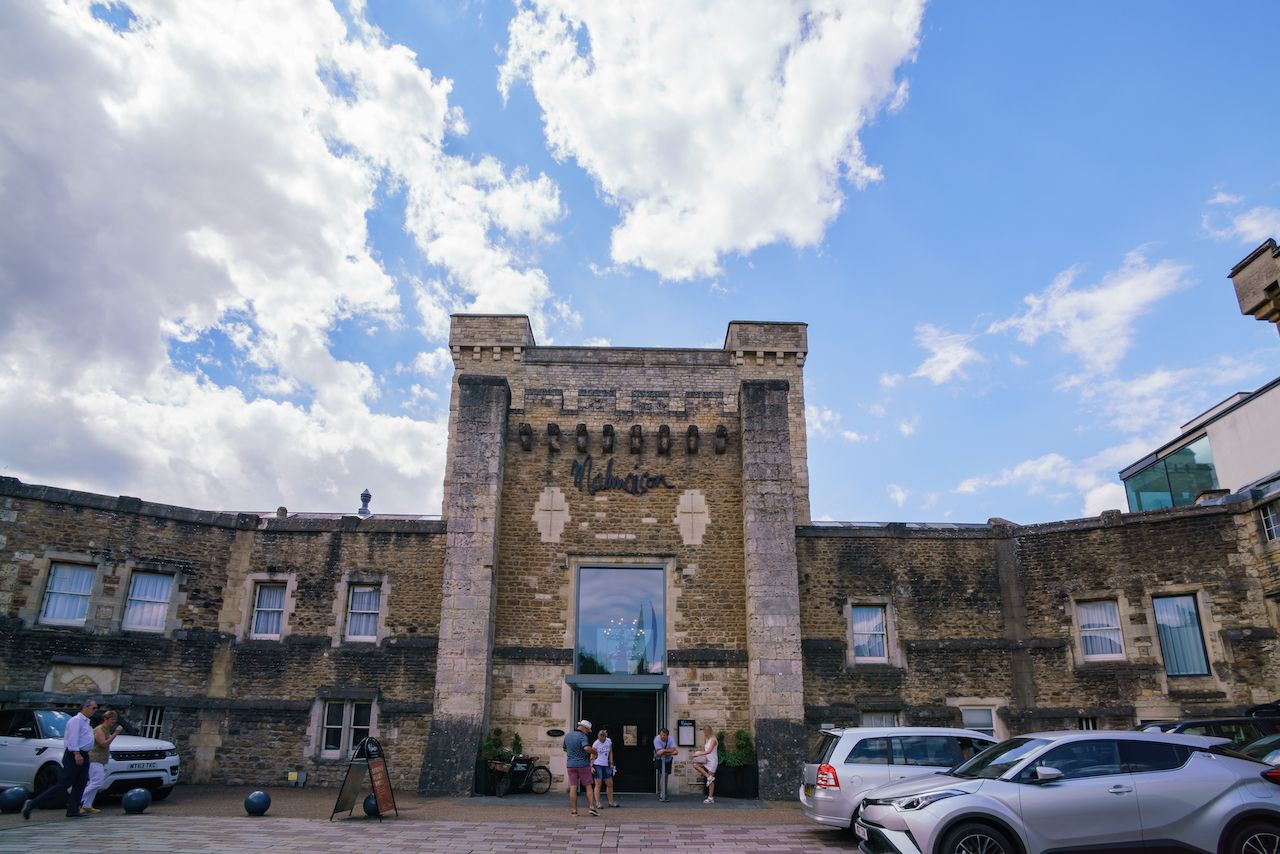 Malmaison Oxford Castle gives a nod to its roots when it claims to be “better than your average prison” — and that it is, especially since you’re allowed to check in and out as you please and you thankfully get more space than a jail cell allows.

It’s also centrally located in Oxford, with nearby ruins of the Oxford Castle and plenty to do in the surrounding city. Major upgrades took place to transform the prison into the roomy, ultra-cool hotel it is today, meaning they can now claim to be on the “most wanted list.”

Where to Stay6 beautiful French churches you can actually stay in
Tagged
Where to Stay
What did you think of this story?
Meh
Good
Awesome

I traveled to South Africa during Omicron. This is what it was like.
Travelers are sharing the biggest culture shocks they experienced in the US
The optimal itinerary for a US national park road trip, mapped
11 of the deadliest concert disasters in recent history
The 22 places you need to travel in 2022