“Imagine getting to the very edge of the world, walking through a normal-looking door and finding yourself transported to a nightclub in 70s New York.”

That’s probably the most accurate and succinct way to describe “The Party at the Edge of the World,” in the words of its main organizer, Jonny Ensall. The “party” is the inaugural clubbing experience from Detour Discotheque — a pop-up festival — taking place in the remote Westfjords of Iceland at the end of April 2022. Specifically, it’s coming to the small fishing village of Thingeyri, a town of just over 300 people. 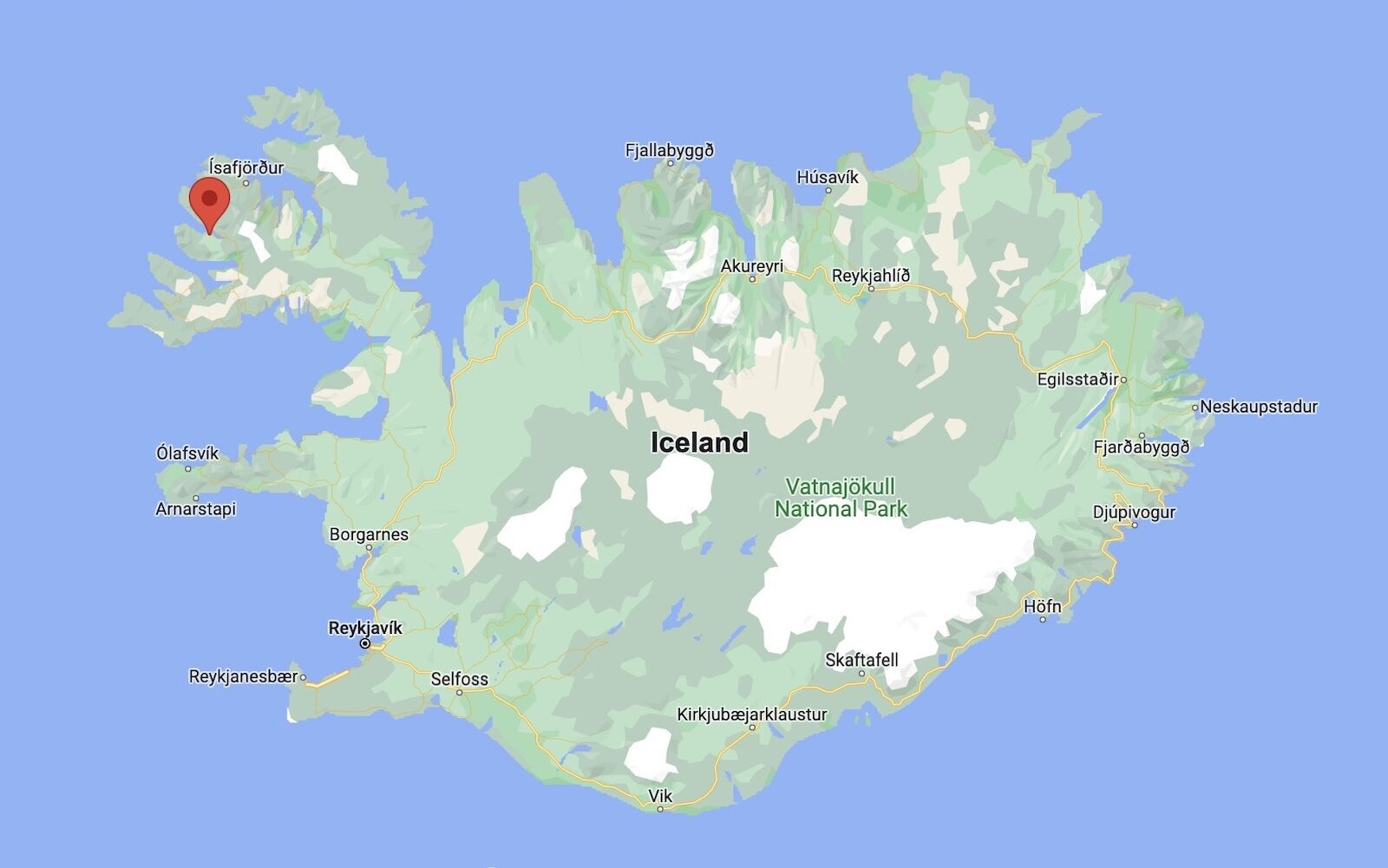 For over a century, Thingeyri has welcomed sailors and adventurers on their Arctic expeditions, serving as a welcome shelter from the rough seas of the North Atlantic. Now, the town is a burgeoning center for artists, with co-working spaces, art installations, coffee shops, and its newest (and most ambitious) creative endeavor — a music festival.

The two-day Iceland music festival begins on Friday, April 29, 2022, with resident DJs spinning disco classics, and continues the next day with electronic music from US, UK, and local Icelandic DJs.

The festival is modeled after New York City discos of the 1970s and 80s. “The music was alive and upbeat and it brought together people of all kinds at loft parties where everyone was welcome,” Detour’s website reads. “Detour Discotheque revives the spirit of these original NYC discos in one of the most beautiful locations on the planet.”

A disco EDM party in the Westfjords is alluring enough in its own right, but it’s also for a good cause. Half the proceeds from ticket sales go toward supporting the local Félagsheimili, a community house that’s served Thingeyri since 1939.

The festival might still be a few weeks away, but that just means there’s plenty of time to get stoked. In the meantime, we talked to Jonny Ensall, London DJ, former Music and Nightlife editor for Time Out, and the festival’s main organizer, to get the inside scoop on “The Party at the Edge of the World.”

Matador Network: What is a pop-up nightclub, and how is it different from a music festival?

Jonny Ensall: Detour Discotheque is a venue, but also a kind of wormhole. You go to a festival to see bands and DJs, and we have those, but this event is really about discovering a space outside time, where you can walk through a door and be transported back to the past – to something like the legendary nightclubs of 70s and 80s New York. The idea of Detour Discotheque is that this venue – this wormhole – opens in the most unexpected and amazing places around the world.

What can an attendee expect from the two-day experience? 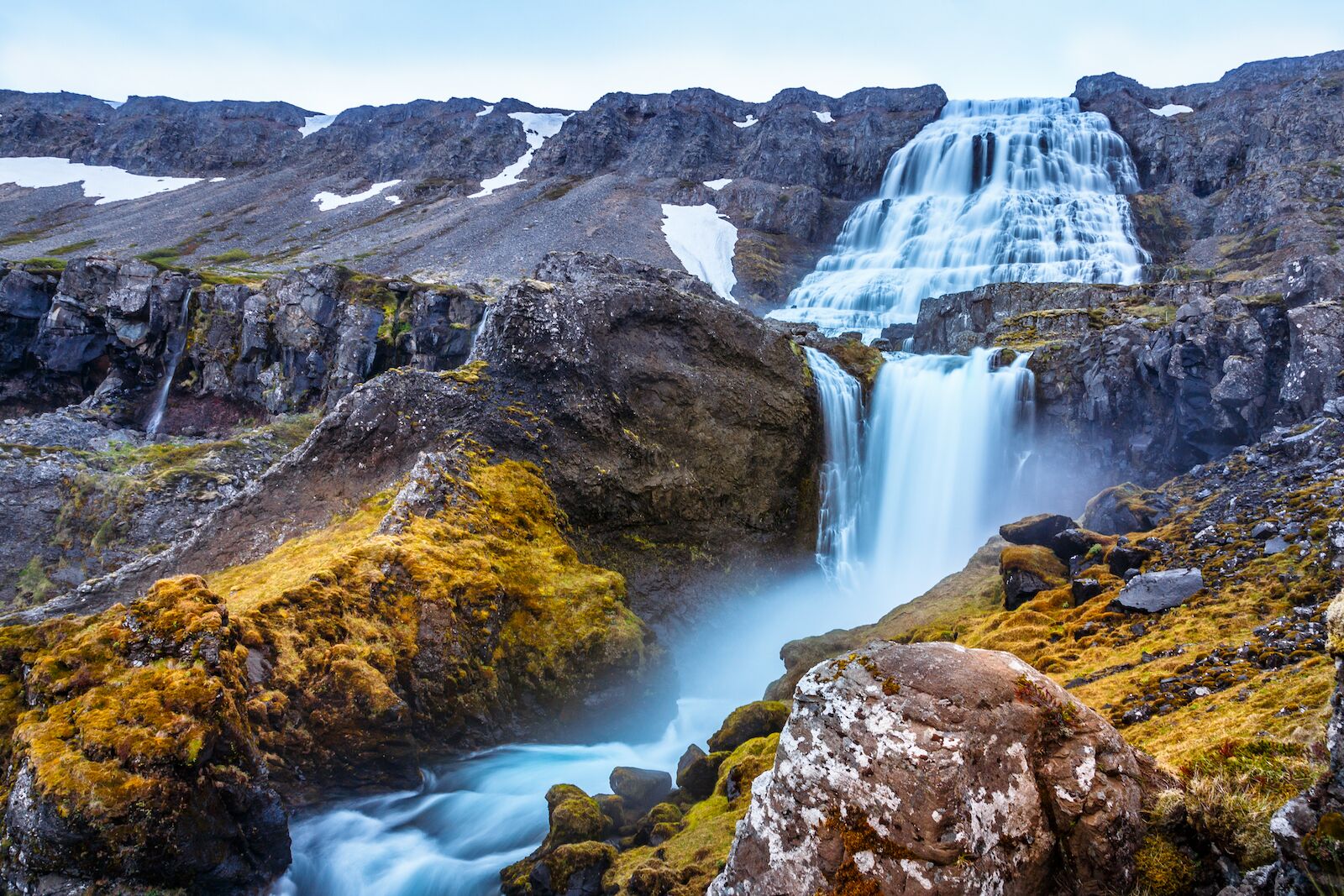 Thingeyri is one of the most beautiful places I’ve ever seen. The landscape is rugged and imposing, but the village is full of friendly faces. The event begins at 9 PM both nights, and goes on into the small hours, and the nights are all about dancing with pure uninhibited joy to some of the most uplifting music of all time. Then, during the day, guests can explore this incredible terrain. The local tourist board, Visit Westfjords, are planning some activities for ticket holders, and there are spectacular attractions nearby such as the Dynjandi waterfall.

Does the experience evolve from destination to destination, to incorporate elements of local culture?

The discotheque will always be like something out of the glamorous past, but it evolves to fit the space – in this case it’s the rather lovely community house in the heart of the village. Putting on the event is very much a community project, and we’ve had lots of help. Thingeyri has a track record of hosting interesting creative projects – check out the Westfjords Residency and the Blue Bank co-working space. We’re also trying to give back a bit, so 50 percent of the ticket money goes to the community house and 50 percent goes to a carbon capture project called the Icelandic Wetland Fund.

Why the Disco theme for this Iceland music festival?

Once upon a time disco saved the world. In New York in the 70s there were loft parties — precursors to discotheques — where DJs like the legendary David Mancuso played an eclectic mix of very danceable music to all comers. It didn’t matter what you looked like, or who you loved, people were bonded by these euphoric sounds and partied together all night long. That spirit of inclusivity and togetherness echoes through time, and it’s still there in most nightclubs you visit today. But with Detour Discotheque we’re trying to tap into the essence of the original vibe.

What made you choose Iceland, and the Westfjords specifically?

I had visited Thingeyri to see the Blue Bank for an article I was writing. It was winter and my flight home was delayed, so I stayed an extra night. It so happened that that was the night of Thingeyri’s annual “couple’s dance,” which is a big celebration with lots of songs and dancing in the community house. The idea came together after that – the location, the space, and I’d run disco nights before in London – but it wasn’t until during the pandemic that I started to plan it properly. I made contact with Haukur Sigurdsson, who had been the photographer for my original article, and he became instrumental in making it happen. The Westfjords is becoming a booming tourist destination. I hope it’s somewhere a lot of people would want to visit anyway.

Thingeyri has a population of just over 300 people. How receptive were they to welcoming people into their town? Any pushback from locals?

The venue capacity is only 160, so we’re only talking a few dozen people, though that is quite an influx for somewhere like Thingeyri. There are two hotels in the village, though, so people have somewhere to stay. I did a presentation at the Blue Bank for some of the Thingeyri residents and they seemed to like the vibe. It’s a crazy idea and in Iceland they like crazy ideas.

An EDM party in remote Iceland is cool and all, but do you anticipate any logistical issues with attendees actually getting there?

The tickets for the event are purposefully quite affordable (£30, or $40, for both nights). The adventure is getting there, but it’s not really that difficult. Icelandair flies to Isafjordur (the airport is located 40 minutes from Thingeyri) from destinations across North America and Europe, connecting through Reykjavik. There’s also the recently opened Westfjords Way, which is a driving route that loops around the region. It’s a great and relatively easy road trip to fly into Reykjavik and drive up to and around the Westfjords.

How are you incorporating Icelandic brands and the local community into the project?

Reyka Vodka is the main sponsor and they’re very kindly going to be serving complimentary cocktails at the event. Visit Westfjords and Visit Iceland are also offering lots of support, and Luxor — the Reykjavik-based audiovisual company — are lending us a lot of equipment.

Talk a little about the Félagsheimili, and how Detour Discotheque is helping out.

The community house is an amazing space and we’re giving 50 percent of the ticket revenues to it. Here’s a quote from Rakel and Jón, the housemasters: “The community house, Félagsheimili, has been the heart of Þingeyri [Thingeyri] since it was built in 1939 and many of us have our most treasured memories from there. All donations we get are used to maintain and improve the space so that generations to come can party just as hard as we’ve done.”

Where is Detour Discotheque going next? Any plans for even more remote locations?

Yes, it will return in 2023. All I can say at the moment is it will be mainland Europe. Everything else is a secret.