For much of the world, Israeli wine is associated with kosher wine. At best, it’s associated with family and tradition. At worst, it’s relegated to something sweet and cheap. Yet millennia before France, Italy, and Spain became go-to countries for good wine, Israel was a world-class wine-producing region. Now, it’s reclaiming its position.

Israel is sort of like the oldest possible young wine region. It has a long history, but the country’s wineries have only been making consistently high-quality dry wines in the last couple of decades. Israeli winemakers have already caught the eye of the wine press and in-the-know drinkers. Producers in the country have won awards like the Best Syrah in the World in 2010 at the Decanter World Wine Awards, and an Israel winery was dubbed New World Winery of the Year in 2012 from Wine Enthusiast. It’s about time for everyone else to start paying attention.

“There’s so much to know and not that much Israeli wine out there,” says Anne Markovich-Girard, vice president of sales at Yarden Wines. “Which makes you think maybe there’s not much to know, but that’s just not true.” 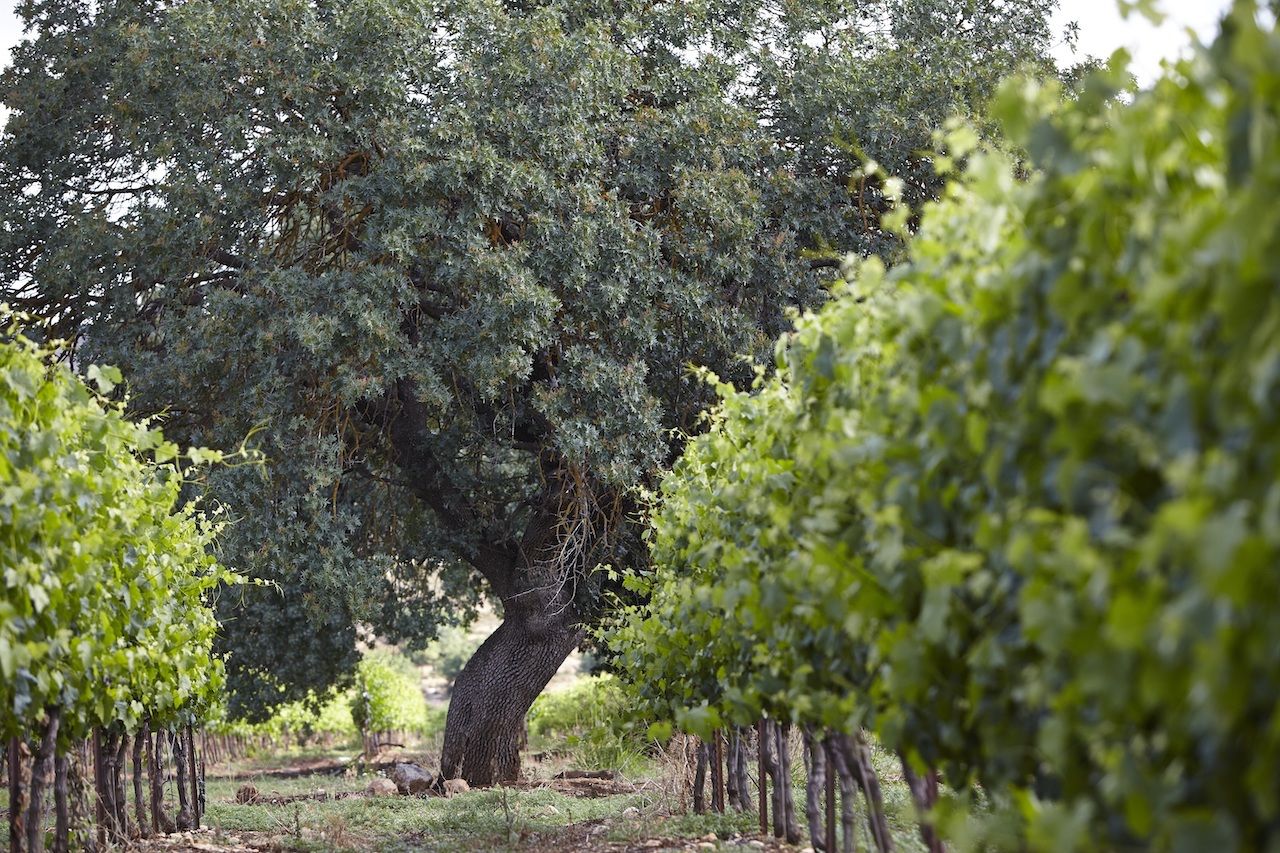 Evidence of early winemaking is everywhere in Israel. A wine press dating back more than 2,000 years was found in 2016, the oldest uncovered but far from the only ancient press. Writing on a papyrus scroll from the seventh century BC that some believe is the first reference to Jerusalem has an order for “jars of wine.” And it’s no secret that wine flows freely in biblical stories. Grapes are one of the seven blessed foods in the book of Deuteronomy along with wheat, barley, figs, pomegranates, olives, and honey.

Wine production came to a halt in the seventh century AD, when the region was a part of Muslim Palestine. Islam prohibits alcohol, and the only grapes allowed were food grapes. Strict bans on alcohol continued, with a short interval during the Crusades, through the Ottoman Empire in the 19th century.

Commercial winemaking didn’t return until the 1880s. Baron Edmond de Rothschild, who owned the esteemed Lafite Rothschild in Bordeaux, sent French grapevines and production techniques to Israel to help establish Carmel Winery. The winery today is the longest continuously running vineyard in Israel. Due to market pressures, however, the focus at Carmel for the first 50-plus years was sweet kosher wines. 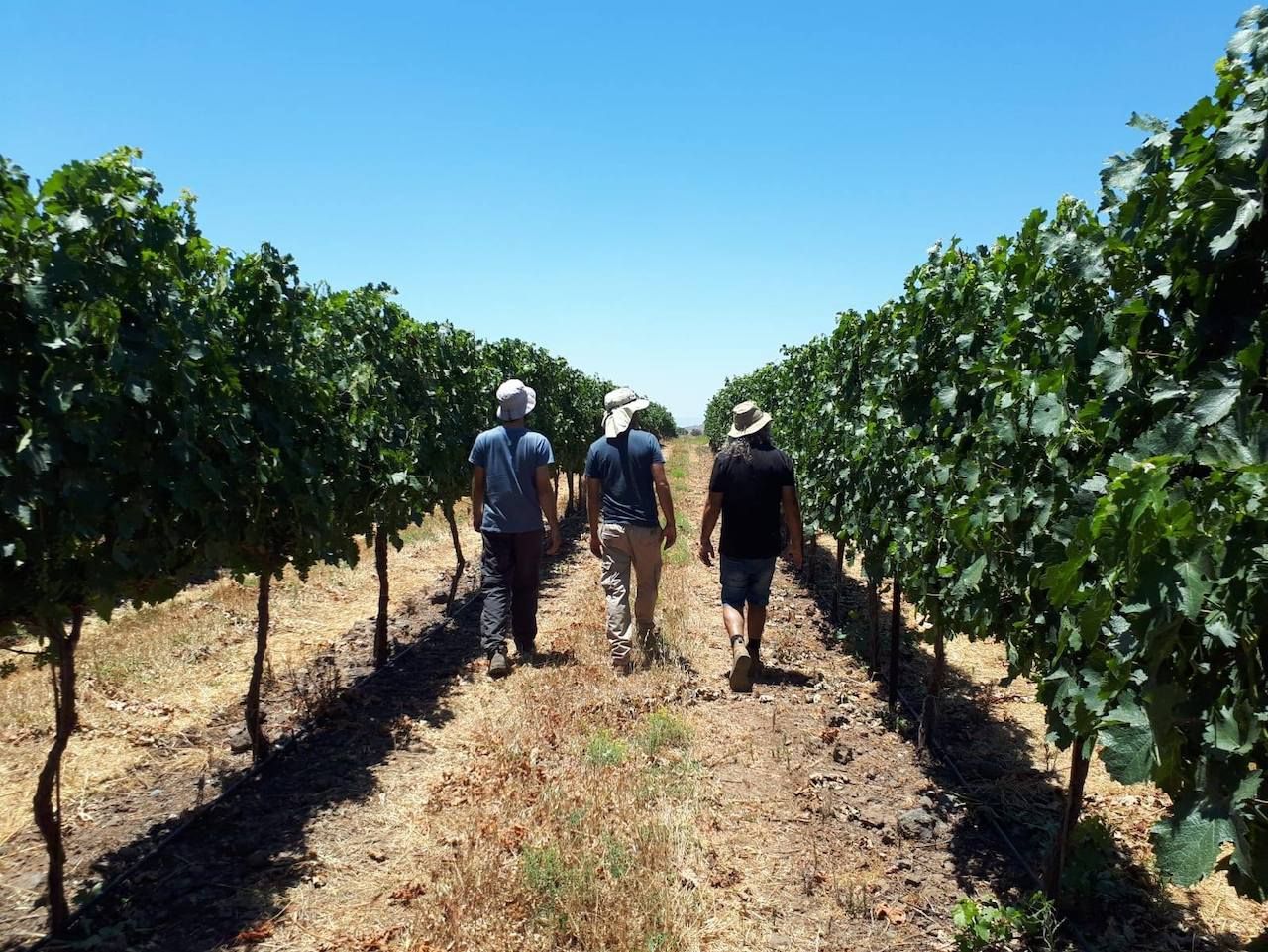 The 1960s marked a turning point. Carmel started making Bordeaux-style dry wines, which was the spark that led to the winery winning the Best Syrah in the World in 2010. Golan Heights Winery, the 2012 New World Winery of the Year winner, released its first vintage in 1984, followed by the boutique Margalit Winery in 1991. There are now more than 320 wineries in the country, according to Wines Israel.

It’s impossible to talk about the growth of modern Israeli wine, however, without mentioning the region’s disputed territories. Much of Golan Heights has been occupied by Israel since 1967, bolstered by Israel’s Golan Heights Law in 1981 that’s not supported by the United Nations. Parts of the West Bank, including wine-producing areas, are considered an administrative region by Israel and a Palestinian territory by much of the rest of the world. The European Union addressed wine from the disputed territories in 2015 with a move to label wines from parts of the West Bank, East Jerusalem, and Golan Heights as a product from an “Israeli settlement.”

These tensions aren’t lost on producers and consumers, but it hasn’t slowed the innovation happening in the country by much. 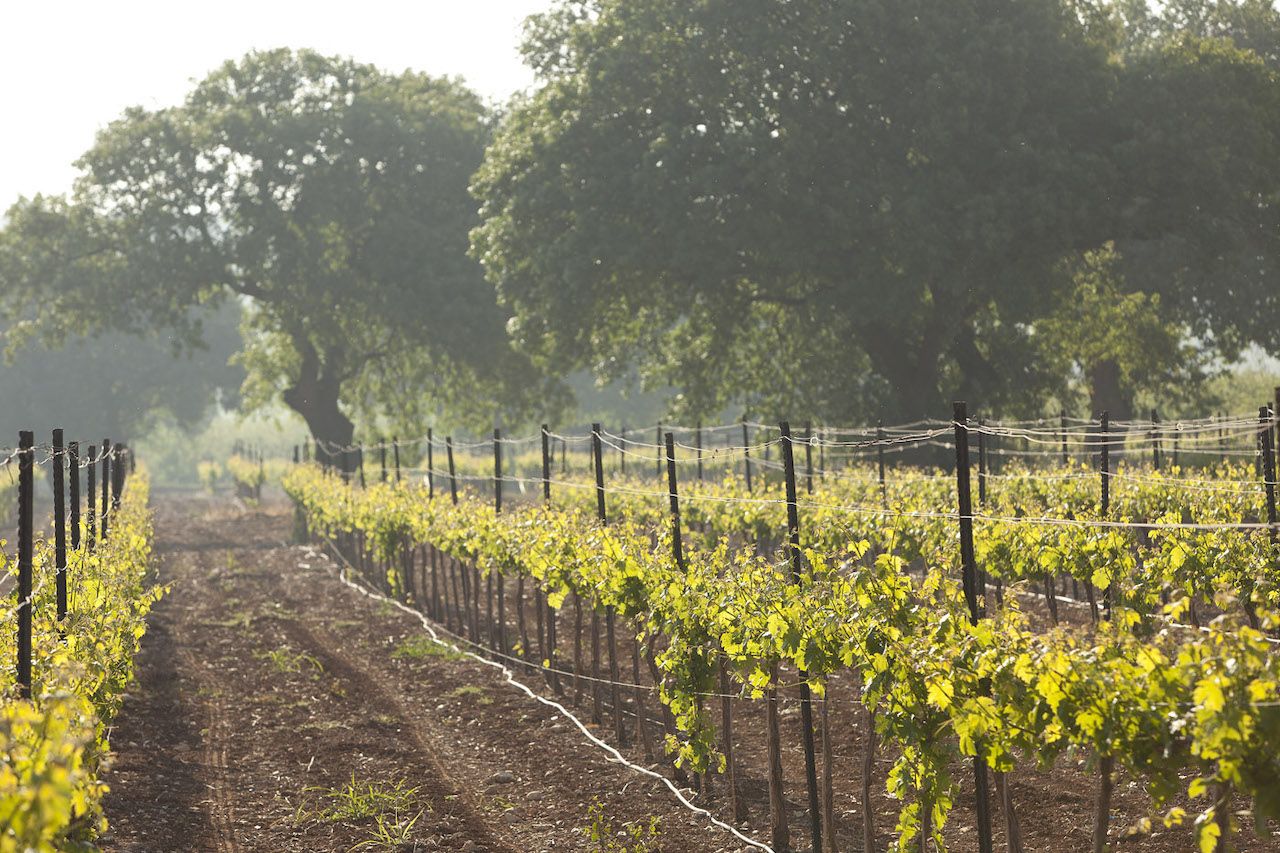 Most of Israel’s indigenous grapes have long been lost, though it’s believed that syrah comes from the Middle East, as well as a few lesser-known varieties like marawi and dabouki. That means that unlike countries like Italy, where wines are made from hundreds of indigenous varieties, Israel relies on Old World grape varieties in its five modern winegrowing regions: Galilee, Shomron, Samson, Judean Hills, and Negev.

As the number of wineries in Israel grew, so did its reputation among winemakers. Today, you’ll find winemakers from California, Australia, and elsewhere working in the region and bringing different techniques and styles to Israel’s vineyards. A good example is Michael Avery, the Australian winemaker at Galil Mountain Winery.

Galil has vineyards in the northern reaches of Israel along the coast and in the mountains. Much of Israel is hot, but its vineyards are at an elevation where there’s intense diurnal temperatures, low humidity, and seasons (it’s not rare for it to snow in the winter). 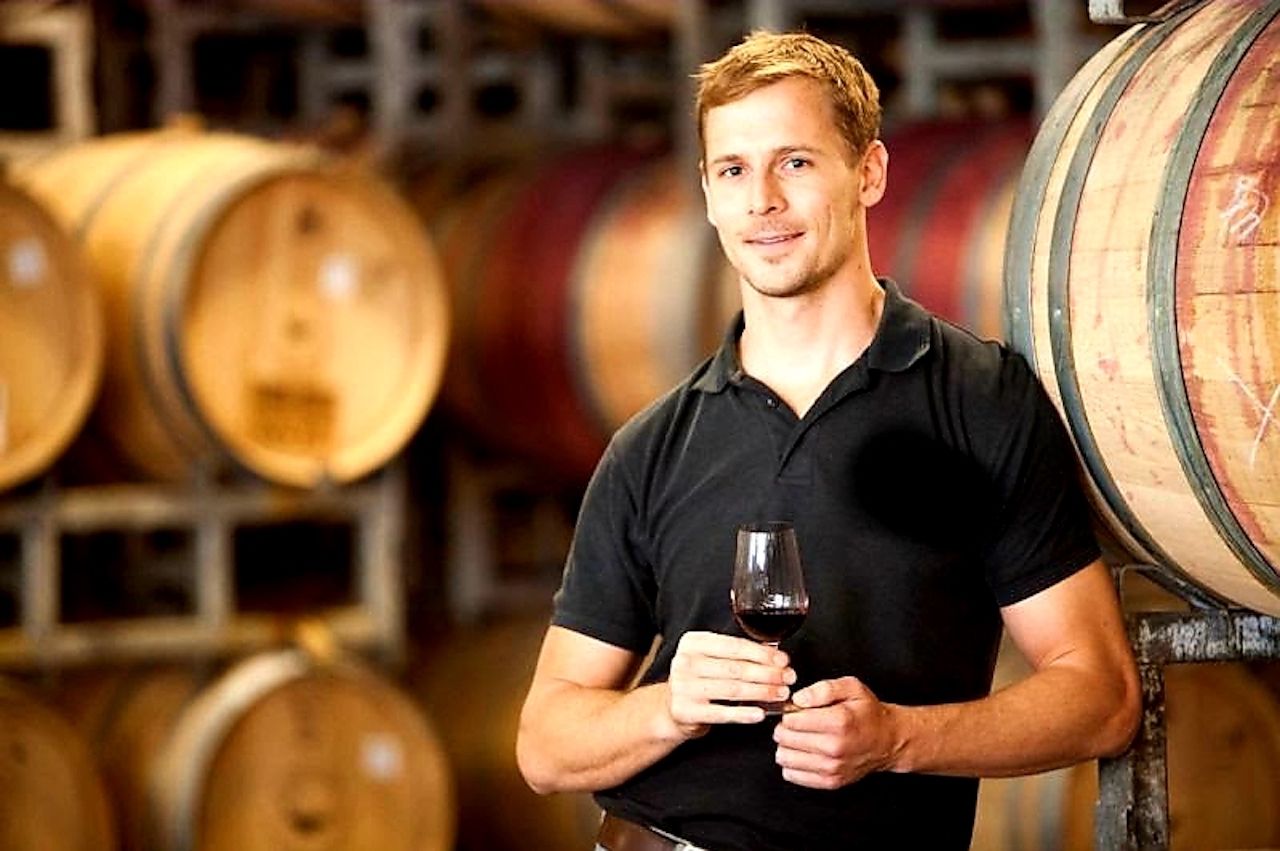 “Winemakers in Israel, we’re very lucky,” Avery says. “Low rain, moderate temperature, and you can see that in the wines.”

Varied soil types in the region are ideal for grape varieties from France and Portugal, while the Mediterranean climate encourages varieties from Spain and Italy. Avery and his team use cutting-edge technology to measure the hottest points of the day throughout the year in specific vineyard blocks and plant accordingly. The team is constantly working to find the varieties best suited for the area, which has recently led to more grenache, syrah, and petit verdot. Galil Mountain is also using post-harvest techniques to improve its wines, like aging its sauvignon blanc on the lees to add texture.

Modern techniques are crucial to good wine, as Israel is one of the southernmost wine countries in the northern hemisphere.

These new techniques in one of the world’s most historic wine regions have made Israeli wine among the best in the world. Israelis and winemakers looking to make their mark are already well aware of this, now it’s time for everyone else to forget the sweet kosher wine past and seek out a taste of what makes modern Israeli wine so desirable.

Carmel Winery: It’d be a shame to taste through Israeli wines without tasting where the country’s modern wine industry started. Carmel Winery had a major facelift in 2000 after an investment in modern infrastructure and equipment, and has been expanding ever since. Its wines are easily found in Israel and abroad.

Galil Mountain Winery: Sourcing from six vineyards around the Upper Galilee mountain range, Galil Mountain Winery started in 2000 with the help of Golan Heights Winery. It uses modern techniques with a sustainability mindset to create a range of red, white, and rosé wines. The red blends Alon and Ela are favorites.

Cremisan Wine Estate: Located in Bethlehem, Cremisan foregoes international grape varieties to focus on Palestinian grapes like baladi, marawi, and dabouki. It’s hard to find the brand’s wines outside of Israel, but it’s worth seeking out to try wines made from grapes grown in the region for thousands of years.

WineThe 7 best places for a low-cost wine trip
Tagged
Wine Israel
What did you think of this story?
Meh
Good
Awesome

Israel is opening to vaccinated travelers on May 23

8 American habits I lost when I moved to Israel

16 differences between a normal friend and an Israeli friend

Long before karaoke came to Israel, there were public sing-alongs

4 traditional feasts around the world you have to try out