A hotel in Istanbul is now home to the world’s first baklava butler. At Shangri-La Bosphorus, a butler dressed in traditional Turkish clothing has the responsibility to serve guests the sweet, traditional dessert upon request.

When guests arrive, they will receive a decorative key that they can redeem at the lounge or restaurant for the butler’s service. The butler will then serve some baklava with Antep pistachio with some Maras ice cream on the side — a traditional Turkish ice cream made of clotted cream and cut from a vertical skewer. 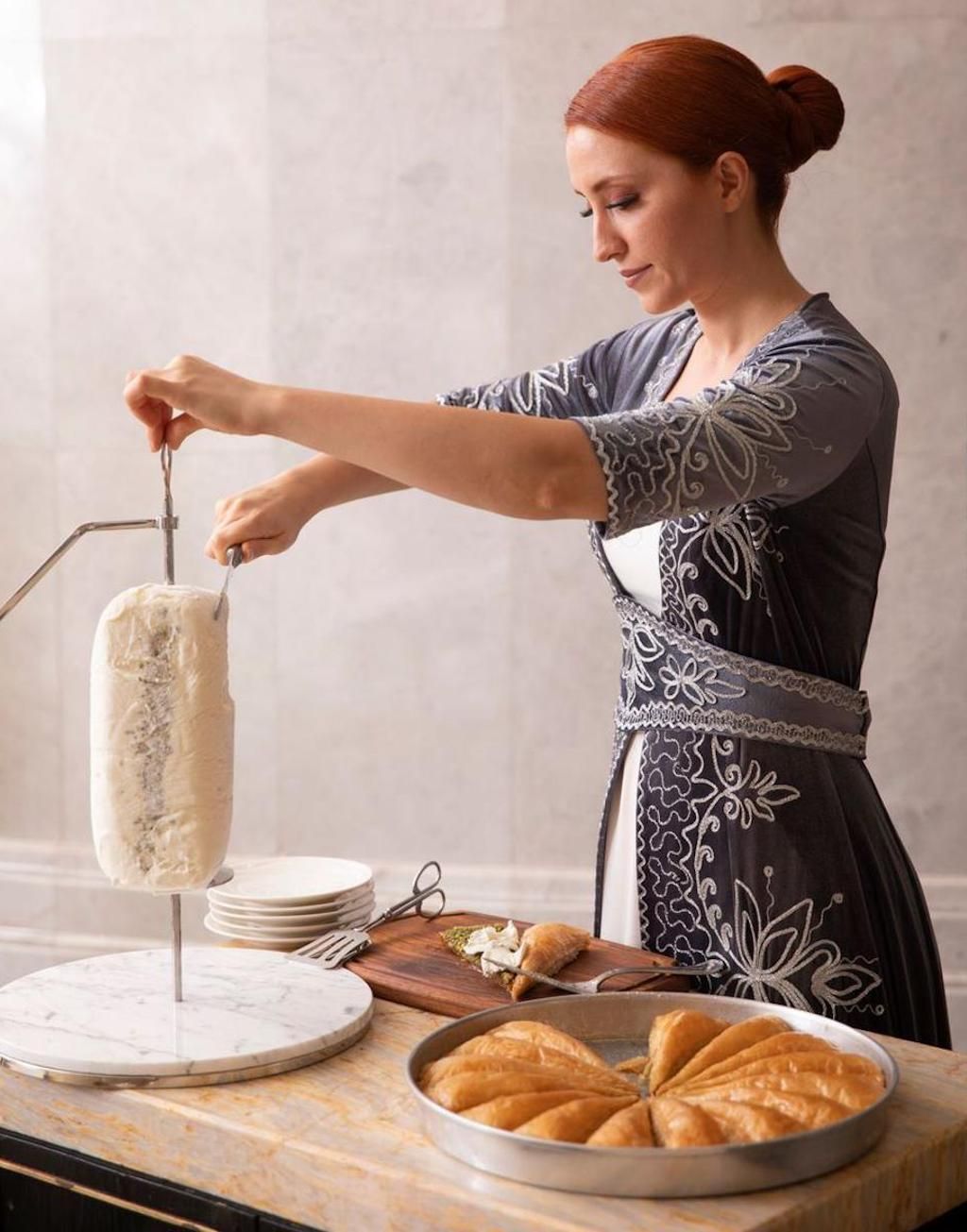 The hotel told Lonely Planet, “It is part of our quest to create memorable experiences for our guests and delight them with moments of joy. The hotel wanted to present guests with a slice of history as baklava was served during the Ottoman Empire and in the Topkapı Palace kitchen as early as in 1473. Now a milestone in culinary history, baklava was officially registered as a Turkish dessert with a patent in 2005.”

And don’t worry, it’s not just coming out of the hotel’s freezer. The baklava is baked to order from a specialty shop in Gaziantep, which is considered the birthplace of the popular dessert. Unlike other baklava varieties, the kind made in Gaziantep uses only honey, filo pastry, butter, and crushed pistachio to fill the pastry.

You can even purchase individual boxes of the treat at $33 per box.

DessertThe 15 Greek Desserts You Need To Try That Aren’t Baklava
Tagged
Dessert News
What did you think of this story?
Meh
Good
Awesome