Lake Como is the most famous lake in Italy, thanks to its long history as an exclusive vacation spot for the rich and famous. And while Como earns its creds with plenty of stunning scenery, it’s not the only fish in the sea — or, rather, not the only lake in the peninsula.

Northern Italy has an entire region laced with deep, clear, and dramatically situated lakes carved by glaciers. Further south, the scenery is less epic, but there’s still a lake or two worthy of your attention.

The best Italian lakes are suited to a range of pursuits, whether your interests are active sports like hiking, paragliding, or paddleboarding, or if your idea of a lakeside activity is more of the drinking-an-Aperol-spritz-with-a-view variety. Before your European trip begins, check out these seven Italian lakes that make worthy alternatives to Lake Como, along with how to reach them, what to do while there, and the best times to visit. 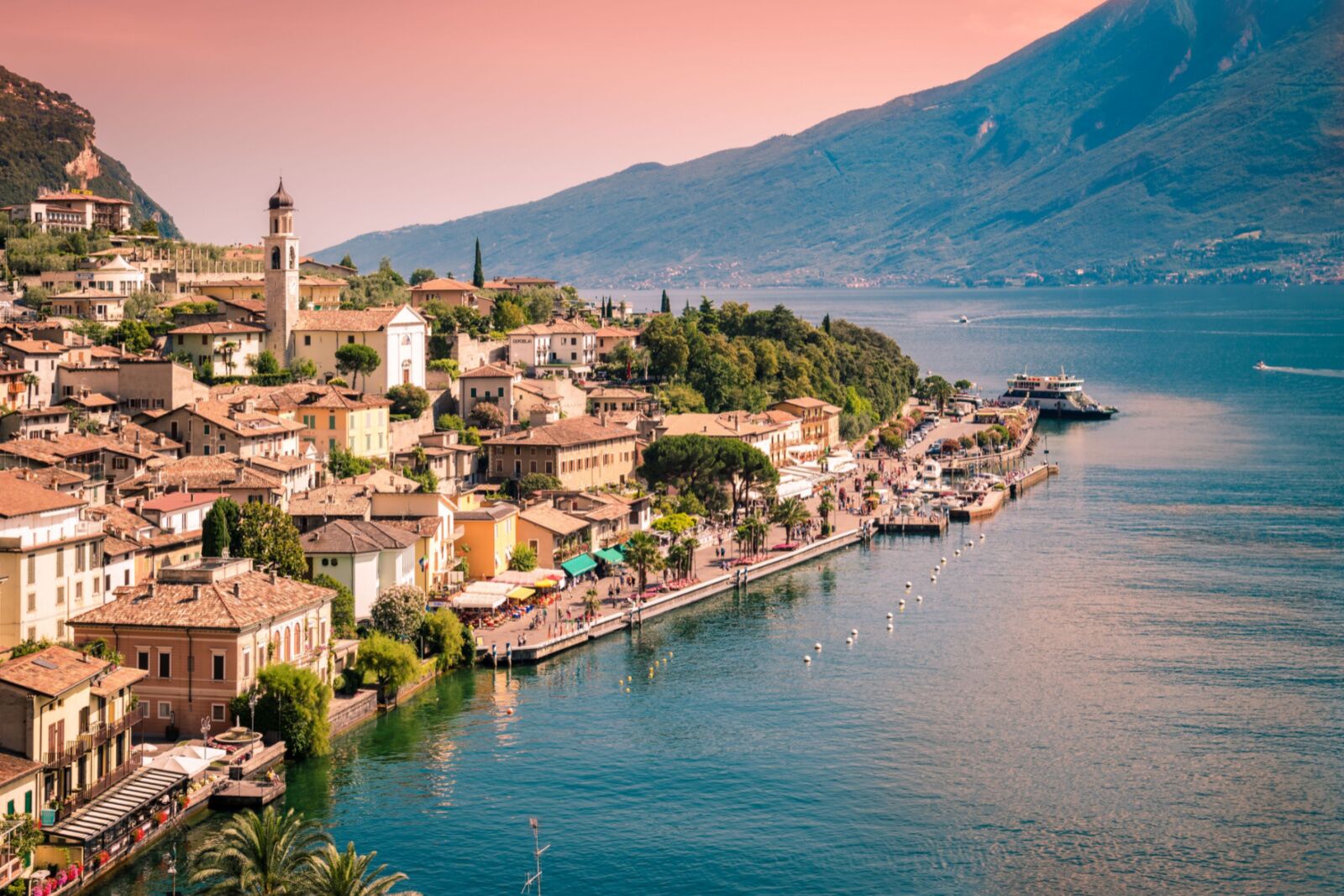 If Como is the lake of the landed gentry, Lake Garda is the lake of the people. Apart from attracting legions of daytrippers from Venice and Verona, it’s also hugely popular with tourists from Austria and Germany. If you drive around the lake, you’ll likely have to swerve to avoid ambitious backpackers and entire families of bicyclists loaded down with bikepacking gear — there’s just more of an active, family vibe here. (An under-construction bike path will eventually ring the entire lake.)

On a skinny peninsula on the lake’s southern end, Sirmione and its 12th-century castle draw the crowds, as do Riva del Garda, Desenzano di Garda, and a host of pretty lake towns covered in swaths of flowers when the weather is warm. To ride the rollercoasters at Italy’s most popular amusement park, head to Gardaland, near Peschiera del Garda. 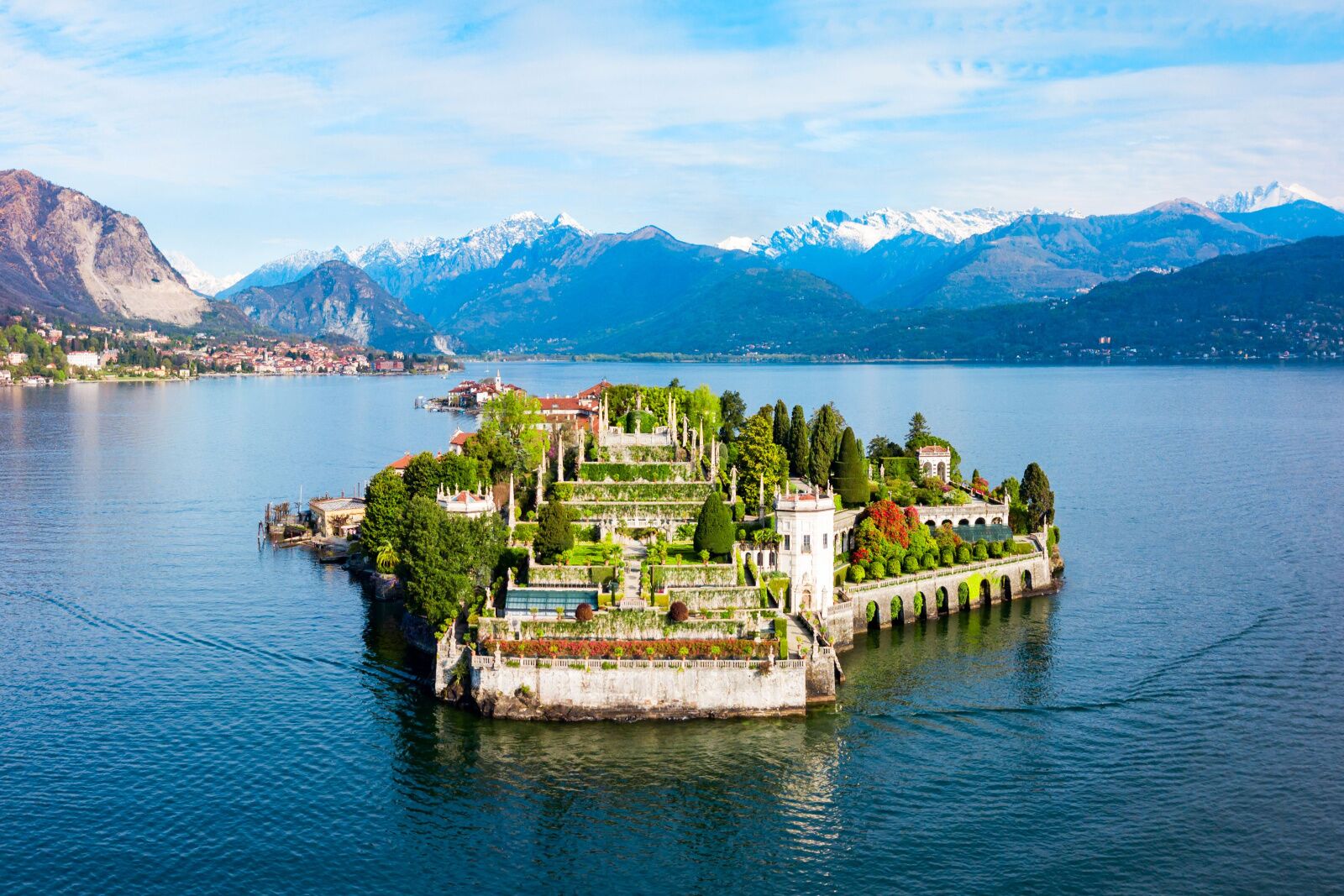 The westernmost of the major Italian lakes — in fact, “Maggiore” roughly translates to “major” — this lake straddles the regions of Piedmont and Lombardy and stretches into Switzerland’s English-speaking Ticino region. The lake’s Borromeo Islands, most easily accessed via ferry from the town of Stresa on the Piedmont coast, are a big draw here for their palaces, terraced gardens, and grottoes, which combine for some swoony photo ops.

Among all the northern Italian lakes, Maggiore has some of the best water quality and swimming beaches, with options ranging from grassy lawns to pebbly tracts or downright sandy shores, especially on the relaxed eastern shore. In addition to Stresa, the towns of Verbania, Cannobio, and Baveno are among those worth exploring or basing yourself for a few nights. 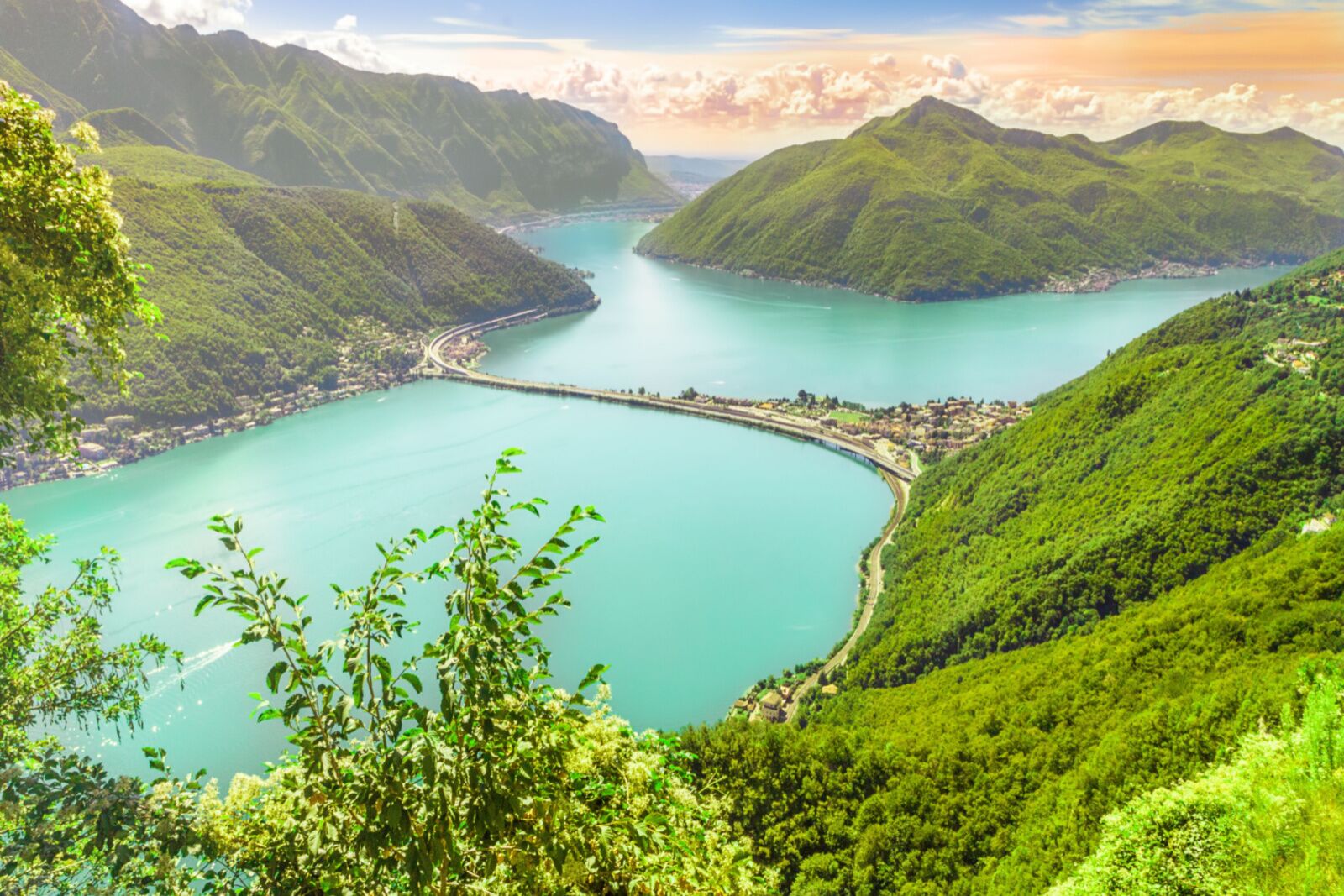 Only about 40 percent of Lake Lugano is actually in Italy, but even the mostly Swiss section of the lake is heavy on Italian personality. The predominant language and cuisine are Italian, and the palm trees and mild weather are more reminiscent of a Mediterranean seashore than an alpine lake.

The prettiest zone in Italian territory is on Lake Lugano’s fingerlike northeastern branch, where densely forested mountains surround an endearing cluster of lakefront towns. Campione d’Italia is especially notable as a tiny wedge of Italy completely surrounded by Switzerland. And a big plus of staying on the Italian section of the lake and dipping into Switzerland, either by boat, car, or train? It’s way more affordable. 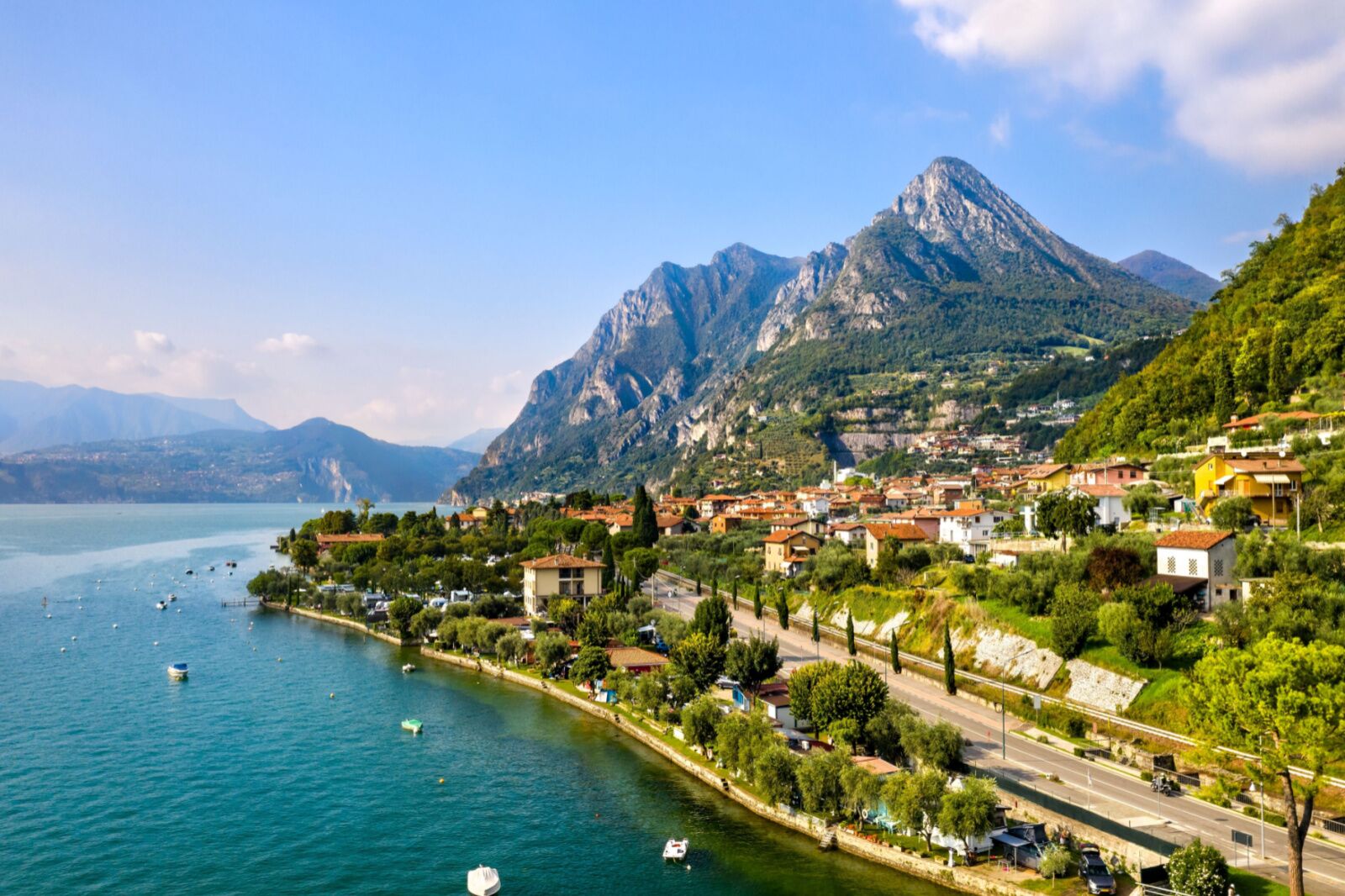 Seriously, locals love Lago di Iseo so much it almost feels like spoiling it to include it on this list. Wedged between the Lombardy cities of Bergamo and Brescia, this picturesque body of water is the antidote to the larger, often touristy, and overcrowded lakes in the same northern region. The small towns around the lake are essentially still fishing villages, running on the same seasonal rhythms that have sustained them for centuries.

Once you’ve slowed down to the relaxed pace, consider an outing on the water for fishing, sightseeing, kayaking, or windsurfing. And don’t miss a visit to tiny Monte Isola, with its pretty village and hiking trails leading up the wooded mountain. 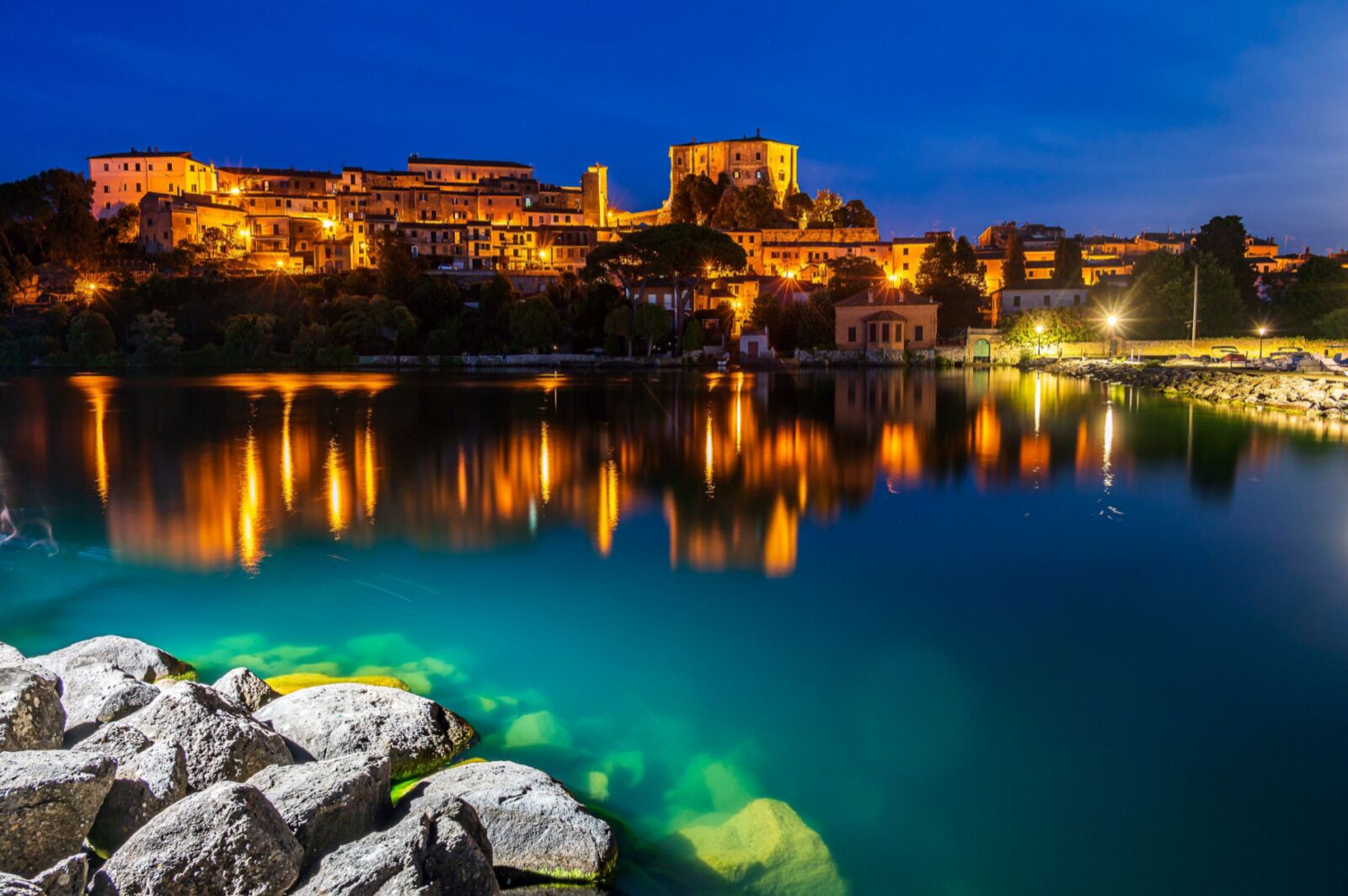 Alone as the only southern of the Italian lakes on this list, Lake Bolsena is also Europe’s largest volcanic lake. Lago di Bolsena formed nearly 400,000 years ago when a cataclysmic caldera collapse shaped the deep, roundish shell that eventually became the lake. The archaeologically-rich lands around the lake have been inhabited for eons, most evidently by the ancient Etruscans (the pre-Roman tribes who inhabited most of central Italy). You can see evidence of their settlements in the main town of Bolsena, as well as in nearby Grotto di Castro and, more famously, Orvieto.

Back on the lake, content yourself with swimming in water that’s usually clear and clean (unless the wind has stirred up some debris), paddling around on a rental, or spending half a day or so on a sailboat tour of the lake and its two scenic islands. 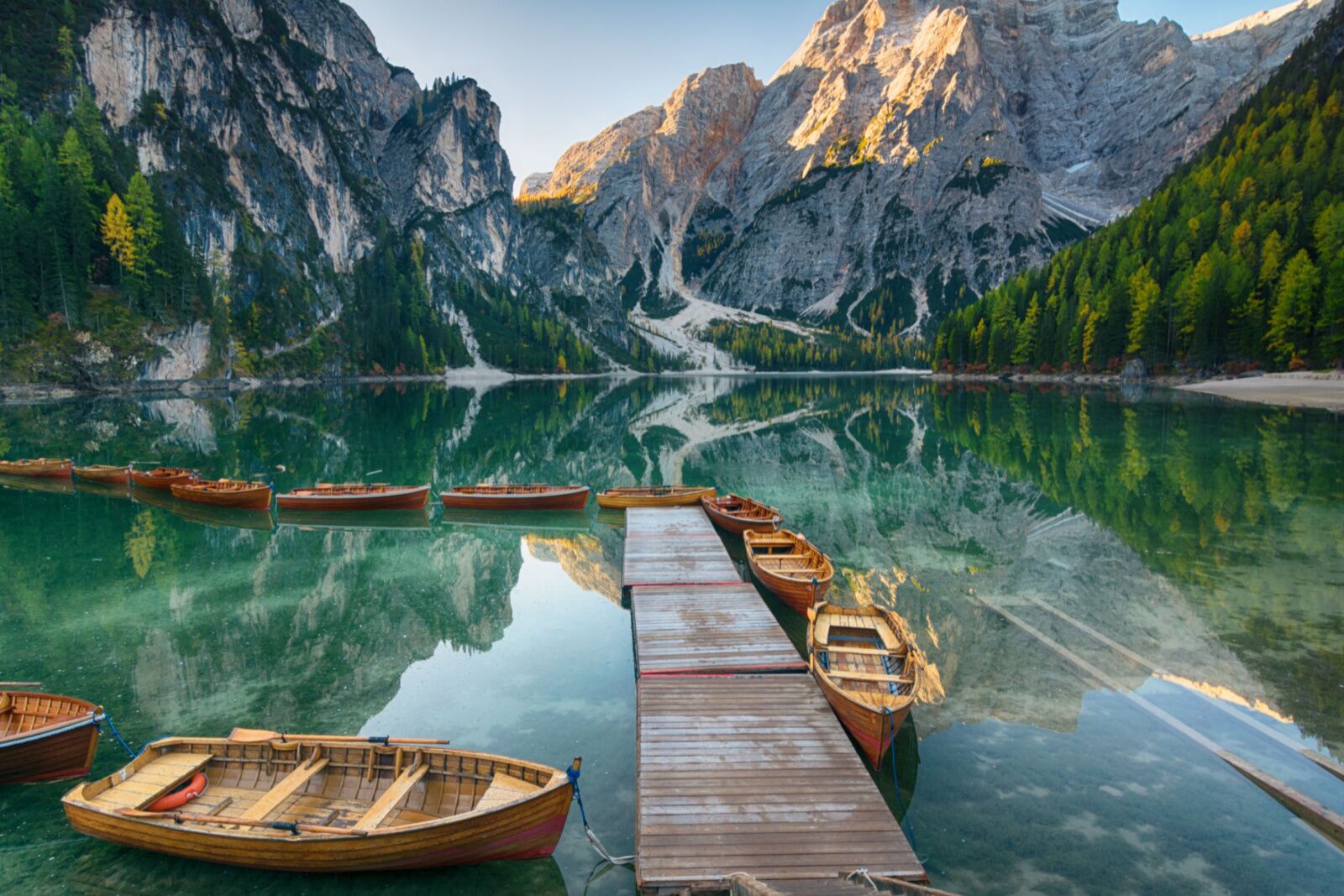 Nope, you’re not in Switzerland, but it’s easy to get confused. At less than one-tenth of a square mile, Lake Braies (called Lago di Braies in Italian or Pragser Wildsee in German, which is the other official language of the South Tyrol/Alto area) is tiny but packs a picturesque punch.

The high-altitude lake is surrounded by the Dolomites, Italy’s toothiest mountain range and home to some of the best hiking, skiing, and adventure sports in Europe. The lake water ranges from clear to milky turquoise blue to frozen solid depending on the light and season. Only the very, very brave swim here — water temperatures never rise above 14 degrees Celsius or a very brisk 57 degrees Fahrenheit. There’s a cozy three-star hotel on the lakeshore, an easy walking trail around the lake, and rental rowboats in the warmer months. 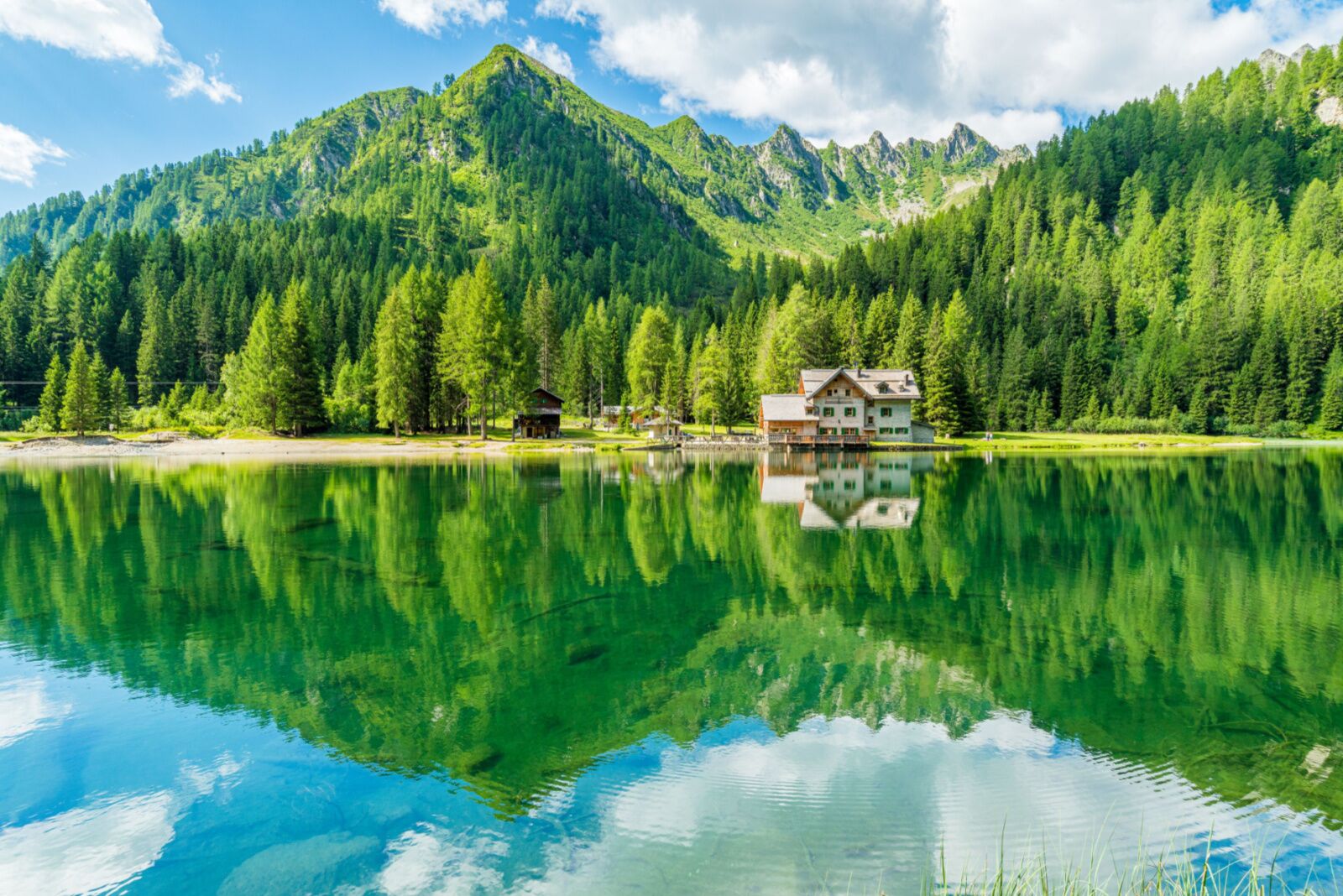 It’s the journey, not the destination, right? But at Lake Nambino in the Trentino region, it’s a little bit of both. This tiny lake is reachable only by way of a fairly challenging uphill hike from the trailhead near Madonna di Campiglio, a resort town about an hour from Trento. The hike takes about 45 minutes and passes through woodlands, passing rushing streams and waterfalls before terminating at the lake, where a welcoming, family-run rifugio awaits (as well as picnic areas, a meadow, and the clear-but-cold lake).

Watch your footing on the way down, especially if there are patches of thawing ice or snow — and yes, this writer may know this from personal experience. 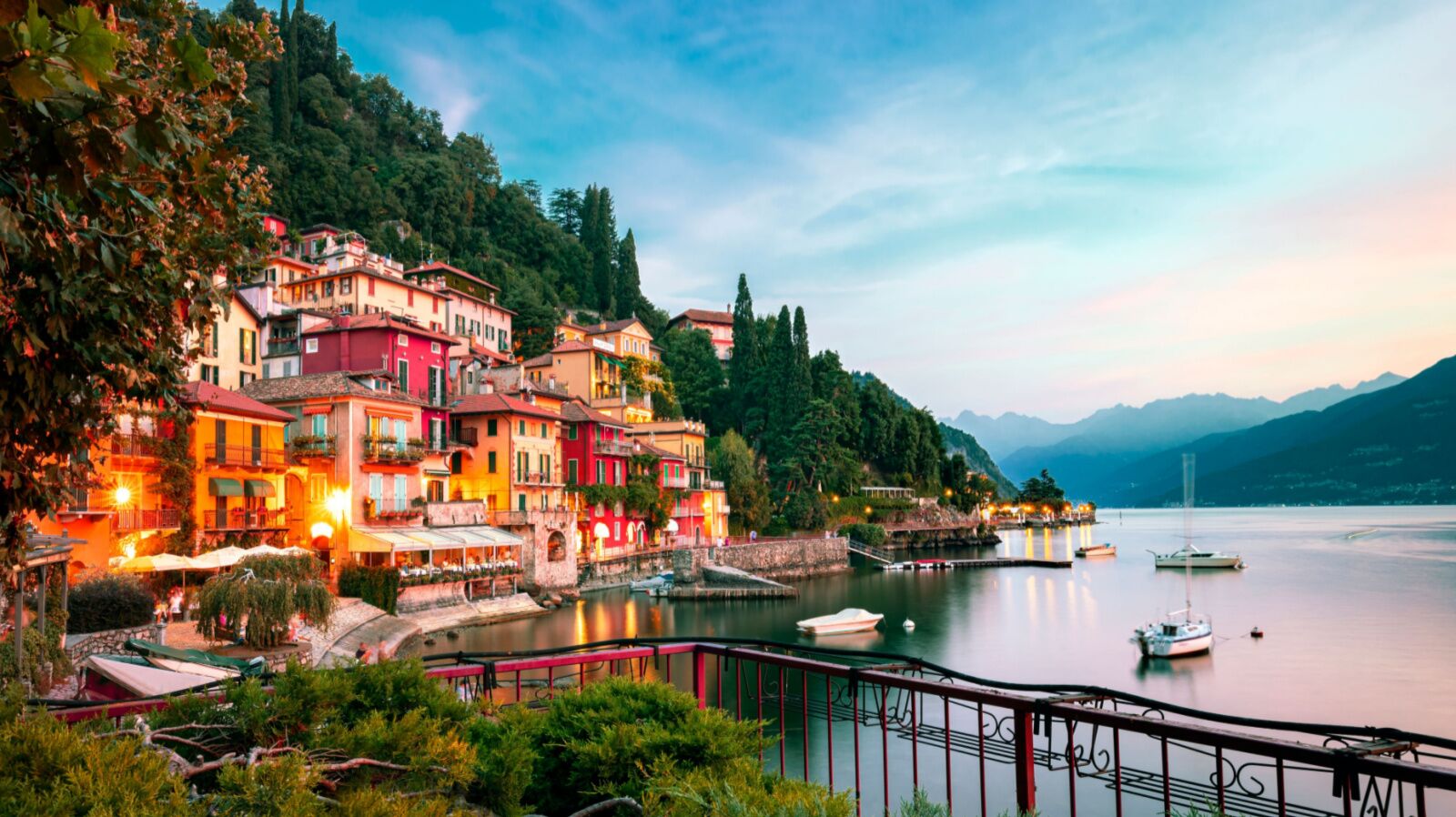 Like it or not, there’s a reason Lake Como is so popular among Italian lakes: it’s gorgeous.

Italy’s third-largest lake is shaped like an upside-down Y, with both the “arms” and central leg offering distinct experiences.

For the fashionable, high-priced Italian glamor that still evokes the jet-set days of yore, head to the towns of Como, Bellagio, or Varenna. Plan to visit at least one historic lakefront villa. Villa Carlotta and Villa del Balbianello are open to the public, but you’ll need to book a room (and part with a few thousand Euros per night) to see Villa d’Este.

For a less-aristocratic ambiance — and frankly, cleaner water for swimming, though perhaps lower odds of running into George and Amal — head to the lake’s northern reaches, where you’ll find more campgrounds than five-star hotels.