In Prague’s Wenceslas Square, a facelift project resulted in the discovery of dozens of paving stones made from Jewish headstones. Workers found cobblestones whose undersides bore Hebrew lettering, stars of David, and dates marking deaths. The polished surface of the stones indicated that they had been removed from cemeteries or synagogues.

The discovery confirmed suspicions that in the 1980s, communist authorities raided synagogues and cemeteries for building materials to use in the groundwork of the Wenceslas Square pedestrianization. 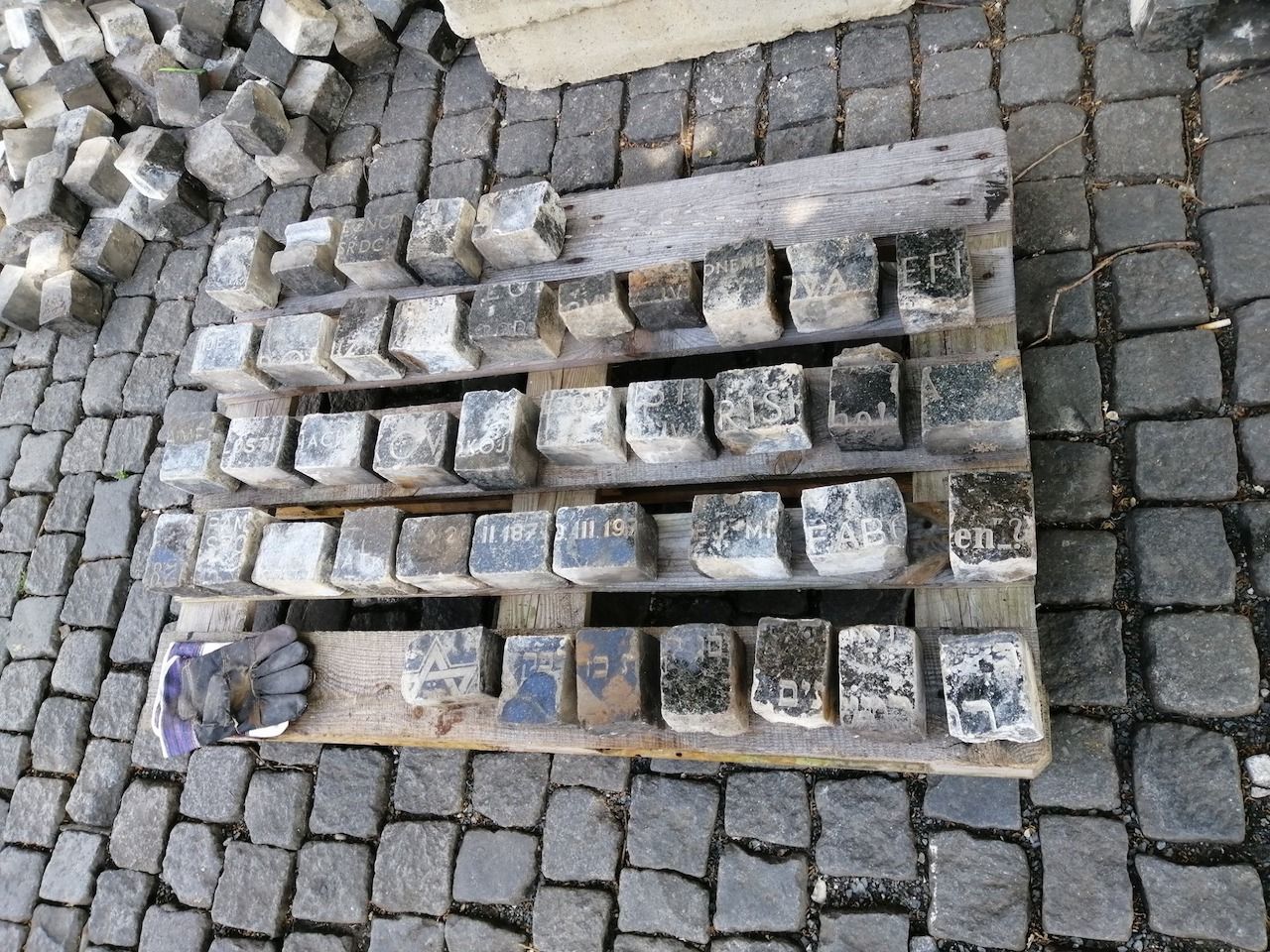 Rabbi Chaim Kočí, who witnessed the stones being dug up, told The Guardian, “We feel this is a victory for us because until now this was just a rumor. Maybe there were Jewish stones here, but nobody knew. It’s important because it’s a matter of truth. We are making something right for the historical record. These are stones from the graves of people who were dead for maybe 100 years and now they are lying here. It’s not nice.”

According to František Bányai, the chairman of Prague’s Jewish community, “More Jewish synagogues were destroyed in the area of the current Czech Republic during communist times than under the Nazis. It was because of their special approach to religion. Anti-Judaism was official policy and all the Jewish committees were supervised and managed by control of the secret police.”

Because the headstones have been broken to create cobblestones, the names of the dead are unfortunately unidentifiable. Community leaders are planning to use them to form a memorial at Prague’s old wish cemetery in the Žižkov district.

Art + ArchitectureThe 7 Most Amazing Synagogues From Around the World
Tagged
News Prague, Czech Republic
What did you think of this story?
Meh
Good
Awesome

How To Totally Botch Your Trip To Prague

What NOT To Do in Prague

10 Signs You're Going Through Prague Withdrawal

11 American Habits That Saved Me in Prague

12 Super Chill Experiences To Have in Prague