Queer literature is in a renaissance. It seems, especially during Pride Month, that there is an unprecedented abundance of literature written about, by, and for the LGBTQ+ community. Never before have queer stories been so accepted into the mainstream canon, exploring sexualities and identities through comprehensive works of fiction, nonfiction, graphic novels, and the like. If you are not quite ready to stop celebrating Pride and are in need of a summer novel, here are five books, each unputdownable reads for a beach day, lounging in the park, or even cramped in the middle seat of an airplane. 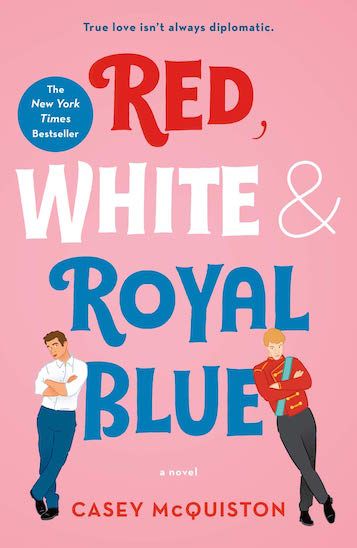 A modern-day fairytale love story, Red, White & Royal Blue is as cute as it is enthralling. Alex Claremont-Diaz, son of the US female president, falls in love with Henry, the Prince of England. Their relationship initially begins as archnemeses with a years-long, highly publicized animosity. But an international incident involving a $75,000 cake and a royal wedding leads them to form a friendship, first to keep up positive transatlantic relations, then blossoming into something more on one snowy night at the White House.

McQuiston does an excellent job of encapsulating the conflicting, gut-wrenching feelings of coming to terms with one’s own sexuality, but makes sure to portray this self-discovery in a stigma-free fashion. It’s not Alex’s bisexuality that’s the issue, rather the high stakes of their romance that accompanies a blinding public spotlight. You’ll never want Red, White & Royal Blue to end, wishing to stay in Alex and Henry’s world just a little bit longer — plus, Alex’s mom, President Claremont, is a total badass.

2. I Wish You All the Best by Mason Deaver 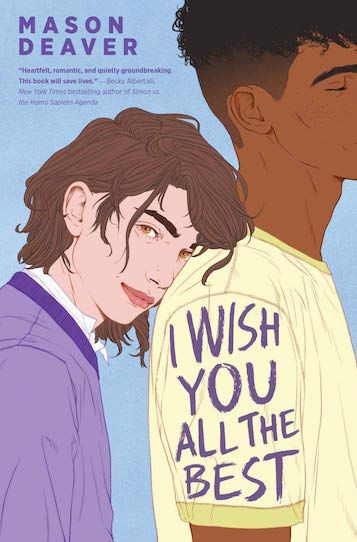 When Ben de Backer comes out as nonbinary, their parent’s reaction is less than ideal. Deaver spares the reader the fallout from this, but Ben’s heart-wrenching disappointment, fear, and dejection are so poignantly written. His estranged sister, Hannah, takes them in and shows love and compassion, even when she doesn’t fully understand what nonbinary means. Shortly after, Ben meets Nathan, a charismatic senior at their new high school, whose good-natured attempts at a friendship eventually melts defenses, leading to a romantic connection between the two teenagers.

Deaver’s storytelling style vacillates between tender, with Ben’s burgeoning relationship with Nathan; and cutting, a knife to the reader’s heart when Ben’s parents kick them out. One can imagine that Deaver poured his own struggles as a nonbinary person into these pages, the backdrop on which he paints Ben’s story. I Wish You All the Best is a moving read, wonderful for those looking to learn more about gender identity and the coming-out process of a nonbinary person.

3. Who Is Vera Kelly? by Rosalie Knecht 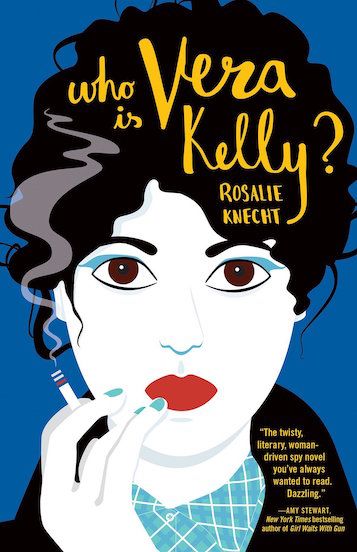 A Cold War lesbian spy novel? Count us in. Who Is Vera Kelly?? follows titular character Vera Kelly as she navigates 1965 Buenos Aires, a year when the country is poised for an inevitable coup d’etat. As a CIA operative with a knack for radio communications, Vera is tasked with wiretapping an Argentinian congressman and infiltrating student activist groups. Knecht delicately intersperses Vera’s current story in Buenos Aires with vignettes of her past, first as a girl discovering her sexuality in Maryland to Greenwich Village’s underground gay scene, in a pre-Stonewall era. But when revolution strikes in Buenos Aires and Vera is cut off from her CIA counterparts, she quickly finds herself doing what is necessary to survive, maneuvering between shady allies and a beautiful Argentinian student named Victoria.

The titular question finally feels resolved in the closing chapters of the book. Vera’s character is elusive, and the novel itself is a slow burn, with the main action taking place in the last third of the book — but, man, does it become a page-turner.

4. The Seven Husbands of Evelyn Hugo by Taylor Jenkins Reid 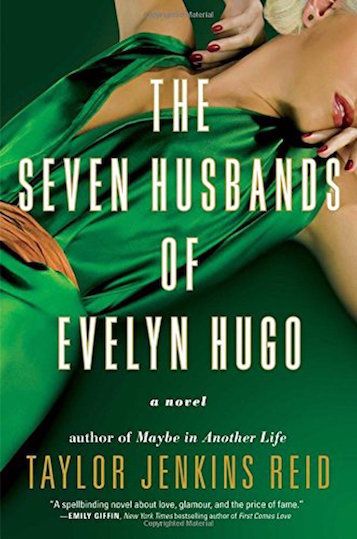 When magazine journalist Monique Grant is chosen by illustrious starlet Evelyn Hugo to be her biographer, she is honored but stunned — why her? As we move through the story, we quickly realize that there is far more to Evelyn Hugo than what meets the eye, beyond her famous seven husbands — she is bisexual, now proudly married to another woman and ready to tell her story. Reid crafts a gripping tale, pulling back the facade of old Hollywood glamor to reveal the homophobia, racism, and sexism that Evelyn dealt with in her life. Her story will make any young queer reader grateful for the freedom of self-expression we have today. We leave you with this quote from The Seven Husbands of Evelyn Hugo — “They are just husbands. I am Evelyn Hugo. And anyway, I think once people know the truth, they will be much more interested in my wife.” 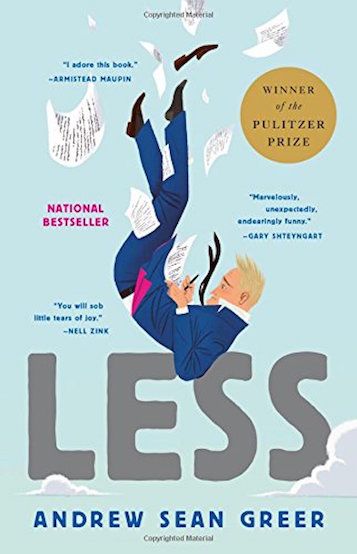 As soon as you finish this Pulitzer Prize-winning novel, you’re going to be wanting more. This travelogue follows failed novelist Arthur Less as he journeys on an international literary tour, the ultimate excuse to avoid attending his ex-boyfriend’s wedding — to his archnemesis’ son. Greer’s lyrical prose brings you around the world with Less, from the dramatic, colorful streets of Mexico City to huddling inside a hot, crowded tent in the middle of a Morrocan sandstorm. Arthur Less is so extremely well written, fleshed out, and endearing, you can’t help but fall in love with this character as he fumbles and triumphs on the leadup to his milestone 50th birthday.

The paperback is small and light at only 260 pages — it’s so engrossing you can easily spend an entire day on the beach devouring it, crying and laughing through it all.

How to celebrate Pride all year long

TSA technology singles out marginalized communities — and it needs to end

US citizens can self-select gender on passport without medical certification