If High Fidelity were a British film, Manchester is where it would have taken place. The city is the United Kingdom’s equivalent to Chicago, a major metropolis that would be too often overlooked if it didn’t have a booming music scene to fill in the colors. Indeed, the UK’s musical legacy would be far weaker without the Warehouse City’s contributions. London had the Sex Pistols, but Manchester had the Buzzcocks, who actually invited the Pistols up to Manchester for the first time. London gave us Bush, but Manchester produced Oasis — and any argument claiming Glycerine is more important than Wonderwall, well, that’s just subjective, mate. What isn’t subjective is that live music is a big deal in Manchester. The city is home to a diverse assortment of clubs and pubs playing everything from rock to house, and there’s no shortage of odes to the British punk legends. Here’s how to dip your toes in the scene during your visit. 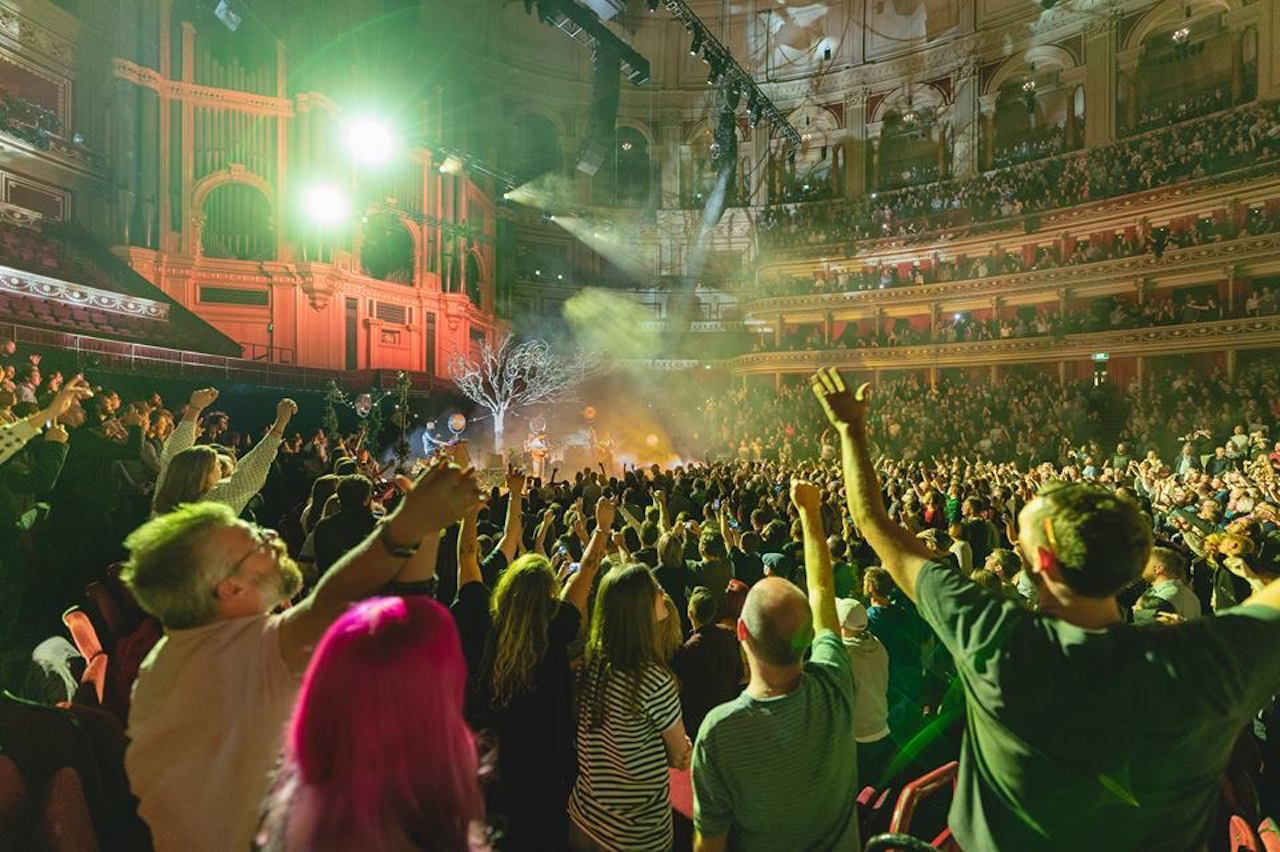 Manchester is a regular tour stop for big-name artists from around the world touring the UK. Check the schedule at Albert Hall and the Manchester Arena, especially if you’re in town on a weekend — your favorite band just might be in town.

Albert Hall: There’s nothing quite like partying in a church. Albert Hall occupies an old Wesleyan chapel, swapping the pulpit for a stage that now welcomes the likes of The Oh Sees, Wilco, and other big-name artists making the rounds through the UK. The experience of theater-level shows remains authentic and approachable here, and you can have dinner and a round or two of pre-show drinks in the on-site restaurant and pub to get warmed up. If you attend a busy concert, check out the upstairs balcony for better viewing than you might find from the back of the main floor. The venue is located in the heart of the city center, within walking distance or a quick commute from many hotels and tourist attractions.

Manchester Arena: If you’re in town at the same time as a musical legend, odds are they’re performing at the Manchester Arena. In the coming months, Hall & Oates, Eagles, Lynyrd Skynyrd, and KISS will all perform here, with monster truck rallies, stand-up comedy, and Premier League Darts happening in between. The venue is one of the largest indoor arenas in Europe with a capacity of 21,000 people, a number sure to be put to the test when The Backstreet Boys come to town in June. 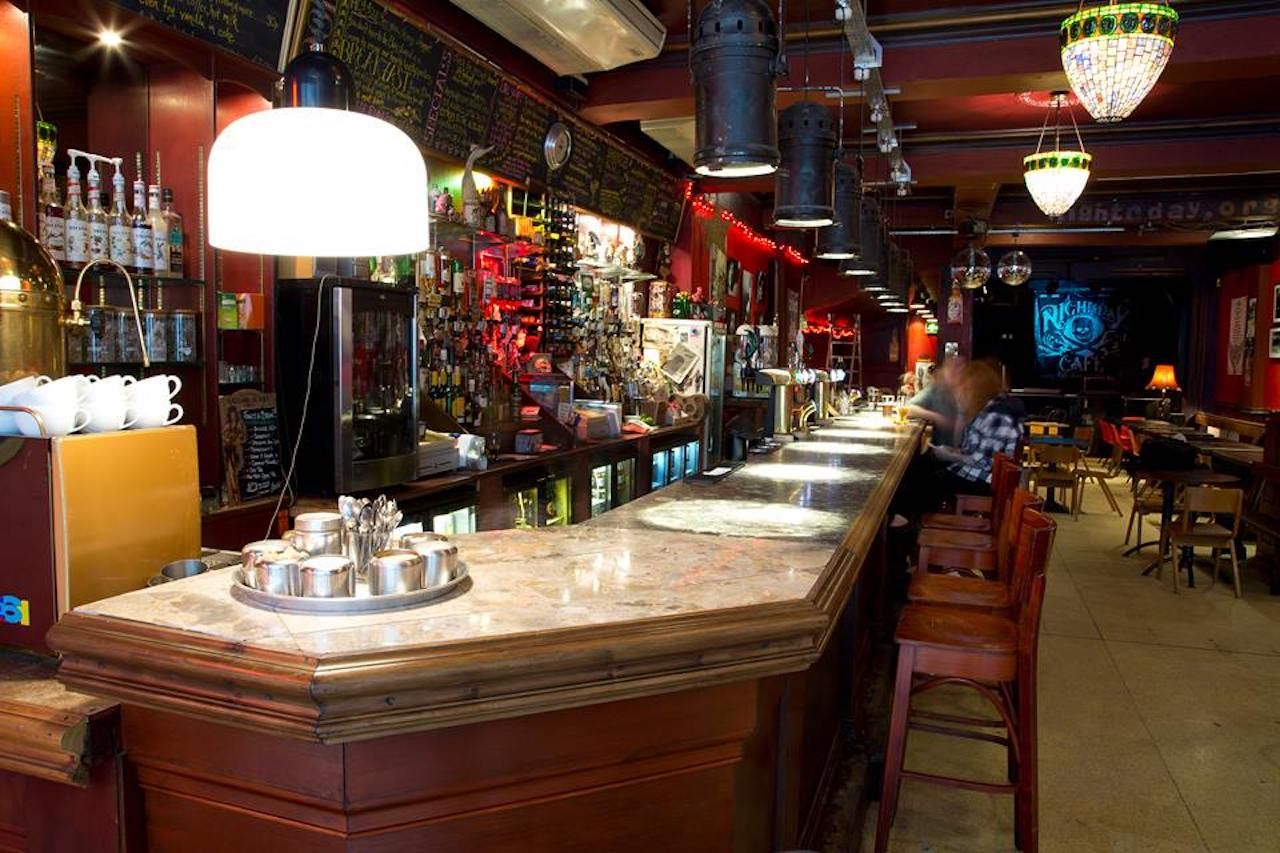 Head to Oldham Street in the Northern Quarter to catch a rock show. This neighborhood in the northern part of the city center is lined with bars, restaurants, and venues, and it’s popping most nights of the week with students, travelers, and long-time locals alike.

Night & Day Cafe: A dose of musical diversity to Oldham Street. You may see an up-and-coming indie rock band or jazz quartet one night and a DJ-fueled dance party the next. The space has hosted live music since 1991 and has established itself as a tour stop for artists working their way toward that big break. Mumford & Sons is a prime example as the group played here prior to the 2012 release of “I Will Wait,” which catapulted them to the Manchester Arena. Night & Day opens at 10:00 AM and also happens to serve a wicked eggs benedict, so if you happen to forget your credit card at the bar, there’s no shame in showing back up the next morning.

Gullivers: You get two music venues in one at Gullivers: The bigger club upstairs hosts low- and mid-level touring acts across multiple genres, and the high-end local players that support them, while the pub room downstairs is fit for more relaxed acoustic performances. There’s something going on here nearly every night, and its location in the heart of a nightlife district makes it the ideal stop for an early evening pint to plan out the night’s adventure (though there’s a solid chance you’ll end up staying put).

The Castle Hotel: Across the street from Gullivers, The Castle Hotel is a far more intimate space. The cap is 80 people, and even on a busy night nearly everyone is within arm’s distance of the band. Every town with a decent music scene needs a place like The Castle, where local bands can hone their stage show and work up to opening slots for touring artists. On any given night, you’re likely to catch both a band that headlines bar gigs across the UK and one that is a couple years shy of doing so. Contrary to what the name suggests, however, it’s not actually a hotel — so keep your lodging and drinking plans separate. There’ll be no quick stumble to an elevator depositing you on your assigned floor.

Rebellion Manchester: If moshing is part of your evening plans, Rebellion needs to be the evening’s central destination. Here, you can catch punk rock, metal, and various other forms of power-chord ripping rockers in the spirit of the old UK scene of the seventies and eighties. This is the type of place where you can feel the energy and passion of both the working-class bands that play here and the scene kids keeping the dream alive for another generation. There’s also a good amount of nostalgic throwback to the place thanks to an open floor, cheap beer, and a crowd that tends to get a bit rowdy. Rebellion embodies the old punk ethos in more than just its name.

The best dance clubs in Manchester 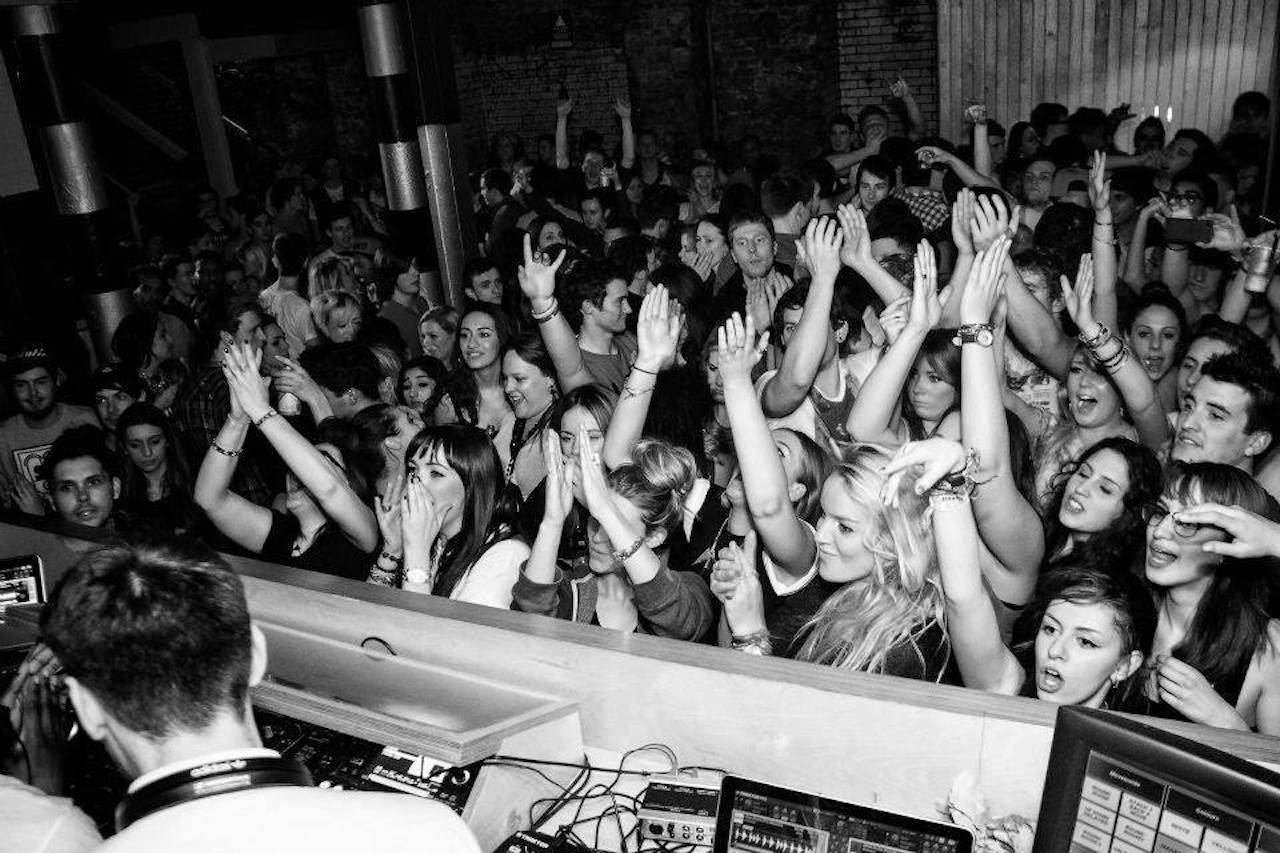 The electronic music scene in the UK ranks among the top worldwide, with Manchester a part of its beating heart. The party goes late here, often until 4:00 AM or later, and typically picks up around midnight.

South: The best place in town to experience the madness of the electronic scene. The establishment is a dance club so true to the roots of the movement that plans for a night out here are more likely to involve a sunrise than a sunset — South doesn’t even open until 11:00 PM. The venue hosts local parties and house DJs as well as after parties for big-name events throughout town. The small, underground space offers an ideal atmosphere for electronic music and general revelry. The crowd is young and ready to hit the dance floor, and the bar typically has a drink special that keeps the party going until well into the AM. If you’re going to spend a night at South, don’t make early-morning plans that you actually intend to keep.

Viva: Another late-night dance spot and nightclub in the truest sense. Here, the sectioned-off dance floor is the spotlight, lined with dancers and surrounded by groups taking advantage of bottle service. Glow sticks and go-go outfits are the norm here, and if there’s a chance of spotting a celebrity out for a raucous night on the town, the VIP section at VIVA is your best bet. The venue is open Friday and Saturday nights, along with special parties and events that happen throughout the week.

Mint Lounge: A solid club in its own right, Mint Lounge makes this list because of its ongoing Saturday night rager, Funkademia. This is the event you wish your college-town nightclub had. Run by a series of resident DJs who are personalities about town in their own right — radio jockeys, promoters, and long-standing innovators in the UK dance scene — this weekly throwdown brings out the best dancers and craziest outfits you’ll see anywhere in the city. Funkademia has mastered the concept of a killer party — the playlist stretches from modern house to high-beat funk to hip-hop and top 40, all blended together into a continuous mix of awesome that keeps the floor packed every Saturday until the staff forces everyone out onto the street just before the sun begins its slow climb over the Beetham Tower. The party first kicked off in 1995 and has rotated through a number of nightclubs since, with Mint Lounge being the perfect setting for its contemporary incarnation, located in the heart of the Northern Quarter.