Hybrid Air Vehicles (HAV) wants to change the way we fly. Instead of the traditional airplane experience that’s reminiscent of sardines in a tin can, HAV’s Airlander 10 promises a roomy experience that seats 100 people in comfy seats with stunning views. But perhaps what’s most impressive is the company’s commitment to having a low impact on the environment. The hybrid version of the airship will be released by 2025, and will have 90% fewer emissions than a traditional aircraft. The all-electric version will debut by 2030.

“For many decades flying from A to B has meant sitting in a metal tube with tiny windows–– a necessity but not always a pleasure. On Airlander, the whole experience is pleasant, even enjoyable. And in the hybrid-electric and future all-electric configurations, Airlander is fit for our decarbonised future,” George Land, the Commercial Business Development Director, stated in a press release. 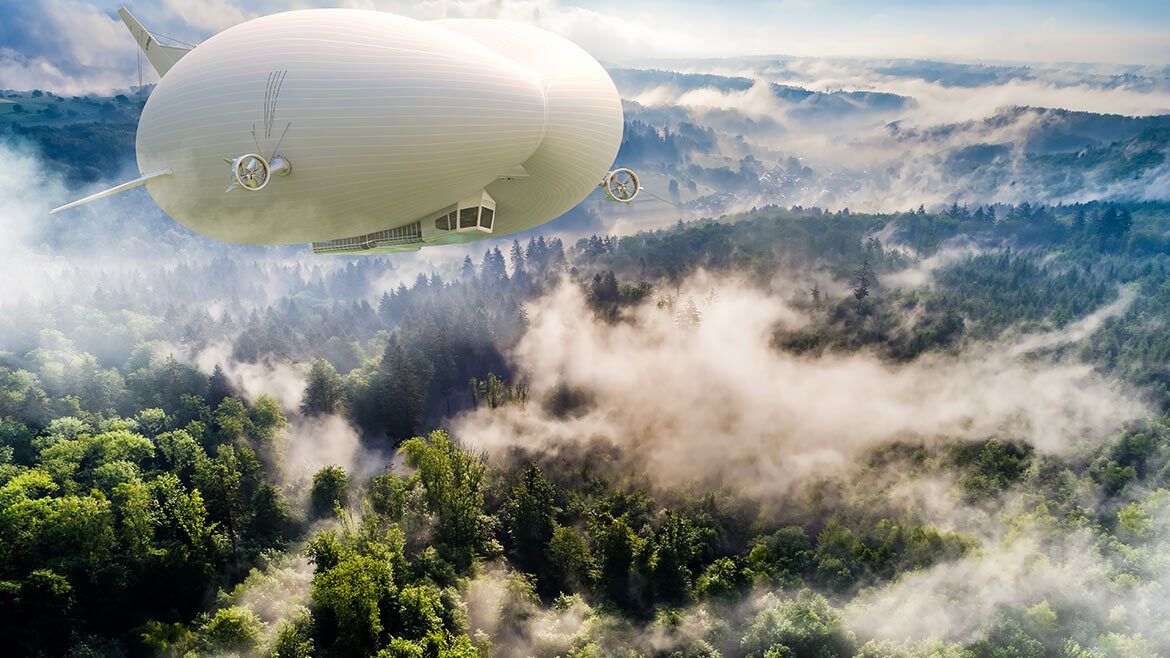 The airship is designed very differently from a traditional airplane. The cabin will be unpressurized, but will be held to the same standards as any airline. The airship will not experience turbulence like other aircrafts, and you might even be able to ditch the noise-canceling headphones because it’s also not expected to make as much noise.

As for the cabin, the current plans are quite luxurious. With floor-to-ceiling windows and comfy seats, passengers will not lack comfort, whether they are traveling in the 70-passenger cabin configuration of the 90-passenger one. 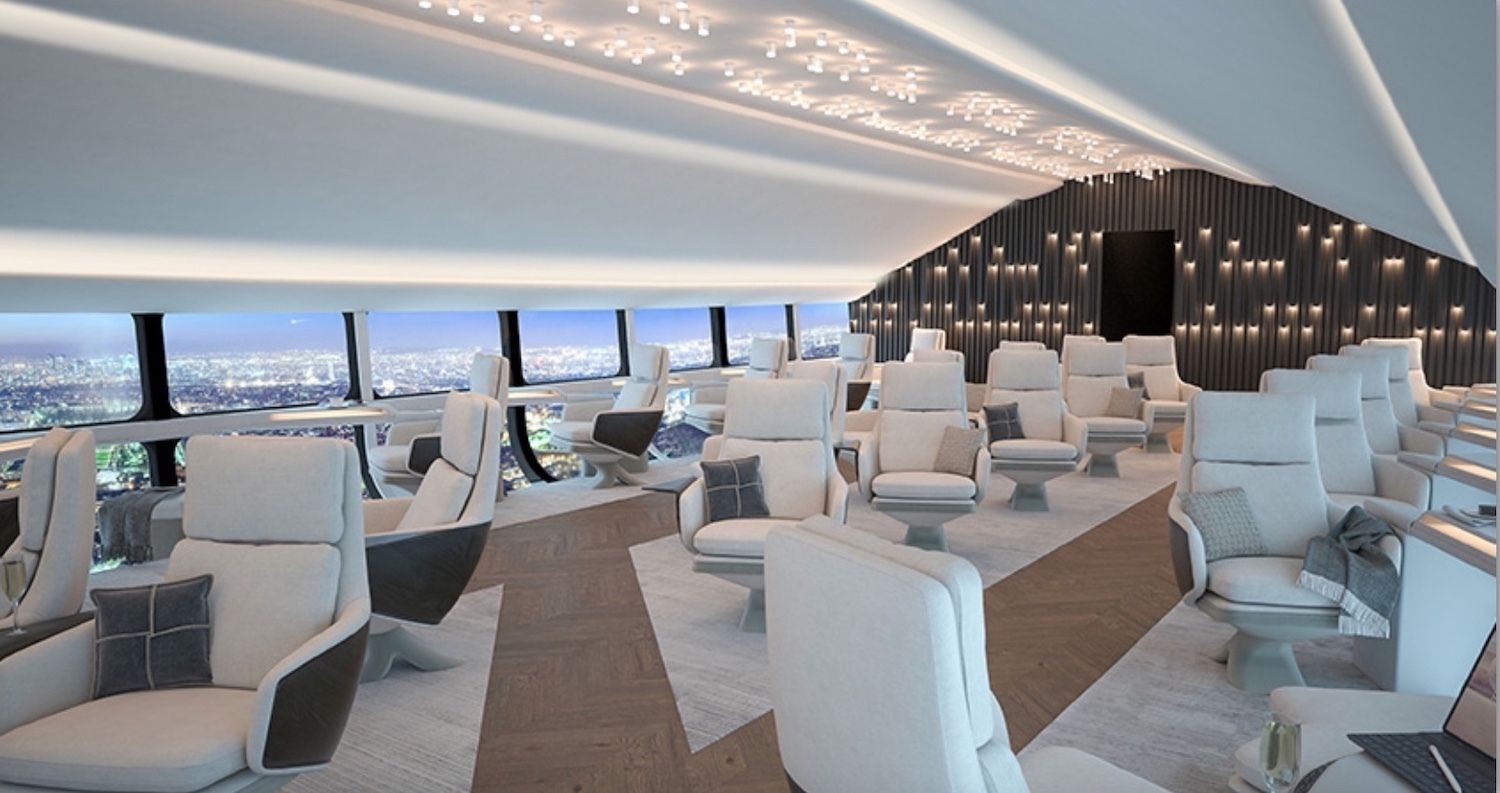 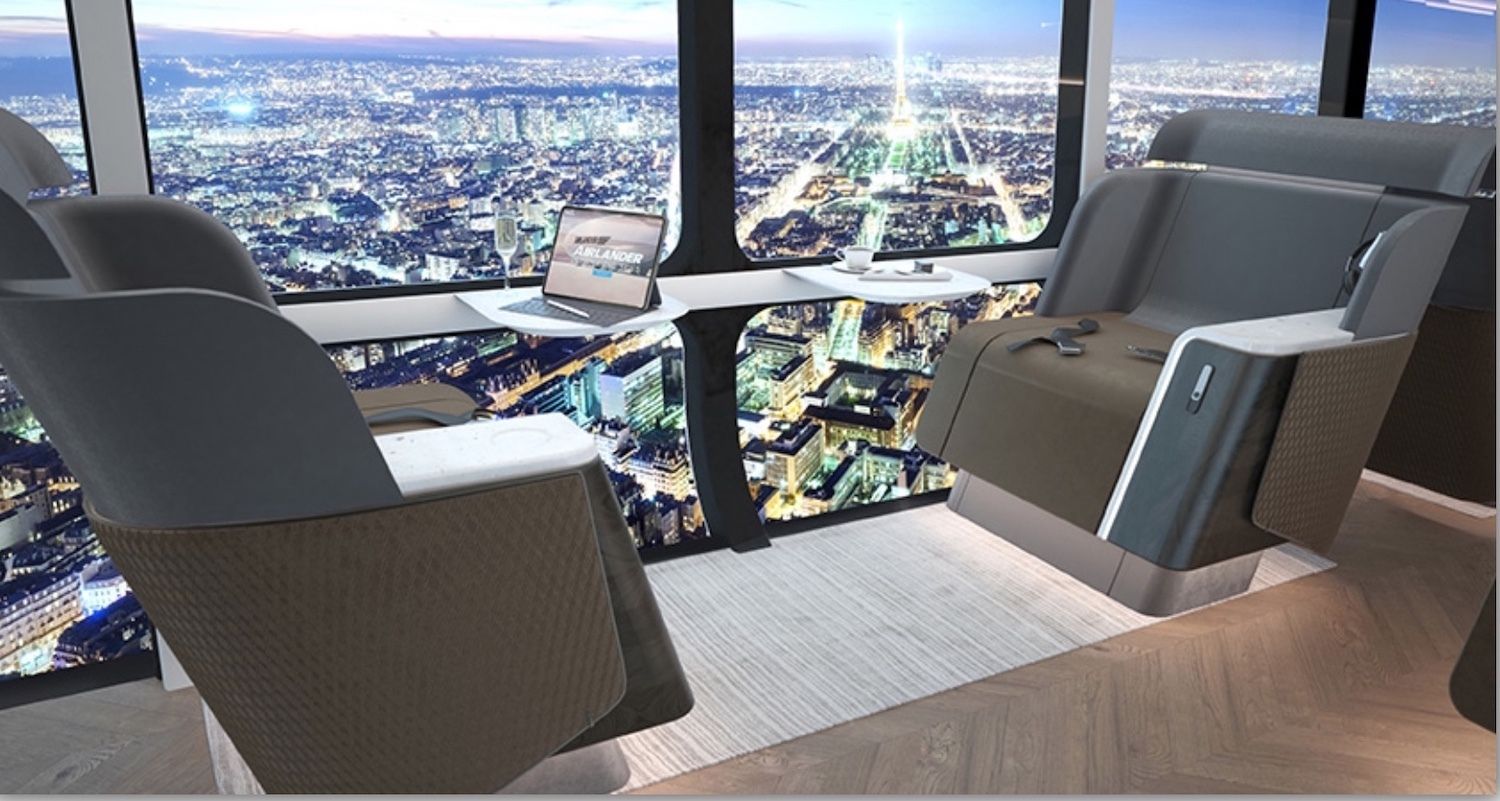 HAV also plans to focus on shorter flights connecting major cities; examples include Liverpool, England to Belfast, Northern Ireland; and Seattle, Washington, to Vancouver, Canada, proving this a low-carbon way of traveling “from city centre to city centre,” according to HAV’s website.